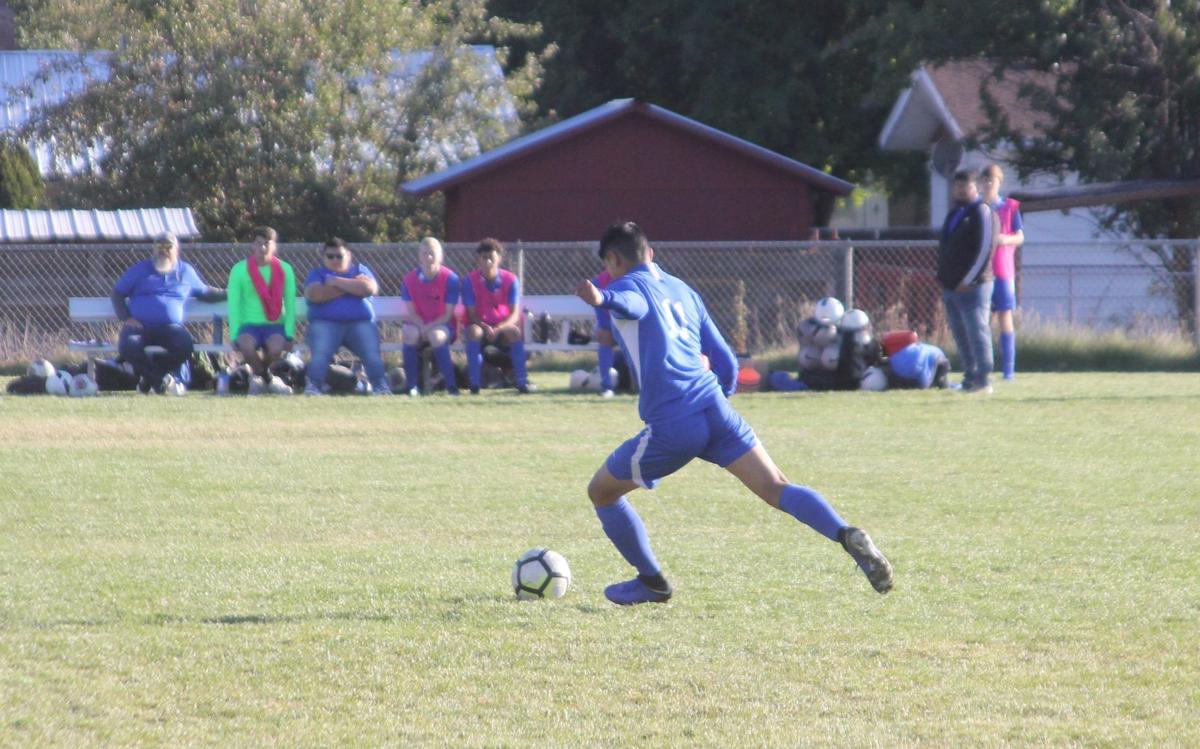 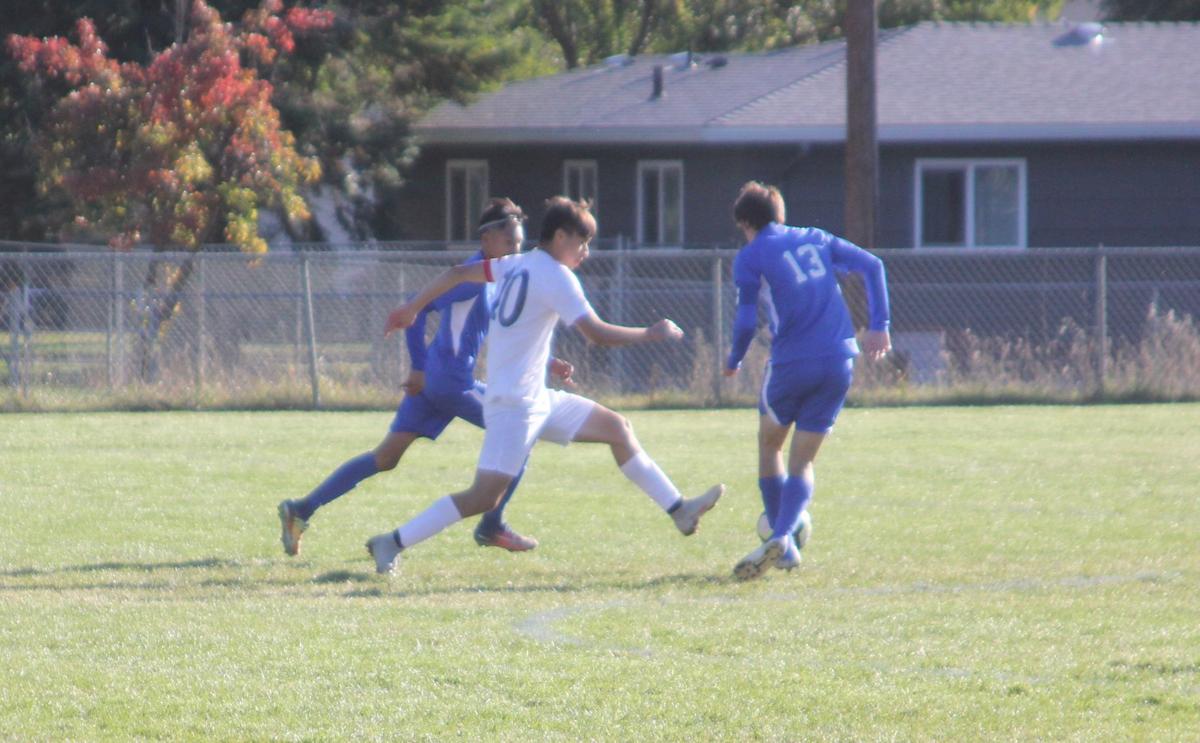 Mazama boys’ soccer had a tall order to fill against a No. 3-ranked Phoenix.

The Vikings have just one Skyline Conference win – a 1-0 victory against a then 2-3 Klamath Union – but were looking to upset the Pirates on Thursday night in front of their home crowd to deliver Phoenix its first league loss.

In the first half, the Vikings (1-4), managed to hold the Pirates (4-0-1) to zero, but couldn’t convert on offense, leading to a scoreless first 40 minutes.

It wasn’t until late in the match that either team managed to find the back of the net.

With a breakaway drive, Phoenix senior Randy Rodriguez put the Pirates on the board in the 63rd minute. Nearly two minutes later, Phoenix sophomore Caden Gallegos followed suit with a drive and score that handed the Pirates the eventual 2-0 victory, their third straight.

“At the last twenty, we just gave up,” Mazama sophomore Chris Ramirez said. “Whenever someone scores on you, you start giving up and [you] start all giving up as a team.”

Despite the final twenty minutes, the teams looked evenly matched.

Mazama had four corner kicks to Phoenix’s eight, while the Vikings outshot the Pirates 12-11, in a physical match with 25 combined fouls.

Mazama head coach Sergio Cisneros said he thought his team stuck to their game plan well, but the Pirates capitalized on the Vikings’ mistakes.

“We have a lot of guys that still need to get some reps in as far as varsity experience,” he said. “We have more than half our team who’s never played or started a varsity game.”

Still, the Vikings defensive effort was strong, especially in the second half as the Pirates pressured the ball more in front of Mazama’s goal.

Mazama goalie Bradley Truett, a JV goalie pulled up to play varsity, rose to the occasion and had eight saves, including several key second-quarter saves.

“Man, he played amazing,” Cisneros said. “It was his first high school varsity game starting as keeper against an opponent who’s undefeated. He did awesome; he held it. He protected our zone well and I’m super proud of him.”

Truett had two big saves early in the second half, one of them a diving diversion that resulted in a Phoenix corner kick which he subsequently blocked.

“It was very nerve-wracking considering I’ve played soccer most of my life and then finally I get to play on a big level,” he said.

“When you save it and know you did all you could to get that ball out of there, it feels good knowing you saved your team from just putting their heads down a little bit.”

While Truett was shining in his varsity debut, senior Jermais Guajardo missed a heartbreaking open shot in the 56th minute that will likely stick with him for some time.

Guajardo dribbled past the Pirates’ goalie for an open shot on goal, but his kick was off, and the ball went just shy of the left goal post. The senior forward was devastated, beating the ground after the play, clearly disappointed in himself.

He was subbed out and walked back to the bench with his head in his hands.

After the game, Cisneros told him he has 24 hours to dwell on the moment and then he needs to move on.

“When he came off, he was very emotional, didn’t know how to react. He was feeling a lot of emotions from what I saw,” Cisneros said. “I wanted him to know that I was proud of him, he learned something and the next time he gets an opportunity like that, I expect it to end differently. He knows that.”

After that 24 hours Guajardo, and the rest of the Vikings will need to turn their focus to Monday’s 6:30 p.m. cross-town rivalry match at Henley.