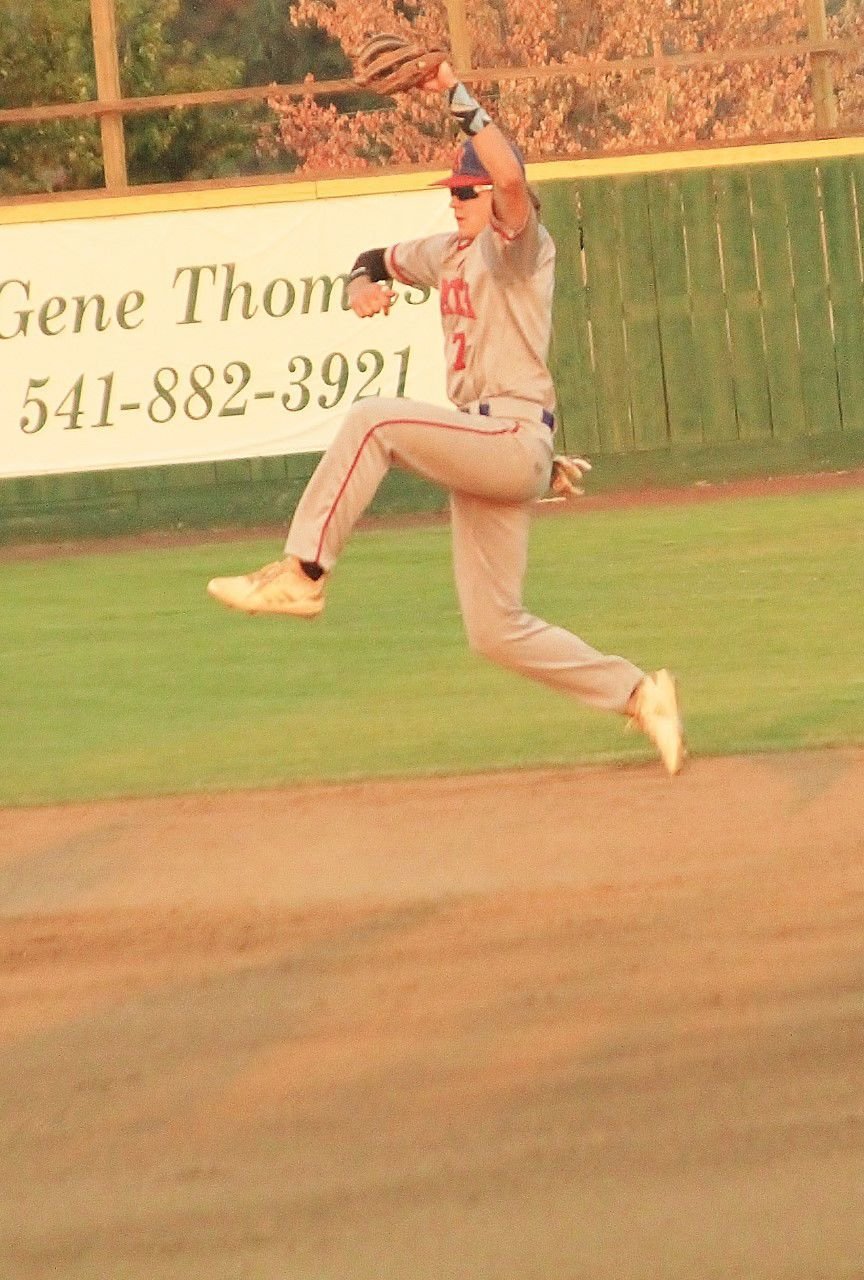 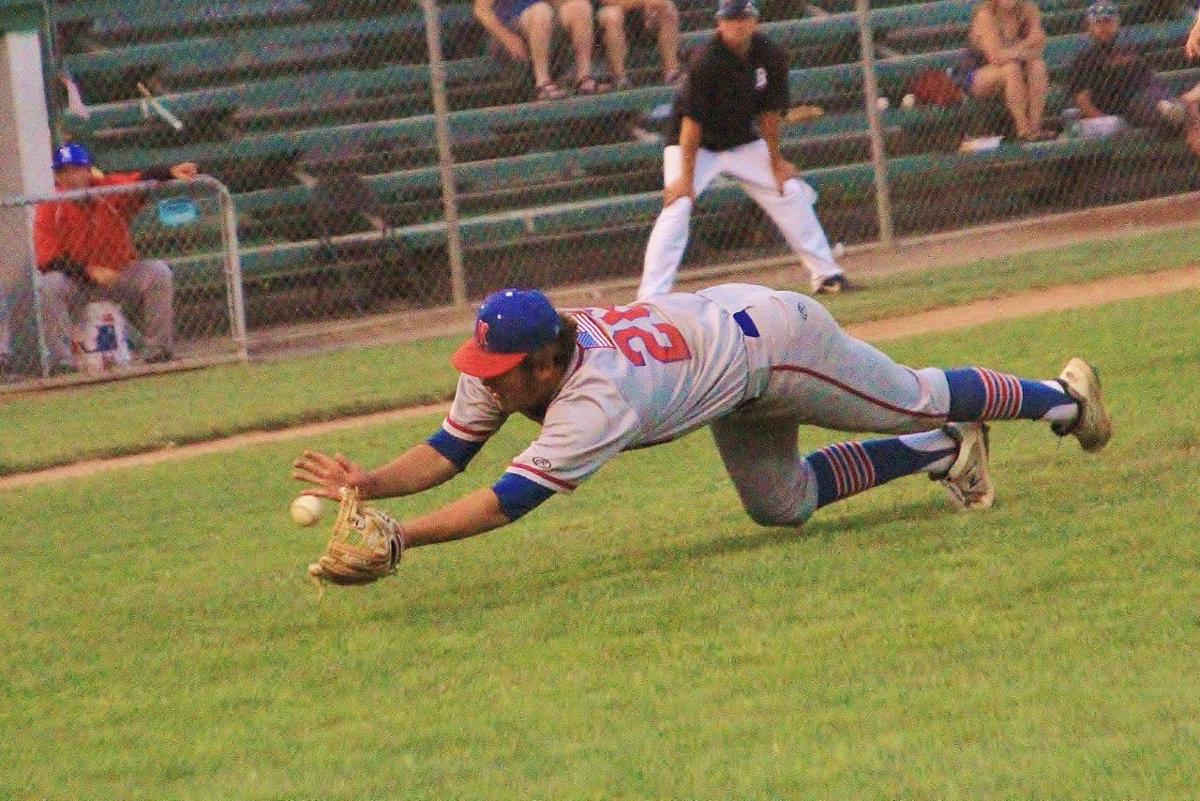 Scott Lewis dives for the baseball during the Falcons versus Beaverton elimination game of the state American Legion tournament Sunday at Kiger Stadium. 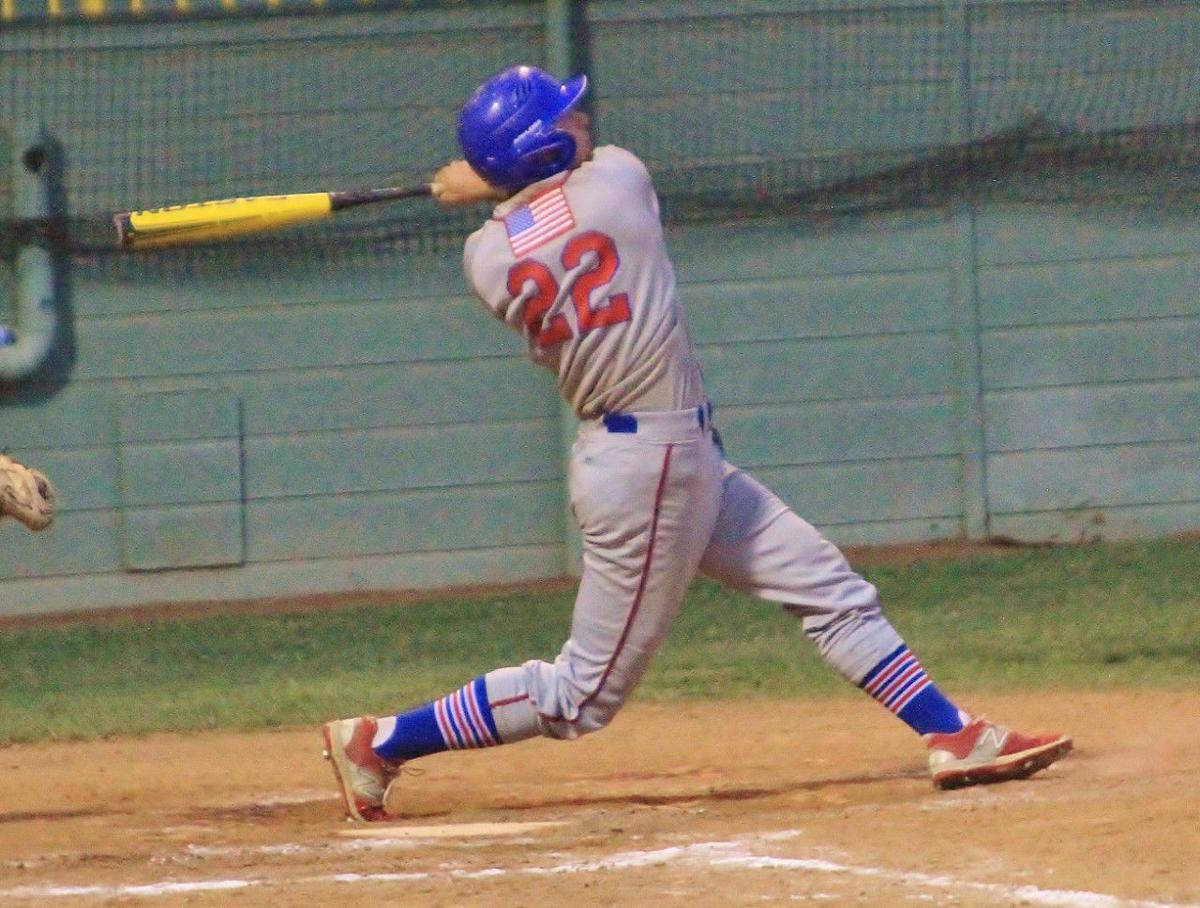 The Falcons Blake Loney takes a swing at the baseball against Beaverton in an elimination game of the American Legion tournament Sunday at Kiger Stadium.

Scott Lewis dives for the baseball during the Falcons versus Beaverton elimination game of the state American Legion tournament Sunday at Kiger Stadium.

The Falcons Blake Loney takes a swing at the baseball against Beaverton in an elimination game of the American Legion tournament Sunday at Kiger Stadium.

There was no regret, no shame, no disappointment.

After a loss to Medford on Saturday in the first round of play, the Falcons were booted out of the state competition in a 6-1 defeat to Beaverton at Kiger Stadium.

On paper, it was not the season the Klamath Falls Falcons wanted. The team was aware of its 3-17 Area 4, and 6-33 overall record.

Surely, players with more experience could have been on the roster, but Klamath Falls competed with what it had.

For Whisler, with the season over, the post game chatter meant something a little different.

“I am proud of the relationships I built with the kids here and hopefully that can continue. I am very fond of the people in this room,” Whisler said. “I was proud to be a player in this program.

“When I am long gone, I can look back and say I am proud to wear this uniform still to help kids grow and get better.”

The trouble started for Klamath Falls once it fell behind Beaverton, 2-0, after two innings.

Beaverton’s first tally on the scoreboard came off an unearned run, the second off a RBI single by Darik Salinas.

The Falcons finally had life in the top third inning when Gavin Graham scored after an error.

A punch in the jaw was felt when Trent Walker followed with a two RBI double in the bottom of the fifth inning that was sent far into right field and scored teammates John Oleson and Mike Ball.

The RBI double by Phoenix Forrester scored Kellen O’Connor in the ensuing inning, and Forrester then scored by single off Oleson in the next at-bat.

Klamath Falls best chance to do damage was in the second inning.

Garrett Campbell reached first base on a fielder’s choice and was moved to third after a double by Jagger Graham, but both players were left stranded.

The Graham brothers were the only Falcons to come away with hits in the contest.

Jagger Graham ended 3-for-3, while Gavin Graham had the Falcons fourth hit in the top seventh inning when he doubled.

Jagger Graham was named the Falcons Player of the Game.

“We tell each other we are out here to get better. Every kid here knows that, but we want to win. We had a blast and it did not feel like, oh, we have a bunch of kids from different schools. It felt like one family with the same purpose,” Jagger Graham said.

“Being older, being looked up to, if you are going to be that role, why don’t you show that out on the field?”

“I just want to get better for the next level. You keep pushing yourself and if you do, you will get better and will be better than most of the players that do not do anything. My mindset was getting better for myself and my team, and that is why I am playing this.”

One of the six players to share a hug with Whisler was Henley graduate Blake Loney, who ended his tenure with the Falcons Sunday. He has been with the program for the last four years.

Loney’s hug lasted the longest and was likely the most heartfelt for Whisler.

“You are one of the best players to come through this program since I have been here. I mean that. Did you hear me,” Whisler said.

After the embrace, Whisler chased down a picture with Loney to keep for the memories.

Loney has had one of the top batting averages in the Klamath Basin for several years.

Essentially, Loney was born to be a Falcon after he watched his father, Tom, and uncles Chris and Tommy Howard play for the program, all players also coached by Whisler.

“I always looked up to my dad, uncles and cousins. Wearing the Falcon uniform was great in finally getting to do it. I knew it was the right way. I did the right thing for four years,” Loney said.

“Hopefully my little cousin (Skyler Howard) ends up playing to carry that on. It has been great following my cousins the last few years and see how they are doing because I have looked up to them my entire life.”

Loney will now be a part of the first baseball program in over 30 years at Umpqua Community College.

He is the only player on the team to play on a full scholarship.

“Before you know it, everything is gone. I will probably never play here again. I said to my team to just enjoy it while it lasts because you never know when it will end.”

Along with Loney, Curtis Mick and Campbell also played their final games as Falcons.

Whisler said he has no plans of slowing down anytime soon.

“I told them, you would not have been on that field if you didn’t earn it. We grew as a group in a lot of ways, and if you need anything from me, I am right here,” Whisler said. “If you need help somewhere down the line in life, be honest with yourself and those you are around. Trust them.”