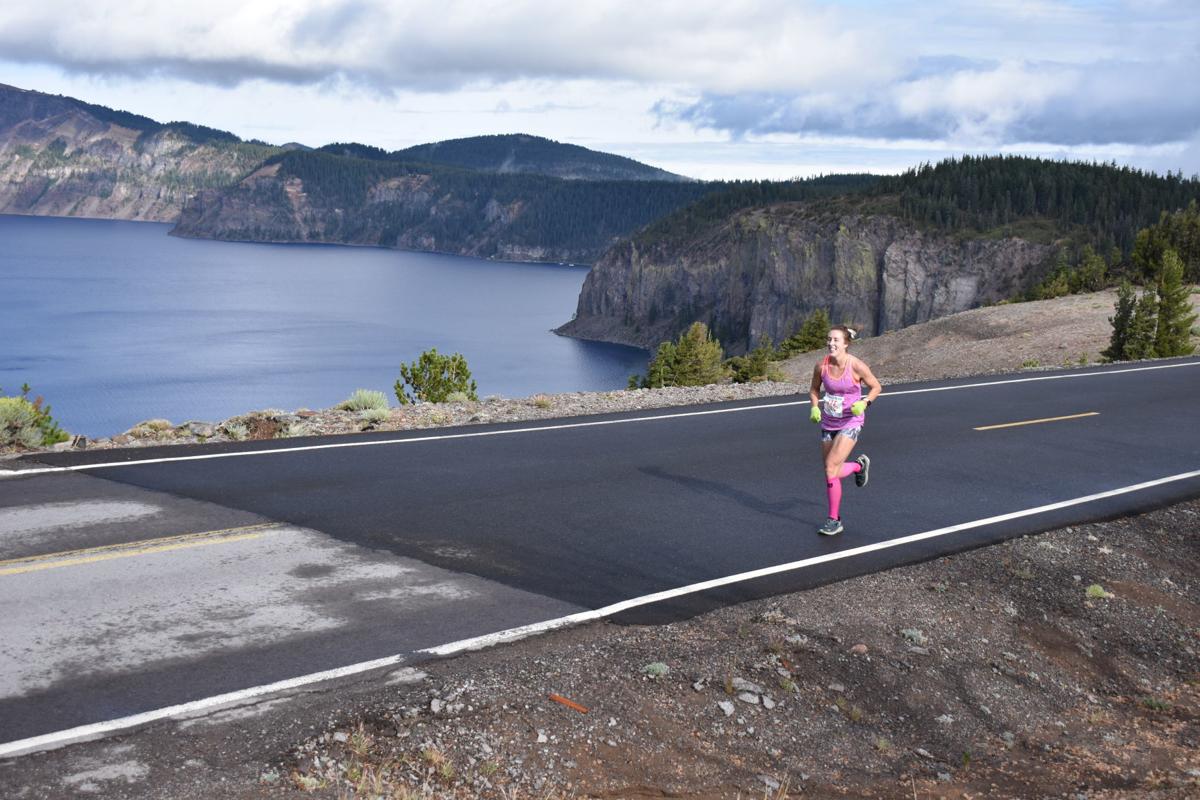 Linsie Fisher runs along Crater Lake Saturday on the way to a sixth-place overall finish in the 13-mile run. She was the third woman to finish the half-marathon. 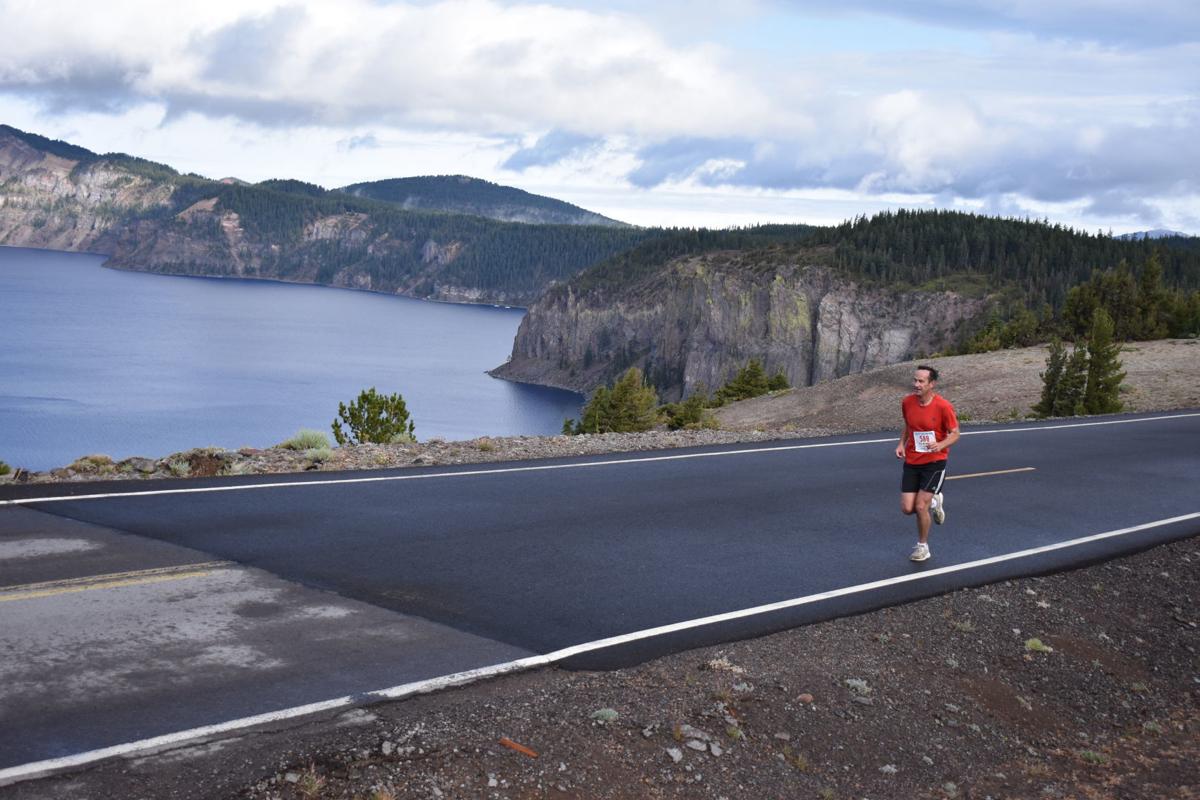 Mark Buckner ran in the marathon Saturday, and finished third. He was two minutes behind runner-up Andrew Nelson after the two traded positions throughout the 26-mile, 285-yard race.

Linsie Fisher runs along Crater Lake Saturday on the way to a sixth-place overall finish in the 13-mile run. She was the third woman to finish the half-marathon.

Mark Buckner ran in the marathon Saturday, and finished third. He was two minutes behind runner-up Andrew Nelson after the two traded positions throughout the 26-mile, 285-yard race.

CRATER LAKE NATIONAL PARK — Add Wyoming to the list of states which now has an event winner at the Crater Lake Rim Runs and Marathon.

Michael Rotellini of Sheridan broke into what had become a Klamath Falls staple when he won the 6.7-mile race Saturday on a cold, wet morning.

The 25-year-old graduate of the University of Wyoming, finished the short race in 39 minutes, 19 seconds, about one full second ahead of runner-up Daniel Lindstrom of Portland, and just over a second ahead of Esperansa Morales, the first female to finish.

“A friend of ours is going to Colombia for the Peace Corps, so a bunch of us decided to make this a farewell race,” Rotellini said. “This was a way for us to spend time with her before she leaves, and this was a nice course for me.”

He said he is training for marathons and hopes to return to Crater Lake in his bid to run a marathon in all 50 states.

“This one in Oregon is exquisite.”

His win makes Wyoming the 21st state to have an event winner in the 44-year history of the races at Crater Lake, which has the only sanctioned marathon in a U.S. national park.

Rotellini was one of four individuals to gain a victory in his/her first venture at Crater Lake, along with Morales, Ben Blake (men’s 13-mile) and Malika Waschmann (women’s marathon).

Waschmann, a 24-year-old Stanford graduate who ran middle distances races in college, now lives in Portland and finished fifth overall in the marathon, and was the first female to finish the 26-mile, 385-yard race.

“I love the outdoors, and national parks,” she said. “I would like to go to all of them. It was be neat to run in all of them.”

Waschmann liked the beginning of Saturday’s race, but called the second hill a killer, and then said the last four miles uphill to the finish of the half-marathon was “absolutely brutal.”

She finished Saturday’s race in 3:46:36, almost a full hour ahead of the second female to finish the marathon.

While the course was wet from the thunder storm which rolled through Klamath County early Saturday morning, most of the runners were able to compete under usually blue skies, with a few clouds.

Rain finally returned to the park about 4½ hours after all of the races had started, about about two-thirds of the marathon runners finished part of their run under varying levels of rain.

■ There have been event winners from four foreign countries — Norway, England, Japan and China.

■ This is the first time in four years smoke was not a hindrance to runners.