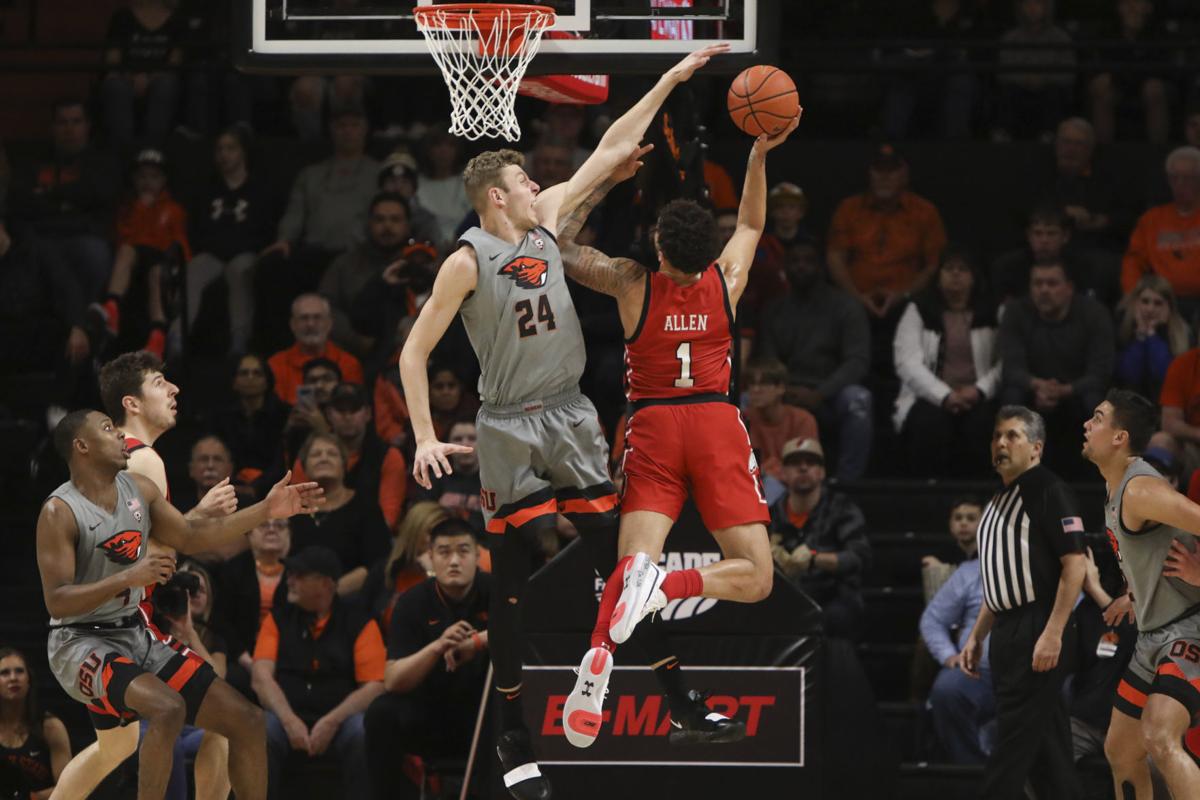 Oregon State’s Kylor Kelley (24) blocks a shot by Utah’s Timmy Allen (1) during the first half of an NCAA college basketball game in Corvallis, Ore., Thursday. 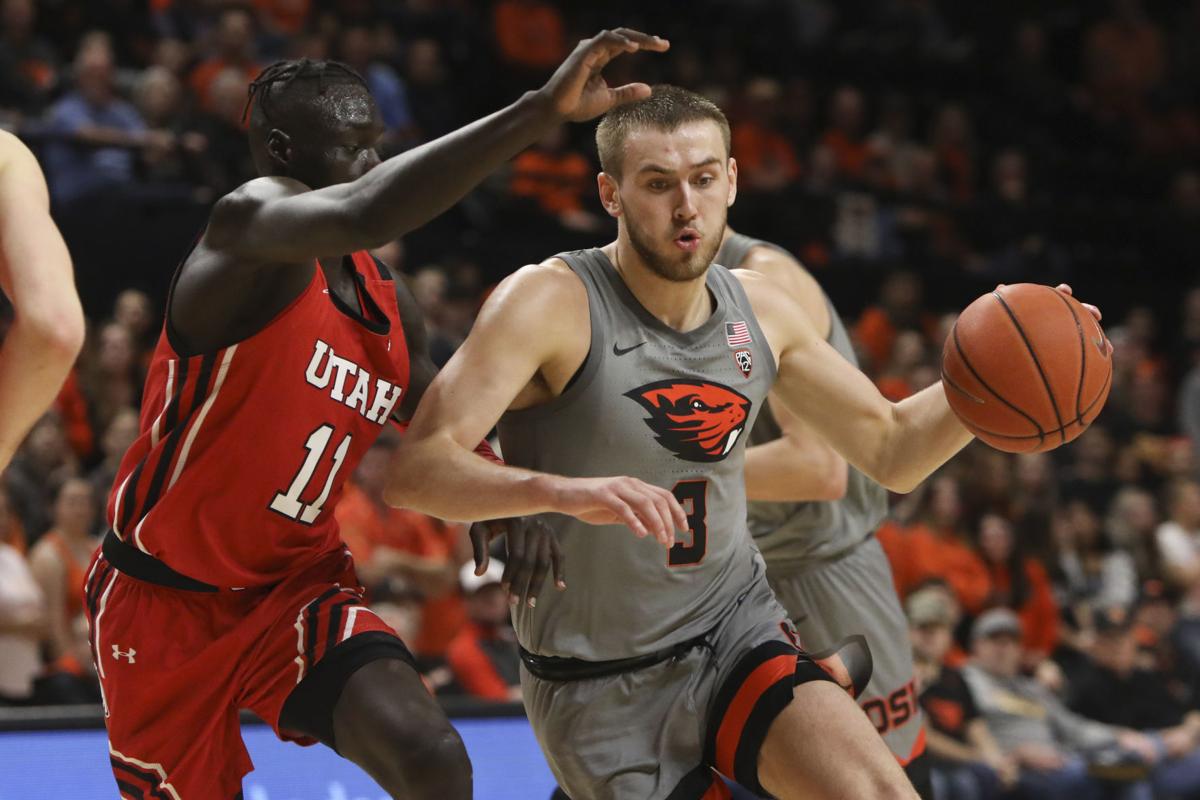 Utah’s Both Gach (11) defends against Oregon State’s Tres Tinkle (3) during the first half of an NCAA college basketball game in Corvallis, Ore., Thursday.

Oregon State’s Kylor Kelley (24) blocks a shot by Utah’s Timmy Allen (1) during the first half of an NCAA college basketball game in Corvallis, Ore., Thursday.

Utah’s Both Gach (11) defends against Oregon State’s Tres Tinkle (3) during the first half of an NCAA college basketball game in Corvallis, Ore., Thursday.

CORVALLIS (AP) — Oregon State has something to build on following a 70-51 rout of Utah Thursday night.

Kylor Kelley scored 16 points and grabbed nine rebounds to lead Oregon State (15-9, 5-7 Pac-12) to its most lopsided conference win of the season.

Kelley was a problem for Utah (14-10, 5-7) at both ends of the court. He was 7-of-10 from the field with five dunks, and also blocked two shots. The 7-foot senior post leads the Pac-12, and is second nationally, in blocked shots.

Utah, which beat Oregon State, 81-69, at home Jan. 2 in the Pac-12 opener for both teams, struggled offensively in the rematch. The Utes hit just 37.3 percent from the field.

Utah never got closer than 15 points in the second half after trailing 35-19 at the break.

“You can’t score 19 points in a half, and we were in a little bit of a funk offensively,” Utah coach Larry Krystkowiak said. “There’s a different story line every game and this one was a little new to us.”

Ethan Thompson added 13 points and matched his career-high with 11 assists for the Beavers. Leading scorer Tres Tinkle had 11 points, and Zach Reichle also was in double figures with 10 points.

“For us we take every game one game at a time,” Lucas said. “We don’t look past anybody. We have some momentum and we’re just gonna keep on trying to build that game after game.”

Branden Carlson was the only Utah player in double figures with 13 points. Timmy Allen, who scored 25 points against Oregon State Jan. 2 and came into the game averaging a team-high 18.3 points, was held to six points.

After limiting then-No. 14 Oregon to just 21 second-half points in a 63-53 win in their previous game last Saturday, the Beavers were strong defensively again against Utah, playing primarily man-to-man defense.

Oregon State utilized a 12-2 run midway through the first half to take control, and Utah’s two-game winning streak came to an end.