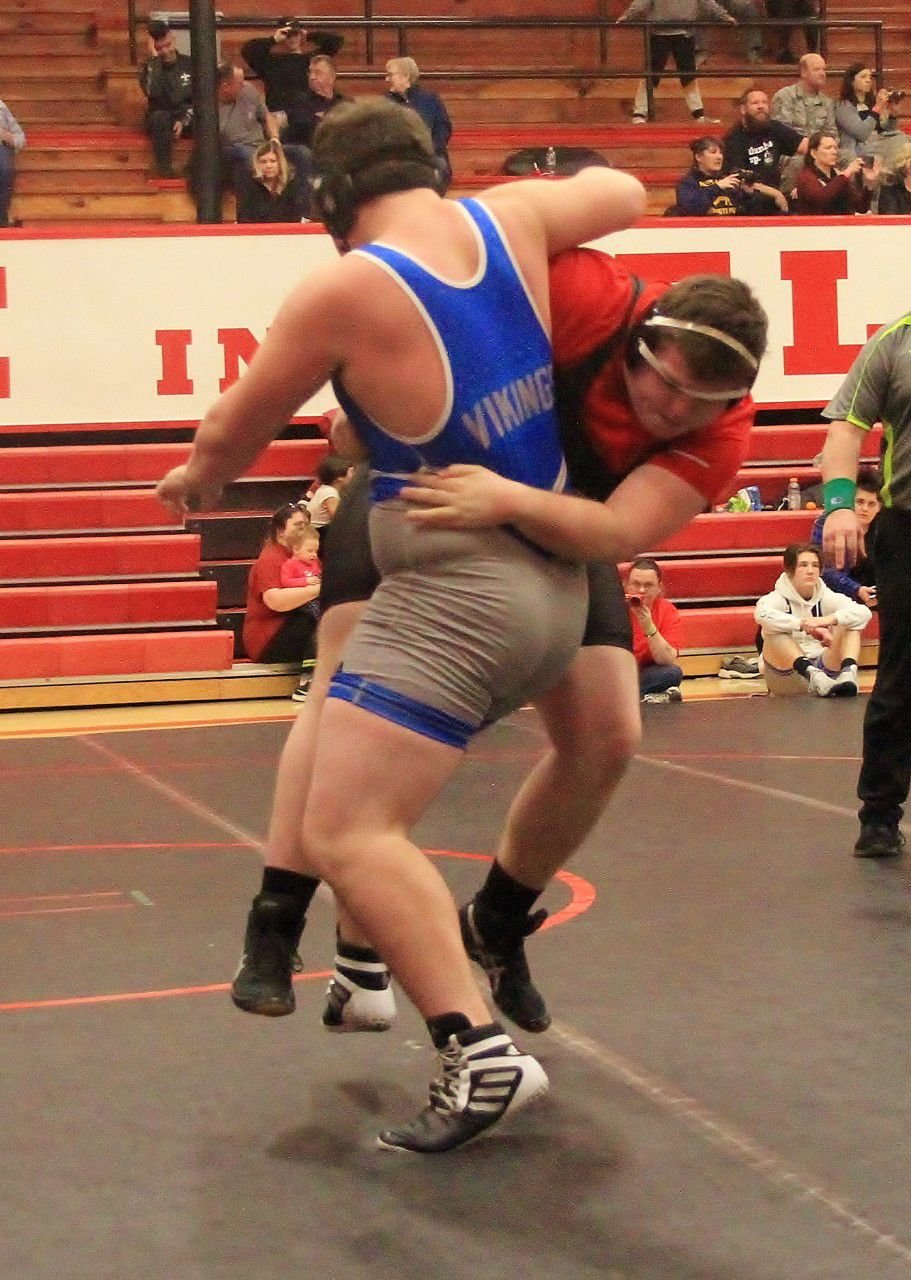 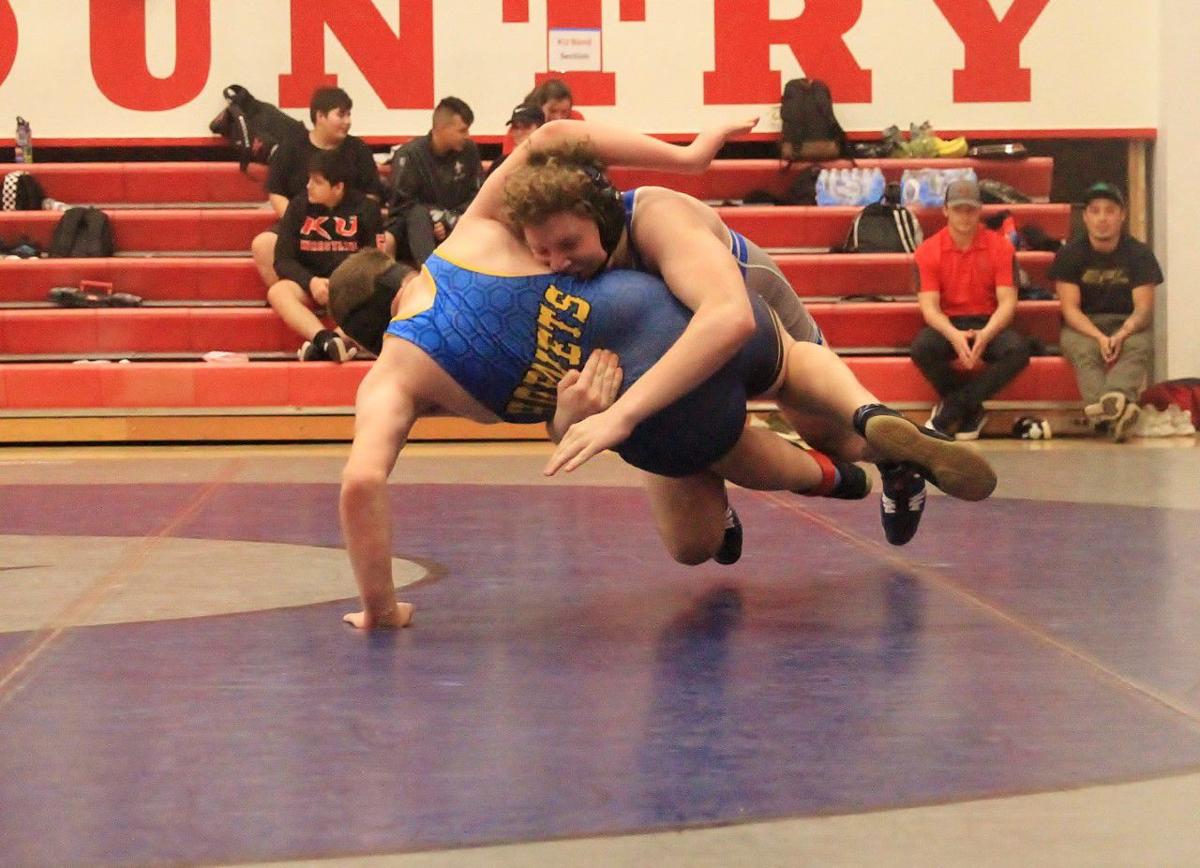 After three years, Mazama wrestler Jullin Gardner has never made it to the state competition.

This year, Gardner has his best chance after he helped Mazama wrestling win the Skyline Conference dual-meet championship Wednesday at Pelican Court.

Gardner had his team’s most celebrated victory when he pinned Hidden Valley’s Owen Smith in a 152-pound match.

The pin against Smith helped the Vikings beat a favored Hidden Valley team, 39-36.

“It was probably the highlight of my season so far. As soon as I ankle picked him, and saw that head and arm open, I seized the moment, squeezed and looked up. I did what I was taught,” Gardner said.

“I have learned to love this sport. It is a love and hate relationship because practice sucks and tournaments are amazing. I am happy I have stuck with it. It is my favorite sport. I am staying on the grind to go to state and hopefully place.”

He finished 2-1 on the night, with his only loss coming from Henley’s Tulson Higgins.

Gardner has been a wrestler for the past eight years.

He came to wrestle for Mazama head coach Matt Penrod halfway through the season after he was on crutches for nine weeks with a torn MCL he picked up during football season.

“A kid caught me as he was going backwards during a football game. My mom has been a big motivation for me after she is not able to come,” Gardner said. “She has a bad disc in her back and said she might need to have surgery sometime this year.

“Having her come walk with me on senior night meant a lot to me last night.”

Gardner ended up losing 17 pounds, and nearly made the state tournament last season after he placed fifth in the regional.

Klamath Union’s Cameron Cordonnier (145 pounds) had a standout day and finished the night 2-1. His only loss came to Mazama’s Nolan Earnest, who won on a 9-4 decision.

Cordonnier is in his second year of wrestling after doing Jiu Jitsu for several years. He had also done wrestling during middle school.

“I think everyone in our team has a chance to go to state, but it is just about who wants it more.

I loved it and never want to quit,” Cordonnier said.

“One thing I have conquered was grades. It was one of the reasons I stopped doing sports, because my grades were so bad. My family helped me. My grades came up and I did wrestling again. Coaches and peer pressure helped me stay motivated.”

Scott Renslow, Henley’s 182-pounder, won all three of his matches against Mazama and North Valley, along with earning a bye.

Renslow and Wynne have grown familiar with each other, with Renslow winning all of their matches except on one occasion.

He remains optimistic after he made it to the state competition last season, but faced the No. 1 ranked wrestler from Tillamook in the 170-pound weight class.

“Usually, if it is a tough match, it is with him (Wynne). I got destroyed against the kid from Tillamook. I do not think there are a lot of kids I can’t beat in my district so I think I will go back to state,” Renslow said.

“I think I am looking at first seed or second, and hopefully it can give you a bye.”