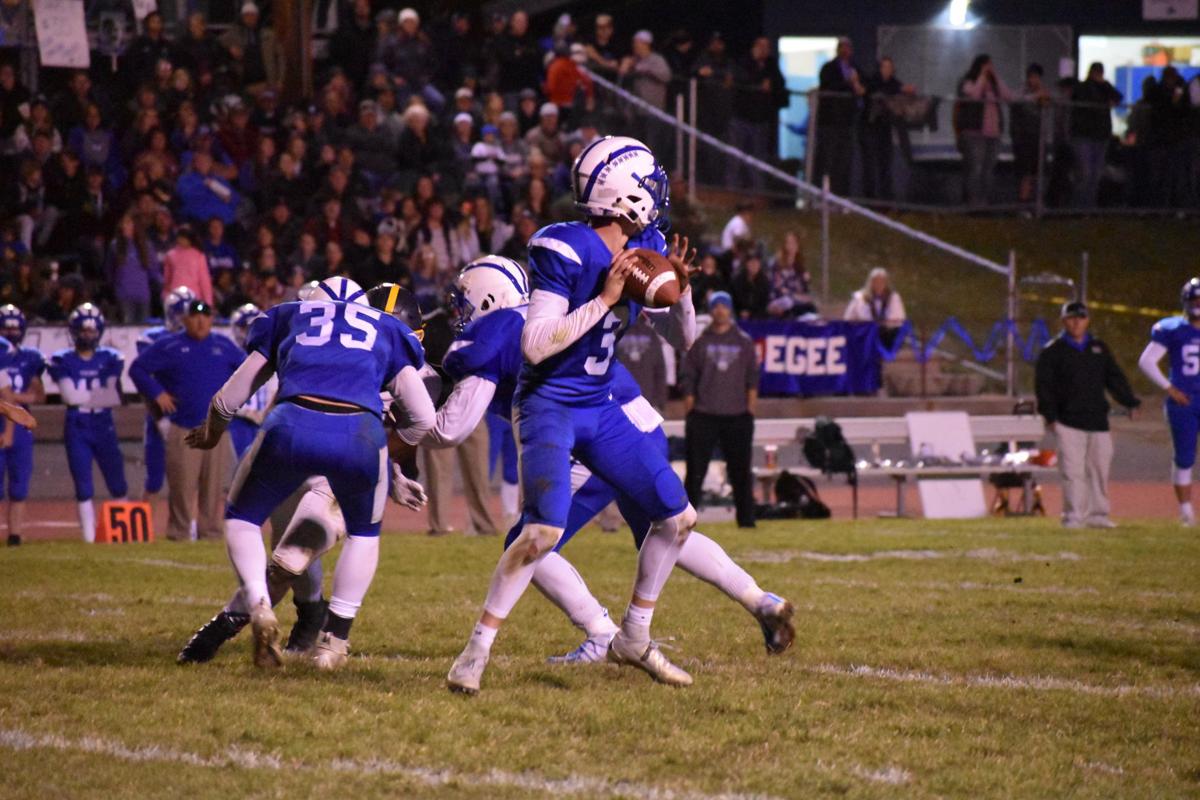 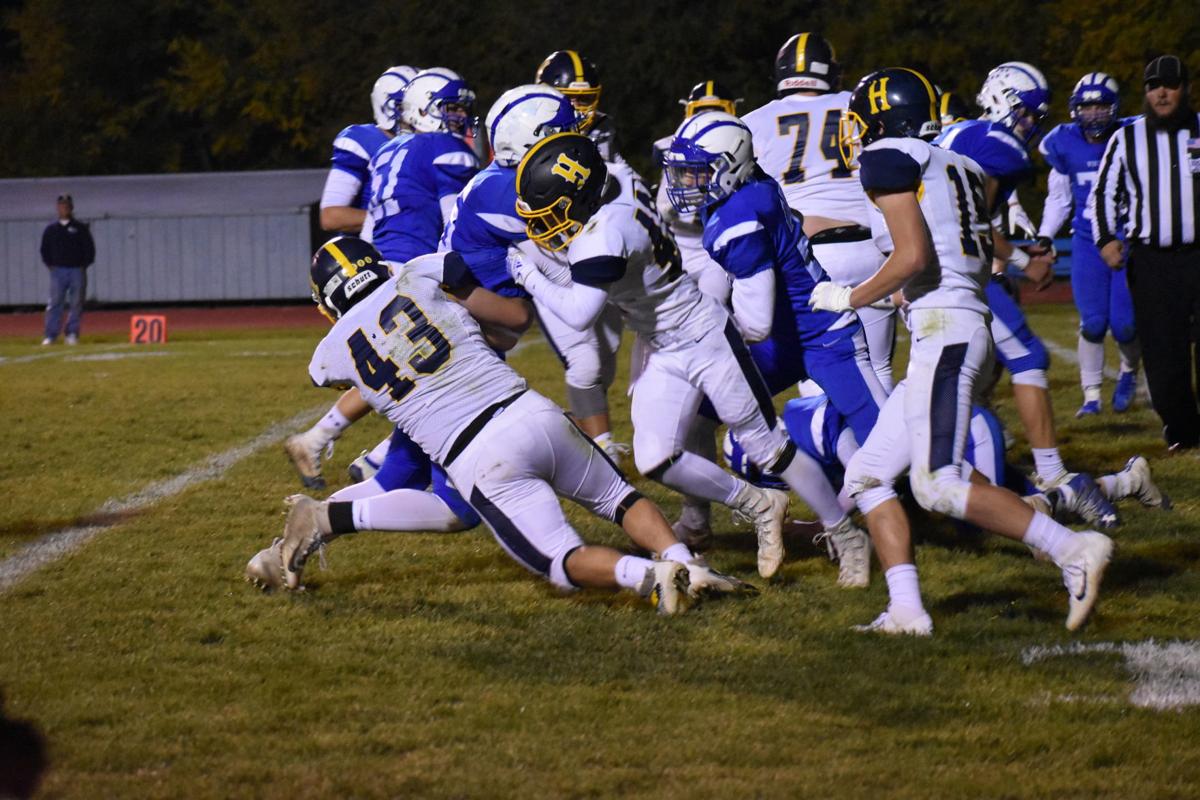 That’s where Mazama had the ball with eleven seconds on the clock Friday night at Viking Field against the Henley Hornets in a Skyline Conference title-deciding game.

The Vikings had trailed much of the second half after giving up a touchdown a minute into the half and a field goal about five minutes later.

Mere inches and just one down was what separated the Vikings from a sixth-straight Skyline Conference title.

“This is for a league championship. This is who wants it more. That’s all it is, all it comes down to,” he added.

Despite the Hornets’ best efforts, junior Jason Ortega powered across the line with the ball to secure Mazama’s familiar title in a 14-10 standing-room only cross-town rivalry.

While Ortega earned the touchdown, he credited his teammates and Vikings fans with the score.

“Honestly, I don’t think it’s just about one person,” he said. “It’s about everyone out on the field on that play, on the sidelines, in the stands. It’s about the environment on Viking Field that got that touchdown.”

The Vikings took an early lead late in the first quarter off a three-yard rushing touchdown from junior quarterback Tristan Lee. The Vikings pressured the ball across the field in five first downs in a grueling, stress-filled 84-yard Viking drive.

Mazama held the lead through halftime, but the break proved beneficial for the Hornets as they came back to score in the first 20 seconds of the second half.

Henley junior Gavin Graham put the Hornets on the board with a 74-yard passing play from junior quarterback Tim Orr.

Five minutes later, the Hornets fought back to Mazama’s territory with fourth-and-four on the 13-yard line. Henley junior kicker Micah Rasmussen kicked a 30-yard field goal to give the Hornets a 10-7 lead.

“I just thought the fight in our guys was absolutely incredible,” Henley head coach Alex Stork said. “There was no give-in at all in any series, any snap. I was just so proud of the way they came together.”

Despite giving up two big plays to the Hornets, Lease said he was proud of his team’s resolve to fight back, all the way to the final seconds of play.

“They didn’t hang their heads,” he said. “They just stayed focused. They got after it. Holding them to a field goal out here was huge. Our defense came to play again. They carried our team again.”

“To be able to battle back with all the fumbles, the turnovers, all the mistakes we made, to win that game,” he added. “It’s just amazing, the desire of our boys to get after it.”

The 14-10 victory handed the Hornets their first loss of the season, but with a 5-1 record, Henley will still advance to the playoffs.

“A loss like that really stings,” Henley junior Joe Northcutt said. “But it’s nice to have a group of teammates that are this close together than can keep you on the right path to make you more motivated to go back and get it the next time.”

The Class 4A playoff schedule had not been determined at the time of this writing.