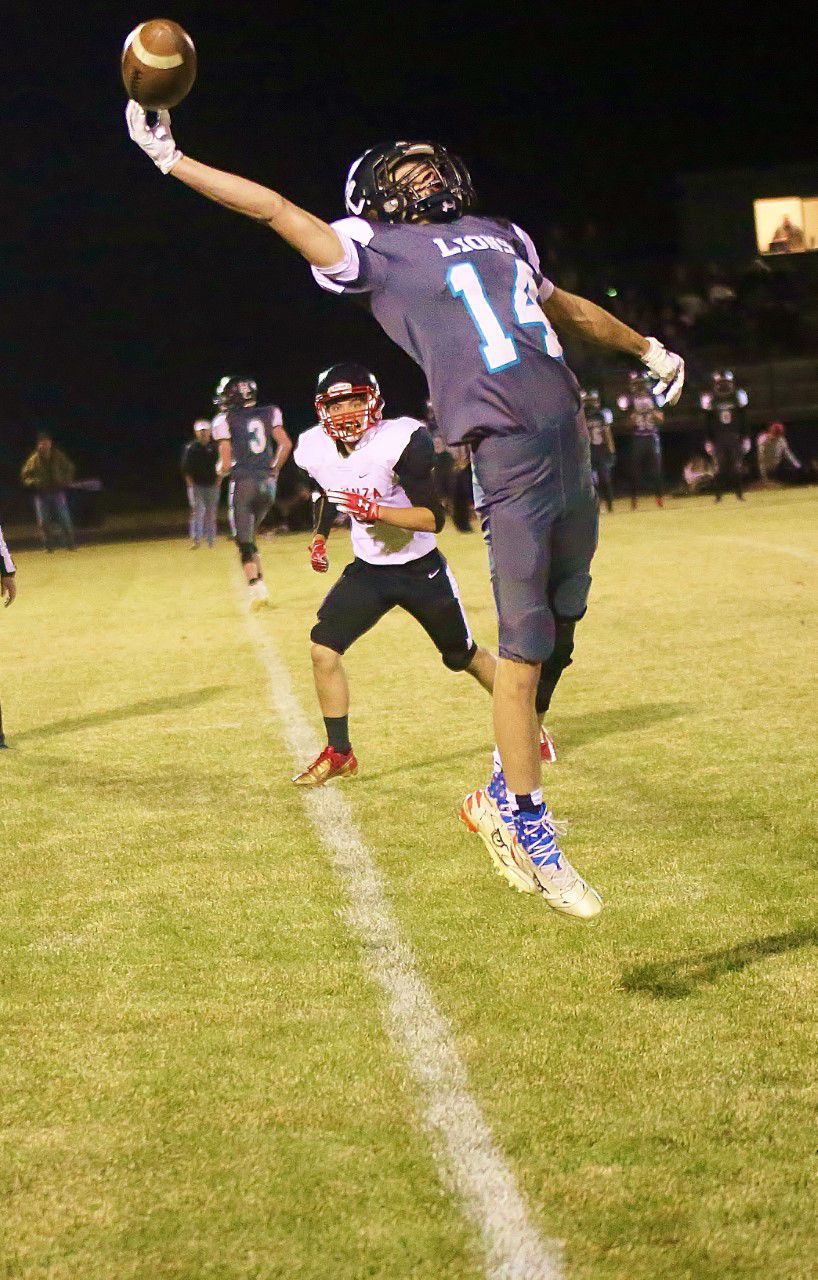 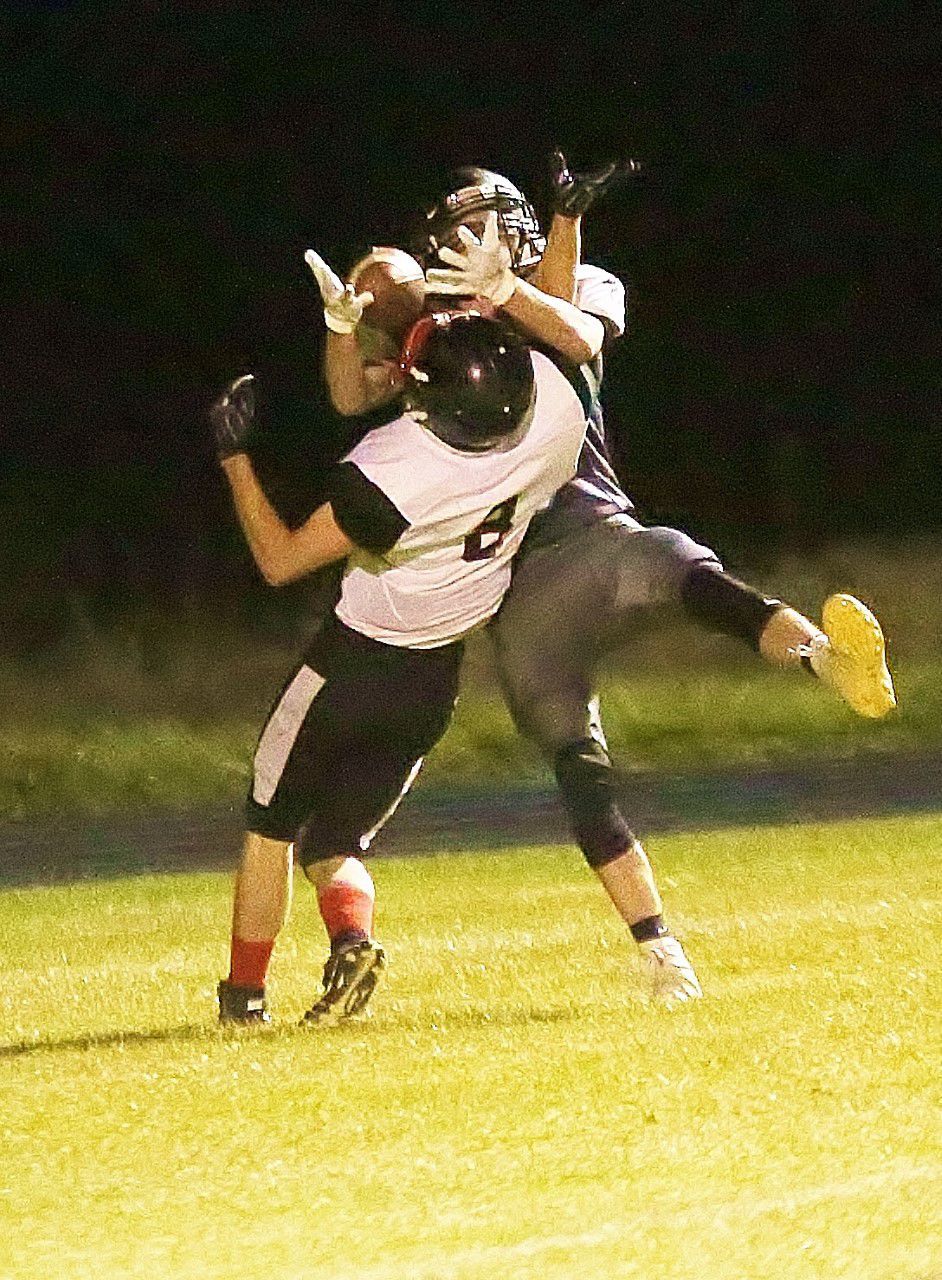 As he was told he had thrown five touchdown passes in a 58-0 rout of Bonanza Friday, Crawford was in pure disbelief of his accomplishment, but giddy.

“I had five, oh. No, that is my first time having five. That is (a) wonderful and great accomplishment, especially on senior night,” Crawford said. “Coming back senior year to lead the team, I just love it.”

The noteworthy night for the Hosanna quarterback had a deeper meaning after he spent his junior season at Mazama, but did not like it.

Crawford had an awakening, and realized he wanted to be near the friends he had grown up with most of his life, specifically fellow senior and No. 1 target, Will Maupin.

He wanted to renew a bond he had with Maupin that started with a quarterback to wide receiver friendship the two had back in the eighth grade.

Four of his touchdown throws versus Bonanza were caught by Maupin.

The Crawford-Maupin link started in the first quarter after a Christian Coleman 10-yard run into the end zone.

Maupin made up for a dropped pass where he was left alone, with a 20-yard catch from Crawford. The catch was made when the Lions ran the same play consecutive times, but moved Maupin to the right side and had him run a route to the right corner of the field.

Maupin then caught a 16-yard touchdown pass after he tricked Bonanza’s Tanner Mestas and was left alone in the middle of the end zone.

The next time the two connected was later in the first quarter after a long drive, which ended with an 11-yard reception by Maupin.

Crawford’s following two touchdowns then came on a back-to-back series with Maupin, first another 16-yard touchdown, followed by a 15-yard reception.

“It was my second time getting four after I had the same amount last year against Falls City. Never five, no. Spencer and I have been playing together since eighth grade, so we have a really dynamic relationship,” Maupin said. “All I remember doing was running routes with Spence and getting our timing down this summer.”

Crawford had one of his best throwing displays and ended 15-of-26 for 214 yards.

The Lions have now won the conference title in consecutive years, and in four of the last five seasons.

Hosanna, which ended 5-0 in the regular season, avoided an upset to Bonanza (3-2) which would have led to a three-way district championship tie, along with Triad.

Maupin played limited minutes during his team’s state championship game as a sophomore before he became a starter a year ago when the Lions made it to the semifinals.

“We take this very lightly. Our goals are farther ahead than a district championship,” Maupin said. “Our goals are state. We want more and we strive for more.

“Today sends a statement to the state,” he continued. “We are ready to play, and want to play.”

Jim Johnston’s defense stood tall and only allowed Bonanza to come away with 18 rushing yards.

The Lions gave Bonanza quarterback Bradley Ireland trouble throughout the night, and held him to 55 passing yards.

Hosanna’s Ethan Millagan was the reason for his mistakes, and forced him to throw two interceptions, both which he brought back for touchdowns.

The Lion offense ended with 520 total yards. The Lions will now get a first-round bye, while the Antlers will play an away game with an opponent to be determined, and will play Friday.

“The past two years, we have had a lot of division with our team,” Crawford said. “I feel like we are faster, and definitely a lot smaller, but more physical than in the past. We just get along and do not argue at all.”