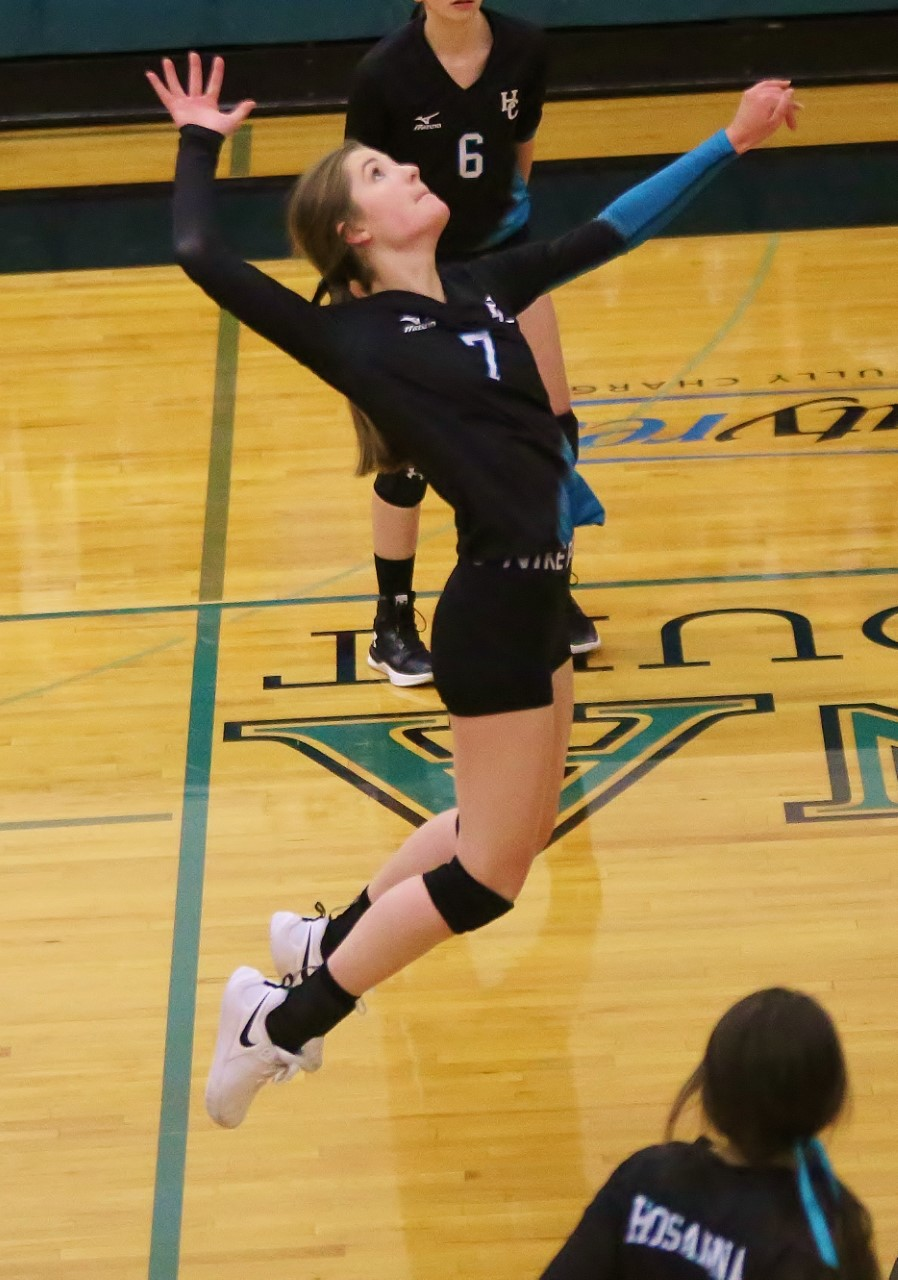 Jade Jackson in the air for the Hosanna Christian volleyball team during a match against Triad Tuesday at Tony Bush Court. 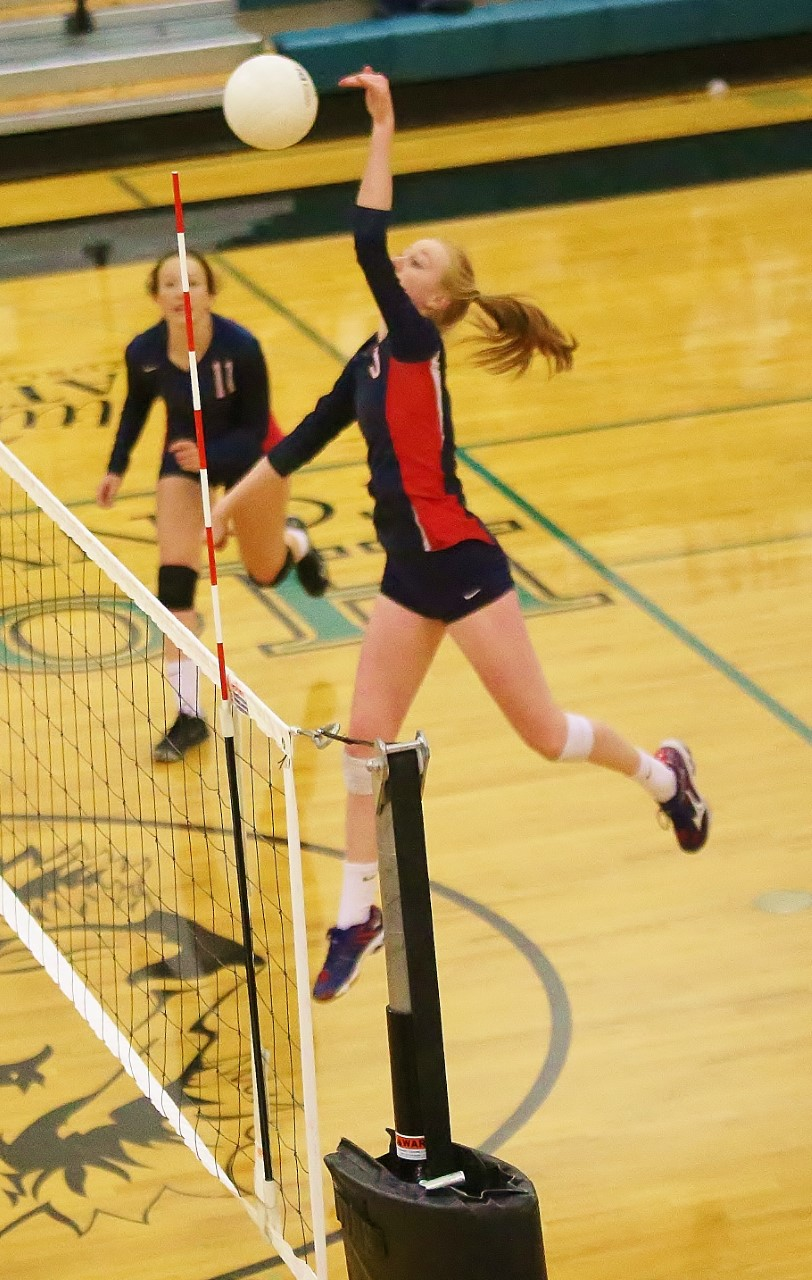 Katie Eskildson with a kill for the Triad volleyball team during a match against Hosanna Christian Tuesday at Tony Bush Court. 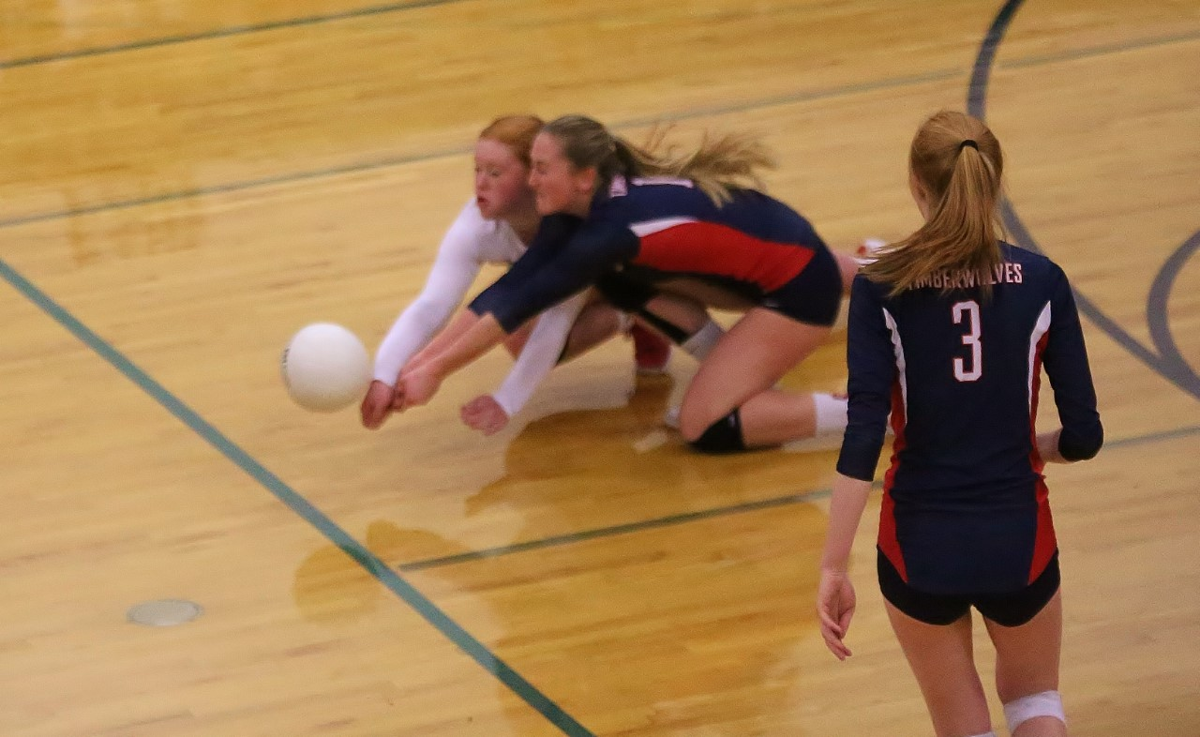 Jade Jackson in the air for the Hosanna Christian volleyball team during a match against Triad Tuesday at Tony Bush Court.

Katie Eskildson with a kill for the Triad volleyball team during a match against Hosanna Christian Tuesday at Tony Bush Court.

Confusion, disappointment and a little embarrassment filled the faces of the Hosanna Christian volleyball team after its last loss in a match to Gilchrist two weeks ago.

There were many reasons to get upset.

The Lions were on the verge of a sweep before the Grizzlies came back to win three consecutive sets and win their first match against Hosanna in recent memory.

Members of the Lions came together after the defeat to discuss what went wrong, an important talk after, at the time, the loss placed them in the No. 4 spot in the Mountain Valley League, something out of the norm.

Since the revelation, Hosanna has shown its determination by winning its following three matches, all sweeps, which included a second victory against rival Triad at Tony Bush Court Tuesday, 25-23, 25-16, 25-10.

“We made sure we stayed positive no matter what. We had a big talk and understood that no matter what, we can stay together and win. We are adapting well to having a new coach (Cara Crosby) and players leaving,” Hosanna senior Makayla Johnston said.

“I went to my dad’s (Jim Johnston) gym and worked out a lot. A lot of the girls, we conditioned together. She (Crosby) tells me to stay out of my head. We get down easily, as a team, so we have been doing better at that.”

The Lions brief run after falling at home to Gilchrist included a sweep of Rogue Valley Adventist, which was the first MVL loss for the Red Hawks, and came back and beat Chiloquin.

Maddy Von Flue has taken the reigns as the new head coach at Triad this season.

Von Flue was an assistant for the program a year ago before she was asked by school principal Jim Libby if she could be the head coach.

Her experience with the sport includes playing four years of volleyball at South Salem High School before she played one year at Oregon Tech.

She decided to only play one season after she was heavily involved in the college’s nursing program.

Seniors Katie Eskildson and Baylee Rogers have been captains of the Timberwolves for the last two seasons. There were no seniors last year.

Von Flue’s personality has quickly rubbed on her players. The first-year head coach can be noticed cheering, jumping and encouraging her team.

“A lot has to do with how I was as a player as well. I was a libero, so getting the girls hyped up was something I always took responsibility for. I love cheering them on and it gets them excited. It is something I encourage them to do and smile,” Von Flue said.

“At Triad, it is a culture we want to create. Always being positive and be happy, even if you feel you are not doing great.”

In her short time as coach, Von Flue has made a noticeable impact on her Timberwolves.

Eskildson has developed into a player that can play multiple positions for the team.

“She was never a passer. We made her into an all-around player,” Von Flue said. “She was not great at passing but she is one of our best passers by far,”

“Last year they did not have anyone to look up to. They had to bounce off each other to see progress. We had to push them to get better,” Von Flue said. “Sometimes I just want to sub myself in and play.

“Volleyball has always been a part of my life and has helped me in many, many ways and that is what I am trying to produce for my girls as well.”