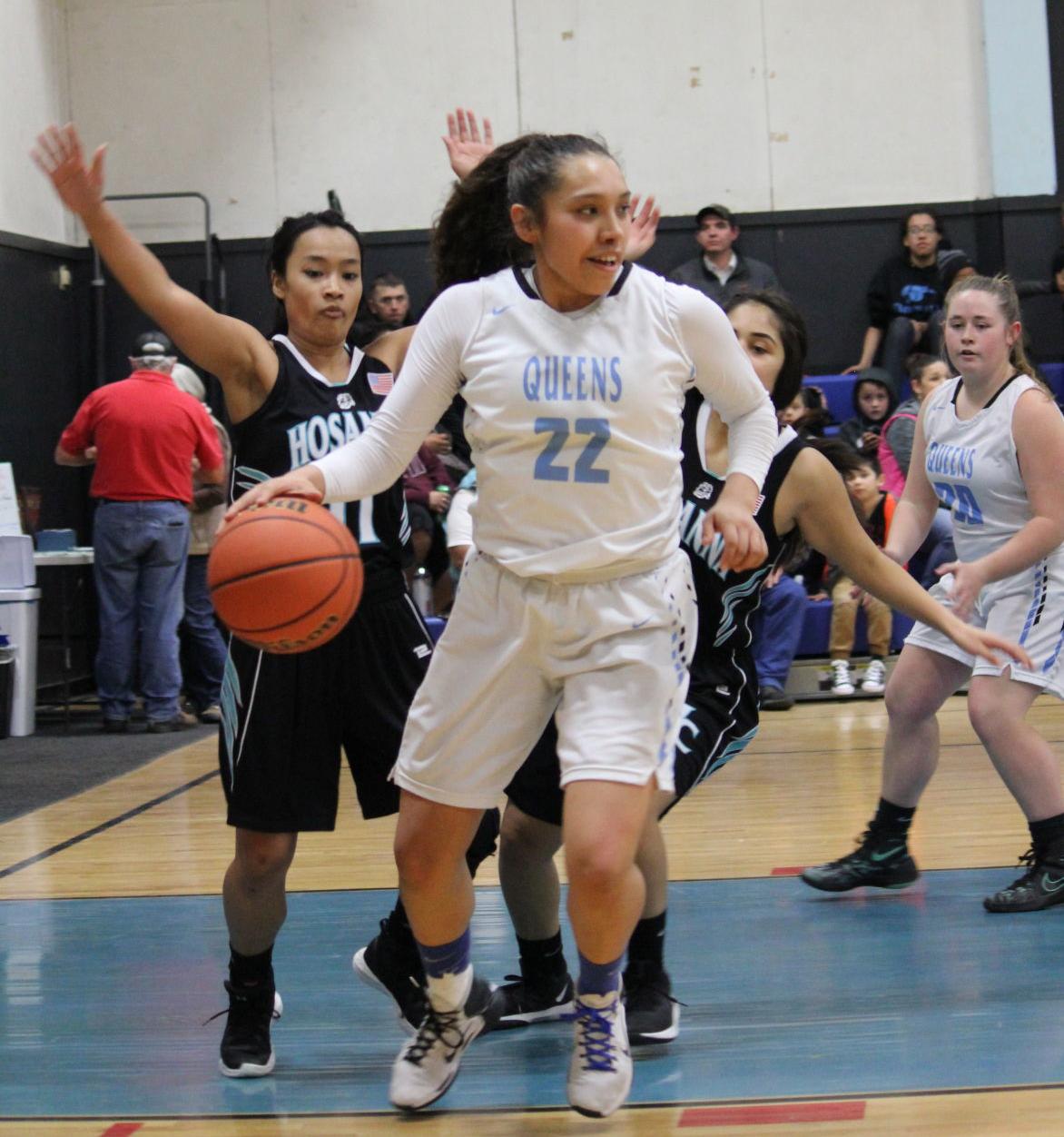 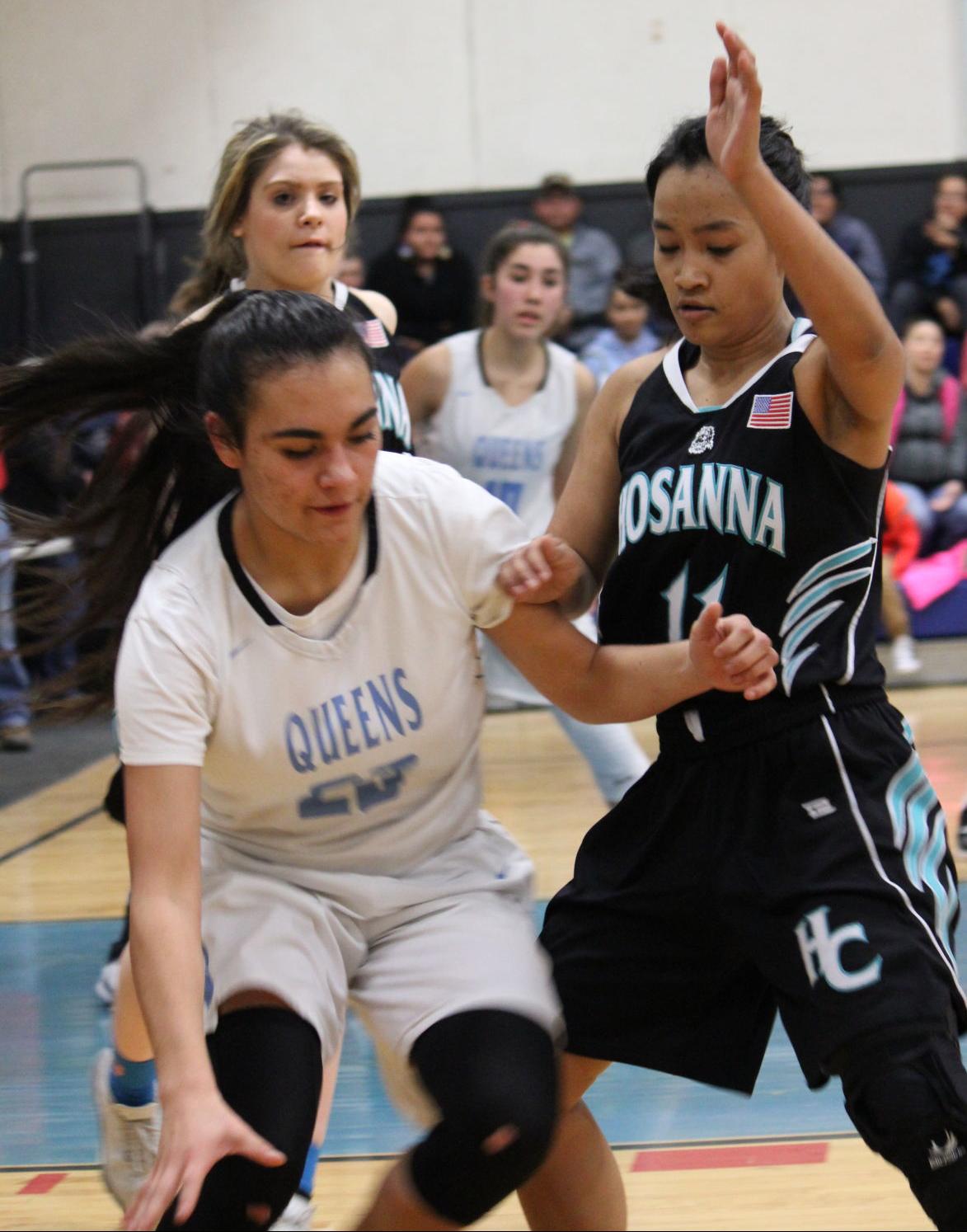 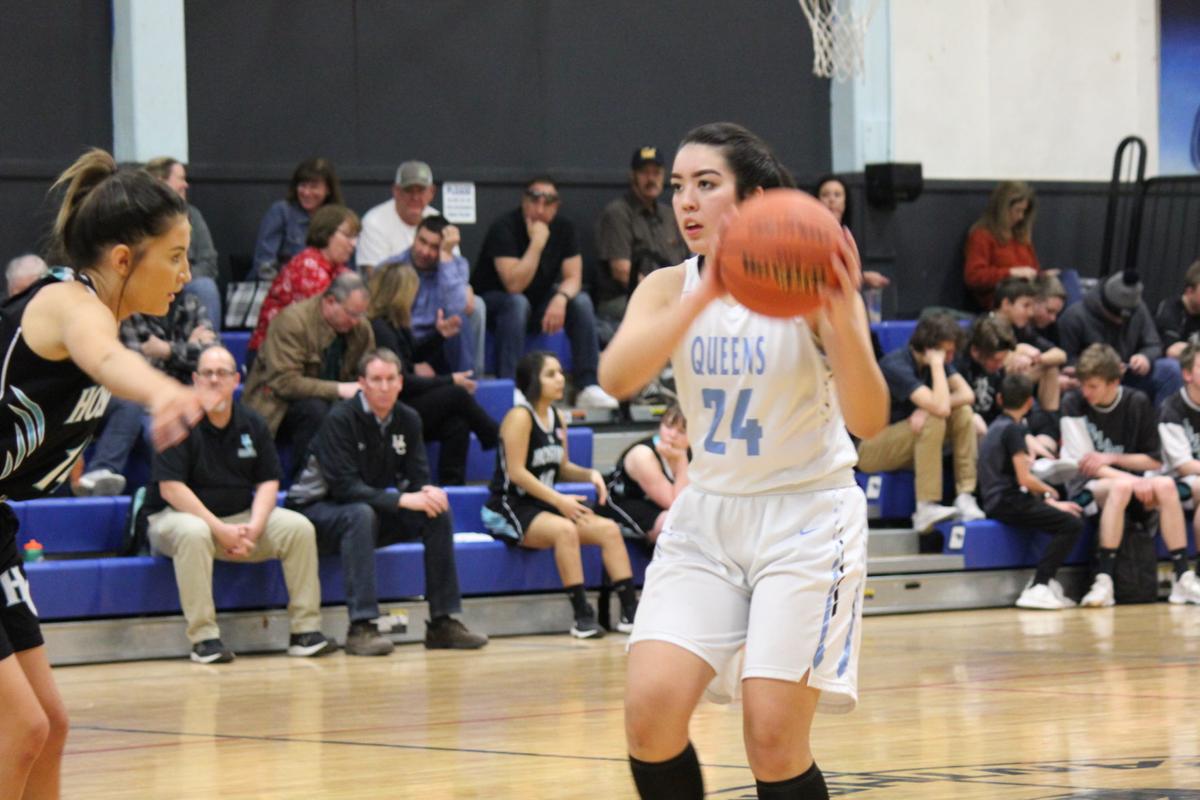 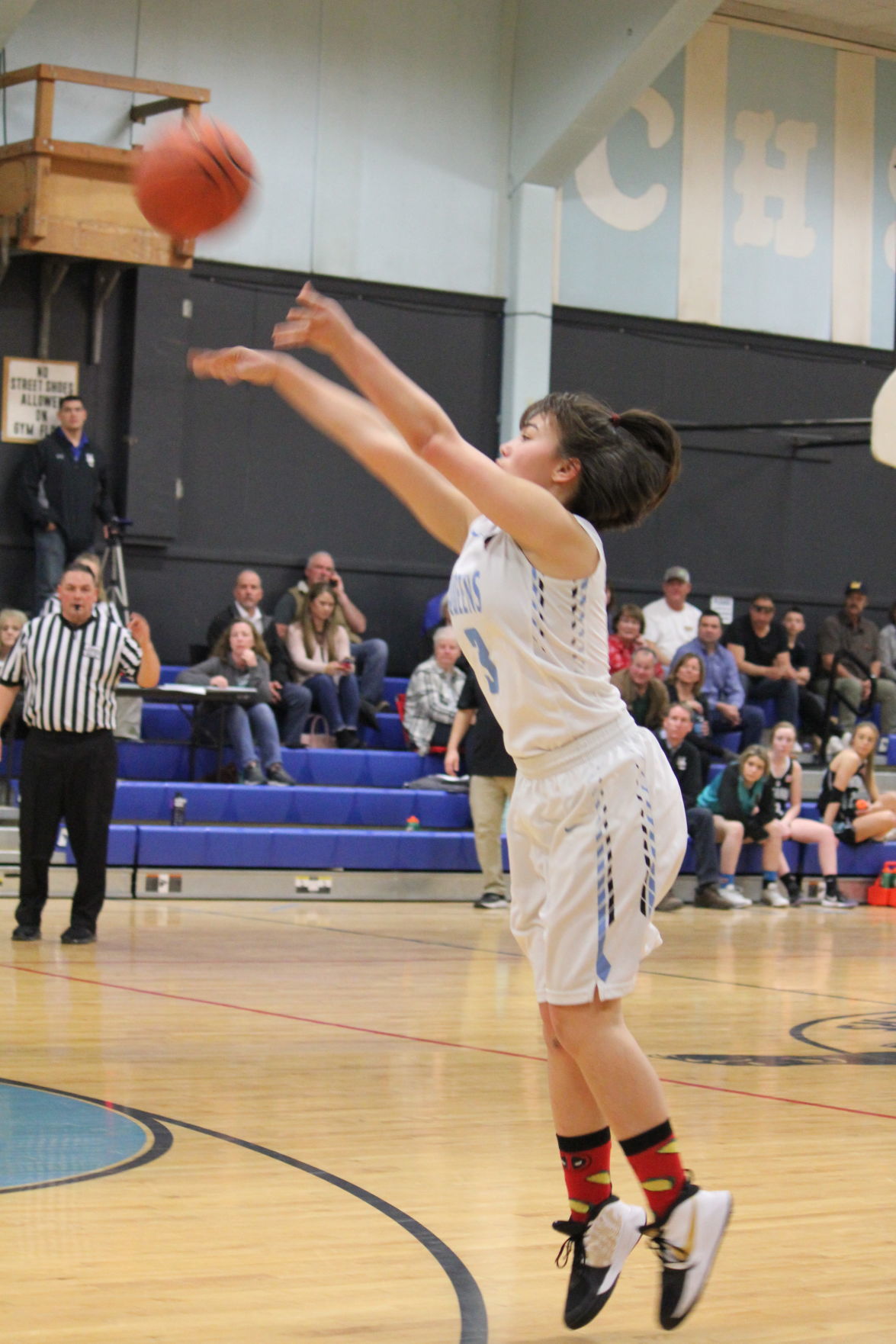 CHILOQUIN — When Chiloquin girls basketball played Hosanna Christian earlier this season, they let the Lions chip away at a handsome lead late in the game.

They got comfortable and started to slip as the Lions rallied in the second half, but the Queens learned their lesson.

Friday, they knew not to ease up against the Lions and played the whole 40 minutes hard.

Chiloquin held Hosanna Christian at about a 20-point deficit after an initial 23-3 first quarter before climbing to a 30-point lead in the final quarter to take the home win 66-32.

“They came out really good,” Chiloquin head coach Tiffany Rich said. “They were shocking me with all their makes. They just play better when they’re in a good mood and playing as a team.”

Before the game she told them, “Put in your head that you want to be the scorer. You want the ball.”

Senior Hannah Schroeder, especially, took that to heart as she scored a career-high 29 points off 69% shooting from the field for almost half of the Queens effort.

It wasn’t just her scoring that powered the Queens’ offense, but her defensive steals that generated offensive opportunities for Chiloquin.

“I think I’m better on defense than offense,” she said. “My hands are pretty quick.”

Fellow senior Lani Jackson added 16 points and a team-high six assists to have a hand in nearly half of the Queens’ field goals.

For the Lions, Makayla Johnston had a team-high 19 points and all three of Hosanna Christian’s 3-pointers.

The Lions struggled to get things going Friday, with just one field goal — Johnston’s first 3 — in the first quarter. Meanwhile Chiloquin surged to a 27-point lead at 30-3.

“It’s hard to be down by, like, 17-and-up points in the first quarter and only have three points on the board,” Lions junior Jade Jackson said. “I think we were all like, ‘Snap out of it. Play like you know how to.’”

In the second quarter, the Lions made some adjustments and started to find some success on offense, generating a 12-5 run to close out the first half.

“It was just a lot of adjustments,” Hosanna Christian head coach Ryan Moro said. “It’s the reason we were able to get out of that first quarter slump. We were throwing the ball; they were reading the passes well.

“One thing I like about these girls is, we can throw an adjustment into the game and they’ll take it.”The Lions tied the Queens in the third at 11-11, but Chiloquin rallied back to outscore Hosanna Christian by 13 points in the final ten minutes.

“They’re a good team,” Moro said. “There’s a good chance they could win districts and then take first in state.

”They showed us a good, fundamentally-sound, disciplined team, who understand the fundamentals and execute their plays. Not only that, they shoot well.”

The Queens have two more league games after this weekend, with their final home match Thursday against Prospect at 5 p.m., while the Lions return home for a three-game stand to close out the season.

Next: Chiloquin at Prospect and Gilchrist at Hosanna Christian 5:30 p.m. Tuesday.