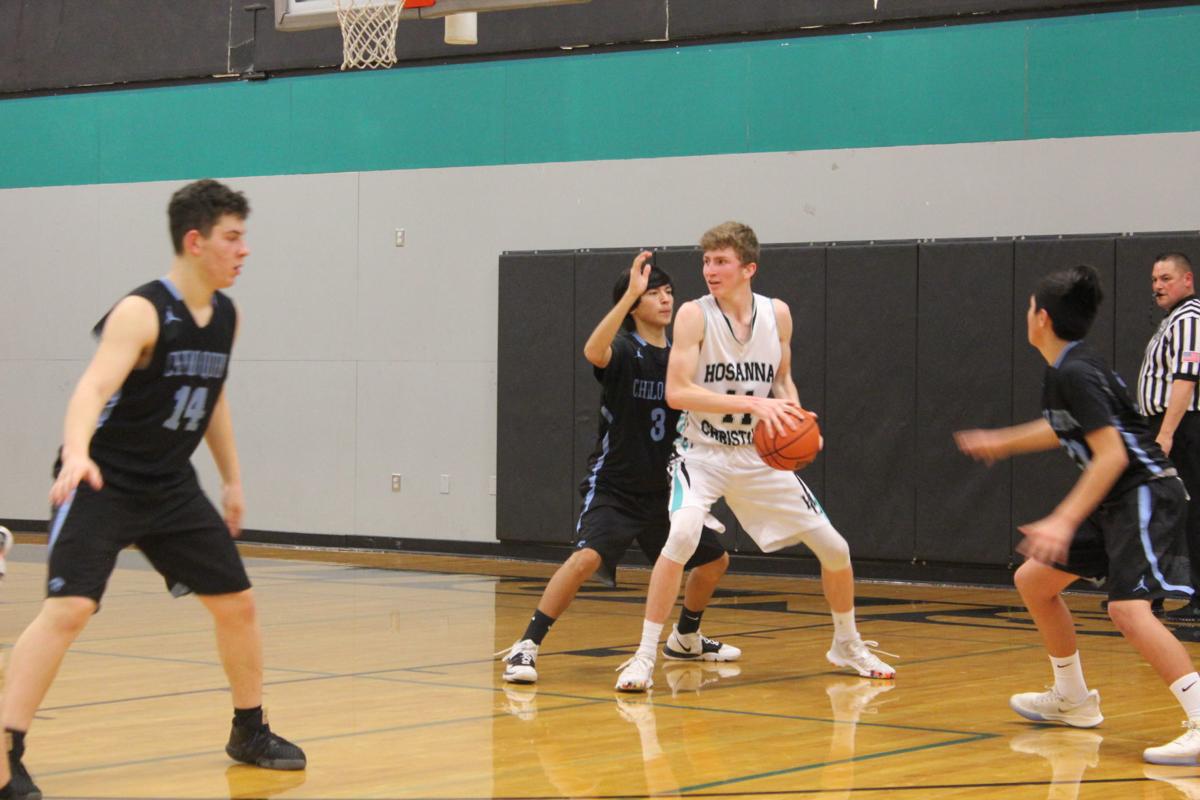 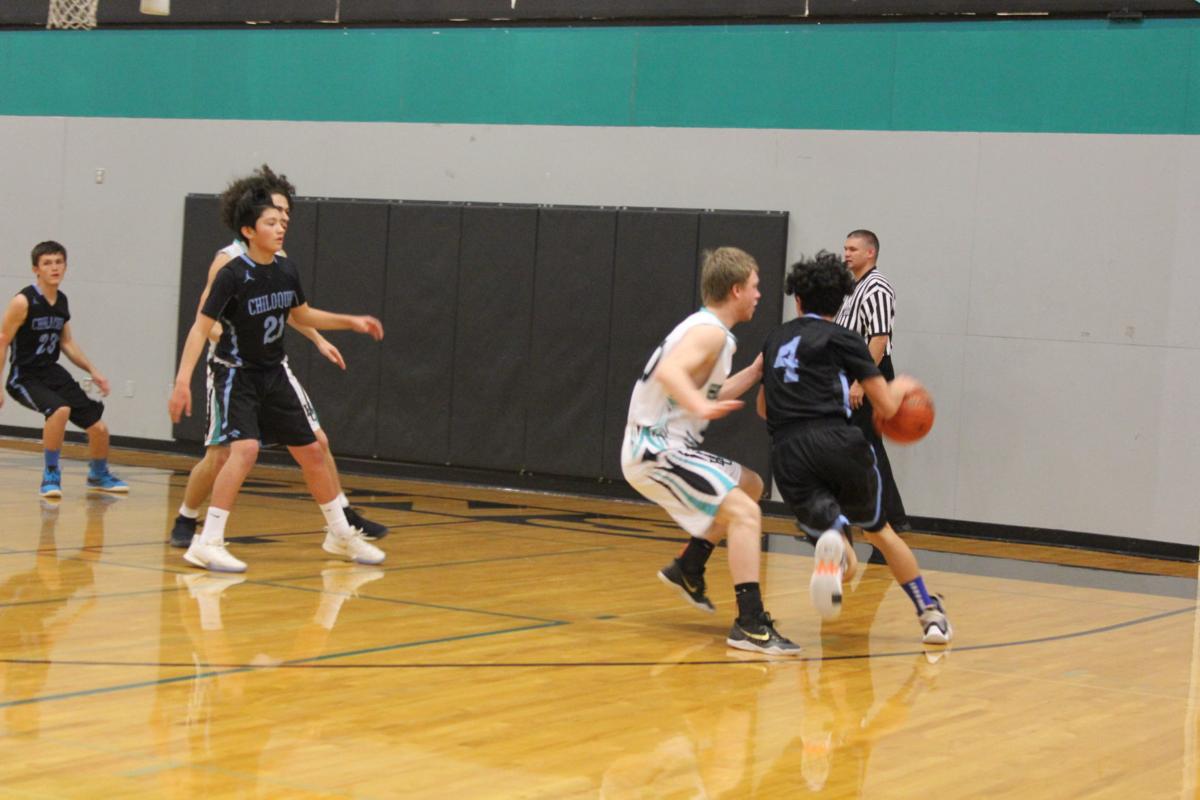 Friday’s Chiloquin-Hosanna Christian boys’ game was a game of minutes.

Or rather, who could play 32 full minutes of good, solid basketball.

While the Panthers ebbed and flowed and struggled to keep their first-half momentum, the Lions – despite a bit of a slow start – were locked in all four quarters, with good minutes for even Hosanna Christians’ bench.

Trailing eight points at the end of the first, Chiloquin managed to hold the Lions to a tie in the second, but a 22-8 third quarter proved too much for the Panthers to surmount as they fell 67-41.

Coming off back-to-back losses, the Lions were looking for a win to get out of their bad spell and headed back in the right direction in Mountain Valley League play.

“I feel pretty good,” Hosanna Christian senior Ethan Milligan said. “It’s nice to come back with a win. We were working good as a team together – just having fun with the boys.

“When we’re all laughing, smiling, we play better together,” he continued. “We like to run fast, play hard and love to have a good time.”

Hosanna Christian senior Beau Baley earned a double-double with 11 rebounds and 12 points, which tied for a team-high with Milligan. Baley also had a team-high five assists, while Milligan led the Lions in steals with four.

“Our first half was better than our second half, that’s for sure,” Chiloquin head coach James Jayne said. “To beat a team like Hosanna or any of these big dogs in our league, you’ve got to play 32 minutes.”

Which the Panthers struggled to do against the Lions who refused to let up, pressuring Chiloquin on defense and in a full-court press much of the night.

Jayne struggled to say where the Panthers’ weakness was.

“It’s a hard one to explain. I don’t know; I’m trying to figure it out,” he said. “I want to say youth, but I can only use that excuse for so long before they’ve got to be men.

“It’s all learning,” he continued. “We just got to keep executing and learning this stuff.”

With just one win this season, the Panthers will need to figure out the pieces soon if they hope to make it to playoffs. Still, Lawrence knows where his teams’ strengths are.

“We can run,” he said. “We’ll make anybody run. We’re the scrappiest team too. You’re not going to come out and play us without any bruises or a little court burn.”

The Lions stay home to host Gilchrist Tuesday, while the Panthers play at Gilchrist Friday.