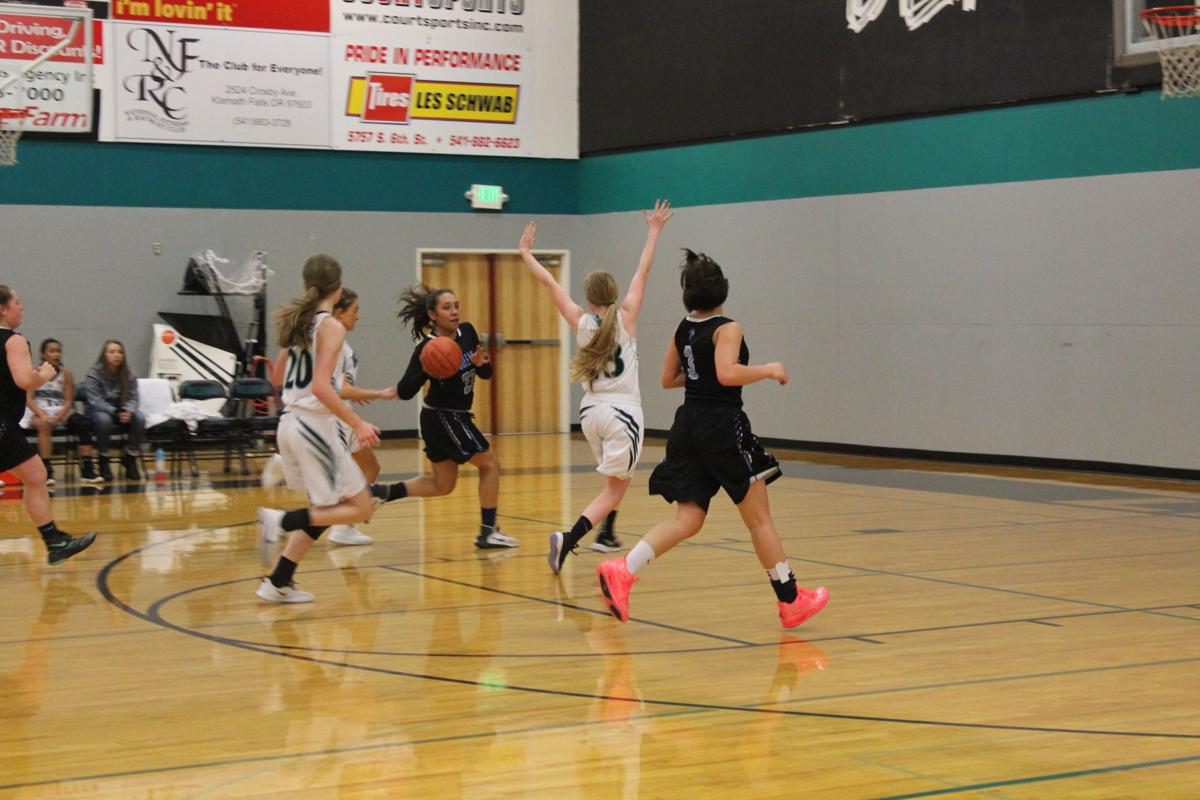 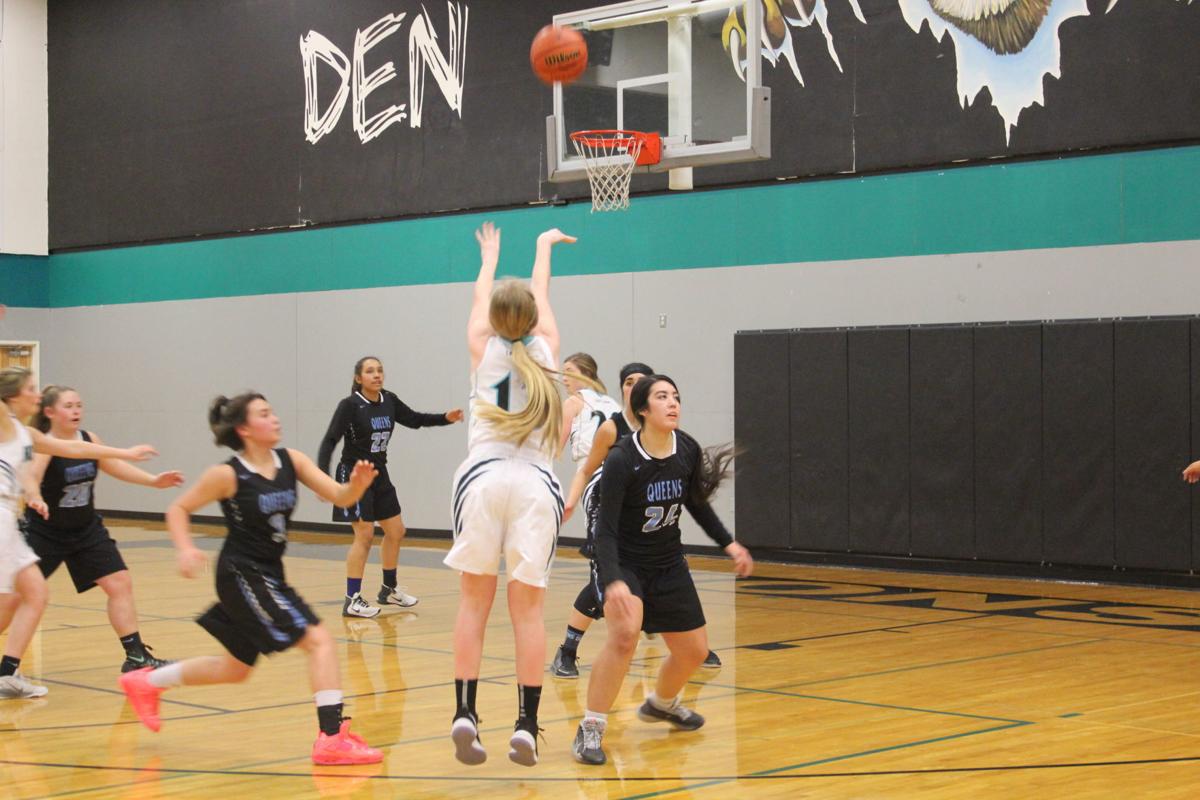 It happens, especially when you haven’t dropped a contest in nearly a month, are riding a six-game win streak and have a 26-point advantage.

That’s where the Queens were Friday night at Mountain Valley League’s Hosanna Christian.

After a slow start, Chiloquin powered to a 26-6 halftime lead, holding the Lions to just two field goals in the first half. In the third, the Queens’ dominance continued as they went on a 9-3 run to open the half.

But that’s when it started to click for Hosanna Christian. The Lions capitalized on the Queens’ confidence and complacency.

“The girls finally started believing, ‘Yeah, we can shoot the ball.’ Shots started dropping for us and then we had momentum,” Hosanna Christian head coach Ryan Moro said. “If a shot drops, that’s hope.

“Once you get a taste of that hope and you get confidence, you can do anything. And you get momentum and then all of a sudden there’s an energy there you didn’t know you had.”

On a 17-2 run, the Lions got within ten points of Chiloquin, chipping away at the Queens’ early lead behind 3-pointers, fast breaks, defensive pressure and forced turnovers.

Before the second half, Moro told his team it was up to them to decide to get out of the slump they were in.

“You guys got to play with heart now,” he told them.

“Our coach gave us a big pep talk in the locker room and we realized we all needed – if we wanted to win, we needed to step it up,” Hosanna Christian senior Emily Peterson said. “I think we all just weren’t ready . . . We were all tired.”

It was a needed wake-up call for the Queens, who responded to recover and finish up 14 points back at 44-30.

“I was nervous because they gave up and started playing to their level,” Chiloquin head coach Tiffany Rich said. “They just gave up because we were ahead so much. They just automatically thought we were going to win, but Hosanna fought. They had a good comeback.”

Trailing just nine points, with about a minute remaining, the Lions started fouling to slow the clock down, sending Chiloquin’s Hannah Schroeder and Lani Jackson to the free-throw line for bonus 1-and-1 shooting. Three made free-throws and a field-goal sealed the deal for the Queens.

Schroeder led all scorers with 13 points, closely followed by Jackson and Hosanna Christian’s Makayla Johnston who had 12 apiece. Peterson made three 3-pointers for the Lions, as many as Chiloquin had combined, for 11 points.

While the Queens were able to recover from their slip, they learned an important lesson Friday.

“Not to give up. Give it 110% and play like we’re losing,” Schroeder said. “Don’t go easy even though we’re winning. Even though we won, we should’ve been up by a lot more.”

This week, the Lions host Central Christian, while the Queens travel to Trinity Lutheran Friday.