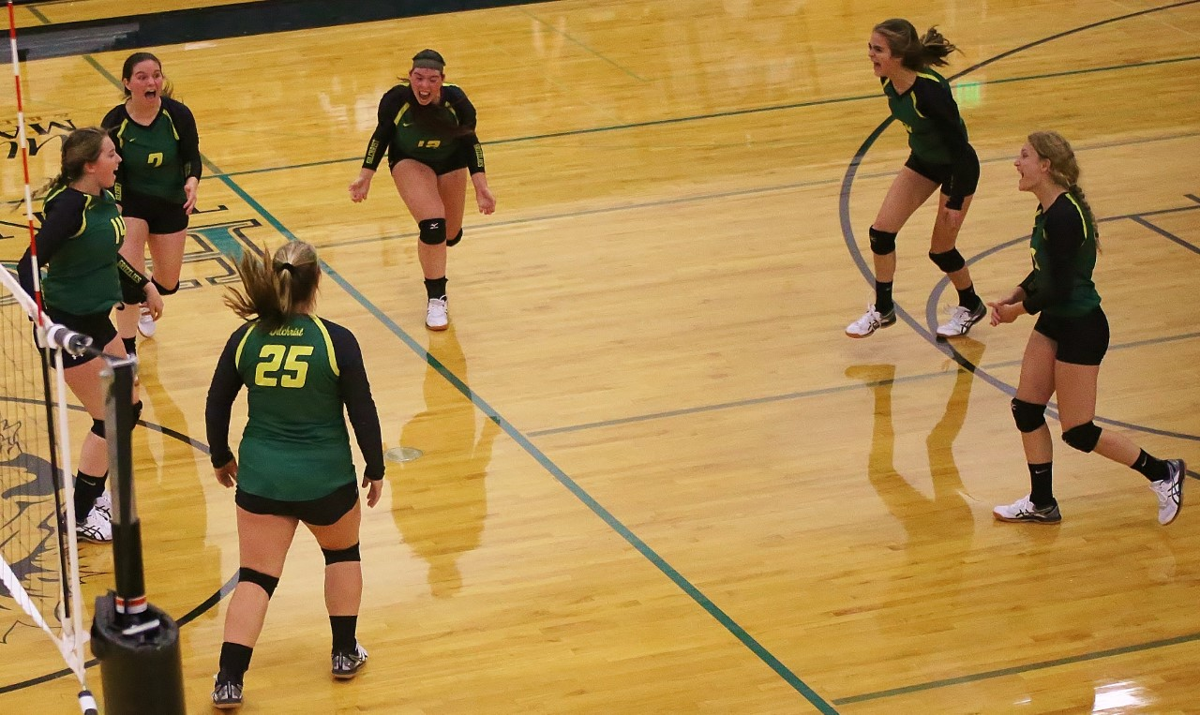 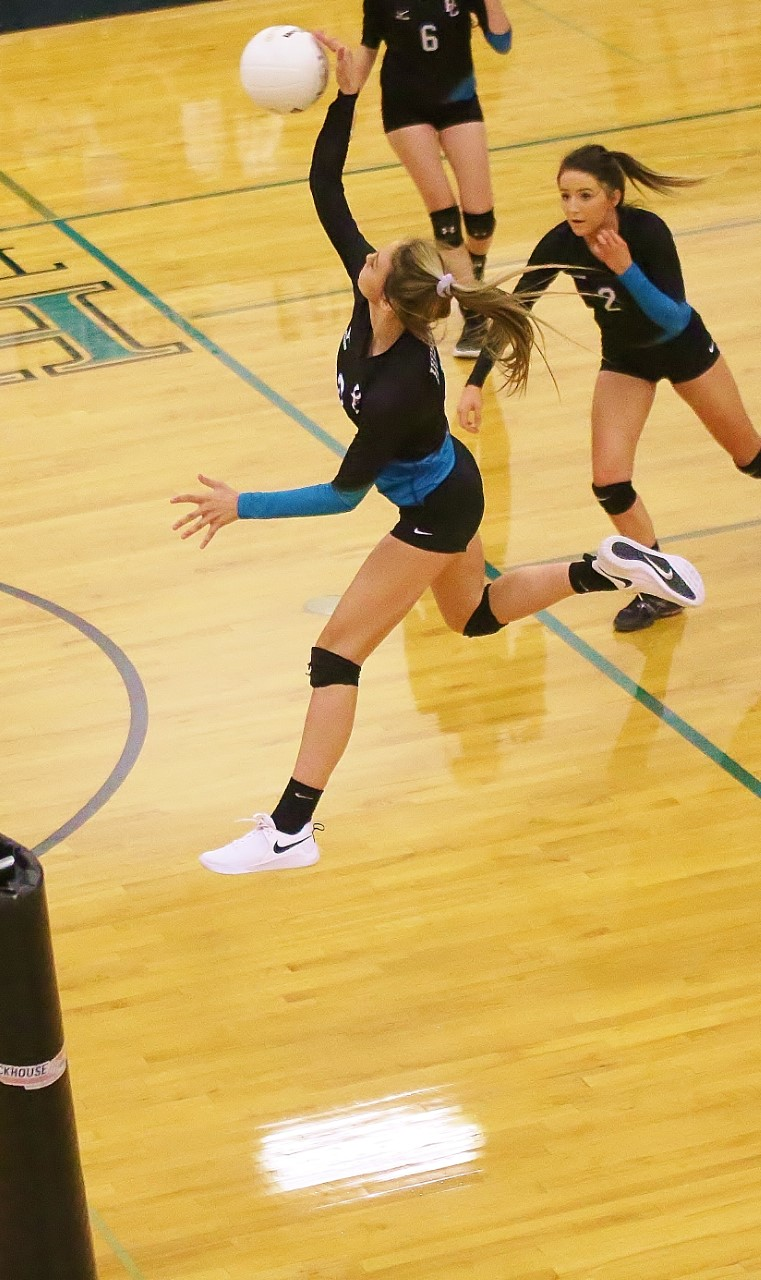 Hosanna Christian's Makayla Johnston leaps high for a kill during a match against Gilchrist Thursday at Tony Bush Court. 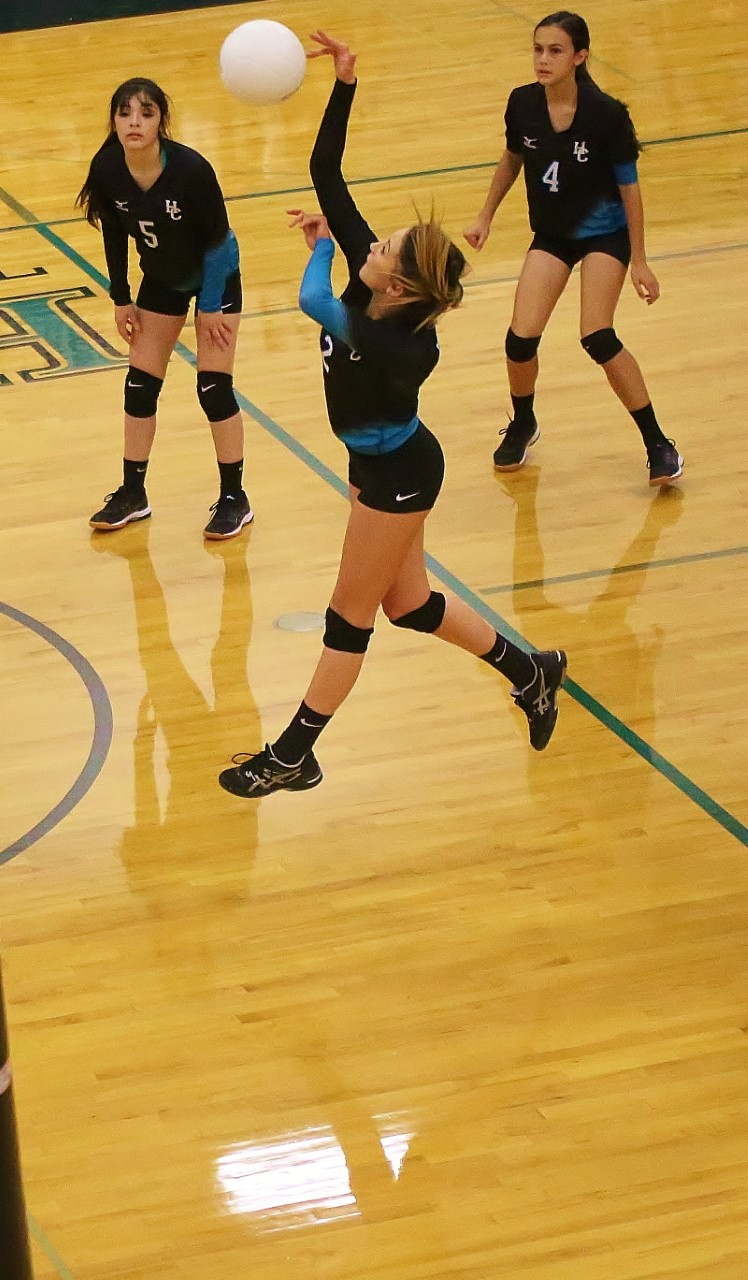 Hosanna Christian's Emily Peterson with a kill during a match against Gilchrist Thursday at Tony Bush Court.

Hosanna Christian's Makayla Johnston leaps high for a kill during a match against Gilchrist Thursday at Tony Bush Court.

Hosanna Christian's Emily Peterson with a kill during a match against Gilchrist Thursday at Tony Bush Court.

Some moments in life, you remember forever.

This is one mistake that Gilchrist senior Katie McDaniel will never forget.

“We have always been trying to beat Hosanna. When we were freshman, we were neck and neck, went to the fifth set. We lost, 14-16. It was my fault, that is why I remember,” McDaniel said. “It was me and Kendra Spurluck (who graduated last year) and I had to switch out of the back because I am the setter.

“When I was switching out, I switched out right where the pass was. Us two just miscommunicated and let it drop, so that is why I remember it. Something like that you do not forget.”

It has been over seven years since Gilchrist last beat Hosanna.

The Grizzlies came back after being down early in the third set, by five points. Gilchrist took a lead at 12-11.The set ended with nine ties in all.

Hosanna looked like it was on the verge of a sweep with the volleyball, but lost two points after costly errors earned the Grizzlies the final two points.

The Grizzlies came out with a 9-4 lead in the following set, and led by as many as seven points. Hosanna inched within four late in the set, 24-20, before Gilchrist forced a fifth set after the volleyball fell right between two Lions.

One of the Lions top players, Jade Jackson, came in during the second point of the final set, after sitting out the first four sets to try to recover from injury.

After the final set was tied at 4-4, Gilchrist took over and led by as many as six points to complete their unprecedented victory.

“We have never beat Hosanna and I do not think we have come back after having lost two games, then winning three in a row. We are usually, to be honest, a bit of a choke team,” McDaniel said. “We are our own cheerleaders, and our own critics.”

The Grizzlies now hold a 3-2 record in the Mountain Valley League, which sits them in the No. 3 spot.

The seats inside their school gymnasium have been empty this season.

“We probably have like 15 people come and watch our games, on a good day,” Gilchrist senior Rayenee Hoover said. “What changed to help us win today was our attitude. If you have a good attitude, you will play well.

“We are starting to learn that but are taking a little bit.”

Hoover and McDaniel are two of four seniors, along with Larken Ackley and Kylee McClelland, who is in her first year of playing volleyball.

“It is a good feeling for the school because it is on our record now,” Gilchrist sophomore Alissa Oliver said.

“This has definitely been one of the best wins we have ever had,” Katie McDaniel said. “It is about discipline … to be at this level from the first set. We actually have a lot of talent on this team. I do not know if anyone really realizes that but we do.”