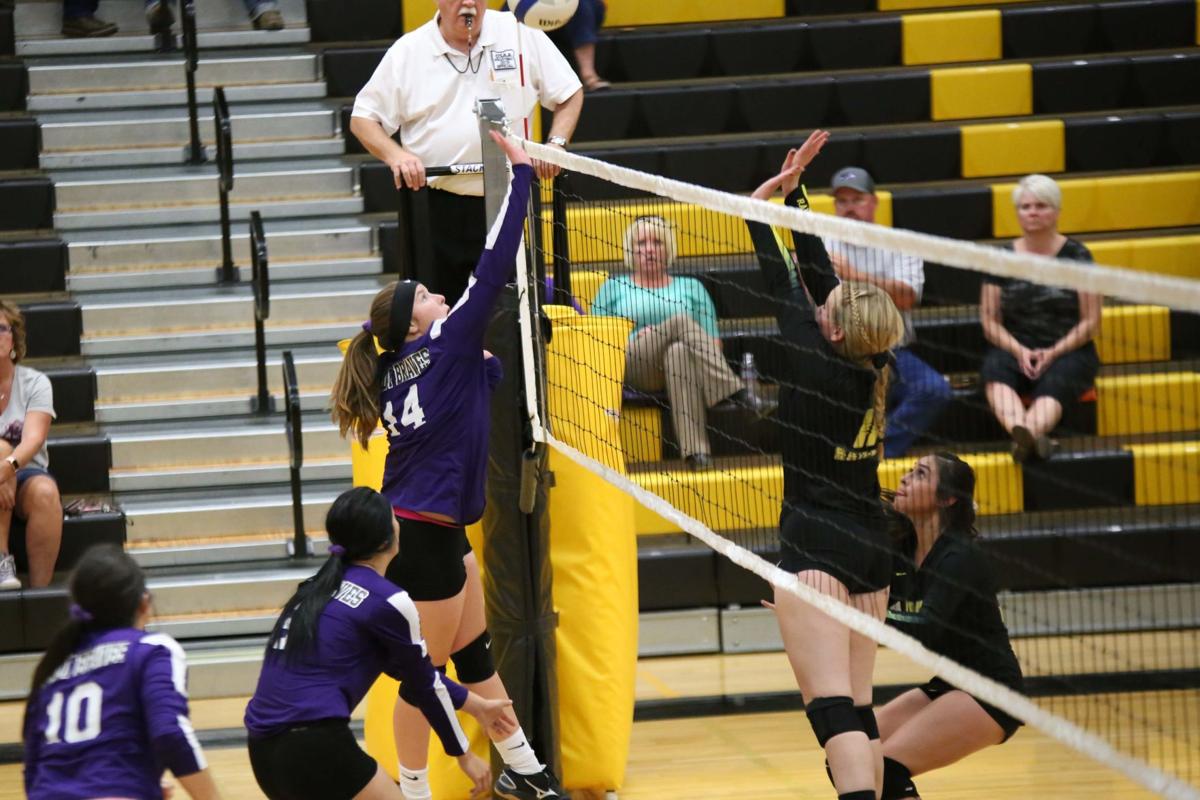 Megan Nelson hits the ball over the net during Modoc’s 3-0 win over Lost River on Thursday, Sept. 5. 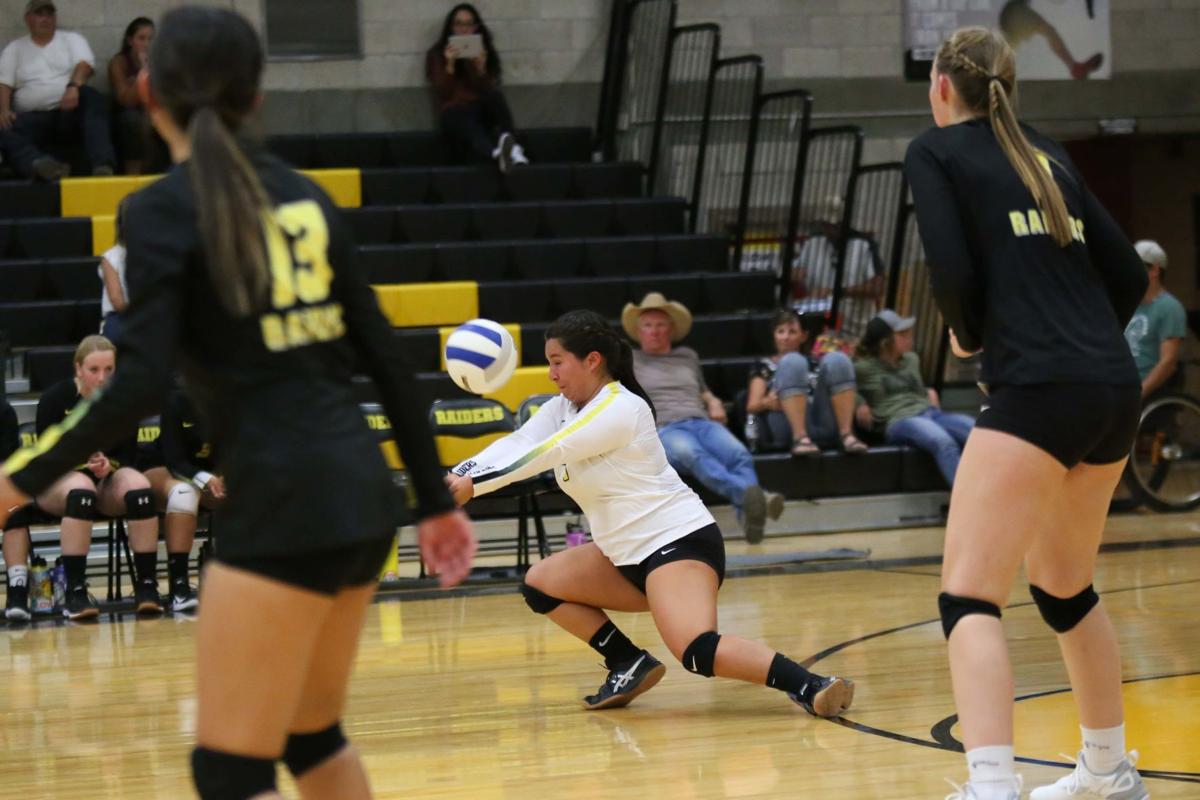 Yulisa Alonza digs out a ball during Lost River’s 3-0 loss to Modoc on Thursday, Sept. 5.

Megan Nelson hits the ball over the net during Modoc’s 3-0 win over Lost River on Thursday, Sept. 5.

Yulisa Alonza digs out a ball during Lost River’s 3-0 loss to Modoc on Thursday, Sept. 5.

MERILL — Modoc’s roster may show that it’s a young and inexperienced volleyball team. But against Lost River Thursday, the Braves showed the resolve of a much older team, beating the Raiders 3-0 in straight sets.

“They played as a team, they played really for the beginning of the season,” said head coach Kim Schmidt of her team squad that carries just two seniors. “We are still really young. We have two seniors and two sophomores, so I’m excited for the years to come.”

“We picked up our passing, talked a lot better and stayed together as a team,” Schmidt said. “That was the biggest thing that did.”

To be fair to the Lost River, Modoc had already played eight matches this season, primarily coming in tournaments, while Thursday was the opening game of the season for the Raiders.

Schmidt said that she wasn’t sure what to expect from the Raider squad, other than they typically have a size advantage over her team.

But a stout defense and improved passing canceled out the height advantage.

Often times when the Raiders set up for a kill attempt, the Brave players were able to dig the ball out to keep the rally going. And more often than not, they would eventually win the point.

“We worked a lot on our blocking and our covering,” Schmidt said. “That helped a lot today. We have a great defense. I told the girls, if we can pass it, nobody is going to beat us.”

It will be a 12-day break for the Braves who will next face Lakeview on Sept. 17 while Lost River has a quick turnaround when they play in the Basin Best Tournament at Henley High on Saturday.