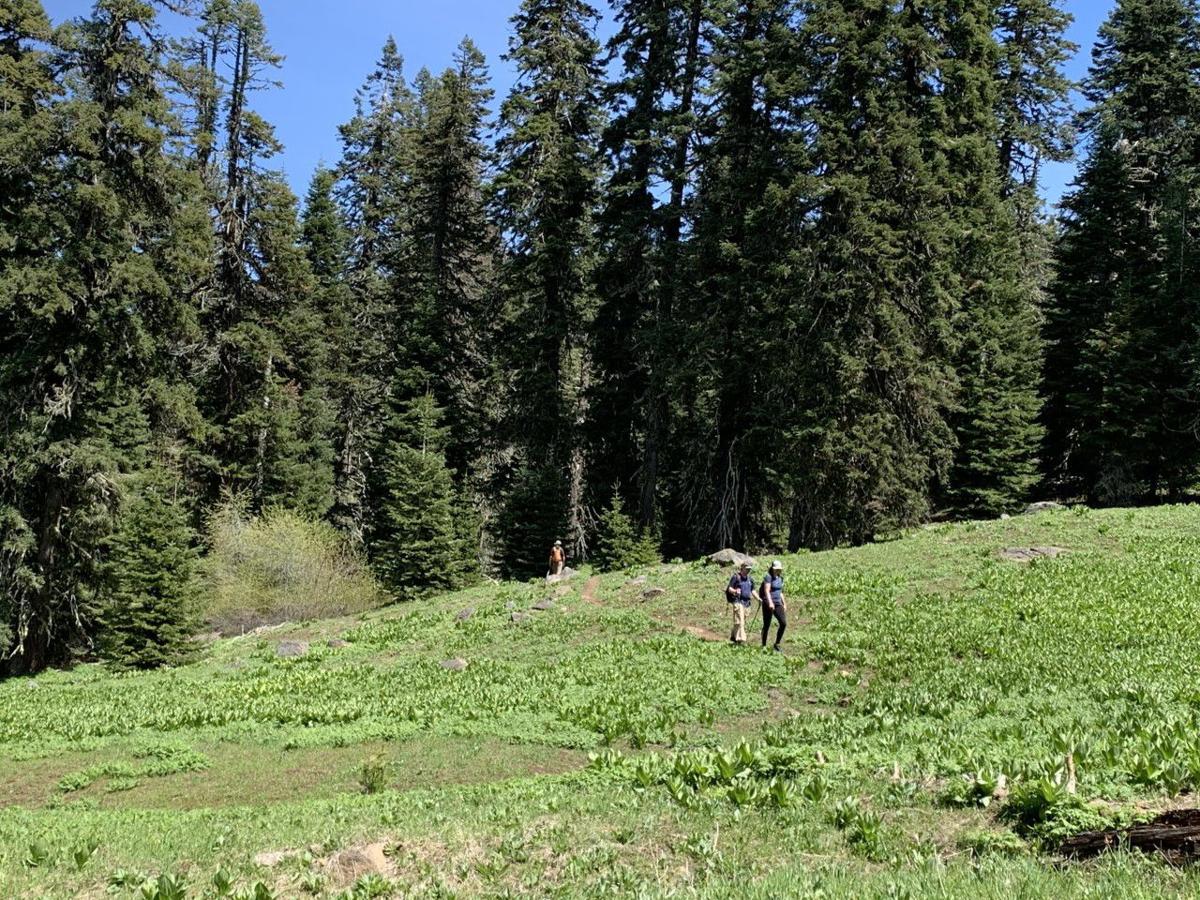 Hikers make their way across an open area along the PCT. 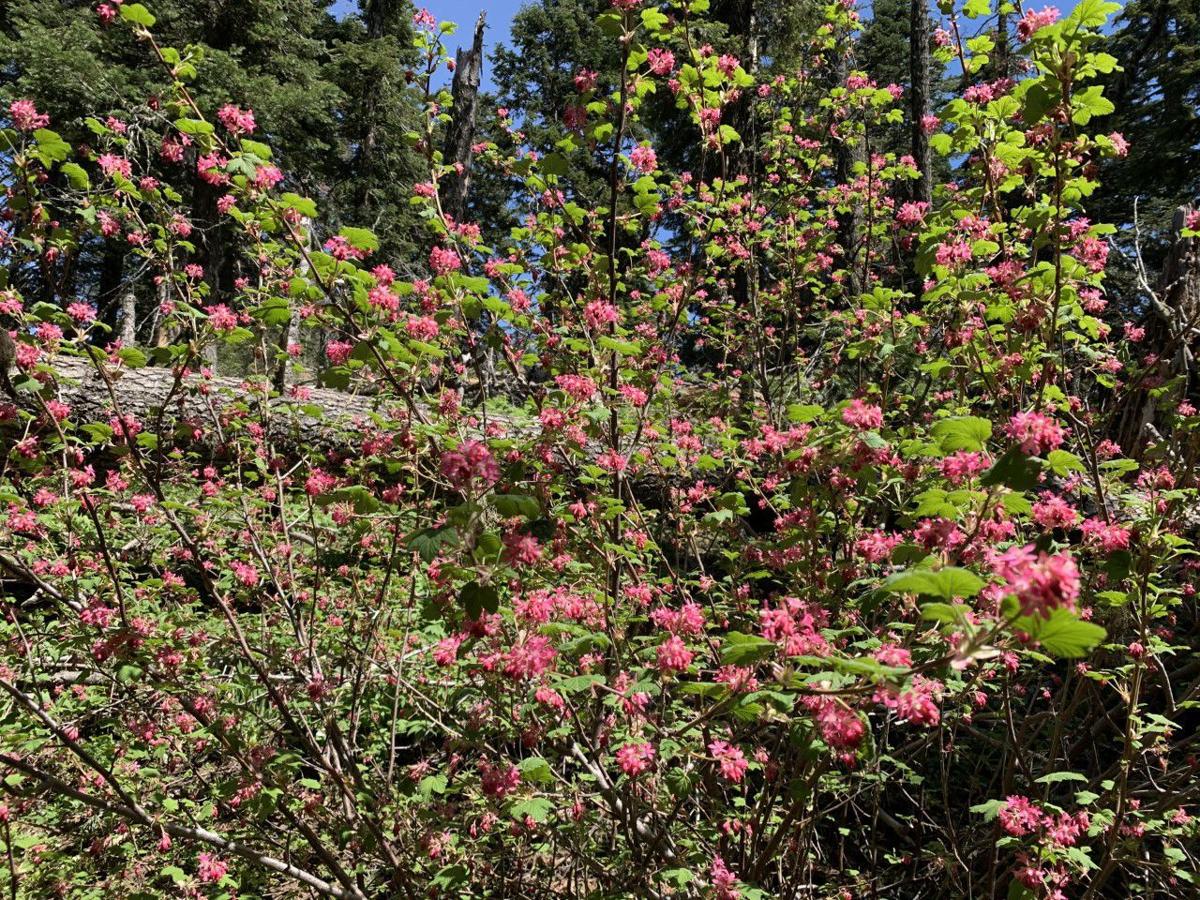 Red currants are flowering along the PCT. 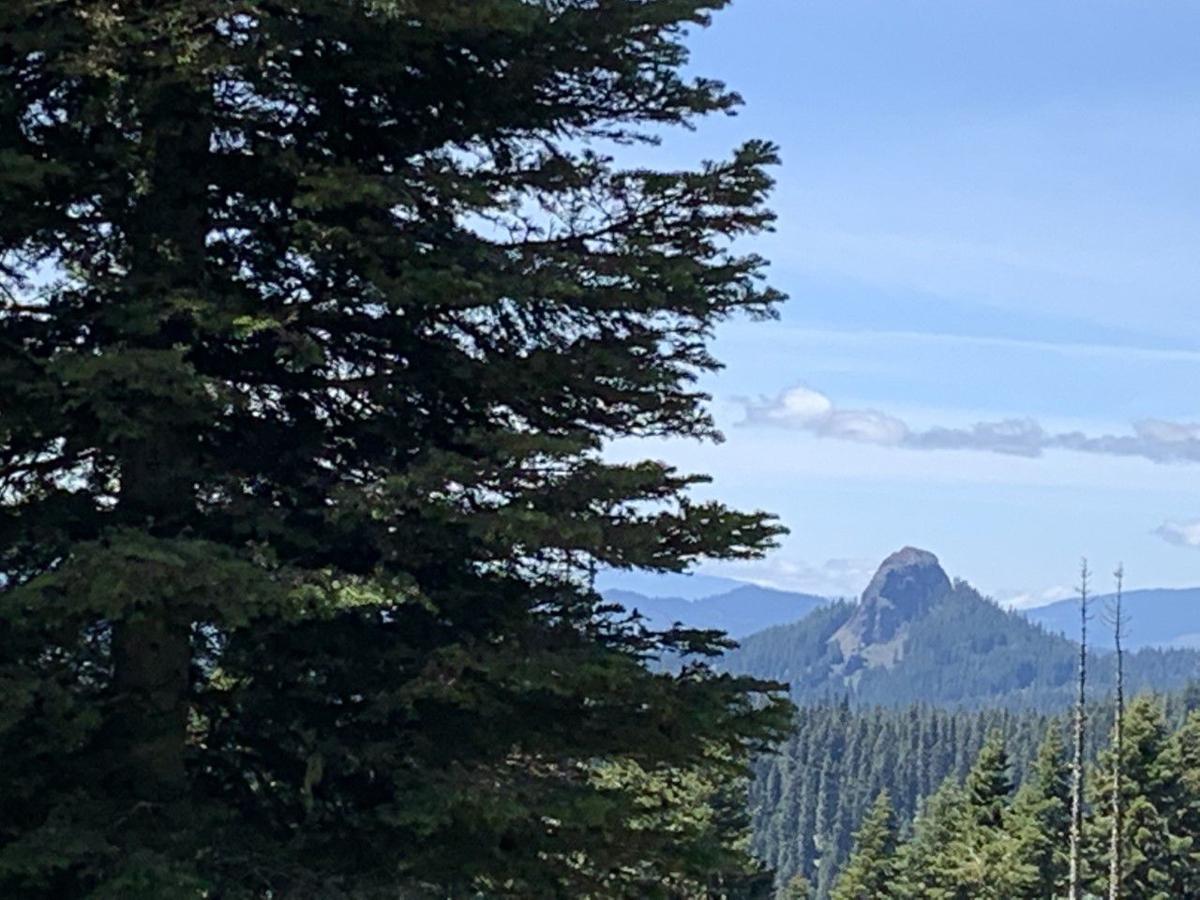 Hikers make their way across an open area along the PCT.

Red currants are flowering along the PCT.

Look up, look out or look down.

Whatever you do, look around because springtime in the Cascade-Siskiyou National Monument is a season when there’s much to see. There’s still snow on distant peaks like Mount Shasta and Mount McLoughlin. Pilot Butte is snow-free, but it still pokes above the surrounding forestlands with its signature thumbs-up shape. Even more dazzling is the colorful profusion of beautiful wildflowers; there’s much to see at the Cascade-Siskiyou National Monument.

Located at the crossroads of the Cascades, Siskiyou and Klamath mountain ranges, the Monument is a place of ecological delights. From the ground up, it’s a place celebrated for its biodiversity, from its amazing biological array of flowers, plants and grasslands to its woodlands, forests, meadows and fascinating geology.

Many regard spring and early summer as the best time for viewing and experiencing the Monument’s diversity, especially the ever-changing array of seasonal wildflowers.

During a recent day hike, the Monument’s many charms led me to create a commingling of a new word to describe its beauty. With apologies to Merriam-Webster’s Dictionary, that word is “Viewtiful.”

And the sights at the Monument truly are viewtiful, whether looking up, out or down.

Our foursome left from the Hobart Bluff parking lot off the Soda Mountain Road. Two weeks earlier we headed north along the Pacific Crest Trail to Hobart Bluff. This day we hiked south toward Little Pilot Peak.

Because Niel Barrett’s and Mary Beth Lee’s familiarity with the region dates back to before the Monument was established in 2000, they added a delightful twist on our outing. From the parking lot we quickly passed along an open hillside vibrant with multiple varieties of colorful wildflowers — paintbrush, phlox, violets and more.

But the variation came about a mile in, when we left the PCT and followed an unsigned trail that gradually climbed and met a dirt road. We followed that uphill only a short distance before veering off the road downslope to a hidden, mostly obliterated road that’s become overgrown and occasional climb-over or go-around fallen trees. Without Niel’s keen eye we would have walked on by.

While Mary Beth and Liane Venzke took a break, I followed Niel, who kept busy pointing out ridges that offer easier cross-country routes to Boccard Point.

We doubled back and rejoined Mary Beth and Liane for lunch perched on a flowery hillside that featured a through-the-trees view of knobby Pilot Rock. From there we backtracked to another mostly hidden old road that weaved through more wildflower-colored meadows, eventually reconnecting with the PCT near its unsigned, undesignated trail to Little Pilot.

Niel and Mary Beth lamented the lack of a trail from the PCT. Instead, many hikers unknowingly tromp and stomp up a hillside lush with western peony, one of various flowers Niel declared is his favorite. Earlier he’d declared the Royal Jacob’s ladder, or royal polemonium, is his best loved flower. Actually, there’s a lot to love.

Returning to the PCT and following it back to the Hobart Bluff parking lot was brightening with more wildflower displays. Especially plentiful were trilliums, some with white pedals and others turning various shades of pink. Some flowers I could identify — daggerpods, larkspur, shooting stars, pussy ears, Klamath fawn lilies, dogwoods. Others I’m told included Solomon’s seal, butterweeds, pennycress, rockcress, waterleaf, serviceberries, currants, calypso orchids, fritillary, Oregon sunshine and death camas, among others.

Look down, up or out. A day hike in the Cascade-Siskiyou National Monument is sure to be a viewtiful experience.