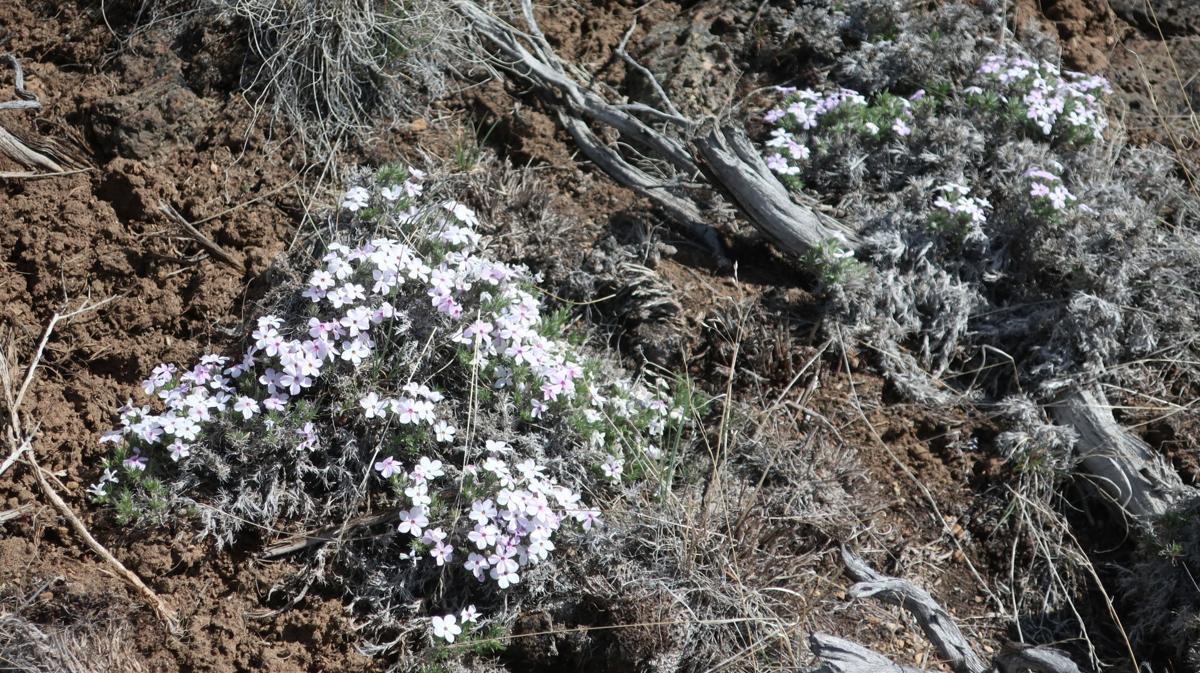 The trail to Whitney Butte is brightened with occasional wildflowers. 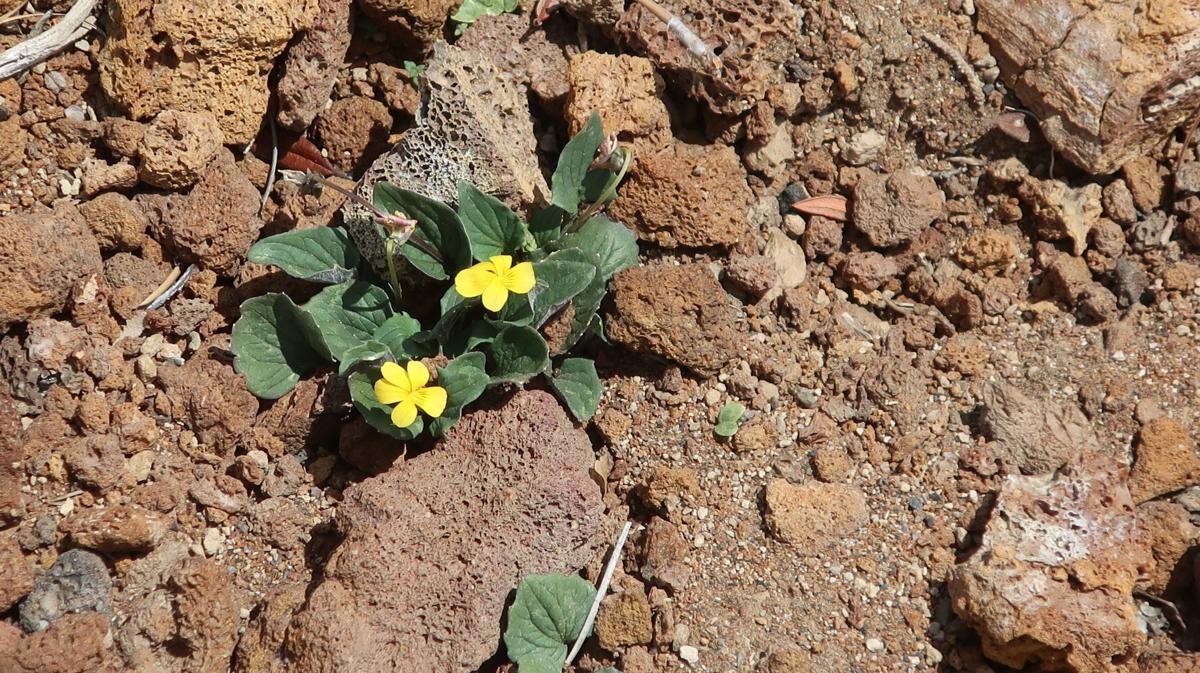 The trail to Whitney Butte is brightened with occasional wildflowers 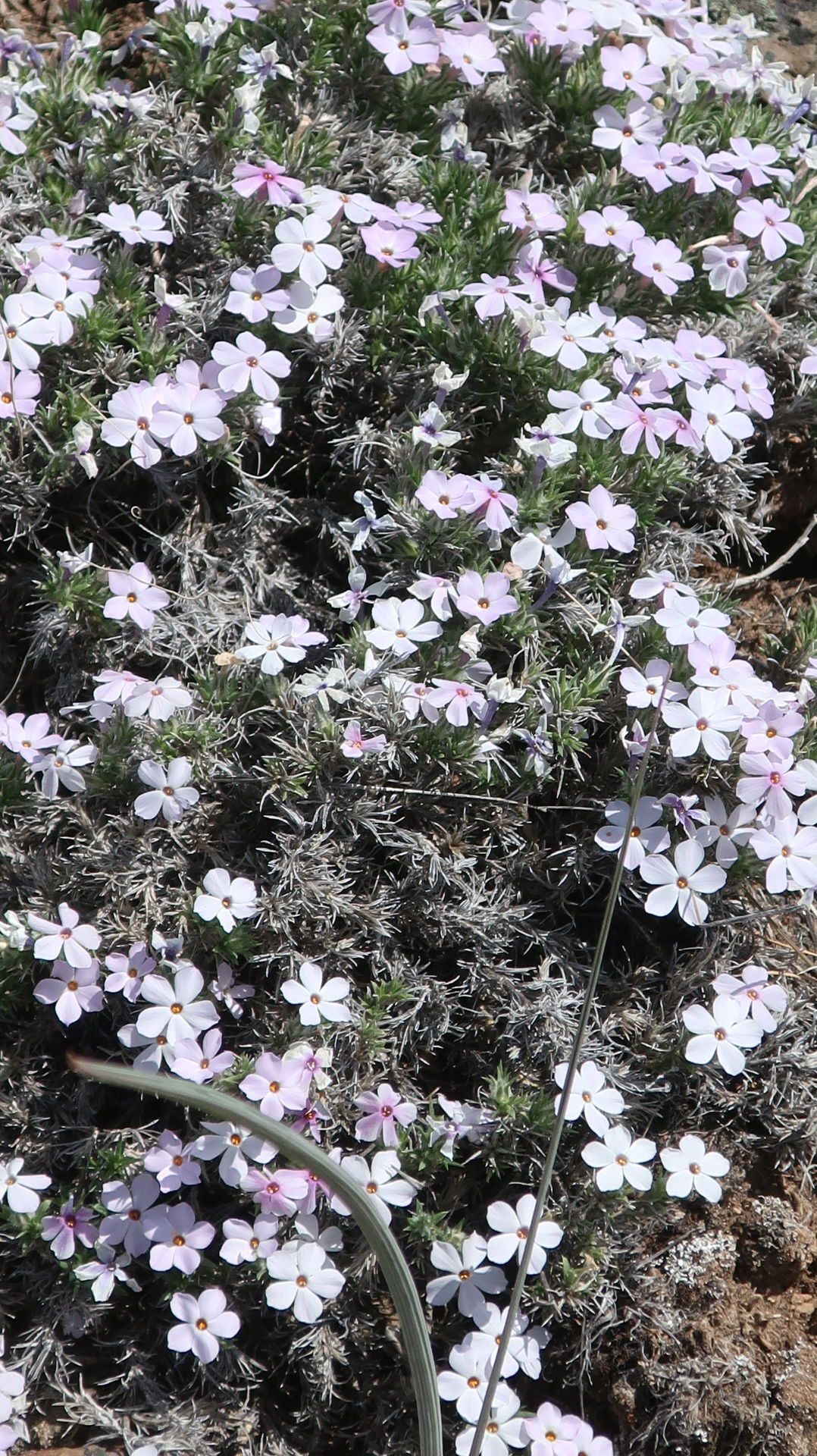 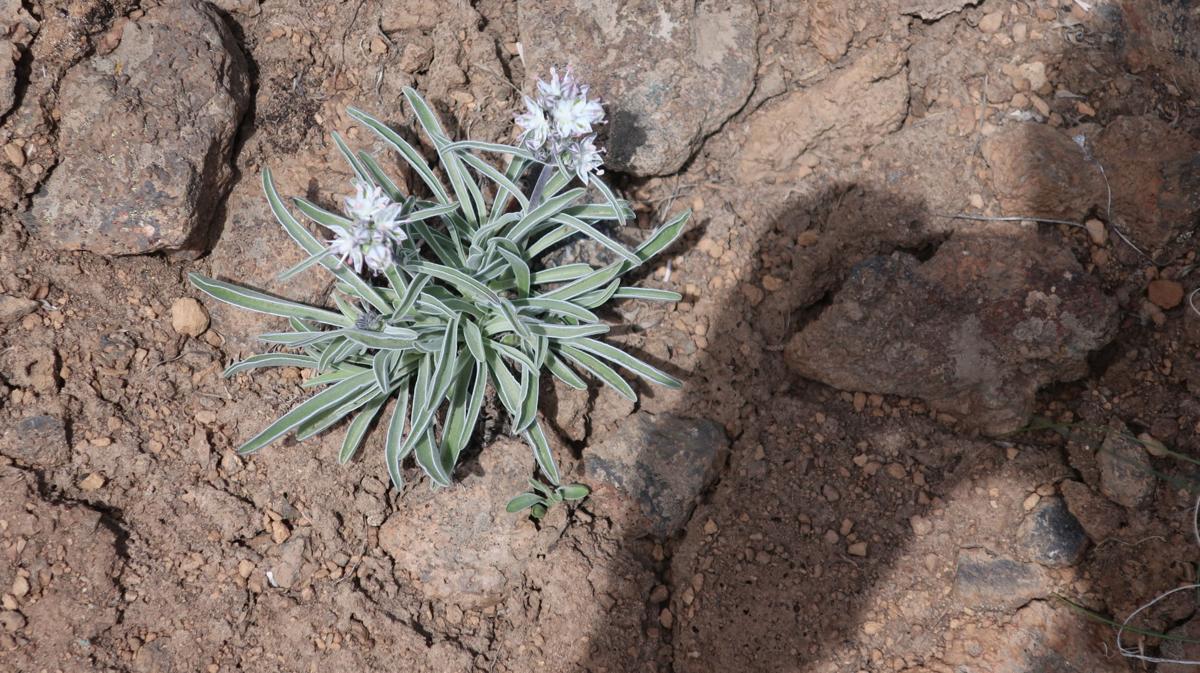 ABOVE: Hardy wildflowers grow even in cracks in the lava. BELOW: The trail to Whitney Butte is brightened with occasional wildflowers.

The trail to Whitney Butte is brightened with occasional wildflowers.

The trail to Whitney Butte is brightened with occasional wildflowers

ABOVE: Hardy wildflowers grow even in cracks in the lava. BELOW: The trail to Whitney Butte is brightened with occasional wildflowers.

Friends and I were having lunch atop Whitney Butte, one of the cinder cones at Lava Beds National Monument. We had followed the trail that begins from the Merrill Cave parking lot. It’s a mostly gentle, undulating, sometimes rocky trail that passes through scattered stands of tall junipers, sagebrush, grasses, starting-to-bloom wildflowers and lava flows. Instead of going to trail’s end at the Callahan Lava Flow, about three miles in we headed uphill to traipse around trees and bushes to Whitney Butte’s 5,010-foot summit.

While there’s no defined trail to Whitney’s top, one of the not-so-obvious routes from Whitney’s northeast flanks offers a peek at the park’s pre-history.

The trail and the butte were named for Jerome Whitney, an early settler who began grazing sheep in the lava beds near the butte that bears his name in 1885. Because there are no nearby water sources, it’s believed Whitney used melted ice from Merrill Cave, which no longer has ice, to provide water for his flocks of sheep. Remnants of what some believe was Whitney’s camp — stacks of carefully placed rocks used to create a shelter — can be seen off the main trail.

Although the butte is named for Whitney, the trail goes to and ends at the Callahan Lava Flow, about 3.3 miles from the trailhead. Because no trail goes to its summit, reaching the top requires a make-your-path with a vertical gain of about 300 feet. It’s worth the effort. Whitney Butte is a great place to enjoy 360-degrees views of the park, the summits of other cinder cones — Eagle Nest, Bearpaw and Schonchin buttes —the imposing and far reaching Callahan Lava Flow, the Medicine Lake Highlands and, of course, Mount Shasta.

A bit of history. The Medicine Lake Highlands is the largest volcano in the Cascade Range by volume and also the largest volcano in California by area. Created by a series of eruptions that geologists estimate happened over a half a million years, the highlands span an area 22 miles from east to west and 30 miles north to south. Vents and lava flows continued to erupt around the main volcano until historic times.

It’s estimated that Whitney Butte, one of those vents, erupted in the middle Pleistocene — between 126,000 and 781,000 years ago — sending a 30-foot thick andesite lava flow four miles to the north, creating the cinder cone known as Whitney Butte.

So, what about the little things that create big impressions?

From atop Whitney Butte and along the trail signs of spring included a smattering of wildflowers, including varying tones of phlox. Adding color, too, were purple juniper berries while chocolate-hued pine cones contrasted with the green-needled ponderosa pine trees. Some trees and broken limbs were decorated with “beards,” strands of soft-toned, muted green lichen looking in desperate need of a shave.

But it was something infinitesimally smaller that, for me, created double-takes.

At first glance, a teeny white dot, not much bigger than the capital letter “O,” was mysteriously moving back-and-forth atop a small flat-topped pumice rock riddled with tiny air pockets. A closer look revealed a microscopic-sized black ant was hauling the marshmallow white whatever-it-was, apparently searching for an easy route off the steep-edged stone. Back-and-forth the ant went until, possibly flustered at finding no easy escape route, it dropped from the rock. After a pause, the hidden ant was on the move, totting the white dot, and disappearing in the brush and pine needles.

Reasons for fascination come in many forms. Sometimes the smallest critters are the biggest surprise.

Many areas of Lava Beds National Monument burned by last year’s Caldwell Fire remain closed, but some trails and most of the commonly visited lava tube caves are open.

“We are evaluating them, removing hazard trees and re-routing trails where needed,” reports Roseann Worley, the park’s acting superintendent of the ongoing assessments. “It is my hope we can start re-opening some more trails by the Memorial Day Weekend and we will keep the public informed as we go. In some areas, we are waiting for the regrowth of fragile plants to become better established in order to protect exposed archaeological sites and stabilize soils.

Worley emphasizes some undamaged trails are available for hikers.

“I do also want to celebrate what is open,” she said, referring to the Whitney Butte, Schonchin Butte, Big Nasty, Gillem Bluff, Heppe Cave and Black Crater trails. Only two caves are closed because of the fire, though normal seasonal closures are in place for select caves to protect maternal bat colonies.