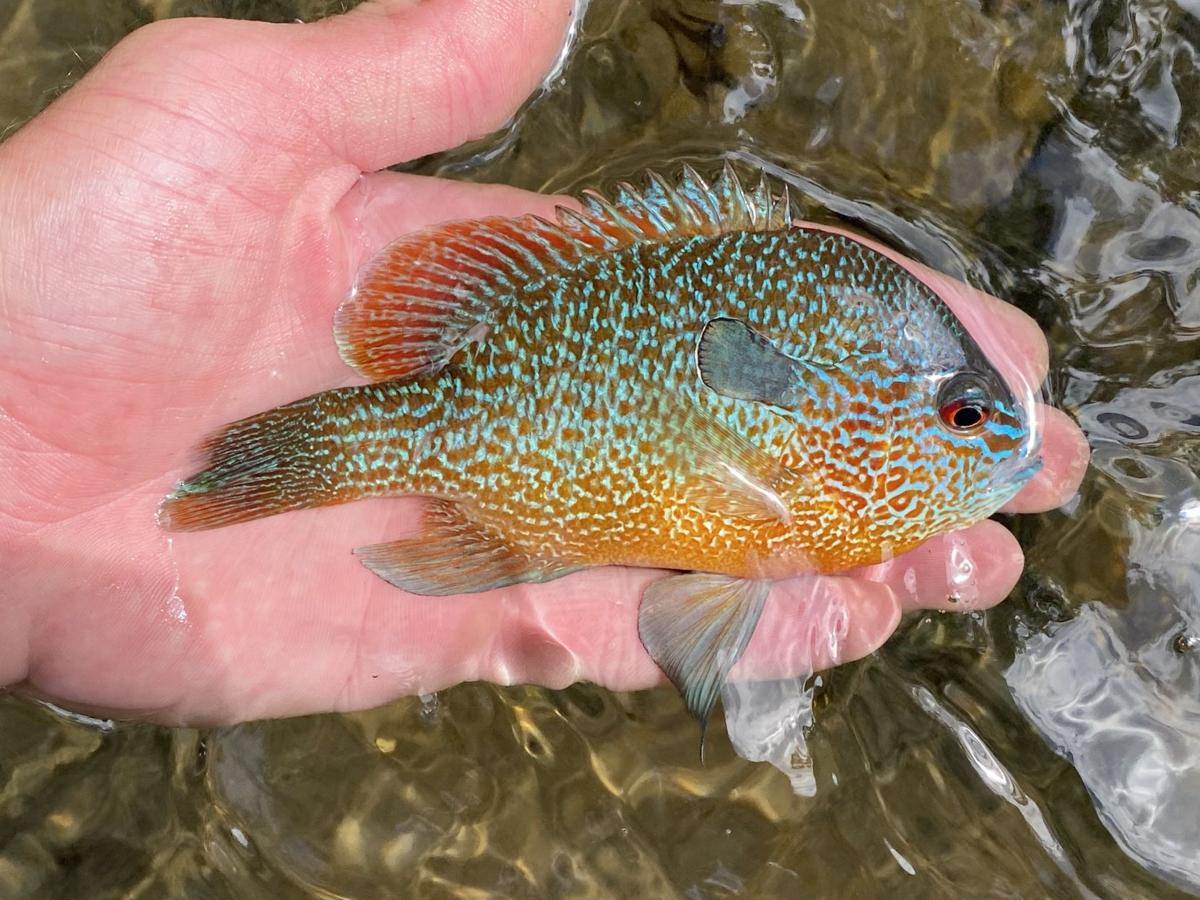 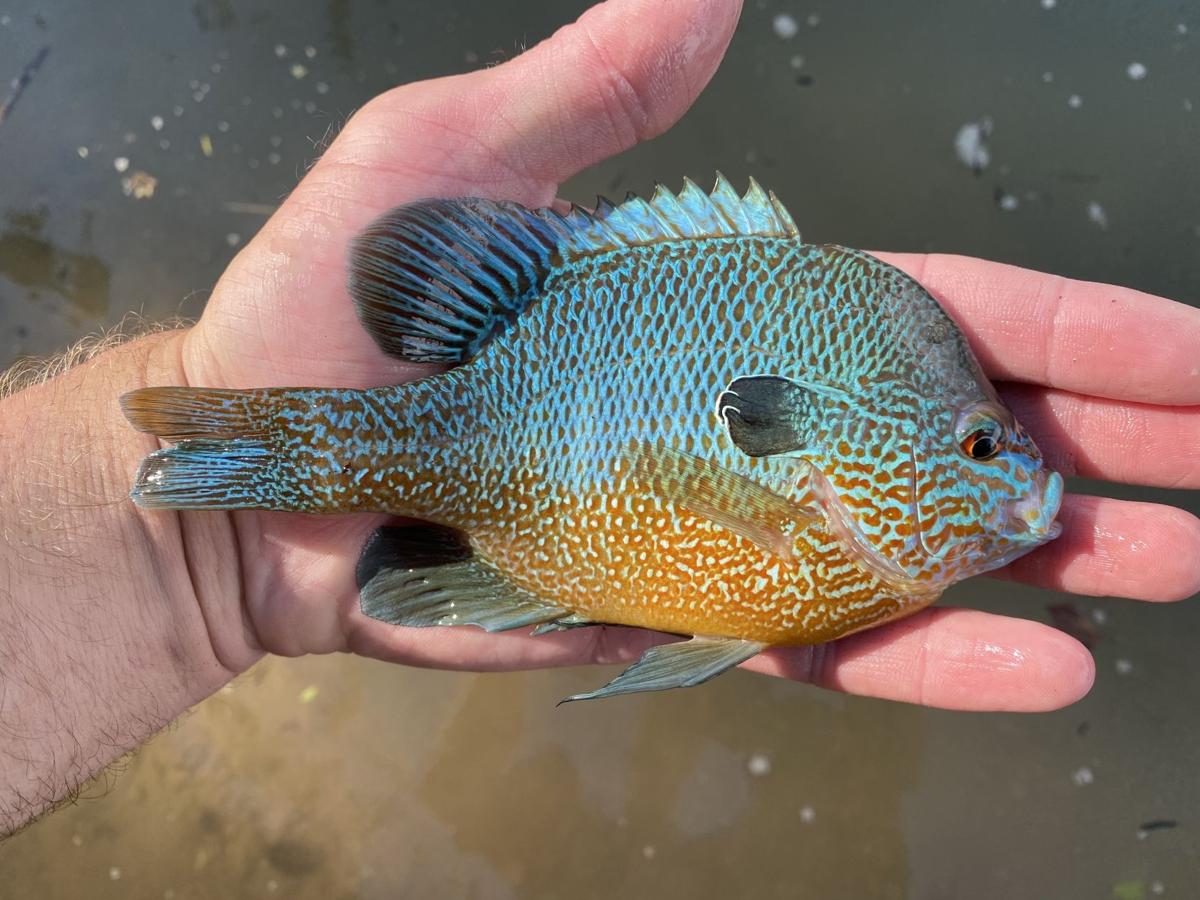 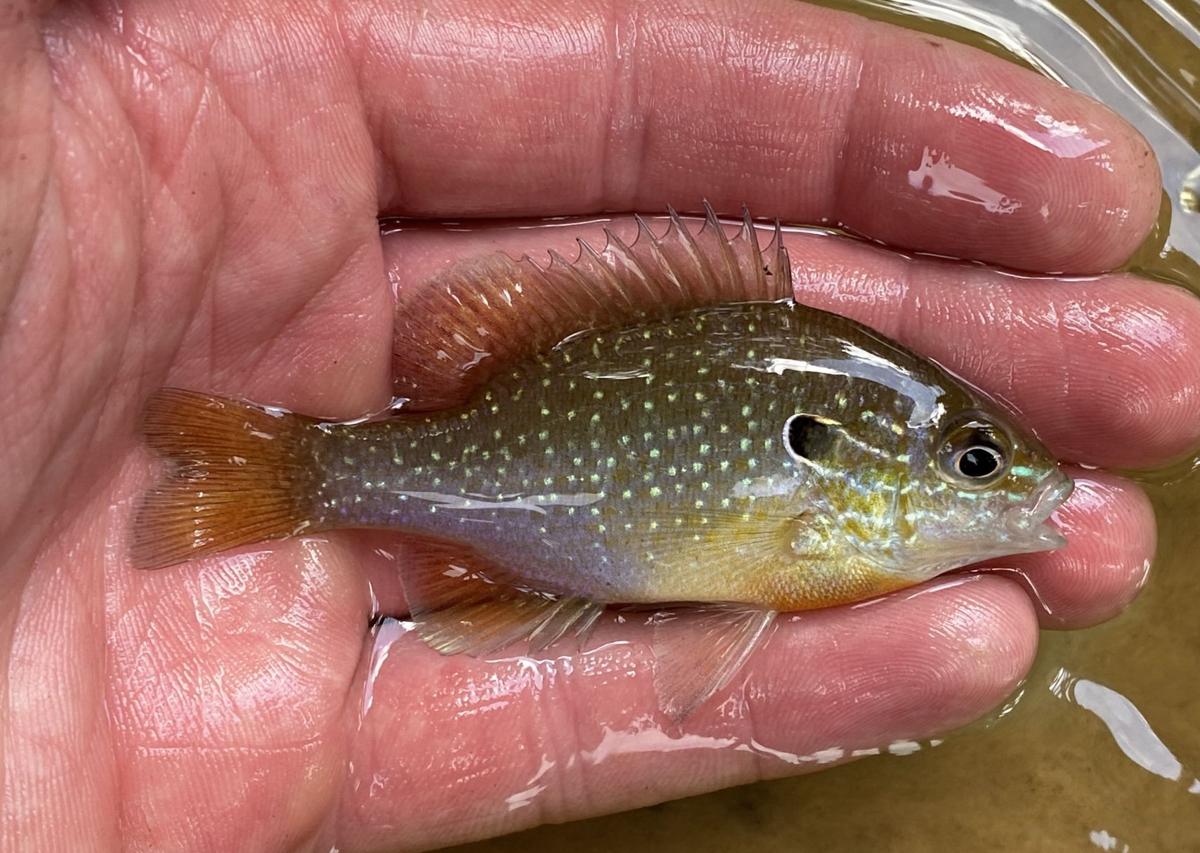 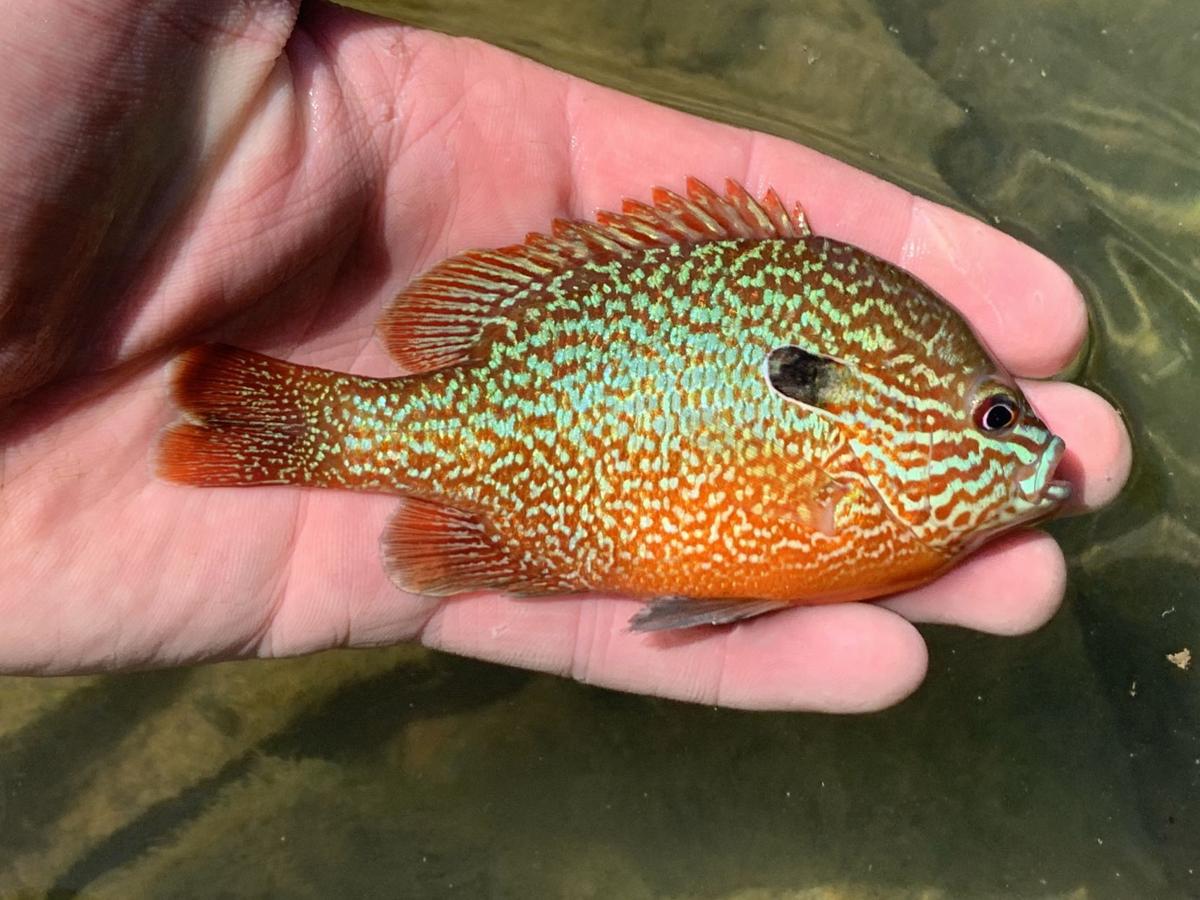 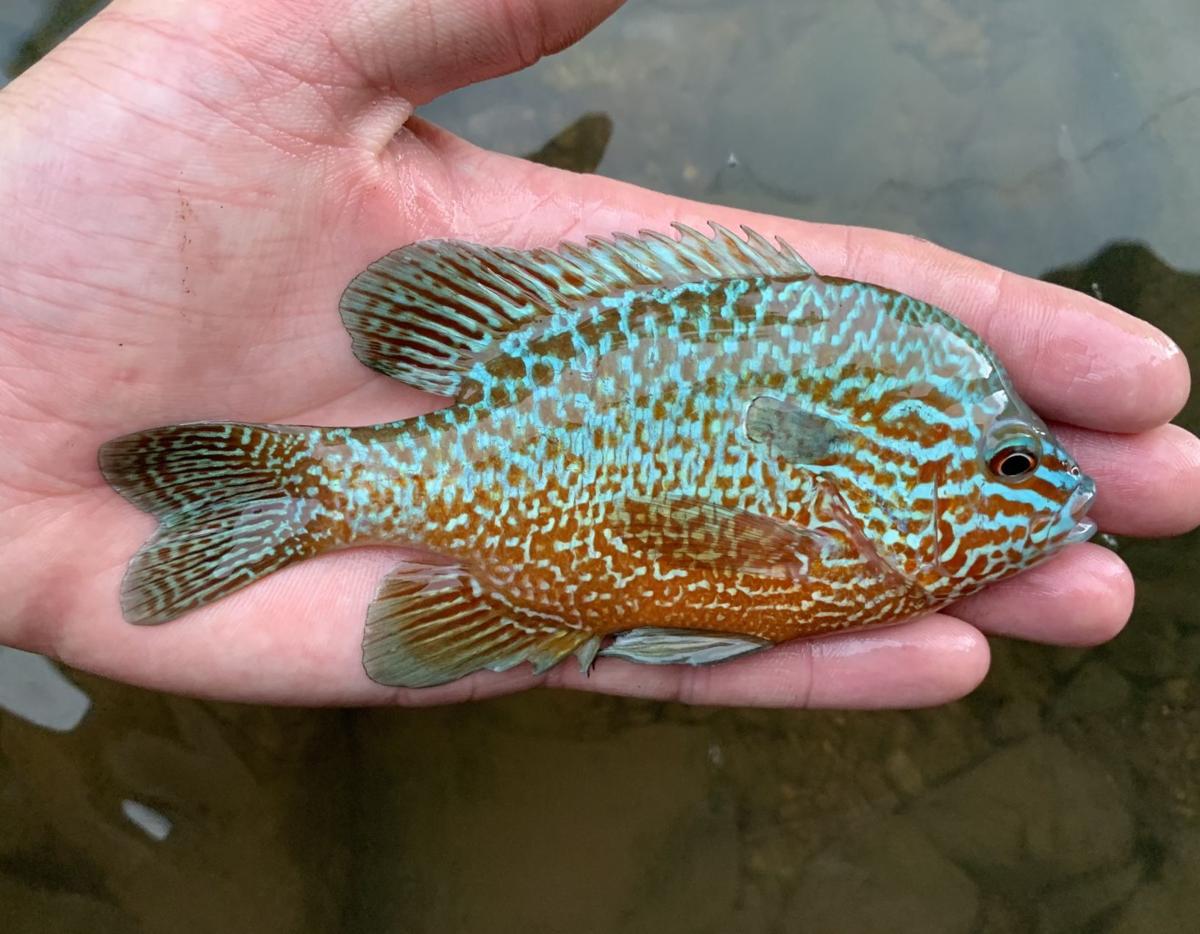 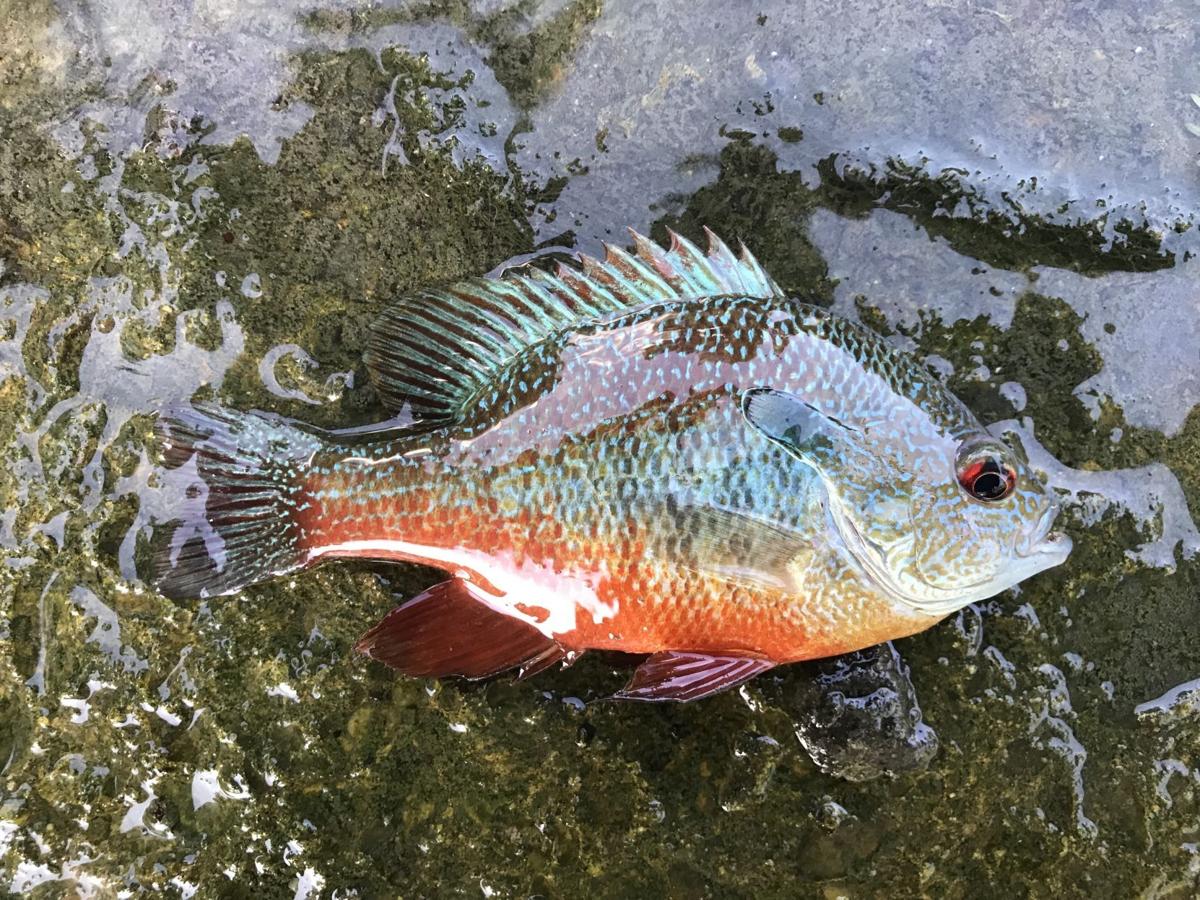 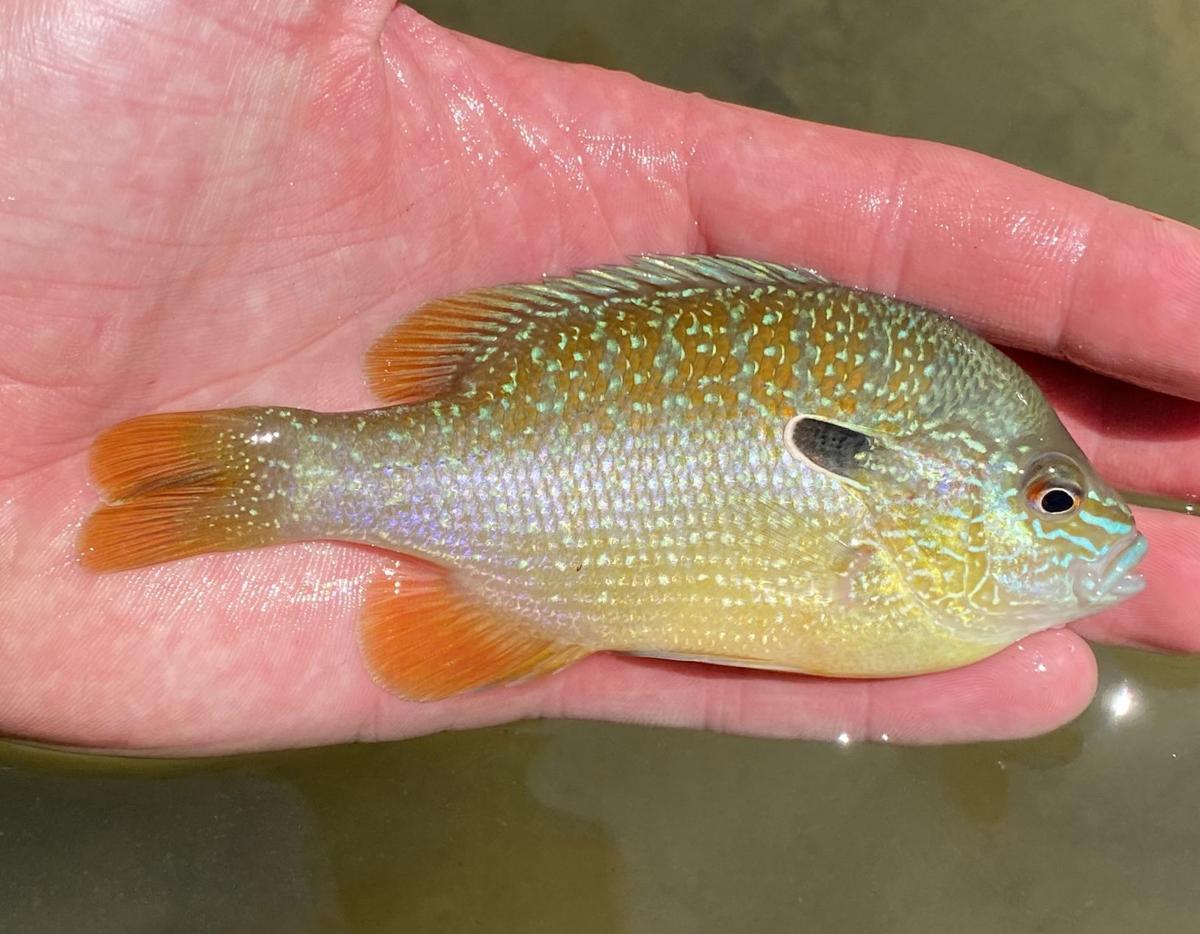 Find a dozen of your closest friends and explain the rules for me.

I’m gonna show you a picture of a fish for three seconds. Then you have to paint the fish from memory as accurately as possible from the original.

At the end, we’ll compare our paintings.

Odds are, the variety this little exercise produces will be akin to the variety found in North America’s most diverse freshwater fish: the longear sunfish.

Until I spent time in San Antonio for tech school, I’d been similarly cheated.

After catching my first longear in the San Antonio River, just minutes from the heart of the sprawling metropolis of the same name, the brash and beautiful little sunfish won a place in my own heart. Call me shallow, but its beauty left me defenseless.

Longear sunfish naturally range east of the Rockies from Canada to Mexico and west of the Atlantic slope, and in the years since that first encounter in San Antonio, I’ve since caught them in nine additional states.

Perhaps what is most amazing about longear sunfish is just how much they vary within said range. The diverse complex of creatures that we still collectively refer to as “Longears” includes a stunning variety.

Typically, fish look quite similar across their range.

Sure, there will be superficial differences. Fish over white sand or in milky waters tend to be lighter colored. Fish from dark, tannic swamps tend to be darker. Riverine fish will be slightly more streamlined than their stillwater counterparts.

Longears follow some of these rules but add even more variation to the mix.

Typically, the only variable is not what you’d think (a long ear, called an opercular flap) but rather a single color: aqua.

My first longear, the one from Texas, was probably the most colorful. It boasted a bright red eye, a red-orange underside, and vivid aqua markings splashed along its face, sides and dorsal fins.

Just one state over, in New Mexico’s Pecos River, I caught my least colorful longear. The fish was a gilded white gold with each scale outlined in the subtlest light blue — the same faded aqualescent color tracing lines on its face.

Moving north into Alabama, the purples and yellows faded to the lightest brushing with the green sides being interspersed with russet stripes, two or three scales wide.

At the northernmost part of Alabama, the pastels were replaced by an intense, two-toned coloration of pumpkin and turquoise, crisscrossing the fish in equal parts.

Crossing the border into Tennessee, a wider spectrum of oranges flirting with both yellow on the belly and red on the dorsal fins asserted itself.

In Indiana, the red-orange returned, but the aqua was mixed with enough green to make it almost look lime in the right light, making me understand the potential origin of the word ‘limelight’.

A journey through the Ozarks showed me the longears of Missouri, Arkansas and Oklahoma of all shapes and sizes, though the Current River’s appeared to have orange scales, each individually traced with vivid cyan across most of its body until the artist grew tired and stopped tracing the bottom third of the fish’s scales.

If I didn’t show you a picture of a person but asked you to draw one, how would your person look?

We’ve been trained to focus on differences. We should acknowledge these differences and appreciate them for the variety they bring into our lives, but we should also realize they’re largely superficial.

I’m not saying be blind to differences; these are what gives life flavor. Rather, appreciate these differences and then work towards common ground.

A longear is still a longear whether it comes from Florida, Indiana or New Mexico, and a person is still a person no matter what their skin color, political affiliation or favorite hobby.