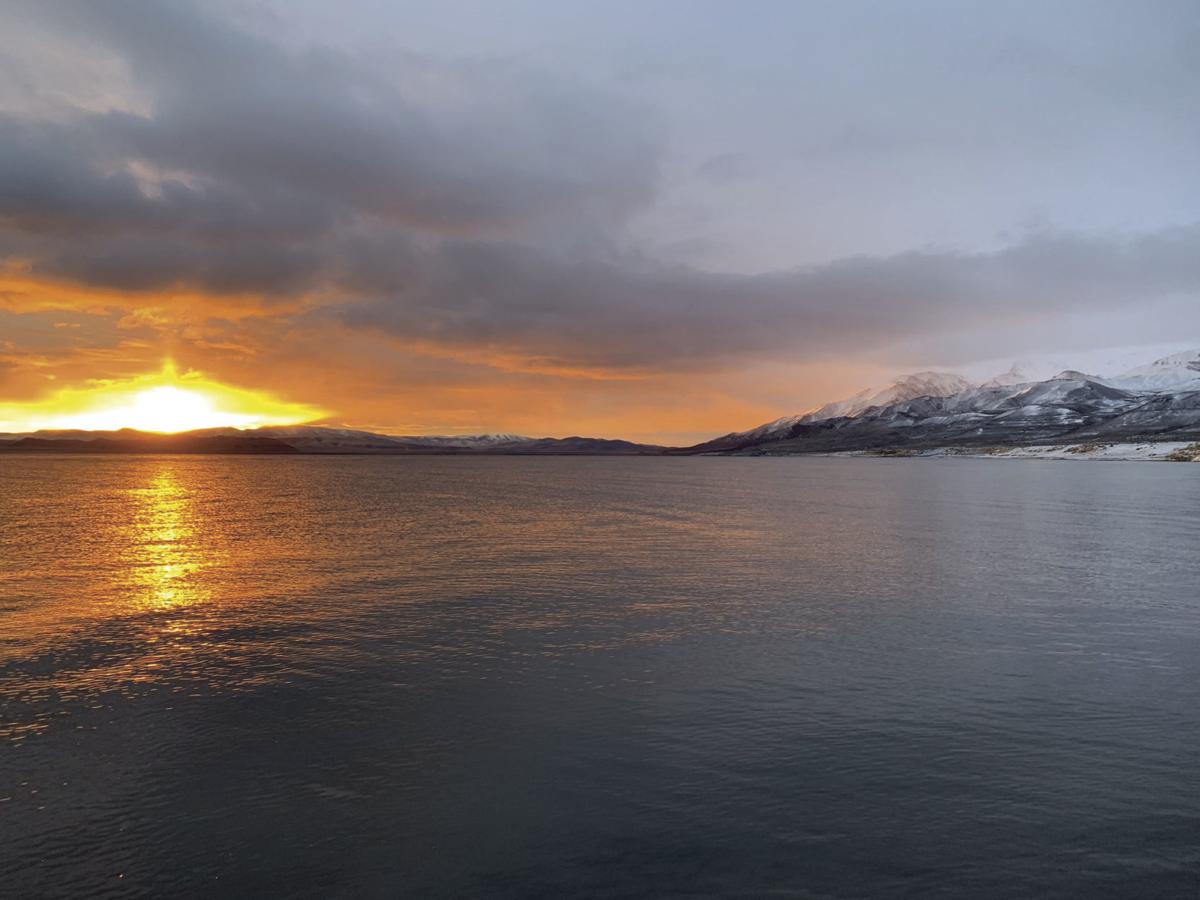 Though the crowds are always present at Pyramid Lake, places less popular with flyfisherman, such as Indian Head (pictured) are your best bet if you decide to make the trek in the winter. 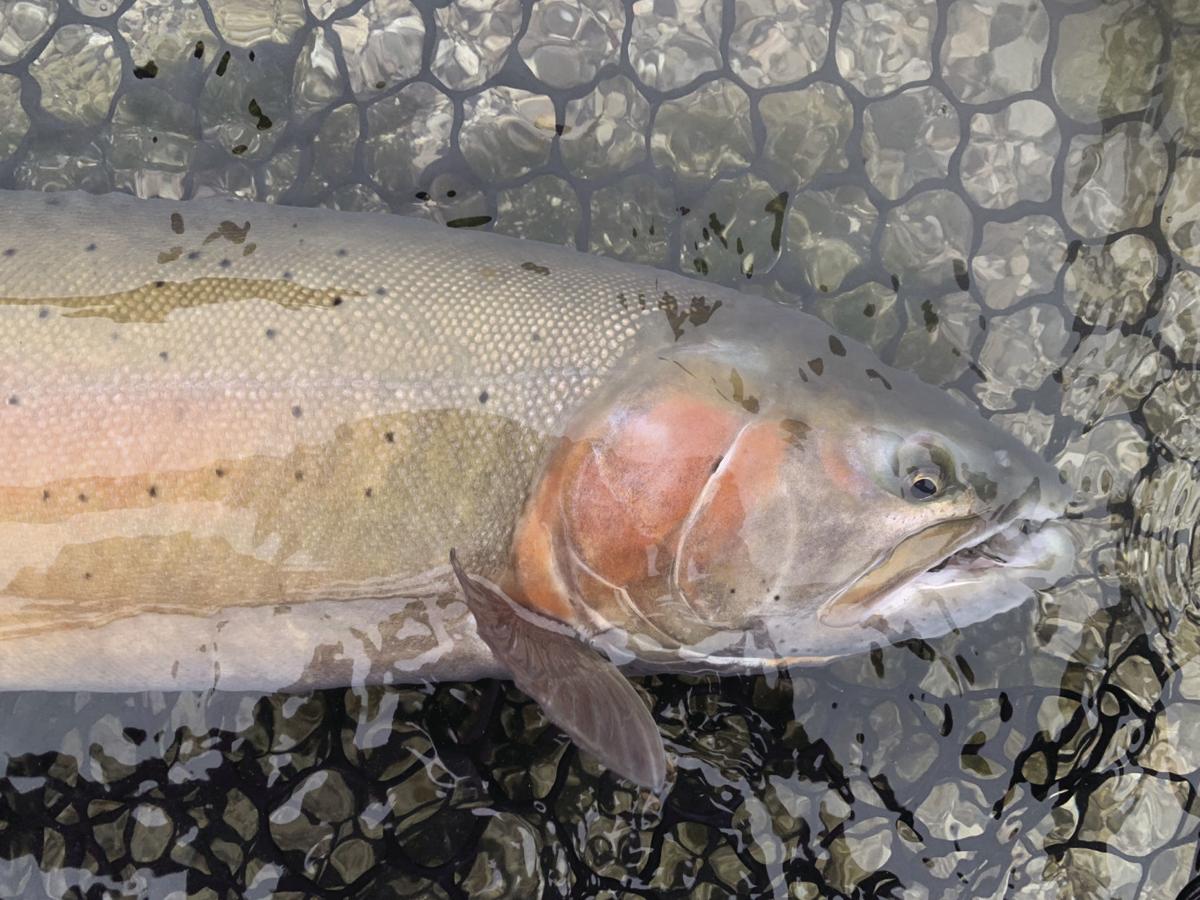 Though the fishing can be downright miserable in the winter, the author managed to get his first Lahontan Cutthroat on the fly during a February trip last winter.

RENO — I recently started to rewatch “How I Met Your Mother” on Hulu. Not only is it one of the all-time great series, dramatically improving upon the premise and execution of its spiritual predecessor, “Friends,” but when it ran during my high school and college days, it influenced culture in a way few modern shows — save maybe “The Office” — have accomplished.

The main character, Ted Mosby, tells his kids the story of how he met their mom in conveniently television-friendly 22- or 23-minute chunks, and he serves as the narrator of the series in which a younger version of himself stars alongside a core group of friends. Often, he’ll wax philosophical, and this insightful, narrator Ted is my favorite Ted.

In one episode, he says “Kids, you may think your only choices are to swallow your anger or to throw it in someone’s face, but there’s a third option: you can just let it go. And only when you do that is it really gone, and you can move forward.”

I waited a year to write this story because it took me that long to let it go. It’s a story about how I spent one long weekend last February, when I drove into the middle of the Nevada desert and fell victim to what is perhaps the most insidious Pyramid scheme around.

When I started down Highway 39 and hit packed snow just a few miles past Malin, Ore. and more thick white flakes parachuted down all around me, I should’ve just went home. Instead, I drove on in the almost whiteout conditions I would find myself suffering through for almost 250 desolate miles.

Since a visit to Pyramid Lake requires visitors from the north and west drive all the way down to Reno before making their way up to the Pyramid Lake Paiute Reservation that encompasses the lake, that four-hour-drive behind cars and semis moving at a snail’s pace with insufficient visibility to pass on winter roads stretched to six and a half hours.

At 188 square miles, Pyramid Lake is a massive lake twice the size of Oregon’s largest permanent lake (Upper Klamath Lake at 88 square miles) and still markedly larger than Idaho’s largest lake (Pend Orielle at 147 square miles). These states, along with California and Utah fuel a massive exodus of anglers who head to Pyramid Lake in hopes of catching “the world’s largest cutthroat trout,” the Lahontan cutthroat. It’s true; they are the largest, but the overwhelming majority of cutties found in Pyramid Lake are hatchery fish, planted as fingerlings and reared in the lake. Strike one.

I arrived late in the afternoon to fish Indian Head, one of more than a dozen named access points on the lake’s western shore. I purchased a fishing license only valid at the lake (strike two) and made my way to the beach.

Pyramid is incredibly popular, and during peak season (October, November and March through June) anglers should expect to fish shoulder-to-shoulder. Strike three.

Catch rates are comparatively low for a hatchery trout lake, but incomparable size-wise for cutthroats, with the average fish well over 20 inches and double-digit fish caught every week.

The dirt road leading to Indian Head was dusted with snow that cold winter day, but the frigid desert air kept it from turning the road into a mud pit, and I pulled up without any problems. I shucked my pants and put on warmer clothes and waders, walking past all of the flyfisherman standing on ladders (it’s something you really have to see firsthand) every few feet for at least 50 yards on both sides of the point.

I tied on a swimbait and threw out while I talked to the half dozen guys within earshot, stacked like sardines on the sandy beach. They’d been there all day and picked up half a dozen fish. By they, they meant the 20 or so anglers fishing both sides of that point.

I reeled in and casted out again.

They weren’t thrilled I was fishing with spinning gear, but even though I had a few fly rods in the car, I knew a big meaty lure was my best bet to trigger a strike in the February cold when a trout’s metabolism is about as slow as it will be all year. A meal has to be worth the effort.

I reeled in and threw out a third time. I let the lure fall to the bottom and then bounced it towards me off the bottom like a sculpin or dying minnow.

Something crushed it. Strike four, technically, but the good kind. I battled what turned out to be a 32- or 33-inch behemoth of a fish for about three minutes, gaining ground as I backed up to my net which I’d left just up the beach. The fly guys had stopped fishing, and a crowd was gathering, so naturally when I stooped to pick up the net, the fish tailed just feet from me and splashed enough to showcase its 15-pound frame before spitting the hook. Excluding lake trout, it would’ve been my largest trout yet.

You know, it’s amazing how much profanity I’ve learned over the years, and the guys on that beach were probably a little impressed with the stream of it that flew out of my mouth.

Fury and heartache are strange bedfellows, but I experienced both that night as the entire beach failed to get another strike. That’s normal at Pyramid, though. Fishing is feast or famine (strike five).

When, the next day, I had just one soft hit (strike six) and then absolutely froze as the daytime temperatures failed to break 20 degrees (strike seven). I decided to call it and leave a day early, but not before I tried flyfishing at Pelican Point — the place I’d first fished Pyramid years before.

With the help of David Gough, a guy I’d met on the first trip who just happened to be there that day, I was able to land one respectable fish on the fly, and he helped me dramatically improve my roll casting from “terrible” to “still bad but serviceable” in just a few short hours.

In the time I fished with him, he landed two double-digit brutes that I netted, and that was as close as I came to anything worth the long, cold trip. In fact, netting his fish and seeing him weigh and measure them just reaffirmed how big the fish I’d lost was.

While there, I swallowed the anger. When I got home, I threw it in someone’s face, but fortunately my mirror was stronger than my insults. It wasn’t until now, almost a year later, that I was finally able to let it go.

Learn from my mistakes and avoid falling prey to this Pyramid scheme.