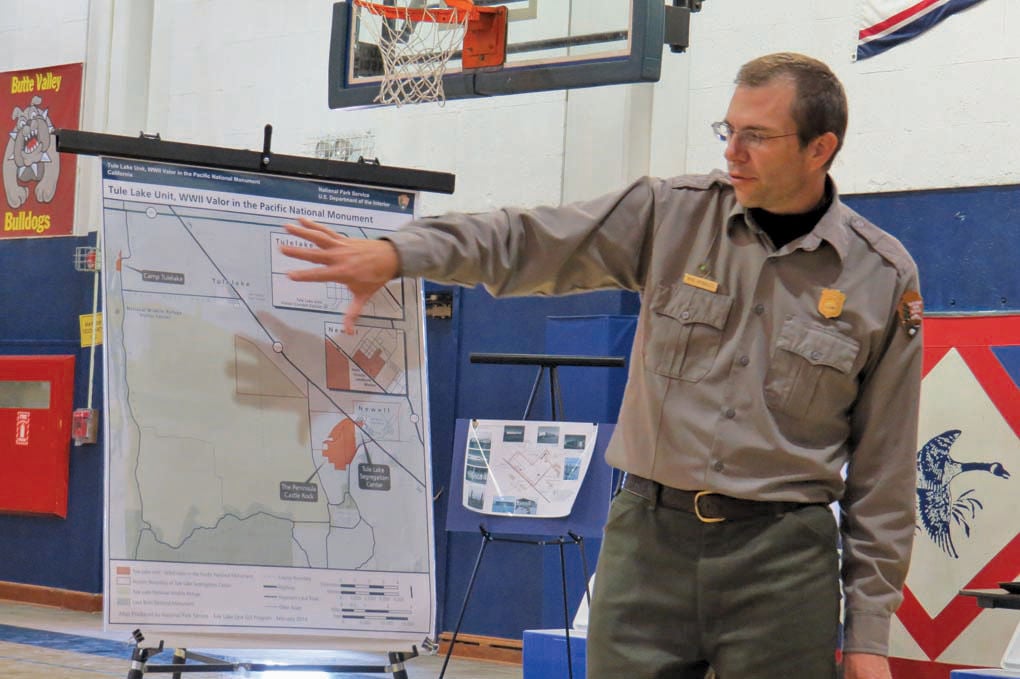 Mike Reynolds, superintendent of Lava Beds National Monument and the Tule Lake Unit, WWII Valor in the Pacific National Monument, describes the size and scope of the Newell project to about 60 people Thursday night at Tulelake High School. 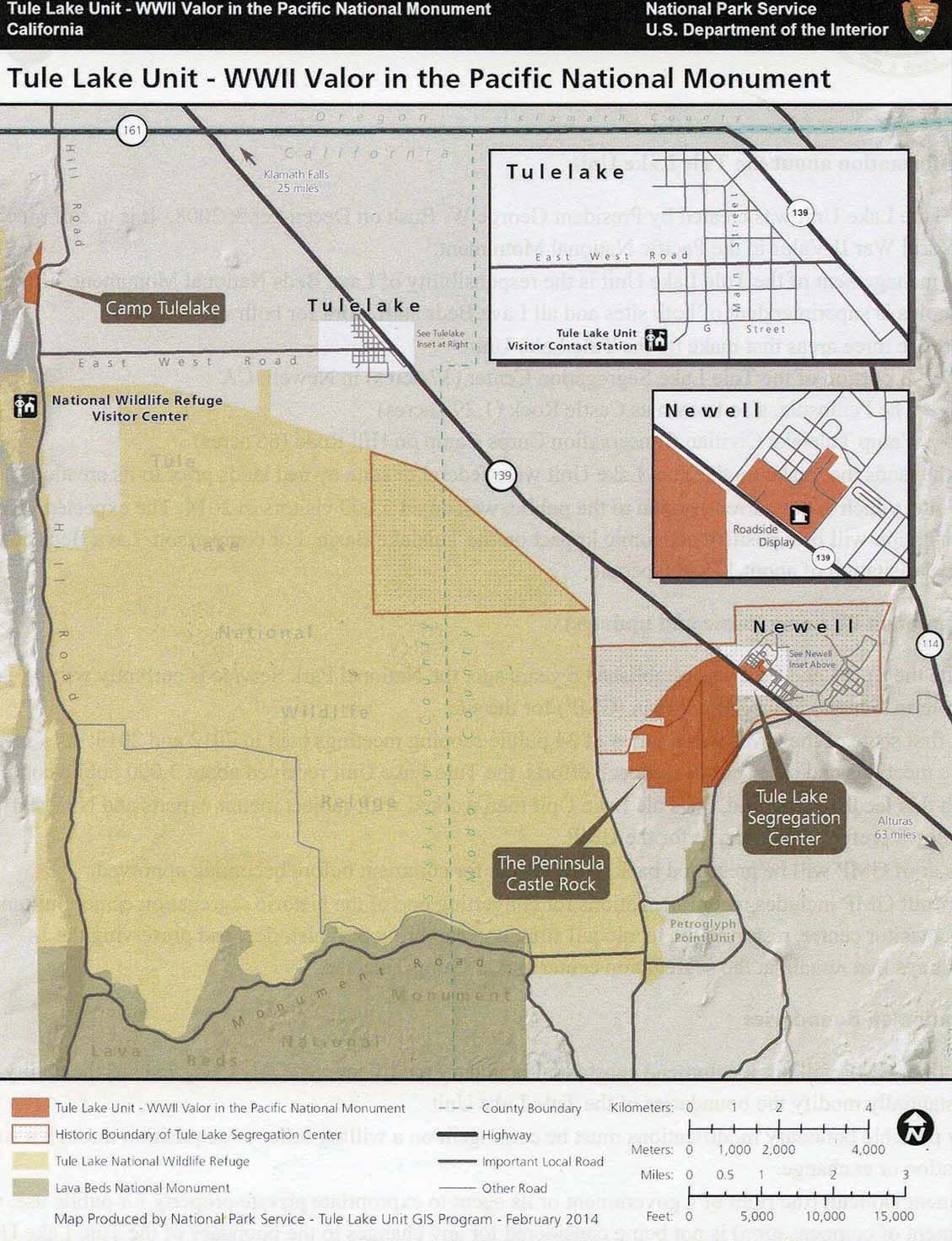 Buy Now
Subscribe Today! Please read: Readers of local content on the Herald and News website – heraldandnews.com – will require a subscription beginning today. For the first few months, non-subscribers will still be able to view 10 articles for free. If you are not already a subscriber, now is a great time to join for as little as $10/month!
Tired of seeing surveys on articles? If you are a subscriber, simply log in or Subscribe now!
1 of 2

Mike Reynolds, superintendent of Lava Beds National Monument and the Tule Lake Unit, WWII Valor in the Pacific National Monument, describes the size and scope of the Newell project to about 60 people Thursday night at Tulelake High School.

TULELAKE — Most people attending a public hearing regarding the management plan for preserving the World War II Japanese-American Detention Center at Newell agree it should be done. Getting it done is another matter.

Thrown in on top of that is a knotty lawsuit filed by a Japanese-American group that seeks to prevent Modoc County from building a fence around the local airport, which is within the boundaries of the former center. The suit, which includes the city of Tulelake, which owns the airport and leases it to Modoc County, could also affect current airport users.

The plaintiffs, the Tule Lake Committee, want to preserve the integrity of the detention center and are challenging the lease between the county and airport.

About 60 people turned out Thursday night at the Tulelake High School gym to hear an update on the planning process for the Tule Lake Unit of the WWII Valor in the Pacific National Monument, a 37-acre site at Newell that the National Park Service is charged with maintaining. Newell is south of Tulelake on Highway 139.

“Trouble is, we have very little money to do much of anything yet,” said Mike Reynolds, superintendent of Lava Beds National Monument and the Tule Lake Unit.

Reynolds said the NPS wants to build a visitor center and other facilities so the public can get a sense of the scale of the camp when nearly 30,000 Japanese-Americans passed through the detainment center’s gates during World War II.

After 36 public meetings and some 1,000 comments from 3,000 participants over the last three years, Reynolds said the preferred alternative for managing the site will be released next fall for final comment. Once fully vetted, the NPS can seek more funding from Congress.

Meanwhile, Modoc County has been seeking funds to build a fence around its facility to make it more secure, protect the public and keep stray animals off the runway. Macy Flying Service of Tulelake uses the airport for its crop-dusting planes.

Nick Macy, operator of the flying service, said he feared the end game of the lawsuit is to shut down airport operations, which could cause the land to be returned to the federal government.

“I’m all for preserving the (historic) site forever,” Macy said. “But the same should apply to the airport as well. I want our airport to stay in business forever.”

Reynolds, who said the NPS is not involved in the lawsuit, expressed hope that a “way forward” could be found through mediation to resolve the conflict.

A bit of history

The WWII Japanese-American Detention Center was the largest of 10 in the U.S. during the height of the war. Construction started in May 1942. By that August, 15,000 people were living at the center. It became the nation’s only segregation center in 1943, when about two-thirds of the population were housed there because they had been deemed disloyal to the United States. The population swelled to nearly 19,000. The loyalty question was hotly disputed — and subject of lawsuits — because of the controversial wording in a questionnaire detainees were required to answer. The center closed in March 1946.

The Tule Lake Committee, which includes people who were incarcerated at Tule Lake and their families, hold a pilgrimage at the site every two years and want it preserved for future generations. Only a few buildings remain, including the Tule Lake jail.

The site sits between two large bluffs, Castle Rock and Abalone Mountain. It is considered a spiritual place by the pilgrimage families and by those now living in its shadow.

Castle Rock is closed to public access because it is co-managed by the U.S. Fish and Wildlife Service and has protected raptor habitat.

Reynolds expressed hope that Castle Rock, though surrounded by private land, will one day have public access to the top under the new management plan.

An audience member remarked, “I’ve lived here 40 years. I can see both Castle Rock and Shasta Mountain from my home. Ironically, I can climb Shasta, but not Castle Rock.”