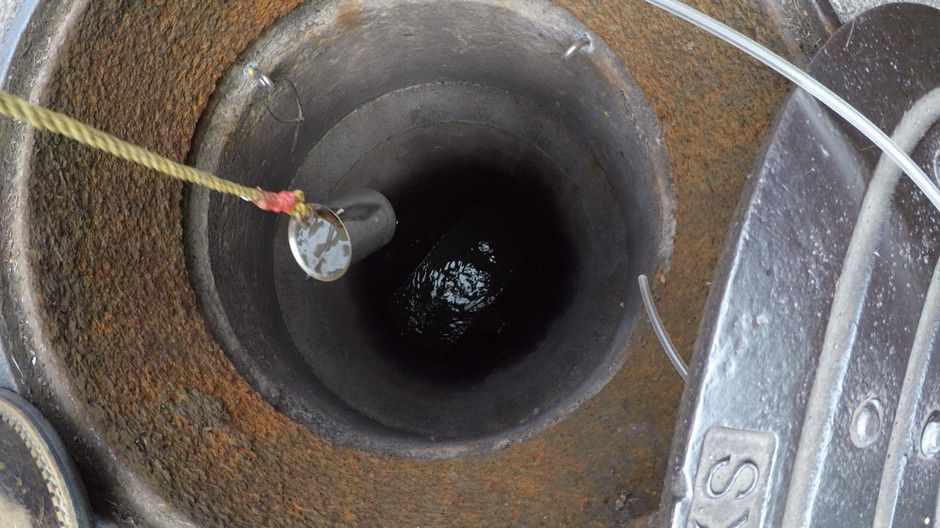 Researchers in Oregon are looking for coronavirus in wastewater in an effort to develop an early warning system for COVID-19 outbreaks. 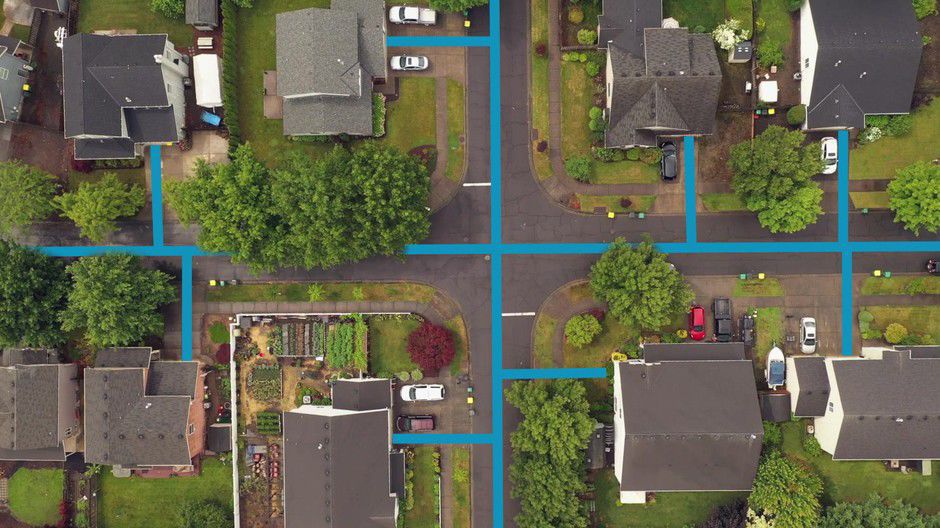 This photo illustration shows how sewers form an interconnected network under the streets, and areas of a city can be isolated for coronavirus testing by targeting certain manholes.

Researchers in Oregon are looking for coronavirus in wastewater in an effort to develop an early warning system for COVID-19 outbreaks.

This photo illustration shows how sewers form an interconnected network under the streets, and areas of a city can be isolated for coronavirus testing by targeting certain manholes.

Jason Cook is wearing a blue dotted mask and a large button on his neon safety vest that reads “Let’s Keep Our Distance.” It’s a good reminder in the age of COVID-19, but maybe one that’s not really necessary for a man wielding a crowbar and collecting water from sewers.

Cook, a university intern with Clean Water Services, uses the crowbar to pull aside a manhole cover, releasing a wave of stink from the open sewer line below.

“We have this stainless-steel little bucket and then we’re dropping it into the stream,” he said.

The shiny metal cup is lowered on a rope. A hollow clanking sound rings out as the cup bounces off the sides and bottom of the concrete tube.

Apparently not many people in the area are washing their hands, taking showers or flushing their toilets. When Cook pulls up the cup, there’s very little liquid.

“Because of how low flow this is, we’ll have to get a couple grabs,” he says, pouring the water into a sample bottle.

The cup disappears again into the manhole. Cook will repeat this process dozens of times today while making three circuits of the 20 or so manholes being tested in and around Forest Grove.

The collection is part of a joint research project between Clean Water Services and Oregon State University. They’re collecting sewer water from several communities in Washington County in hopes of being able to detect coronavirus and give public health officials a head start on curbing COVID-19 outbreaks before they happen.

Coronavirus gets into the wastewater stream through the plumbing in our houses, businesses and places that we work.

“When people get infected with coronavirus, your body acts by trying to kill it. And as it kills it, it also kills the cells that it’s infected,” said Ken Williamson, head of research at Hillsboro-based Clean Water Services.

Williamson, who is leading the wastewater surveillance project for the utility, estimates people shed 10 million to a billion viruses per gram of feces per day. But because the research is so new, questions remain about exactly how much coronavirus passes into the sewer system, when during an infection shedding occurs, and what percent of infected people actually shed detectable virus.

The samples collected in Washington County will be sent to Oregon State University, where a lab will look for genetic evidence of coronavirus in the water. The researchers are expecting to have early results that can be passed on to public health officials in July.

Stand-alone projects testing wastewater for the coronavirus are starting to catch on nationwide, with several states — including Washington and California — launching their own projects.

“We’re still trying to understand what this data means and how it could be used for public health actions,” said Vincent Hill, head of the Waterborne Disease Prevention Branch at the Centers for Disease Control and Prevention.

But he says the data has the potential to be very useful.

“If we can get [a] signal … targeted to particular high-risk populations, like in a nursing home or university, and if you can get that signal a week or so before you might see clinical cases, that’s obviously very valuable. That would be very valuable data to make public health decisions about,” Hill said.

This is what Clean Water Services and OSU wants to accomplish.

Our sewers are like a complex underground canal system. Waste from your home flows downstream, combining into larger and larger pipes until it finally hits the water treatment plant. Williams says by moving upstream you can isolate small areas of a city.

“By sampling particular manholes, we can get just the water from that area. … So we wanted to be able to sample from nursing homes, from hospitals and from potentially schools when the kids go back this fall,” he said. “I firmly believe that we will have another outbreak of the virus this fall, so we will be firmly ready for that.”

What’s in the bottle?

The tricky thing with wastewater surveillance is knowing what it means when a sample comes back positive for the coronavirus. The technology has only been in use for a few decades, and there are limits to what it can reveal.

Wastewater surveillance has been used successfully to say if a disease is present in a community — specifically poliovirus.

But Tyler Radniecki, the Oregon State University environmental engineer collaborating with CWS, says the Washington County project hopes to take that capability a step further and detect if virus levels are increasing.

“Ideally, what you will do is we’d be able to identify hot spots or areas’ overseen spikes. And then we can get county health officials into that area and alert them to be like, this seems to be a spot that you would want to investigate more thoroughly,” he said.

Similar work in the Netherlands early in the pandemic found coronavirus in the wastewater system six days before the first actual case was reported.

But trend-level information is likely where wastewater surveillance tops out — at least in the near term.

“The thing that everybody wants and that’s going be the hardest is to actually convert the numbers that you’re measuring at the wastewater treatment plant or in the sewage line to an actual prevalence number,” said University of Michigan’s Krista Wigginton, who’s leading a project to detect coronavirus in wastewater in California.

The CWS/OSU wastewater surveillance work will continue at least through next spring, and likely won’t make significant inroads in correlating their testing results to actual case numbers in Washington County.

But OSU’s Radniecki is starting to chip away at that problem in other cities around the state. He’s partnered with fellow Oregon researcher Ben Dalziel to expand the wastewater surveillance project to Bend and Newport.

The two studies are coordinating to target the same neighborhoods at the same time.

“One of the things we’re interested in is doing the two types of data stream side by side to get a sense of if we could start to build a sort of a crosswalk between them — how do they relate?” Dalziel said.

He said getting an idea of the actual prevalence of COVID-19 in an area offers some “ground-truthing” for the wastewater testing.

“They’re doing prevalence studies, true prevalence studies. And then we combine that with our sewer surveillance, that’s going to start to get us towards understanding if you can go from sewer data to incidence reports,” Radniecki said.

But the benefit of combining the two studies isn’t just scientific.

“We can do testing at the sewer level orders of magnitude cheaper than would be required to go out and do nasal swab prevalence testing,” he said.

And this makes wastewater surveillance an attractive option as an early warning system that could work in conjunction with TRACE.

“One of the things that we’re excited about maybe doing in the future is doing wastewater more broadly. And then if the wastewater detects something — like a potential hot spot — partnering with the community there to do door-to-door testing as a sort of a rapid follow up,” Dalziel said.

Worldwide, there’s a growing interest in the potential of wastewater surveillance to help save lives during the pandemic. Europe is leading the way with countries like the Netherlands that began to test wastewater before the coronavirus even appeared in the country.

Coordination of testing efforts at the national level isn’t happening in the United States, but the federal government is funding many of the state-level efforts, including Oregon’s.

“People are starting to recognize that this could be a very powerful tool,” Radniecki said.

And efforts are underway to bring wastewater disease surveillance to even more communities in Oregon.