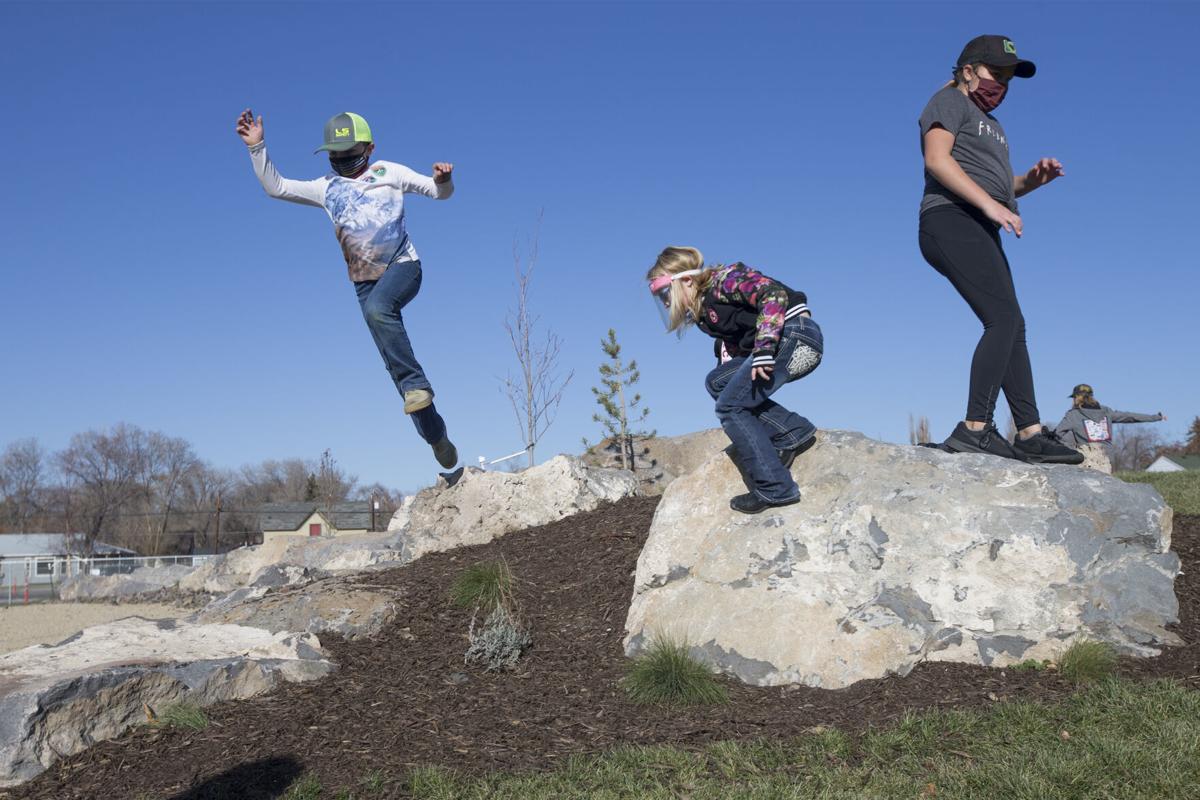 Cash Tracy, a fourth grader at Steins Pillar Elementary School in Prineville, jumps from a rock while playing with fellow classmates on the new outdoor play area recently completed at the school on Friday, Nov. 20. 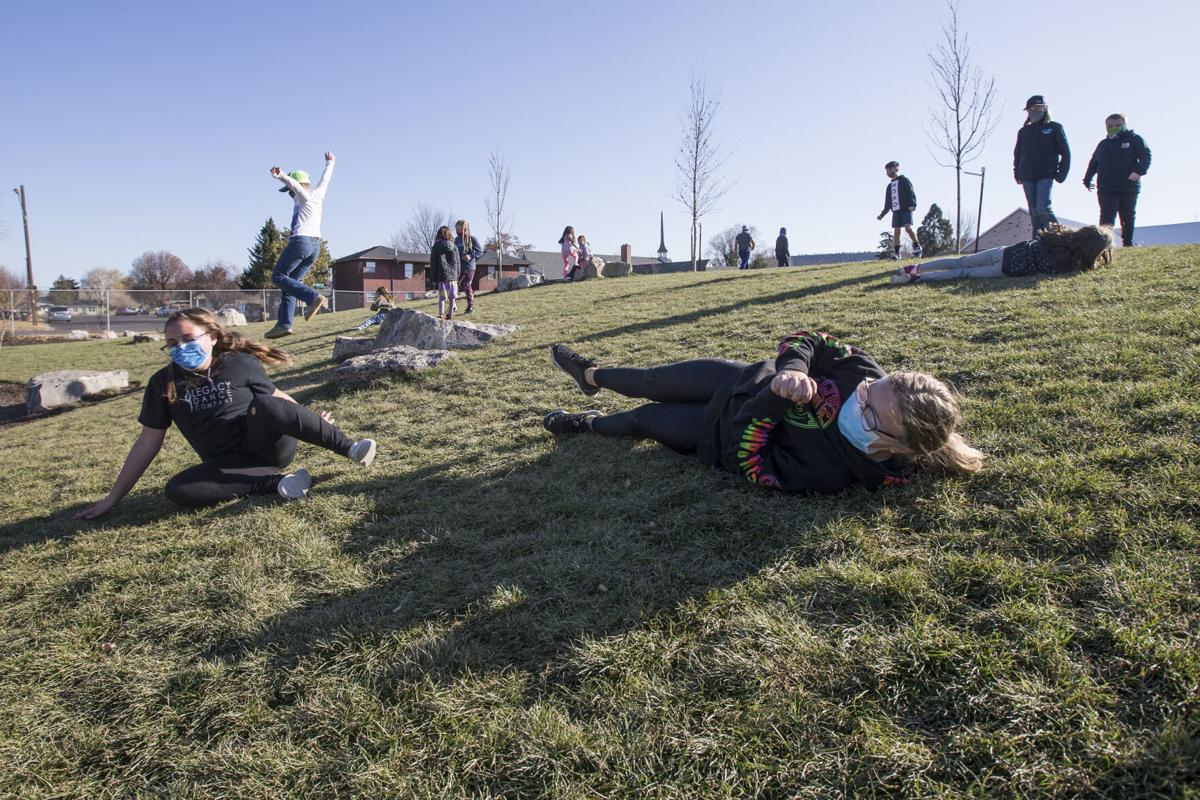 Students play together on the new outdoor play area at Steins Pillar Elementary in Prineville on Friday, Nov. 20. 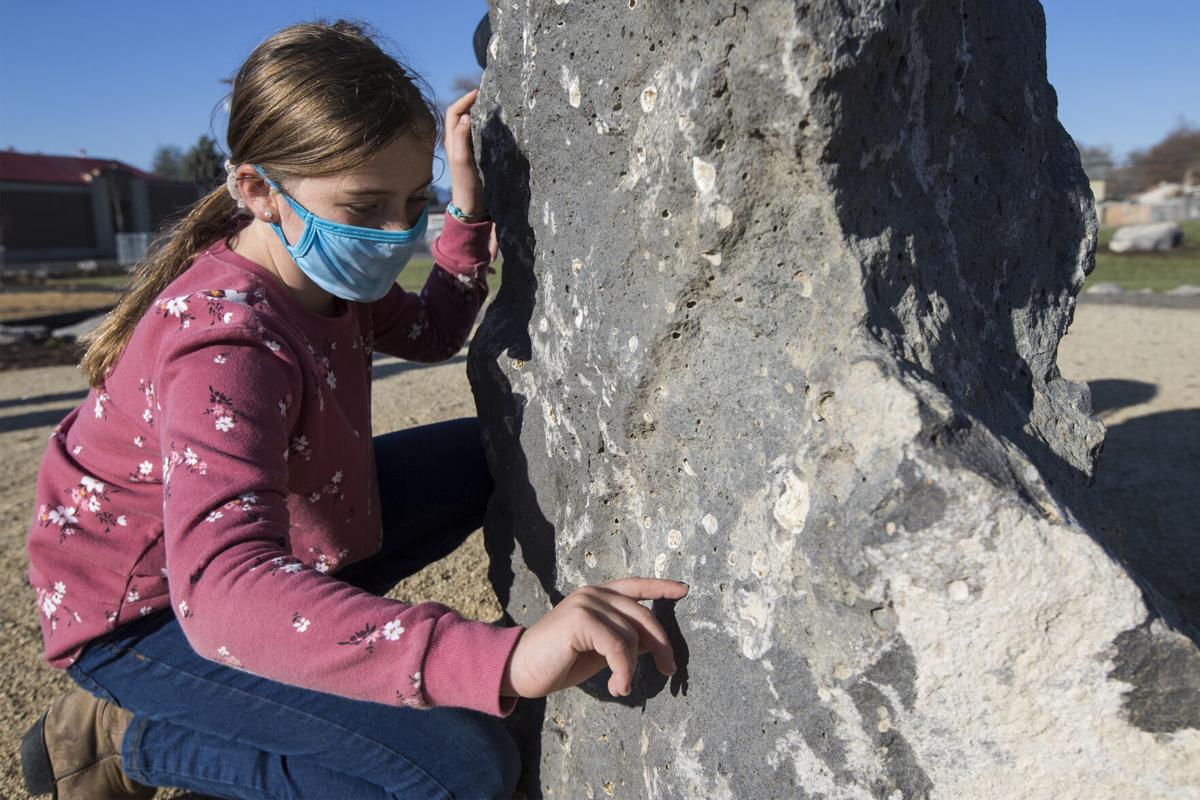 Cash Tracy, a fourth grader at Steins Pillar Elementary School in Prineville, jumps from a rock while playing with fellow classmates on the new outdoor play area recently completed at the school on Friday, Nov. 20.

Students play together on the new outdoor play area at Steins Pillar Elementary in Prineville on Friday, Nov. 20.

There’s a well-trod checklist of things found in a typical elementary school playground: a swingset, monkey bars, a big plastic play structure with a swirly slide.

When Steins Pillar Elementary School opened in an old school building in downtown Prineville in September, Principal Jim Bates decided to keep its existing play structure and monkey bars. But he also added features including a hill for kids to roll down, small climbing rocks, a trail and more.

This unique schoolyard is meant to match the new K-4 magnet school’s theme of adventure learning, which emphasizes hands-on experience and solving real-world problems, Bates said. It also gives kids a chance to explore a slice of nature and use their imagination.

“We want a place where kids can come outside and be encouraged to run, jump, play, climb and make up games,” Bates said. “An adventure school needs an adventure playground.”

The park was finished three weeks after Steins Pillar Elementary opened its doors in September — one of the few Central Oregon schools to do so during the COVID-19 pandemic. Including a redesign of the small parking lot next door, it cost about $100,000 to remodel the existing, more traditional playground space into the new 57,902-square-foot schoolyard, Bates said.

Bates and Crook County School District officials studied dozens of playgrounds and parks, looking for ideas, the principal said. With the help of Prineville-based Snyder Landscaping, they chipped away at the project through the summer and fall.

Perhaps the most noticeable aspect of the playground is a small hill that rises about 10 feet above the ground.

Throughout the fall, students have jumped off the rock at the hill’s peak — students dubbed it “The Launching Pad” — and rolled down the slope, Bates said. And they didn’t need any guidance from adults to figure out how to use the hill for play.

“When we opened it, we didn’t say a thing,” Bates said. “What did the kids do? They rolled down the hill.”

There are also a couple of outdoor classroom spaces, with small boulders as seats, and an outdoor amphitheater on the side of the hill. Eventually, the school hopes to add a hard, flat surface at the bottom so they could easily stage concerts, Bates said.

School officials also chose to plant trees and shrubs that have noticeable changes with the seasons, or have other unique aspects to them. These plants have an educational purpose, Bates said.

“They have the ability to research trees and watch different seasons of plants come to life and go through their cycles,” he said. “Why some plants grow during the winter, and why do some not?”

Because this new schoolyard encourages physical play, Steins Pillar teachers pre-emptively discuss safety with students and keep a close eye on them during recess, Bates said. He also noted that injuries can just as easily happen on a more traditional playground, and students are typically smart enough to stay safe.

“I’ve had more injuries from kids falling off monkey bars than I’ve had anywhere else on the playground,” Bates said. “Kids generally know the answer to (what’s safe); they know when they’re doing the right thing.”

Janelle Deedon, a fourth grade teacher at Steins Pillar Elementary who’s taught for 23 years, said she’s never seen a playground like this. Her students have gotten a kick out of exploring the landscape, she said.

“Right now, we’re outside and the kids are running around on these big rocks, and they just love it,” she said. “It’s fun to just see them be kids.”

“If this inspires schools elsewhere in their playground redesign, I’d say that’s a win,” he said.