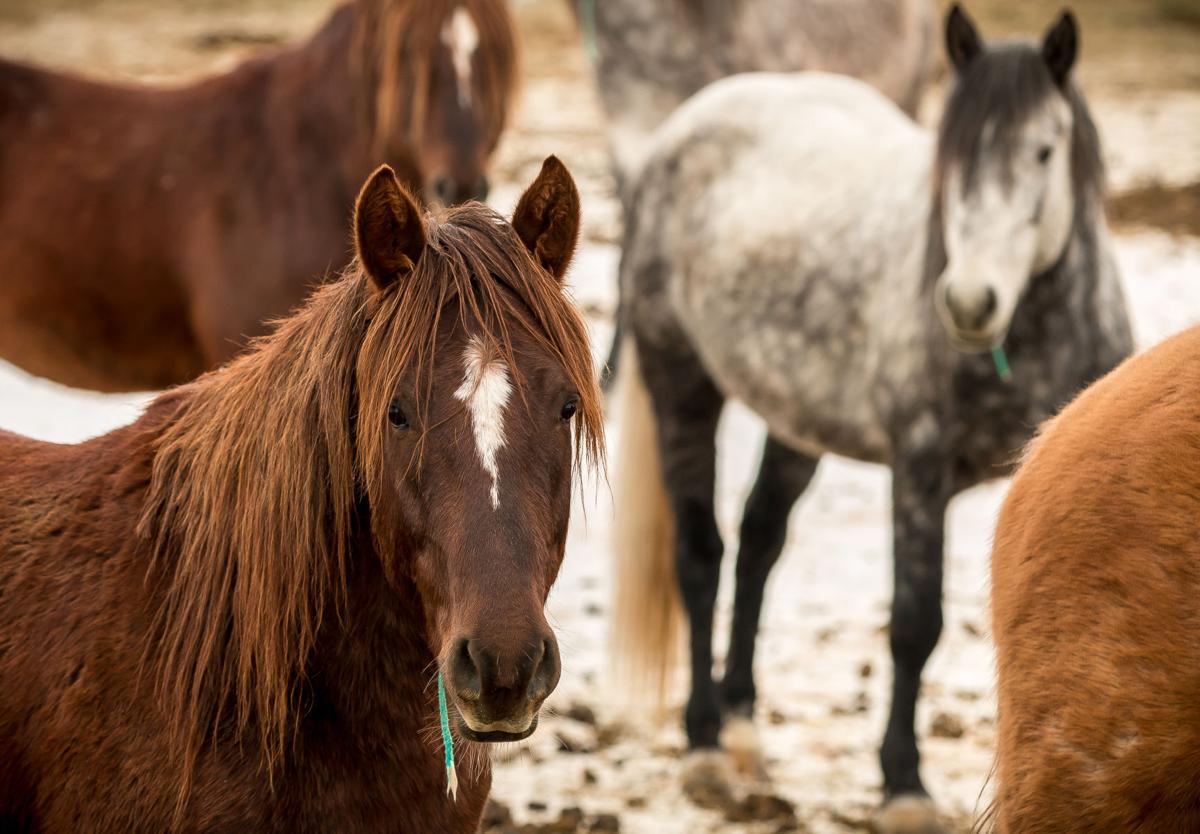 Wild horses in the Pokegama Herd Management Area west of Keno will be gathered over the next few months by Bureau of Land Management employees. 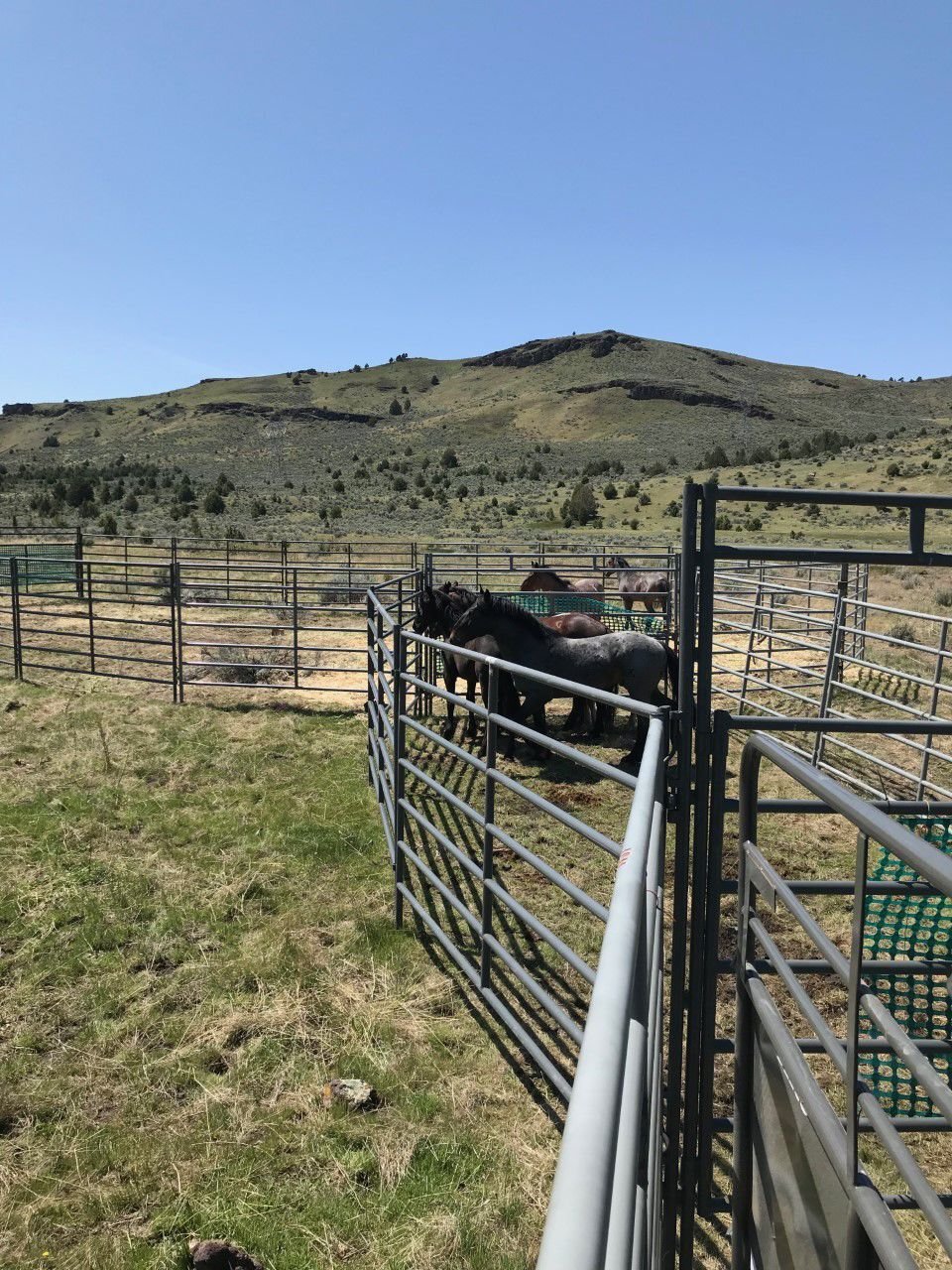 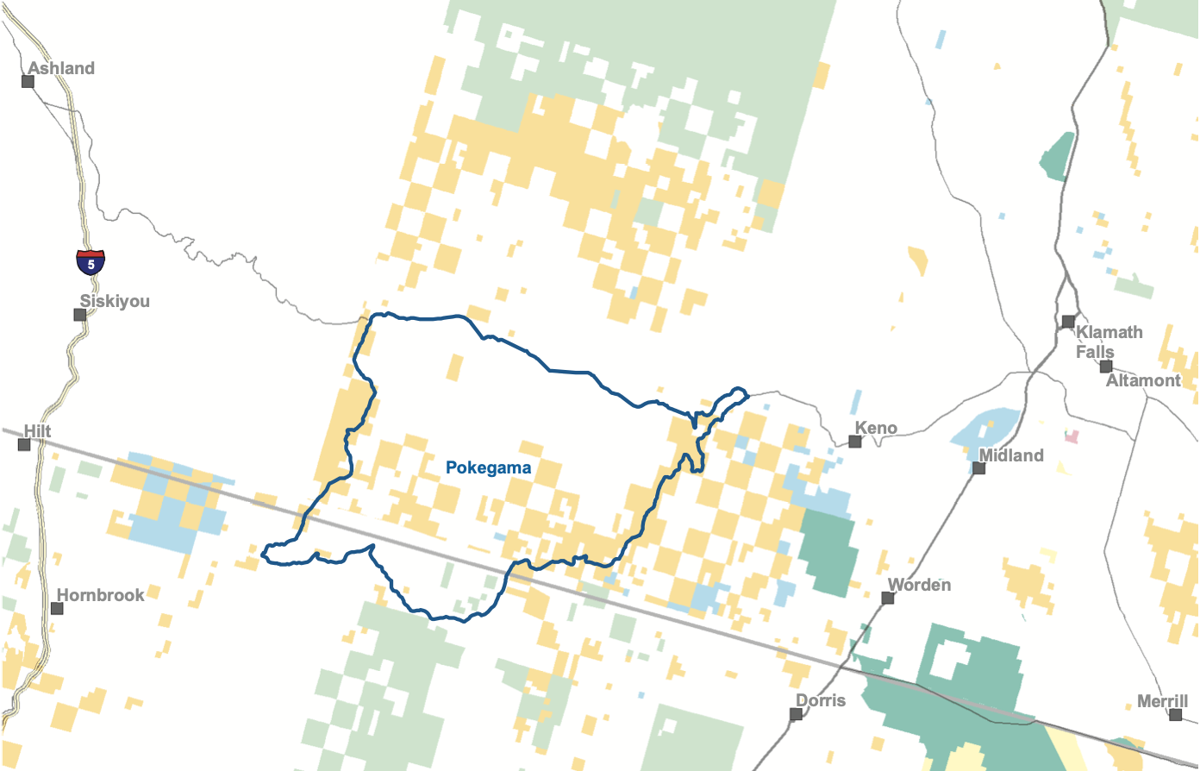 A map of the Pokegama Herd Management Area, from the Bureau of Land Management. BLM-owned land tracts are in yellow.

The Bureau of Land Management will begin removing wild horses from an 80,885-acre area west of Keno this month. BLM officials expect the removal effort to last until at least the end of this year.

Since the early 1970s, the BLM has been managing herds of wild horses on millions of acres of public lands in the West, broken down into herd management areas. The Pokegama Herd Management Area spans the border between Klamath, Jackson and Siskiyou counties and is home to the only BLM-managed wild horse herd in the Cascade Mountains. BLM officials will begin trimming down the herd’s population on September 14.

Todd Forbes, manager of the BLM Lakeview District, said that while wild horse populations are regularly managed to account for natural population growth, this particular removal has come at the request of private landowners in the area.

BLM documents show that one such request came at the end of April from Green Diamond Resource Company, which owns about 79 percent of the land in the Pokegama area. According to the document, the horses “have become an increasing nuisance” by impacting riparian environments and occupying grazing land intended for tenants. The herd had also spread north of Highway 66 onto Green Diamond property that is located outside the herd management area.

“Our goal is to remove all of the horses off of private land,” Forbes said.

Based on Pokegama’s most recent population count and factoring in the national average growth rate, there could be as many as 230 horses in the area. But because the area is forested, unlike the others in the Lakeview District, it’s more difficult to get an accurate count.

In removing horses, BLM officials hope to reduce the population down to somewhere between 30 and 50 horses. Forbes said they could remove up to 200 horses, but he suspects the final amount will be between 100 and 150.

Due to federal restrictions surrounding COVID-19, no public viewing opportunities of the gathering will be allowed, and personnel will adhere to social distancing guidelines.

Herd managers will set up livestock corrals with bait — hay, water, salt, etc. — to trap the horses. Once the animals have gotten used to going in and out of the corral to take the bait, managers will close the gate and transfer them to nearby holding pens. Large groups of horses will then be transported to the Oregon Wild Horse Corrals Facility in Hines, where they’ll be checked by veterinarians and given a government tag.

The ultimate goal is adoption. And though BLM-caught wild horses tend to be smaller and can be more difficult than what many folks in the market for a horse tend to look for, Forbes said the Pokegama horses are slightly larger than other herds in the region.

“It’s more likely that these horses will get adopted than some of the other HMAs, for sure,” he said.

The BLM’s official policy on removed horses prohibits selling them for slaughter.

Though the modern horse likely originated in North America and entered Eurasia through the Bering land bridge about 2 million years ago, its populations in the Americas died out at the end of the last ice age. When Spanish colonizers brought horses back to the continent several hundred years ago, they proliferated in the open lands throughout the West.

Though federal and state governments classify these horses as non-native species since they were introduced to the continent, some scientists argue that because they originated and evolved largely in North America, that distinction isn’t wholly accurate. Regardless, wild horse and burro legislation in the 1970s and 1880s deemed the animals “living symbols of the historic and pioneer spirit of the West” and worthy of protection and management.