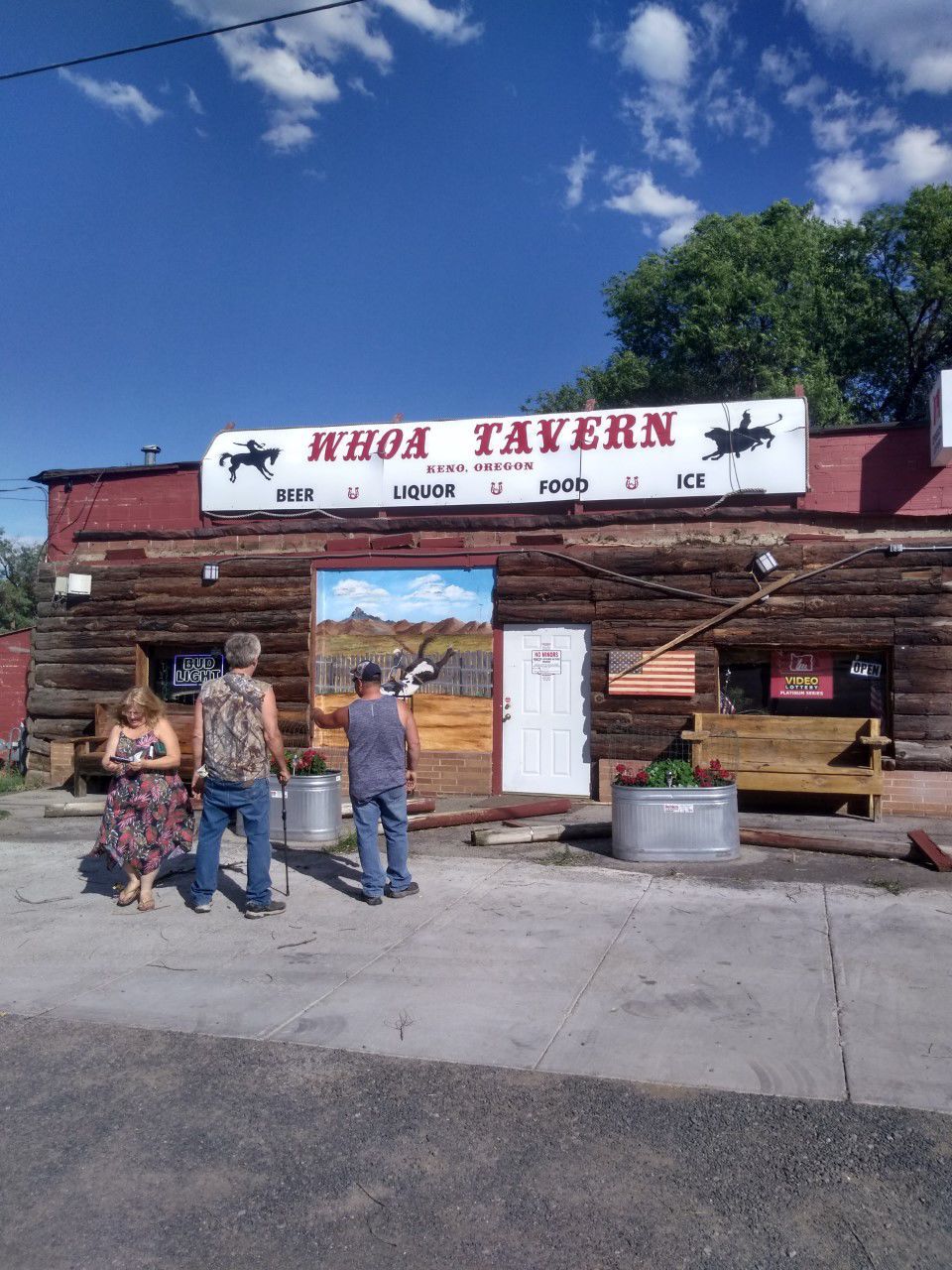 After the burst hit the Whoa Tavern, the porch was gone with the wind. 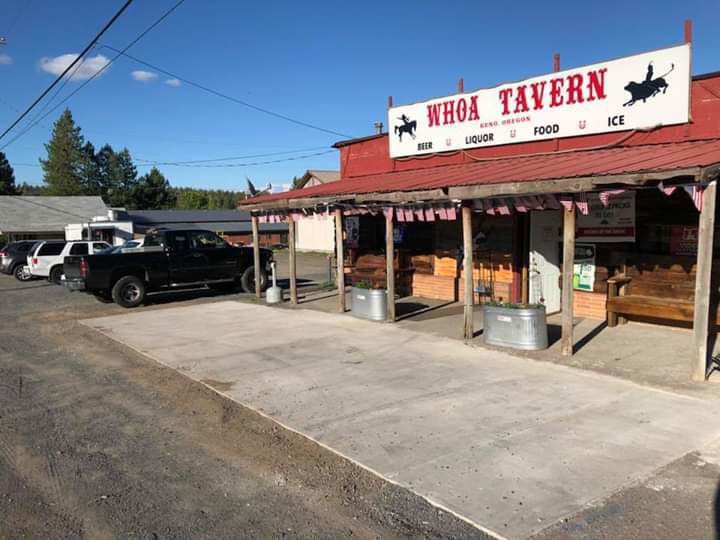 The Whoa Tavern in Keno before the wind burst hit.

After the burst hit the Whoa Tavern, the porch was gone with the wind.

The Whoa Tavern in Keno before the wind burst hit.

A freak wind burst tore the front porch off the Whoa Tavern in Keno, leaving portions on the roof and scattered in the backyard.

Patrons of the iconic Keno tavern were enjoying their evening around 5:30 p.m. yesterday, when all of the sudden it went dark and the deafening sound of the front porch being ripped away filled the building.

“It sounded like a freight train,” said Bobbi Quick, a Keno resident who was in the tavern at the time.

Quick said the entire building shook from floor to ceiling, and then just as quickly the tavern was suddenly brighter than usual as the shade from the porch was suddenly gone.

According to Quick, some patrons saw the wind formation pick up. People who were sitting outside had come inside due to wind, and some watched as the wind formed a dust devil.

“I saw what looked like a dust devil in the gas station parking lot across the street,” Quick said. She said the dust devil was headed away from the tavern at first, but started zig-zagging.

“It got a lot bigger and then it ripped back toward the bar,” she said. When the dust devil made contact with the bar, the 12 or so people inside took cover.

Co-owner of the tavern, Carrie Welch said she was in the lottery room rearranging tables when the wind hit.

“It was really calm in there,” Welch remembered. Then she heard the building rumble and a commotion.

Welch instinctively moved into a doorway. She said she was clinging to the wall and she looked toward the window.

“It was just plain grey out there,” she said. The dirt caught in the dust devil blocked out the light.

Welch said she felt shocked when the wind stopped. She said she just checked on everyone, making sure no one was hurt and no cars outside were damaged.

As far as the damage to the tavern, Welch is keeping a positive attitude.

“The front of the Whoa looks totally different,” Quick said. She said she saw people stopping in and asking if the place had been hit by a car.