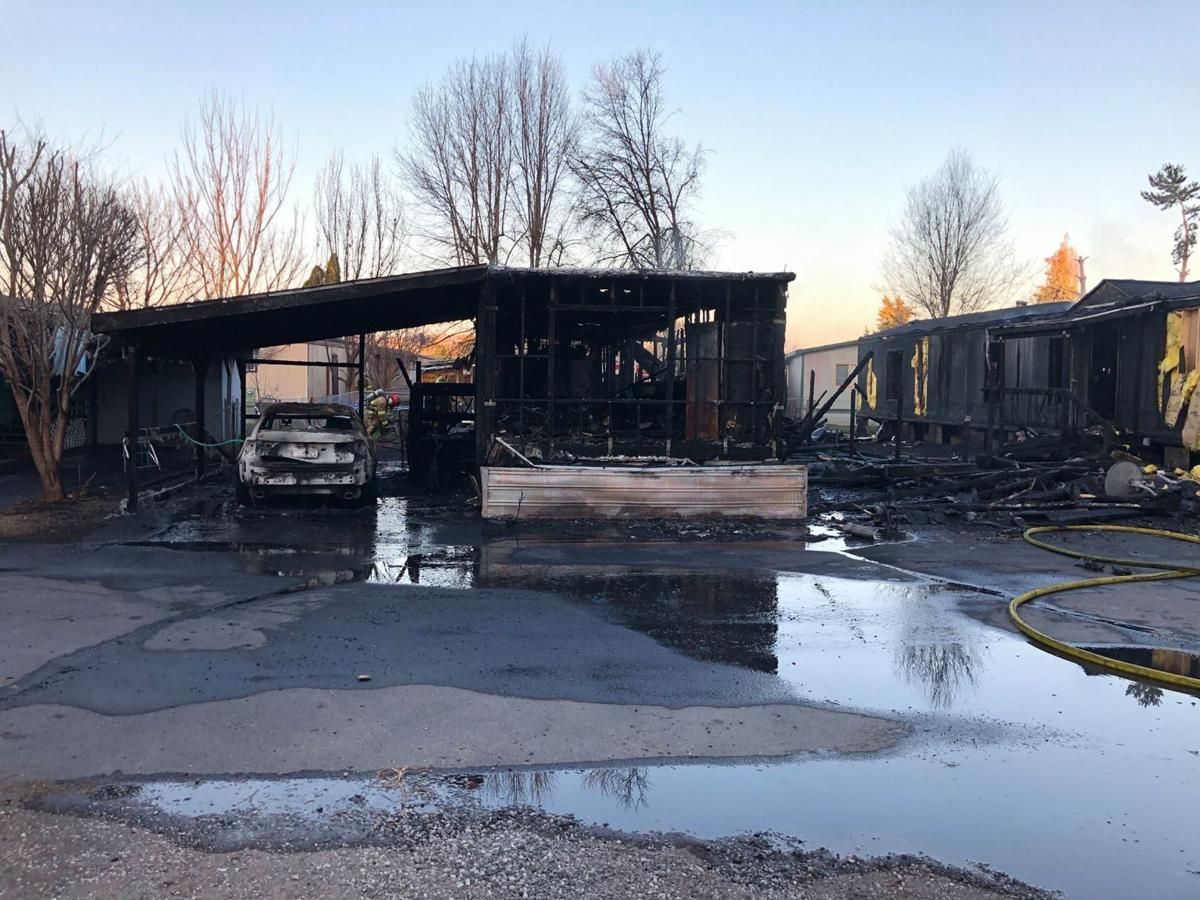 Tow homes in the Aspen Village Mobile Home Park on Homedale Road were destroyed in a fire Sunday evening. The cause of the fire is under investigation. 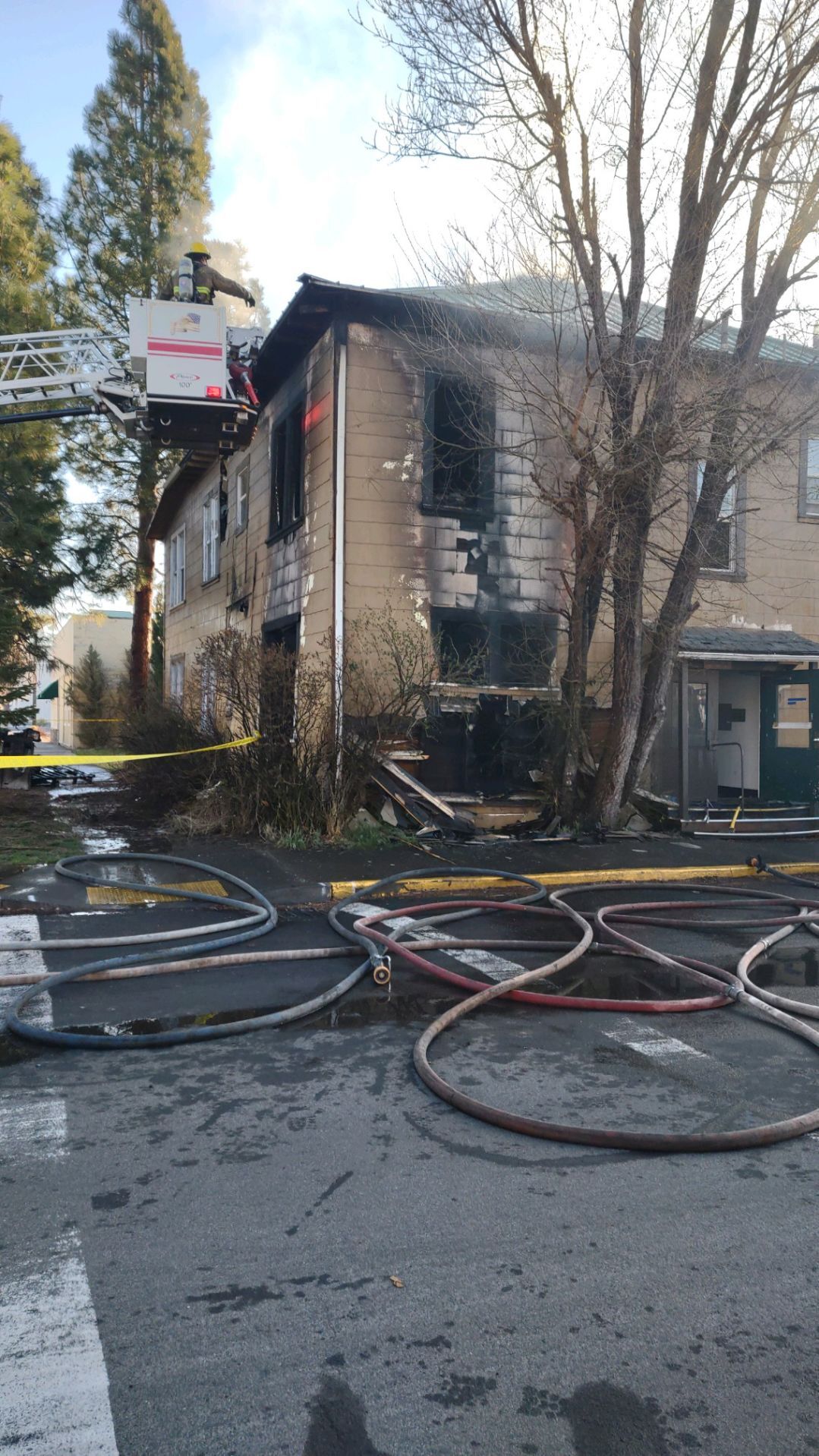 Tow homes in the Aspen Village Mobile Home Park on Homedale Road were destroyed in a fire Sunday evening. The cause of the fire is under investigation.

Fires over the weekend destroyed a downtown Klamath Falls apartment building and homes at the Aspen Village Mobile Home Park on Homedale Road.

The apartment building on S 5th Street and Walnut Ave. sparked Saturday around 6 a.m., according to Klamath County Fire District No. 1. An initial investigation shows fire was started accidentally by a gas heater in a unit on the bottom floor.

Firefighters called for backup from Kingsley Field Fire after encountering heavy fire conditions in the apartment building, according to KCFD1. They confirmed everyone had evacuated the building safely.

The fire at Aspen Village destroyed two structures and damaged two others Sunday evening, said Fire Marshal Chad Tramp. The cause of that fire is still under investigation.

No one was injured in either fire.