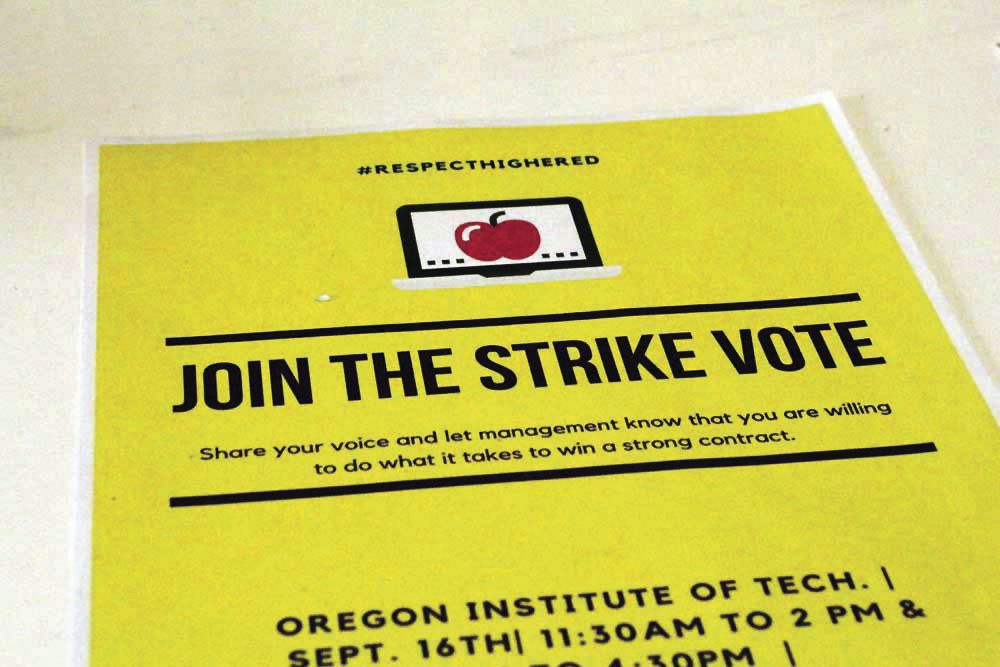 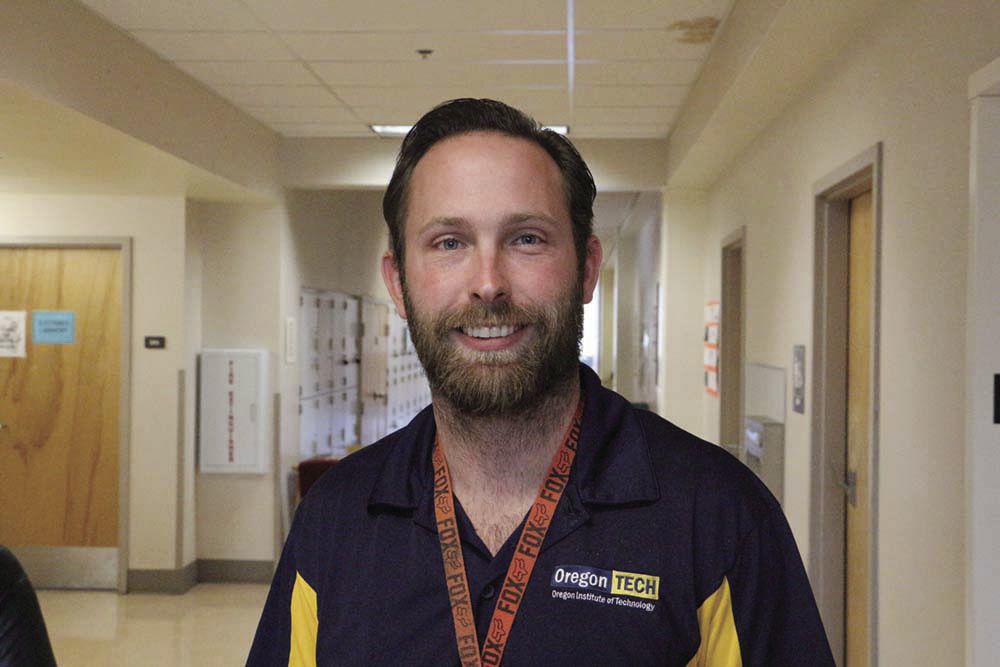 Conrad Veen, an instrument technologist at the Oregon Institute of Technology, is part of SEIU Local 503's bargaining team.

Conrad Veen, an instrument technologist at the Oregon Institute of Technology, is part of SEIU Local 503's bargaining team.

Classified workers at Oregon’s seven public universities have been bargaining for changes in their labor contracts for the past few weeks, represented by SEIU Local 503, Oregon’s Public Services and Care Provider Union. With bargaining sessions that took place from September 11-13 between the universities and the classified workers’ union not reaching the worker’s goals, some say a worker’s strike may be imminent.

The last time that SEIU-represented workers at Oregon universities went on strike was in 1995. Di Saunders, the associate vice president for communications and public affairs at Oregon Institute of Technology, said she is hopeful that this year won’t break the 24-year streak.

“We feel optimistic,” Saunders said Thursday. “There’s still time at the table for parties to really sit together and come up with a negotiated settlement.”

Nilda Pena, an accountant at Oregon Tech and the president of SEIU 503 Local 090, said the universities’ offers haven’t been adequate to support the workers’ needs.

“At this point, we feel like proposals are disrespectful,” Pena said. “We don’t really know what we’re bargaining with or how much money is allotted for us.”

Pena said there are a few important places in classified workers’ contracts that SEIU wants to see change. One of these is in the wage “step increases,” which are wage increases employees receive annually in their contract until they “top out,” at the last step of their job classification.

“Steps are a way for public employees to gradually increase compensation over time rather than begin at the top of the pay scale; step increases are expectations, not raises,” Jay Parasco, a Political Strategist for SEIU Local 503, said.

SEIU wants to add an extra step to these wage increases so that long-term employees who have “topped out” on their step increases can continue to see their earnings grow.

“Longevity should be rewarded,” Pena said. “They’ve shown them that they’re loyal.”

Another important part of the negotiations are the Cost of Living Adjustments (COLAs) that SEIU wants to see increase. Parasco said these adjustments are a way to account for inflation.

“Most of us appreciate to have our jobs, but we can’t continue to have them if they aren’t willing to meet a standard of living,” Conrad Veen, an Electrical Instrument Technologist at OIT, said. “We aren’t the ones causing this increase in the cost of living.”

Veen said that he took a 40% pay cut when he started working at OIT five years ago. He said that he felt like it was worth it to move back to his hometown of Klamath Falls, where his parents live, but that he needs his wages to increase as the cost of living gets higher.

“If we’re not getting cost of living increases, we’re losing money every year,” Veen said. “The prices for groceries and gas have gone up. The people deciding are making six figure incomes, they don’t care.”

Veen said it is disheartening to see certain people who work at public universities in Oregon making so much more than others. He pointed to a statistic from SEIU that says that based on wages, about one in six classified workers at the seven universities qualify for public assistance, including food assistance.

“This is money that should be going to making our schools better places, paying the people here better, making it so that tuition doesn’t have to increase so the average person can go to college,” he said. “When you have people on food stamps and you have someone making $700,000 a year, there’s something very wrong with the system.”

According to 2018 data, Michael Schill, the president of the University of Oregon, makes $734,400 a year. SEIU data says that this is about 23 times higher than what the average classified worker at Oregon’s public universities makes.

“You can always call out those outliers,” Saunders said. “If you want to get good presidents, you do have to bring those folks into the state of Oregon and the different types of communities we have in the state.”

An article published by the Eugene Weekly on Thursday said that Saunders said “comparing the salary of an employee who is ‘managing a donor relationship or portfolio’ to that of a food services worker is inappropriate.” Nilda Pena cited that quote as an example of behavior that SEIU takes issue with when negotiating.

“With all due respect, the real inappropriateness is that administrators say this about their employees and then come to campus and smile at us like nothing was ever said. Clearly, they don’t feel the economic pressure that we feel every day,” Pena wrote in an email.

“We want to be fair and respectful to our classified staff,” she said. “What SEIU is asking for goes beyond the budget of our universities.”

SEIU plans to vote Monday and Tuesday about whether or not classified employees will be striking. This strike would fall very shortly before the seven universities begin classes for the fall term.

“Nobody wants to actually go on strike, but if that what it takes, we’ll be willing to,” Veen said.

Tom Dempsey Dies from complications due to COVID-19