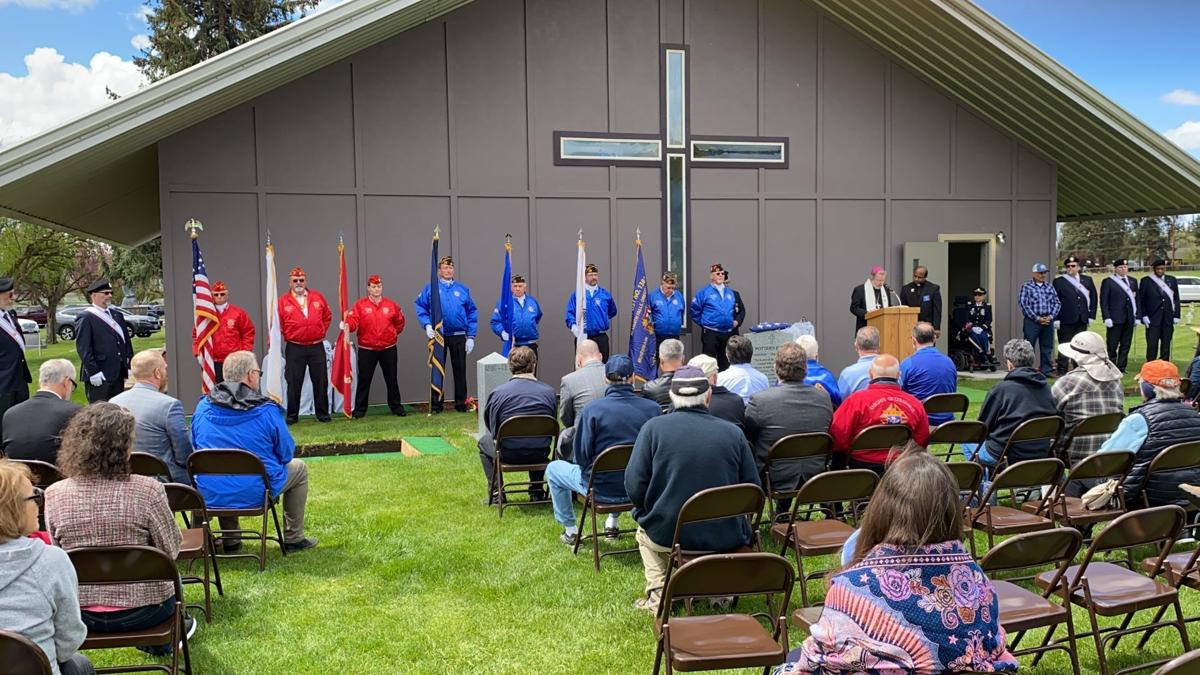 The crowd of about 100 people that gathered for the Knights of Columbus ceremony to bury 143 unclaimed cremains on Sunday at the Mt. Calvary Catholic Cemetery. 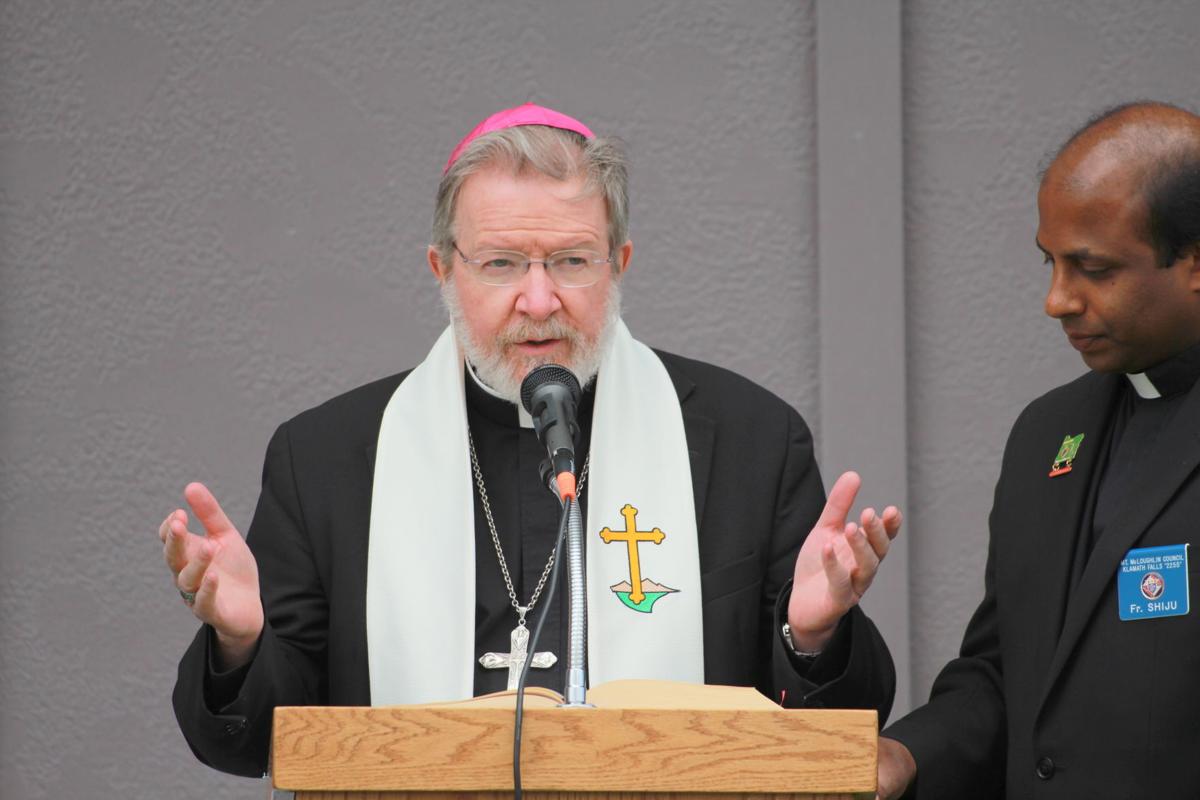 Bishop Liam Cary speaks at the Mt. Calvary Catholic Cemetery on Sunday for the Knights of Columbus's Bury the Dead ceremony, where they buried 143 unclaimed cremains from across the state. 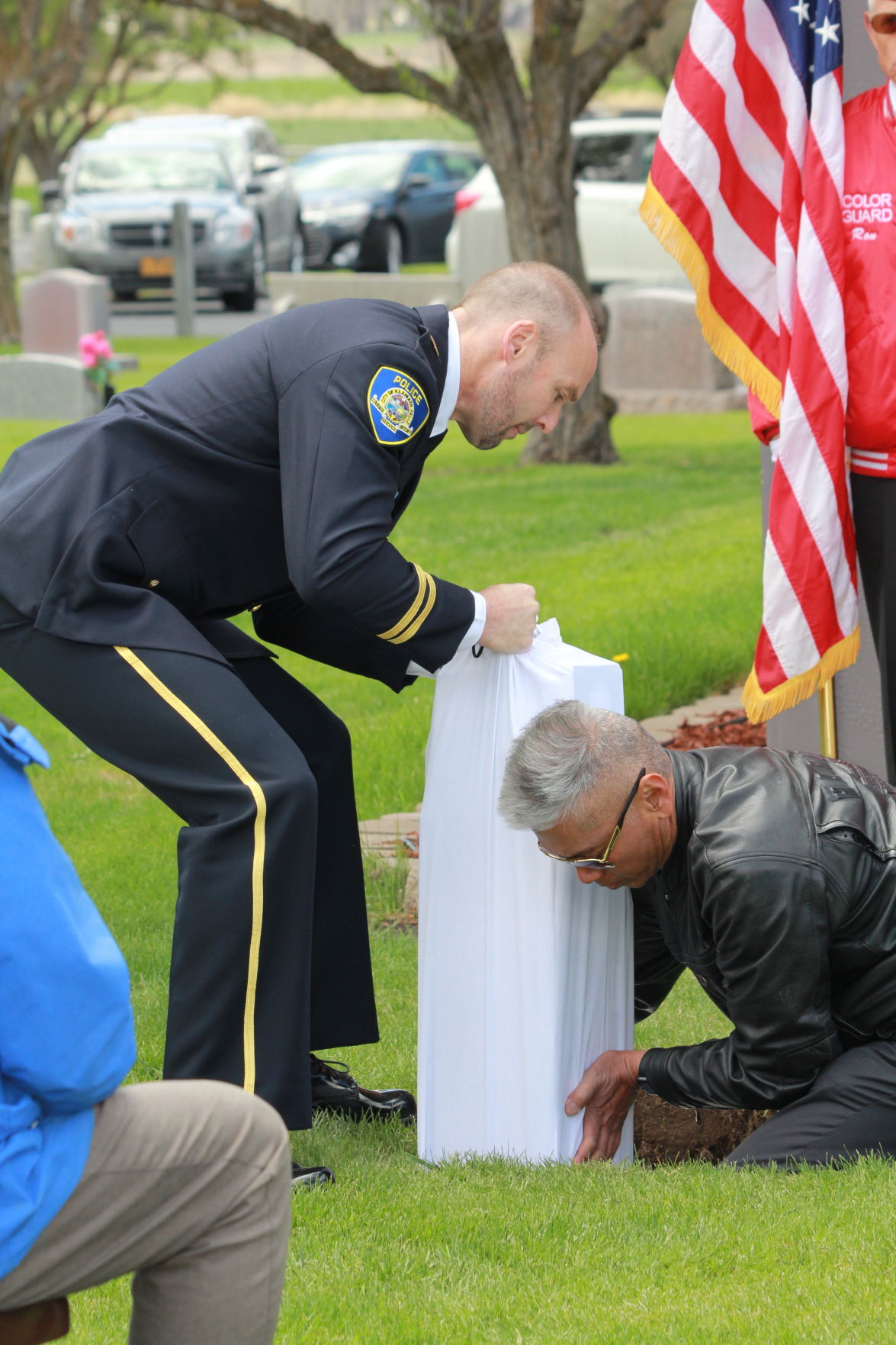 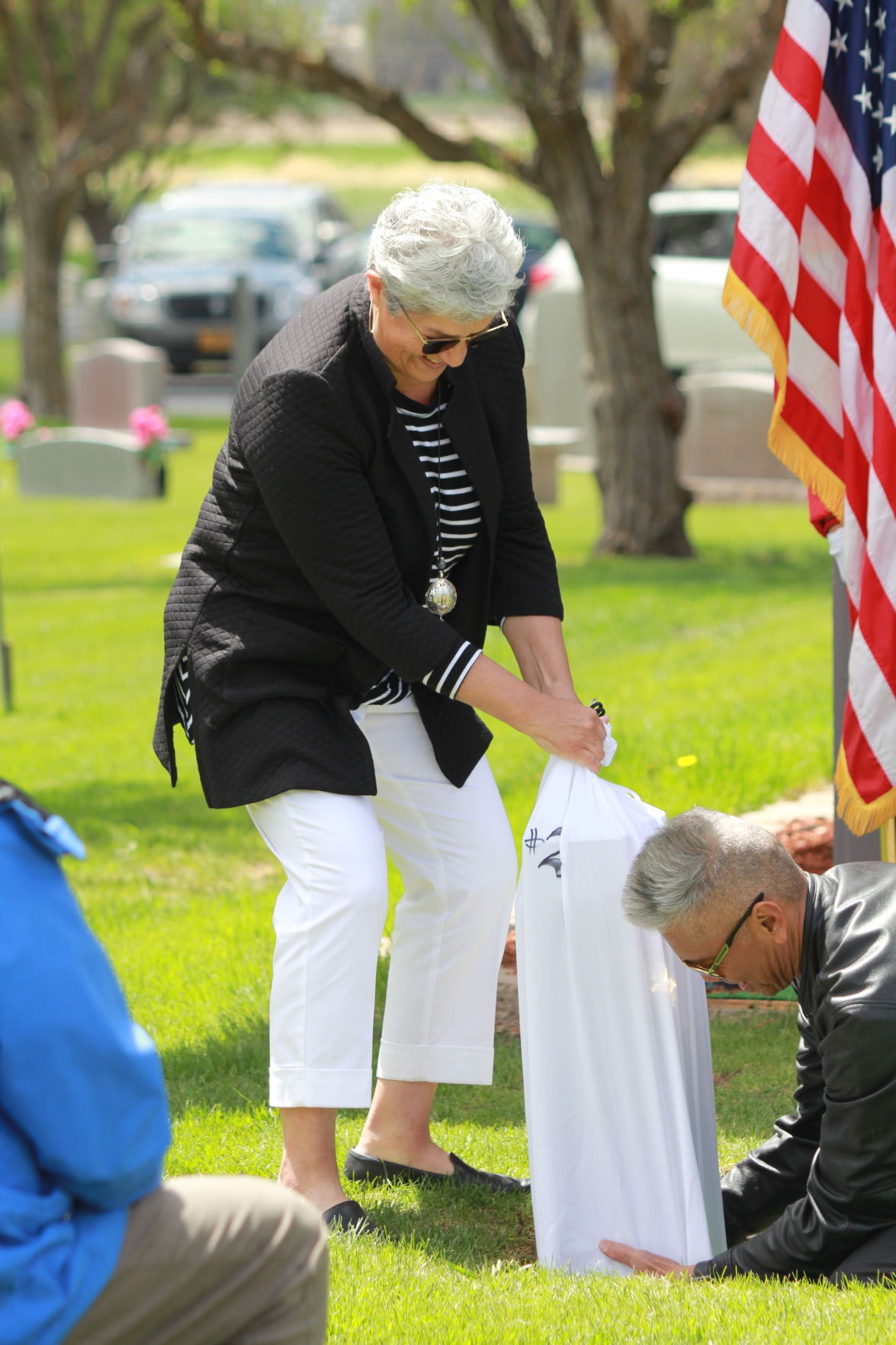 The crowd of about 100 people that gathered for the Knights of Columbus ceremony to bury 143 unclaimed cremains on Sunday at the Mt. Calvary Catholic Cemetery.

Bishop Liam Cary speaks at the Mt. Calvary Catholic Cemetery on Sunday for the Knights of Columbus's Bury the Dead ceremony, where they buried 143 unclaimed cremains from across the state.

The Knights of Columbus buried 143 unclaimed or abandoned human remains at the Mt. Calvary Catholic Cemetery on Sunday, in the second ceremony of its kind in Klamath Falls.

Many of the remains had been left at mortuaries across the region, where some had remained unclaimed for decades. Most were local, while some came from neighboring Lake and Jackson counties and from as far away as Harney County and Riverside, Calif.

All were finally laid to rest in a potter’s field at the cemetery, located southeast of Klamath Falls.

The burial sites were dedicated at the cemetery in 2017, when the local initiative to bury unclaimed remains began. This year, the ceremony was a part of the state Knights of Columbus conference. Between the two burial events, almost 300 people have been laid to rest.

Ipo Ross, manager of the Catholic cemetery, said that it doesn’t matter who the people were. His group interred the remains because everyone deserves a proper funeral and burial.

The remains were placed in a grave with ossuaries, so that if families wish to claim and rebury the remains of loved ones that had been forgotten, they can call the cemetery to claim them. After the 2017 event was published in the Herald and News, 14 cremains were claimed by families, according to cemetery president Ben Quen.

Of the 143 people buried last weekend, seven were veterans. At the ceremony, local military organizations performed military honors for them.

Quen, on Sunday, encouraged other Knights of Columbus chapters to start a similar initiative in their communities.

“We’re certain that there are countless numbers of abandoned and unclaimed cremains sitting on shelves throughout Oregon,” Quen said. “They too deserve the respect to have a dignified burial.”

Some of the cremains were from people who died as long ago as the 1970s. Some birth years stretched as far back at the 1890s.