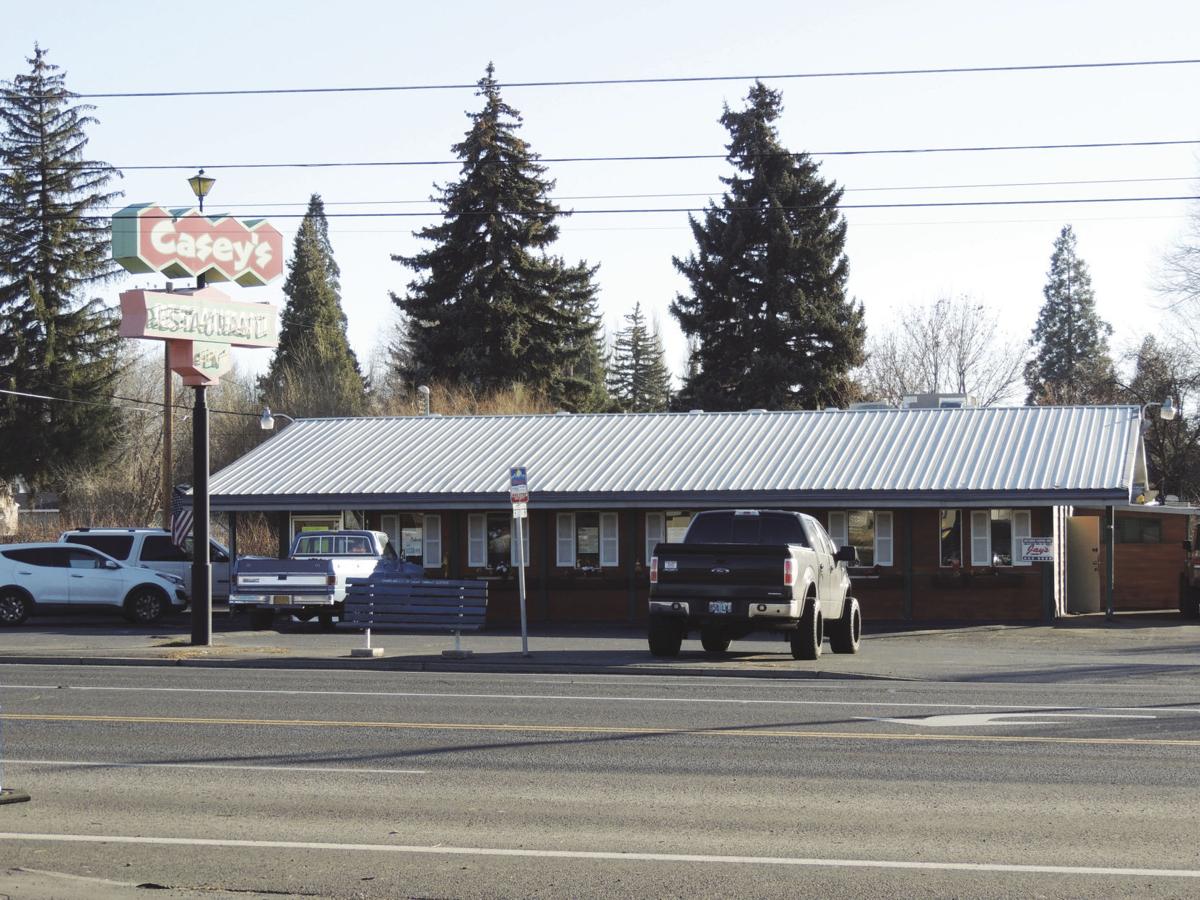 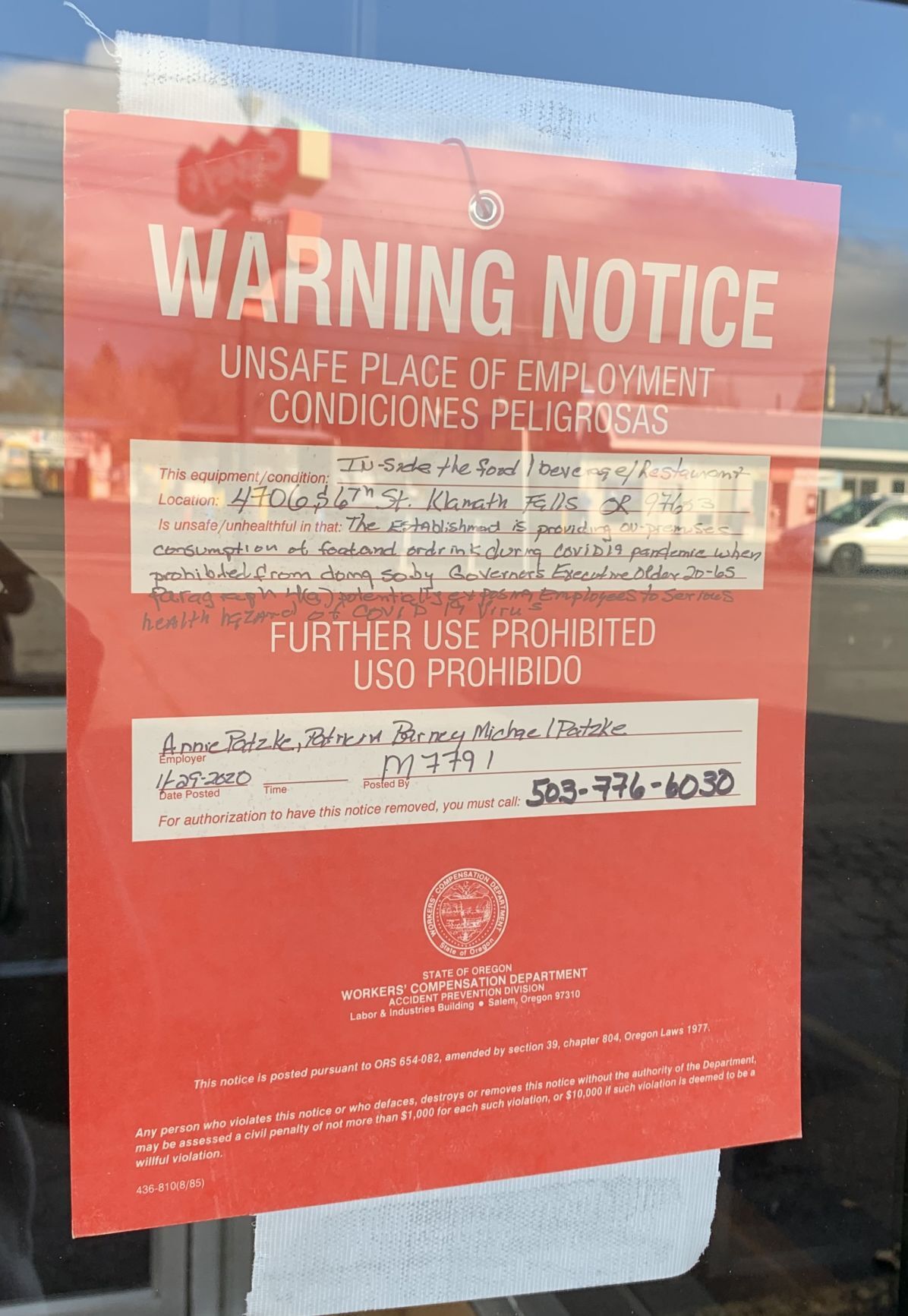 The OSHA "red warning notice" posted next to the door of Casey's Restaurant on S 6th Street on Sunday, warning the diner to stop indoor dining in violation of the governor's executive orders during the two-week freeze.

The OSHA "red warning notice" posted next to the door of Casey's Restaurant on S 6th Street on Sunday, warning the diner to stop indoor dining in violation of the governor's executive orders during the two-week freeze.

Casey’s Restaurant on S 6th Street has been serving customers indoors during Oregon’s two-week “freeze,” in violation of public health rules meant to stop the spread of COVID-19.

The diner is one of three Klamath Falls businesses, along with Red Zone Sports Bar and AMA Mini Mart, that are under OSHA investigation for public health violations.

On Sunday, OSHA issued a “red warning notice” to Casey’s, which orders the employer to cease non-compliant activities. The violation cites on-site dining at Casey’s as a violation of the governor’s executive orders and for “exposing employees to (the) serious health hazard of COVID-19 virus.” OSHA applied a large red tag to the front of the business, which must remain on public display.

After multiple requests by the H&N, Casey’s owners declined to comment on the warning or impacts of the freeze on business. The restaurant has been advertising online that it was operating as normal, except for an equipment failure that shut the operation for a few days.

Red Zone Sports Bar and AMA Mini Mart are also being investigated by OSHA after reports they too violated COVID-19 restrictions. Neither of those businesses has yet received a red tag, according to OSHA.

The investigations are ongoing and could result in fines for the businesses, if OSHA confirms violations. For a “serious” violation, fines starts at $100 and can run up to $12,675. A “willful” violation carries a minimum fine of $8,900 and a maximum or $126,749.

According to OSHA, a violation is “willful” if an employer shows “either an intentional or purposeful disregard for the requirements of the Oregon Safe Employment Act or a plain indifference to employee safety and health.”

Normally Klamath County Public Health inspects businesses and enforces state health and safety laws. However, the Klamath County Board of Commissioners has instructed public health not to enforce COVID mandates beyond educational letters. Commissioner Kelley Minty Morris said the board believes that OSHA should be the agency enforcing COVID restrictions, not the county health department.

According to comments from public health Director Jennifer Little in a public meeting, county staff have been told by the state that they need to enforce the mandates, per their licenses with the state.