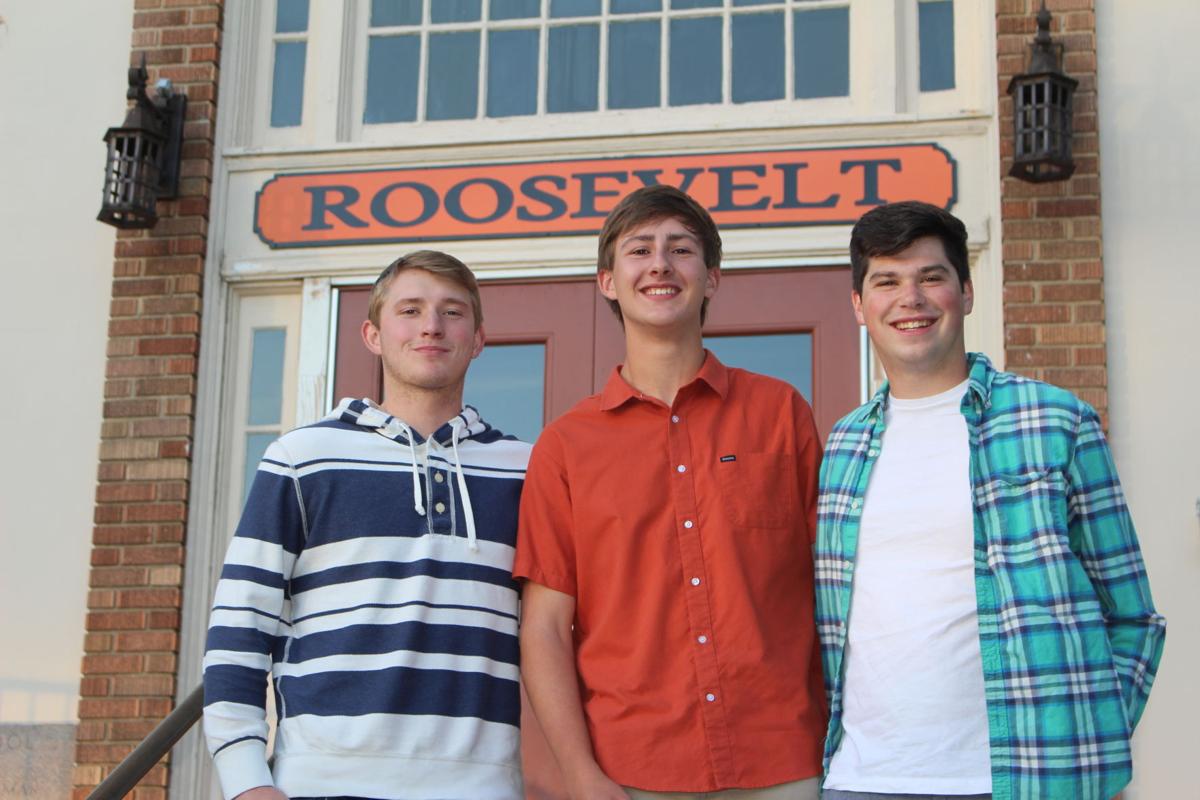 Beau Stork, Kaden Coulter and Landon Baeth were childhood friends who each became class presidents at their respective schools. 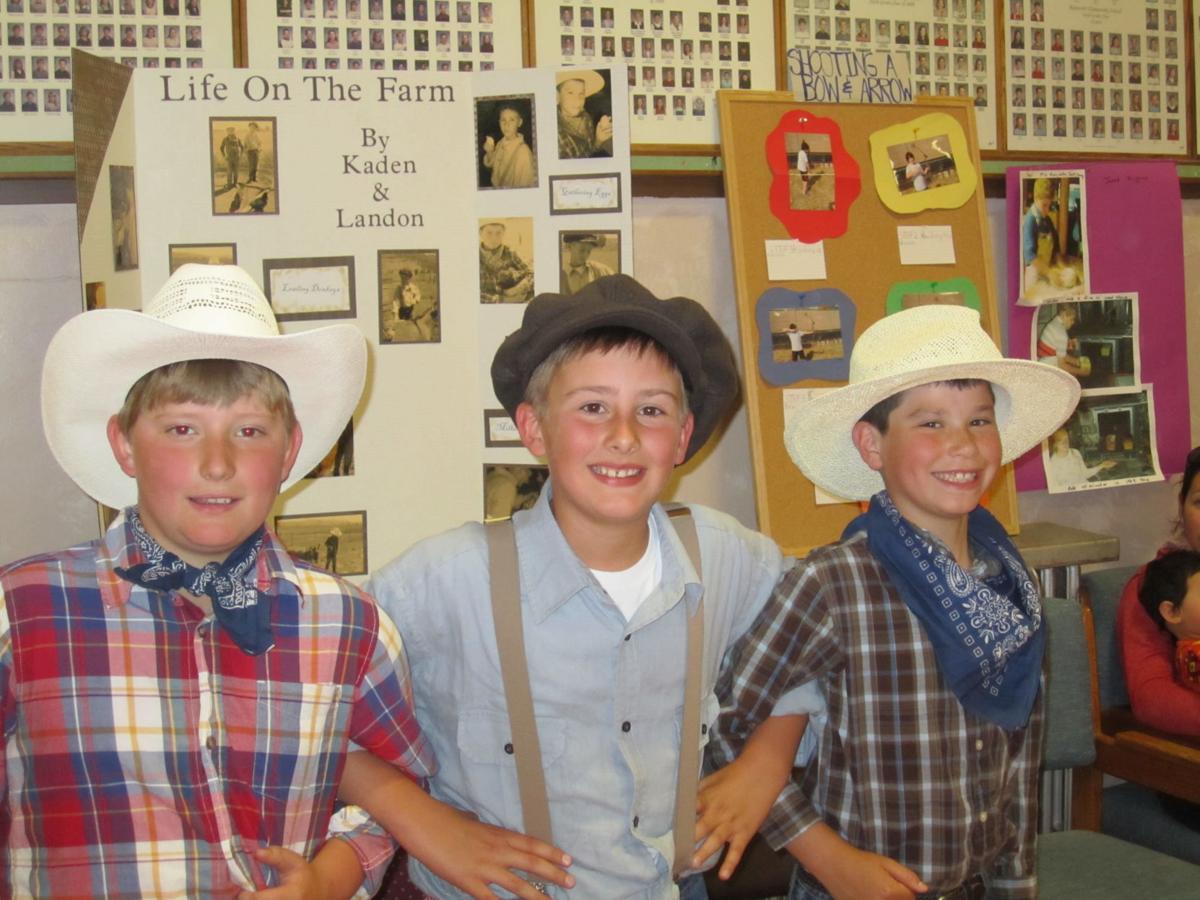 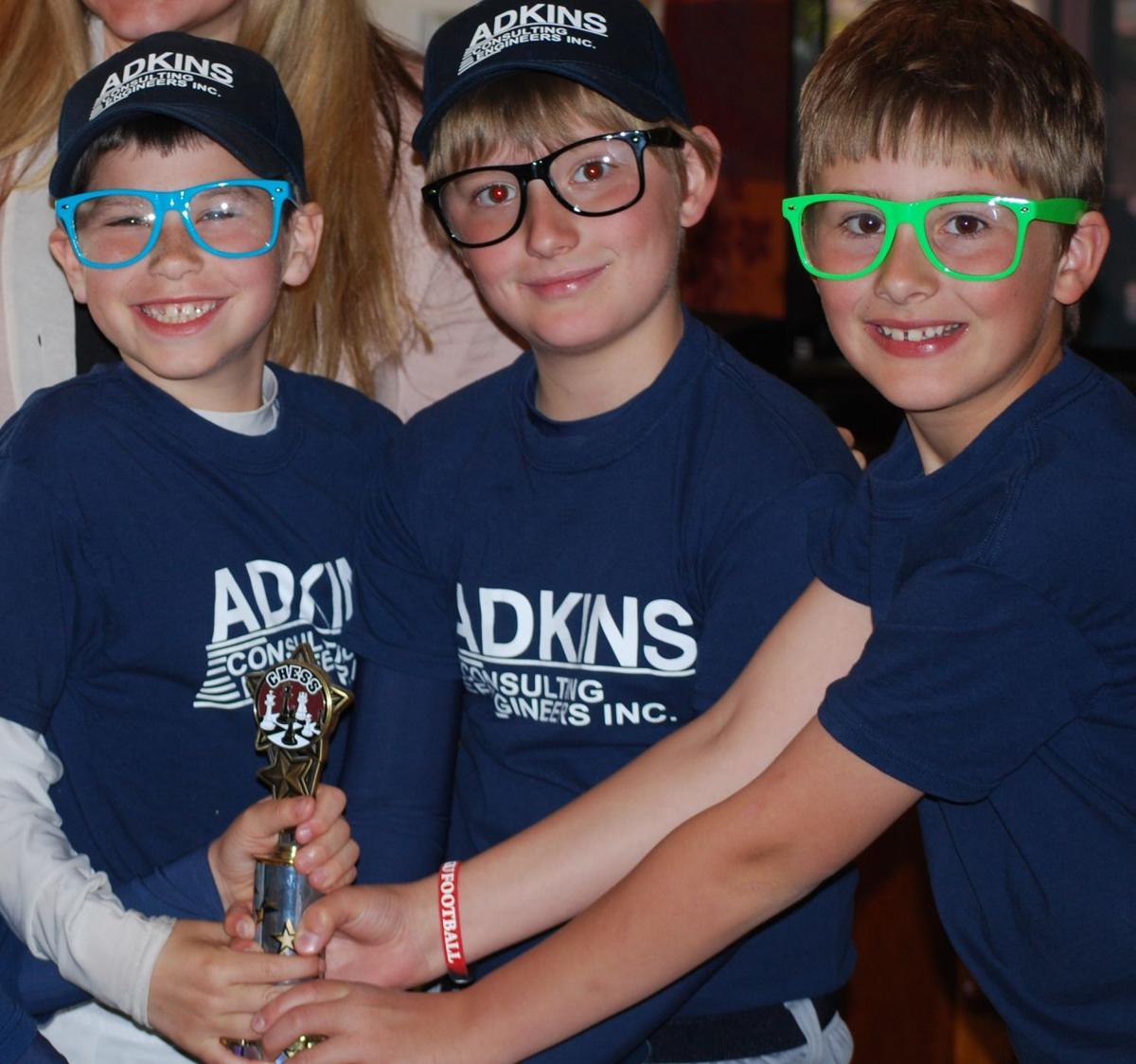 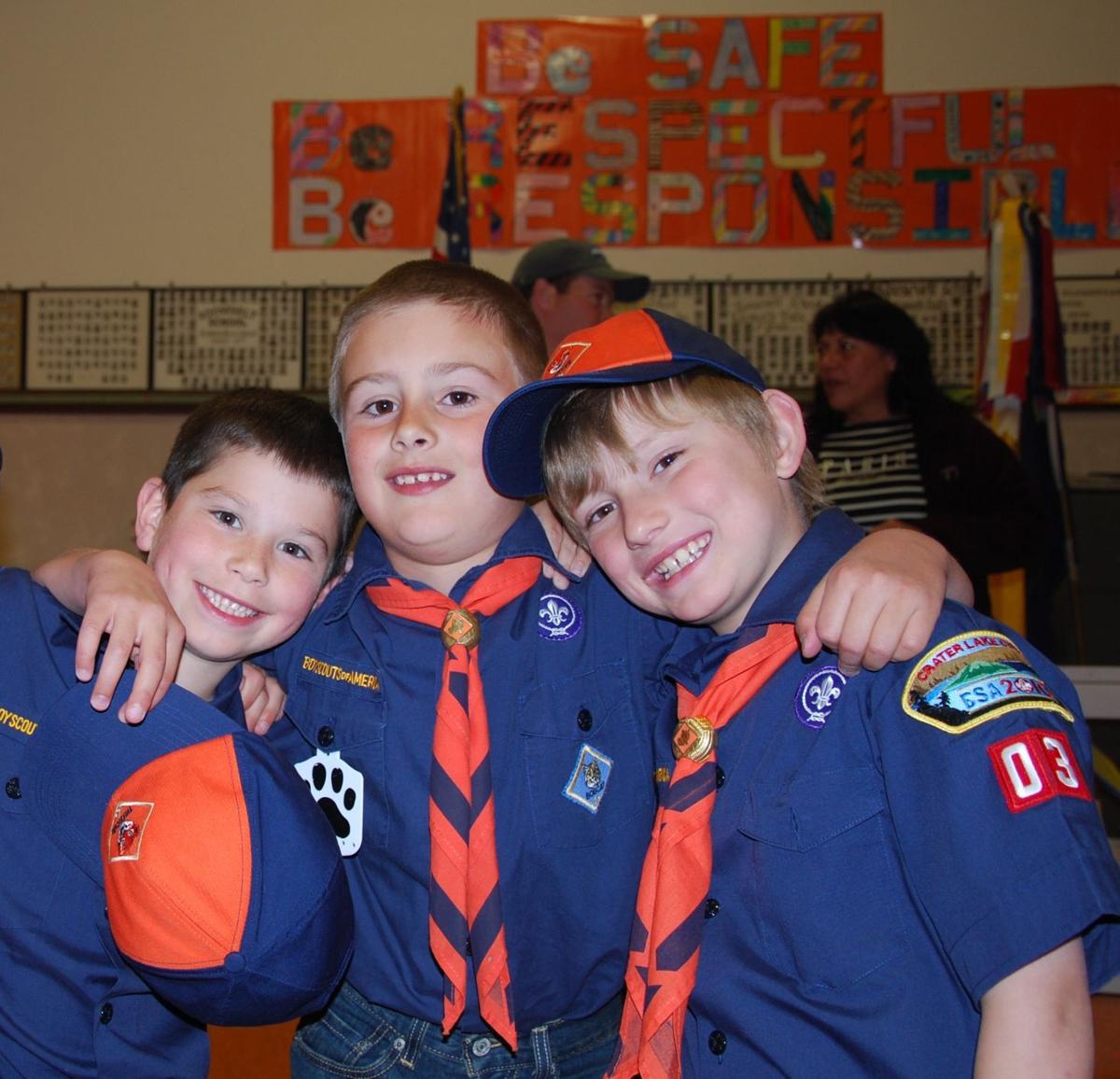 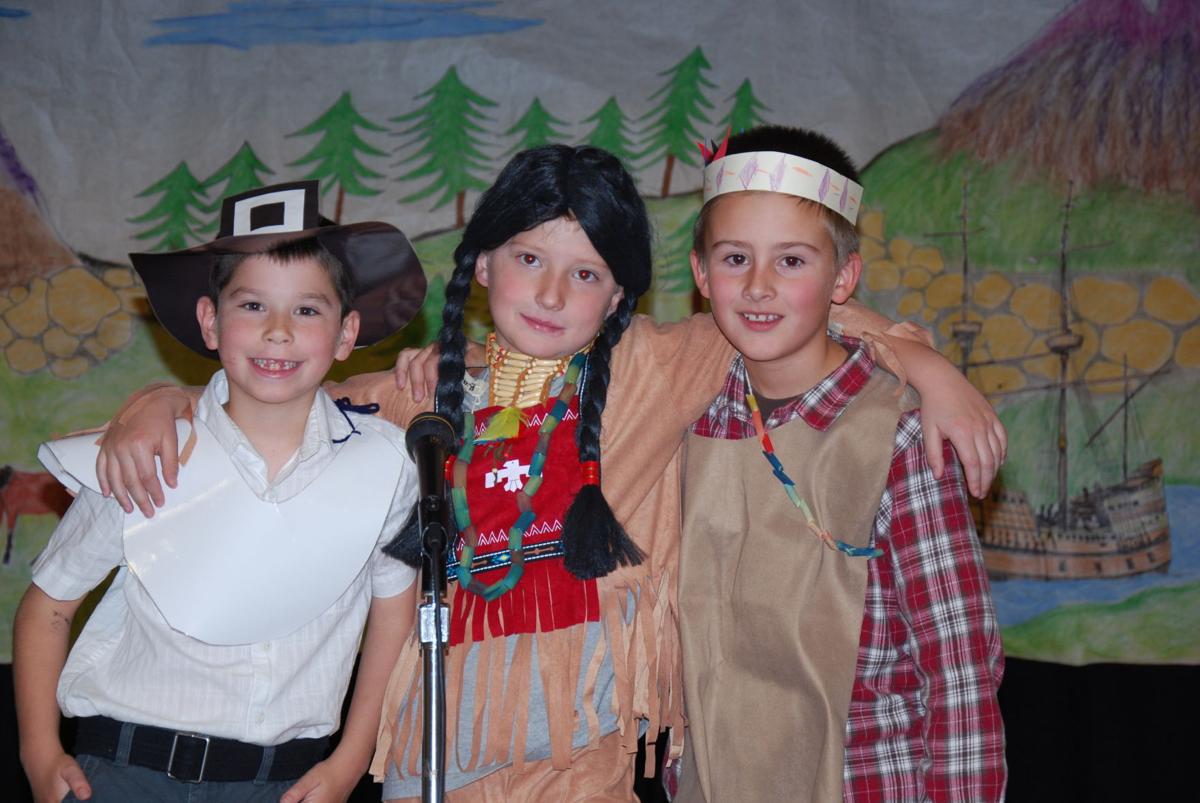 Beau Stork, Kaden Coulter and Landon Baeth were childhood friends who each became class presidents at their respective schools.

Landon Baeth, Kaden Coulter and Beau Stork have a lot in common. They all grew up within blocks of one another in the same neighborhood in Klamath Falls, and we’re the best of friends throughout their youth.

After eight years of attending the same elementary and middle schools, the trio went separate ways, each attending a different high school. But their commonalities remained, and by senior year each became their new school’s class president.

Baeth was the 2021 senior class president at Mazama, Coulter earned the same spot at Klamath Union, and Stork the same again at Henley High School.

Each said that their shared friendship — the striving to make each other better, to value academics, trust each other and make memories together — have been critical to their success throughout their scholastic careers.

Each recalled their walks home from Roosevelt Elementary School where they would tell stories, plan their next sleepover and talk about made-up games.

According to Stork, it was Chris Young, a fourth-grade teacher at Roosevelt, who helped inspire them to reach for the academic stars.

“Mr. Young made learning fun and fascinating. We would stargaze at 10 p.m. on a school night, at a local farm, take an Amtrak trip to visit a historical site, or make Pacific Terrace our class version of the Oregon Trail,” said Stork. “Mr. Young also was our chess coach and invested in helping us love the game so it could become a lifelong gift.”

Young’s counsel on creativity came in especially handy during COVID, during which the young leaders were expected to keep their classmates engaged and inspired during the pandemic.

Coulter helped develop a KU Instagram account that would highlight students, and it now has more than 1,000 followers. He held a competition for the person who composed the best playlist suggestions for a “KU Collector Pandemic Playlist.”

Stork helped compose 12 virtual days of Christmas for students, which included dance battles and “rap-offs,” to delight and cheer his classmates via Zoom.

“They each emerged with their own style and they each always strived to do the right thing,” he said.

The trio met in first grade at Roosevelt Elementary school in Christine Fay’s class. The three students all recall Fay as someone who was happy and kind in her classroom, giving them important confidence needed to be successful in school.

“She took a personal interest in us and wanted the very best for us,” said Coulter.

Stork gathered his pals and classmates to do something special for Fay at the end of the school year. He had t-shirts made that read “Yay for Mrs. Fay,” as a reflection of their treasured school year in her class.

Fay recalls what a pleasure it was to have the boys in class and reciprocates the young men’s fondness.

“It is not surprising to me that these three young men have flourished in their education,” said Fay. “Even in first grade, they were responsible, respectful and excited learners! It warms my heart to know the future is in such good hands.”

The young men went on to Ponderosa Junior High giving the same effort, energy, investment in school and community. They hold their time in the WEB (Where Everyone Belongs) class and their classroom manners motivation very dear.

“In WEB, we got to help create the school culture, be role models and mentors for younger students,” said Baeth. Coulter added that sixth-grade teacher, Evan Mortenson, made manners a priority in his middle school instruction.

The most important bond however was friendship — a deep, enduring, even odds-defying connection that created a consistent and powerfully constructive chemistry.

Last weekend, each of them stood on their school’s dais and shared inspiration as their class’s president.

Baeth shared about all the important “firsts” in life and using the lessons from them to grow, change and lead. Coulter’s message recalled the experiences so unique to the class of 2021 and how life-changing that was for them, particularly the devastating wildfires and global pandemic. Stork’s talk focused on the responsibility of students’ legacies and their responsibility to always represent the “H” of Henley High with honor and integrity.

The trio will all be attending Oregon state schools as they continue to share their time and talent in college. Baeth will study environmental science at OIT, Coulter has set his course in biology or biomedical engineering at the University of Oregon, and Stork will attend Western Oregon University studying business and psychology with a minor in journalism.

All three said their story is dedicated to the countless leaders that formed and inspired their paths.

“They taught us to think bigger than ourselves,” said Baeth.

“Our teachers were very good role models,” said Coulter and Stork. “They built our character all the way through. They wanted us to be good people.”