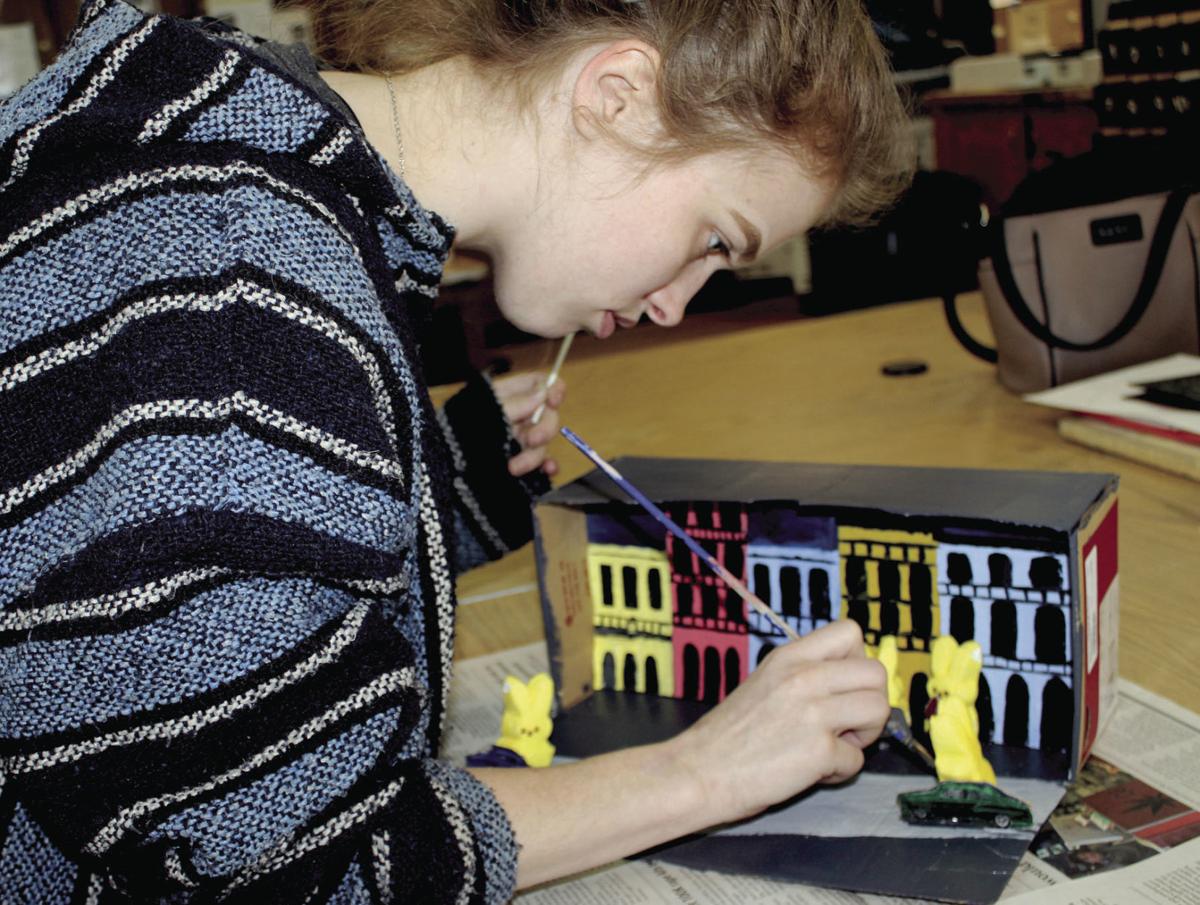 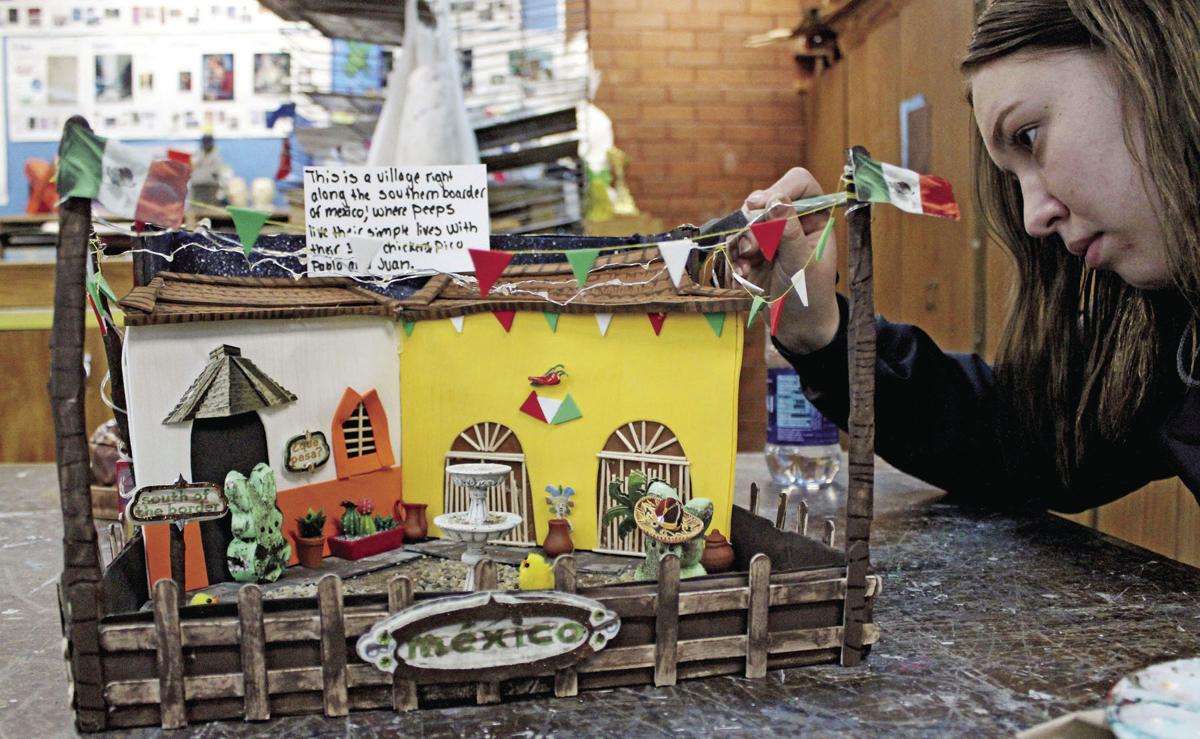 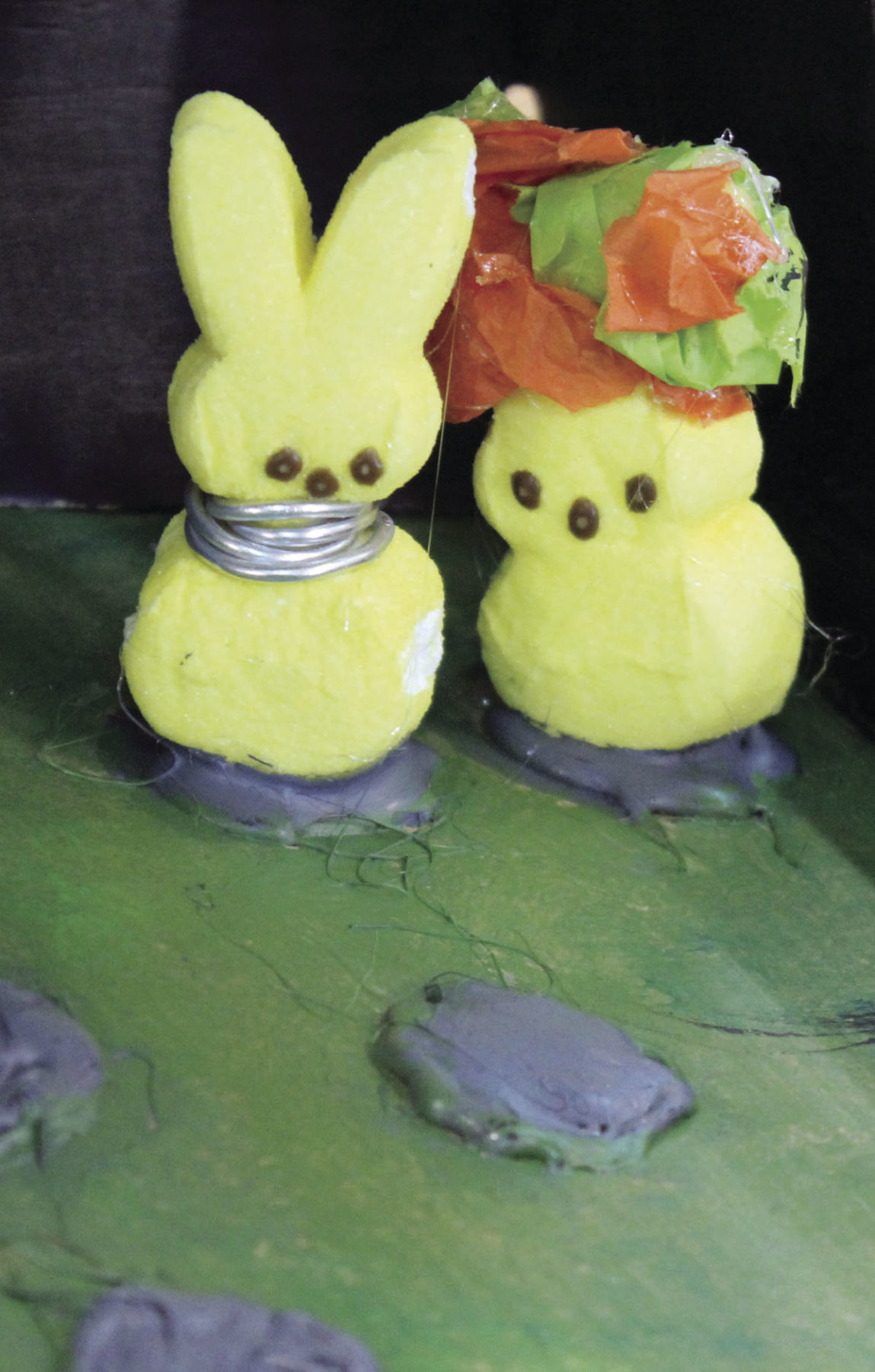 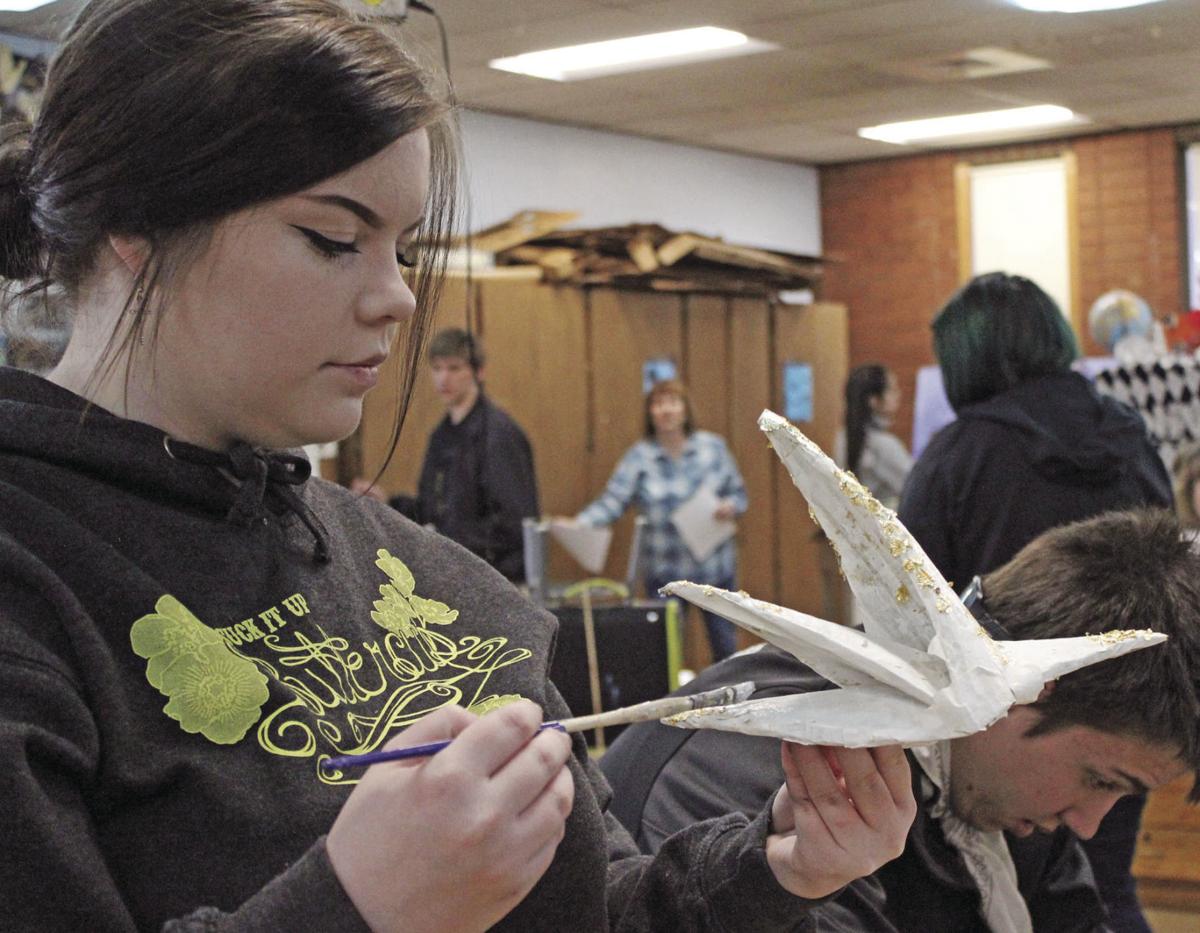 Kiayna Gour works on what will be the Sydney Opera House for her team’s Australia diorama in Mazama’s annual Peep Challenge competition.

Kiayna Gour works on what will be the Sydney Opera House for her team’s Australia diorama in Mazama’s annual Peep Challenge competition.

Some are sporting colorful hats, others are dressed in tuxes. They drive cars and wear togas. Some are fish. Between them, they represent more than 20 countries from around the world.

The Peeps are featured as part of Mazama High School’s annual Peep Challenge – a competition pitting advanced art students, and sometimes faculty, against each other to see who can create the best Peep diorama.

This year’s theme is “We are the World.” Students had two weeks to research their countries and create their Peep masterpieces, which must include informational cards about the featured country. There are two rules: The diorama cannot be larger than 2-foot by 3-foot and it must incorporate Peeps. (For those who aren’t sure, Peeps, produced by candy company Just Born, are the infamous colorful marshmallow confections shaped as chicks and rabbits).

“I have 100 percent engagement,” she said. “This project incorporates all the art skills – composition, creativity, research. They have to write. They have to present. It’s a complete package.

“Art is not just making something to hang on a wall,” she added. “To be a working artist, you have to understand the research process. You have to design. You have to collaborate.”

Nevala got the idea from the Washington Post newspaper, which years ago hosted a Peeps contest for artists and the public. The Post no longer offers the contest, but Mazama’s Peep Challenge caught on and student artists often try to outdo the dioramas from prior years.

Senior Alli Mills explained her team’s Australian diorama – Finding Peepo – as teammates Kiayna Gour and Austin Hanson worked on what will be the Sydney Opera House.

“Our Peeps will be fish,” she said, adding that she is enjoying the project. “It gets kind of competitive. People will steal another team’s Peeps.”

Kayla Mata and Sidalee Jasso created a diorama depicting the Chinese New Year, complete with miniature outdoor food stands, a palace and lanterns, and a tissue-paper Chinese dragon with lights, being carried, of course, by Peeps.

Naomi Age’s research of Cuba led her to paint colorful buildings in the background of her project and feature Peeps driving cars from the 1950s.

A Greece project depicts a Peep as Poseidon, the Olympian god of the sea; other Peeps are dressed in togas. One side of the diorama features Greece’s tourist attractions – and Peeps as tourists.

In Jordan, Peeps were painted and dressed as royalty. Seniors Erin Solis and Danielle Alvarado also planned to depict the country’s ancient ruins. “It’s not a very well-known country,” Solis said. “We had to do quite a bit of research. But it was fun that way.”

Icelandic blue-colored Peeps were skiing on paperclips, using nails as poles. Sophomore Isabella Shackelford worked on a sign, “Welcome to Iceland,” and planned to paint the country’s flag on the diorama as well.

“It’s a really fun project, and it’s a good competition for everyone to take part in,” she said, adding that she personally is not that competitive. “I just want to look at everyone’s work and see what their ideas are.”

The dioramas will be judged by faculty and former students during parent-teacher conferences this week, and will remain on display in the Mazama High School library through the first week of April.