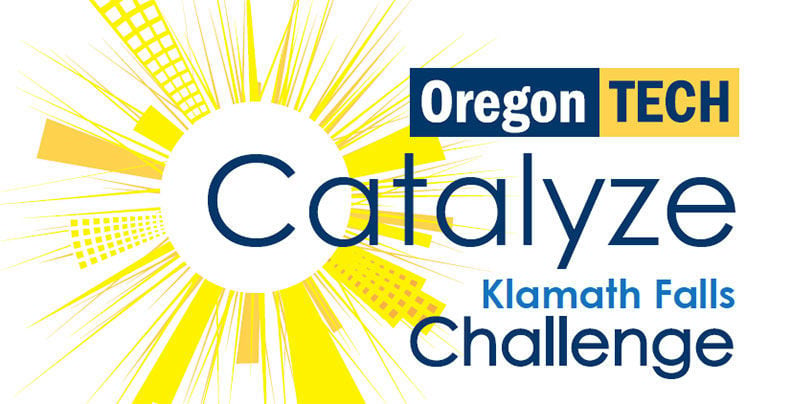 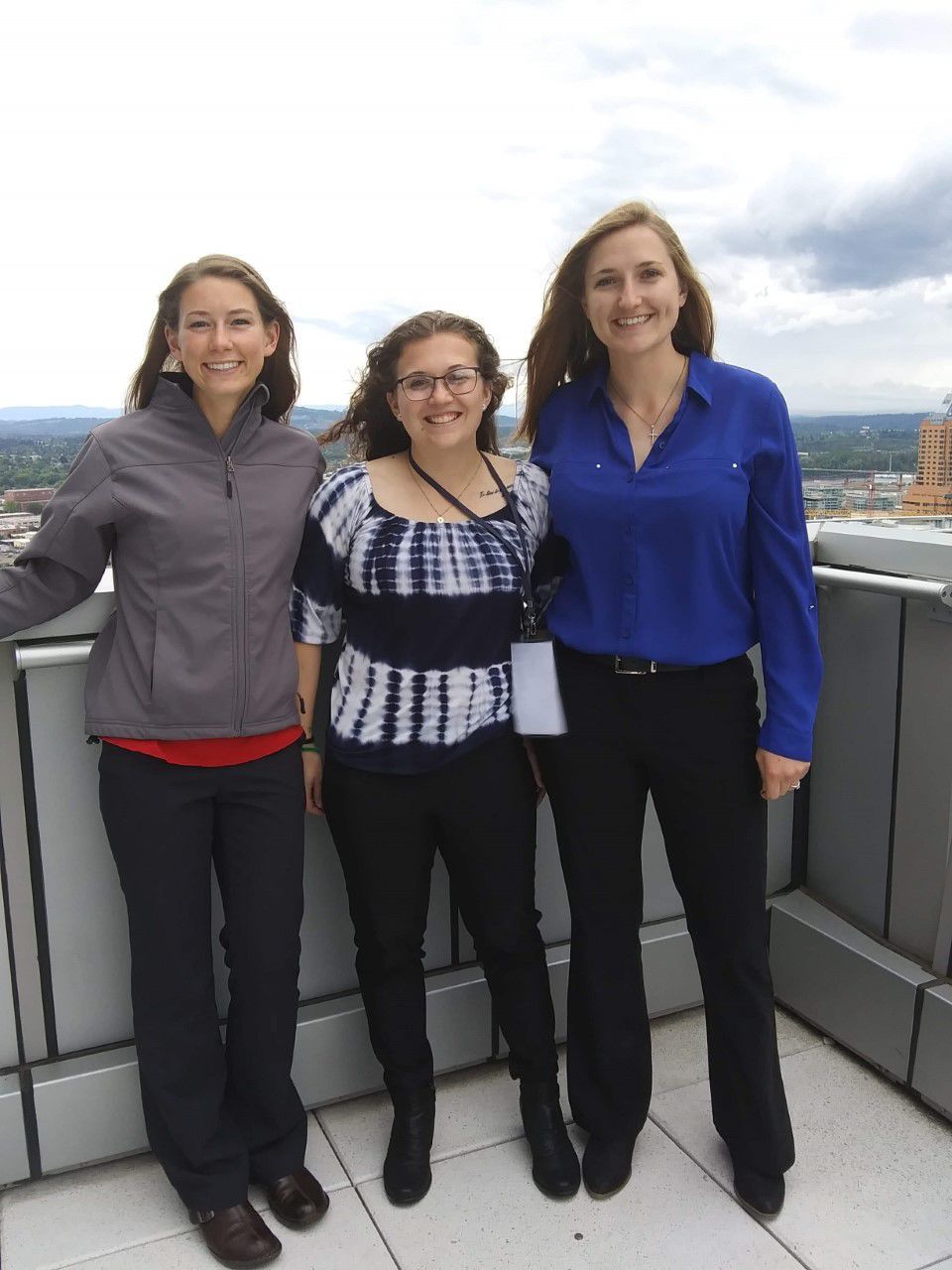 LEFT: The Reclaimers, from right, are: Annika Andersen, Ashlei Morgan, and Jessica Arrington. 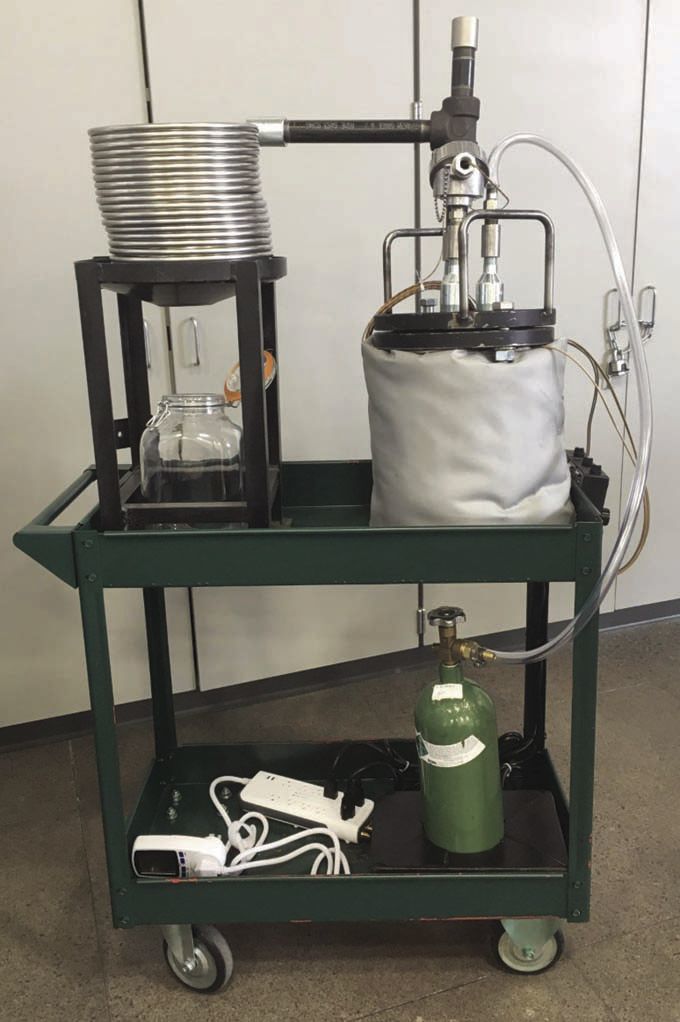 ABOVE: The Reclaimers’ pyrolysis machine. Pyrolysis is decomposition by high temperatures. The machine heats the plastic up, gasifies it, runs it through a series of tubing, and what drips out is a crude oil that can be refined into jet fuel, kerosine or diesel. 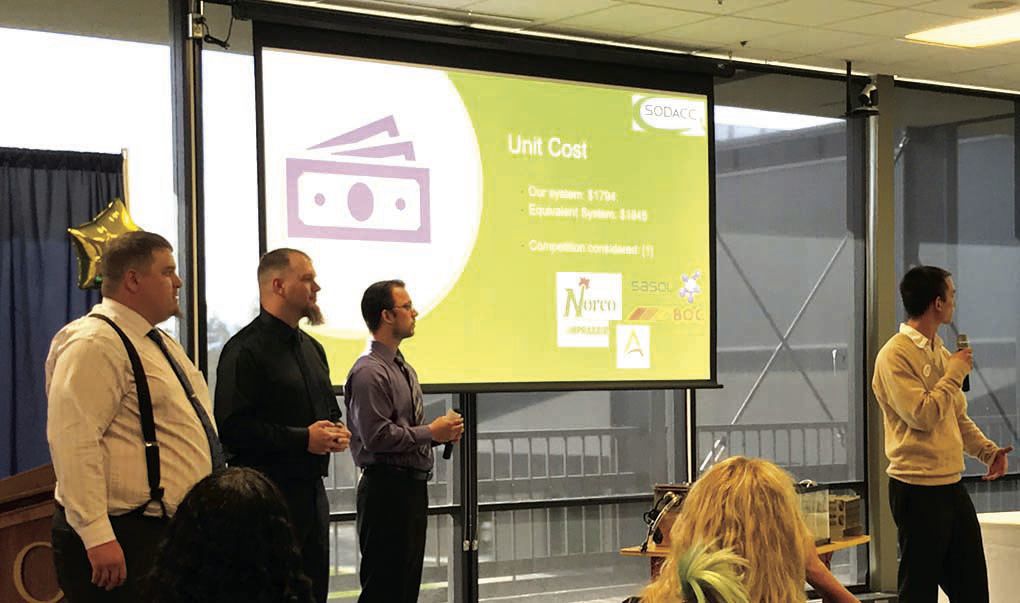 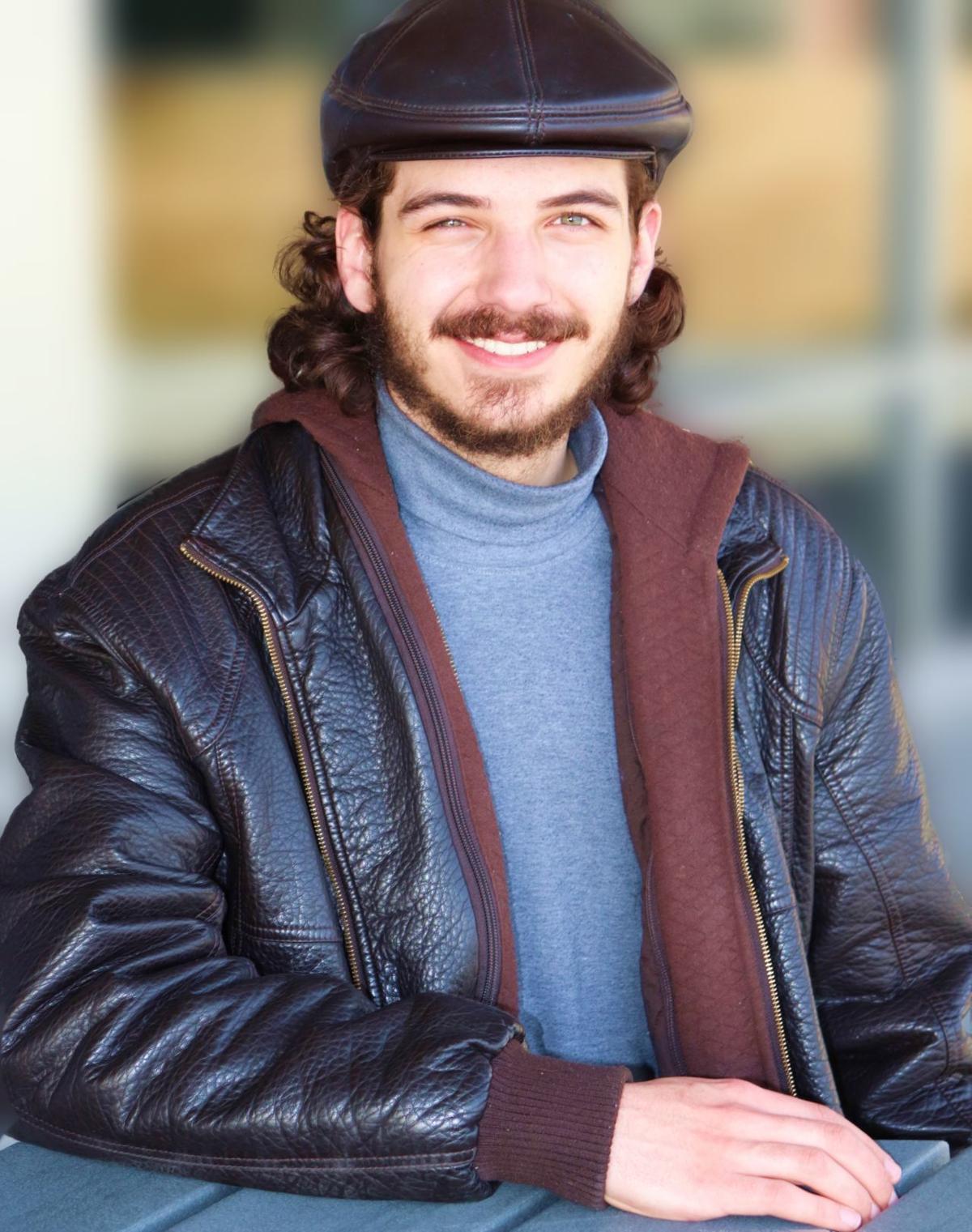 LEFT: The Reclaimers, from right, are: Annika Andersen, Ashlei Morgan, and Jessica Arrington.

ABOVE: The Reclaimers’ pyrolysis machine. Pyrolysis is decomposition by high temperatures. The machine heats the plastic up, gasifies it, runs it through a series of tubing, and what drips out is a crude oil that can be refined into jet fuel, kerosine or diesel.

Usually, only one team per school advances, but this year InventOR selected two teams from Oregon Institute of Technology to advance, and, for the first time, a Klamath Community College team has also been selected.

The winner of the final, which takes place on June 28, will receive $25,000 in prizes. The competition is hosted by Portland State University’s Center for Entrepreneurship. Seventeen institutions participate across the state; 22 teams will compete in the finals.

The Klamath Falls teams advancing are SODACC, The Reclaimers and Klamath Agricultural Solutions.

“In 2017, Oregon threw away 2 pounds of plastic per person per day. This is horrendous and we use this to motivate our project, which is turning plastic into oil,” Jessica Arrington said in a presentation at a Klamath IDEA (Inspire Development, Energize Acceleration) talk on Wednesday.

The Reclaimers are developing a machine that will recycle plastic waste into crude oil, which can be sold to oil refineries.

The machine is called a pyrolysis machine. Pyrolysis is decomposition by high temperatures. The machine heats the plastic up, gasifies it, runs it through a series of tubing, and what drips out is a crude oil that can be refined into jet fuel, kerosine or diesel.

The three of them began developing their idea over a year ago, intending it to be a senior project.

The team put in 20 to 30 hours a week developing their prototype. This was on top of their studies in school. Morgan also has two campus jobs, while Anderson and Arrington are on the track team.

The team envision a future where their prototype is scaled up to an industrial size in Klamath Falls. They say they chose this idea for their senior project because they are passionate about making a difference.

“I already knew going into college that I wanted to do protect the environment and save the world,” Morgan said. “I see a huge problem with waste in general. I just really want to make a difference.”

Arrington said much of her motivation comes from growing up in the small town of Paisley, Ore.

Arrington and Morgan said the hardest challenge in developing their prototype was securing funding. They described all the ways they tried to raise money for their machine, from a can drive to a GoFundMe page. Eventually, they began getting sponsors. Now they have raised over $23,000 for their machine, and are partnering with REACH.

The team won Catalyze Klamath, the OIT inventing competition, and went to the InventOR semi-finals and advanced, all without ever actually creating oil. The group’s first attempts created a powder, not a liquid. But just last week, late Tuesday night, The Reclaimers were successful.

Morgan described the moment. She and Arrington were monitoring the machine when they noticed a little smoke. She said they walked over to the machine and saw the very first honey-colored drops of oil dipping down into the container.

“We jumped around and got our phones out and started recording it because we wanted to capture the moment,” Morgan said.

In the background of one of the videos Morgan recorded you can hear Arrington’s triumphant scream.

They said they can’t wait to show their progress to the judges in the InventOR final.

The group posts updates to their instagram page @reclaimrecycling for those who wish to follow their progress.

“We really liked the other teams competing,” Volpe said. The two had been friends since the seventh grade, and had pitched an idea that Walter dreamed up to solve a problem that his family’s cattle ranch faced.

Much to their surprise, the group took first place, moved on to the semi-finals of the inventOR competition, and are now advancing to the finals.

Volpe attends OIT, where he double majors in software engineering and embedded systems engineering, and Walter attends KCC, where he majors in advanced manufacturing. As freshman, the team is the youngest of the Klamath Falls finalists. Walter will be the first KCC student ever to attend the finals.

“Losing just one animal can be a pretty major impact on a small farm’s bottom line,” Walter said at the IDEA talk. “Our solution is a passive set-and-forget tracking system that uses radio frequency ID technology.”

The system consists of a reader that is placed next to the water trough in a field, and microchips that are attached to each cow’s ear. According to the team, cows visit the water trough at least once a day, and when they do, the reader will read the tag. If the reader does not account for a tag within a day, a text is automatically sent to the cattle rancher notifying them that a cow is missing.

“The issue is, in an open pasture situation, if an animal in the herd becomes sick or missing, it can go days or weeks without being noticed and oftentimes this is too late to help the problem,” Volpe said at the IDEA talk.

“If you assume a heifer can produce about 7-8 calves in her lifetime, at an average market value, about $500 per calf, that’s $5,000 in lost farm revenue in just a single animal,” Walter continued.

The duo said they plan on taking their idea all the way. They hope to start a business and start selling their product to ranchers, while keeping all production local in Klamath Falls.

Although they are nervous to attend the finals, the duo plans to create new inventions to bring to more competitions while they are in college.

“Our technology captures carbon dioxide directly out of the air,” said Justin Villers at the Klamath IDEA talk.

The team has invented a system for farmers who use greenhouses to get carbon dioxide to their plants in an eco-friendly, reusable way that is actually less expensive than the top competitors.

“Our preliminary data shows that in 19 hours we are able to capture one ton of CO2 out of the air. We are able to achieve this with less than a milk jug worth of fluid,” Villers said. The fluid is a solution of the group’s creation. The recipe is top secret. “We can capture or release CO2 by simply heating or cooling our solution,” Villers said.

Villers is the one who came up with the idea. He said he was in San Francisco studying structural engineering when inspiration struck him. He transferred to OIT specifically to start putting the idea into motion.

“It spoke to me that there is a problem that we can address,” he said.

He began a program where students can group up and choose the invention as their senior projects, innovating on previous group’s work. The group going to InventOR is the second group to work on the project.

Villers plans to create an LLC and take on this project as his career.

The team has already found two farms willing to test their prototype in their greenhouses, and if the product is successful, one of the farms has agreed to purchase and use it in their farms. The revenue from that deal will be about a quarter of a million dollars.

As far as InventOR, Villers said the group is in it to win it. “We want to keep our humility, but we’re going to go in to win,” he said.