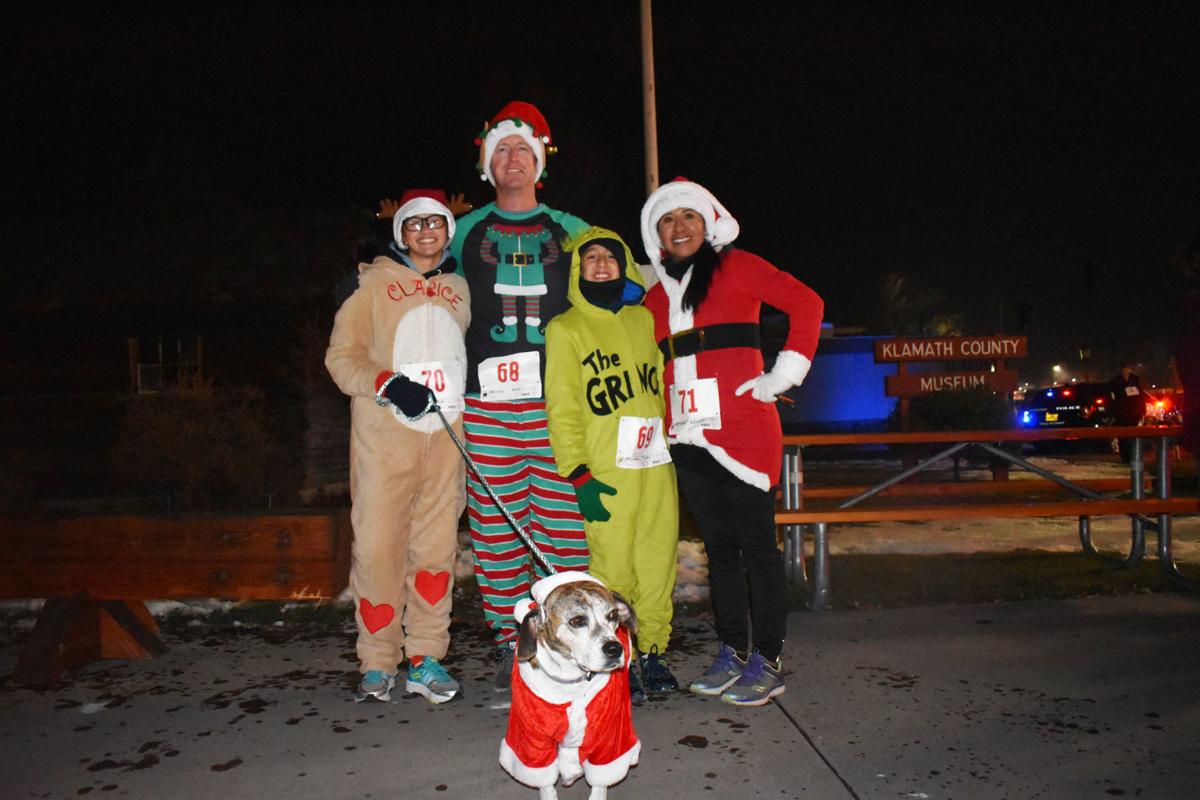 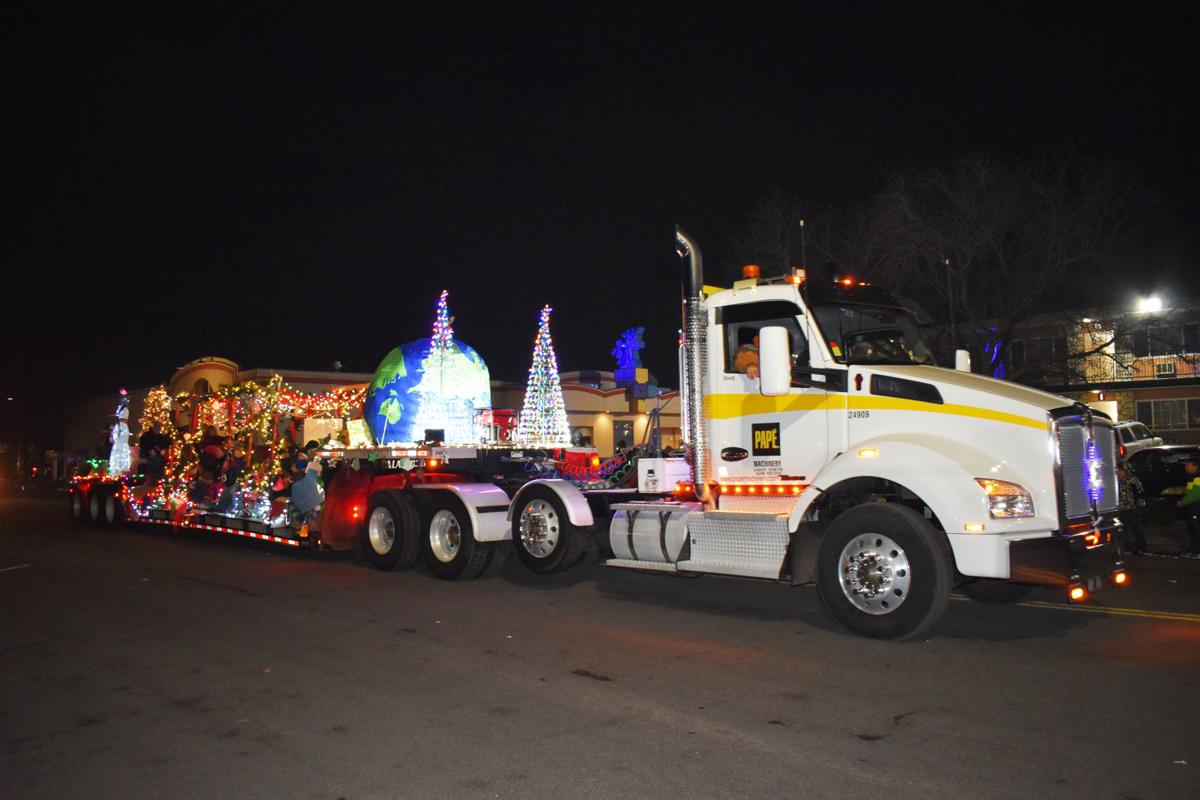 Papé Machinery drive down Main Street during the Snowflake Parade whose theme was Christmas Around the World. 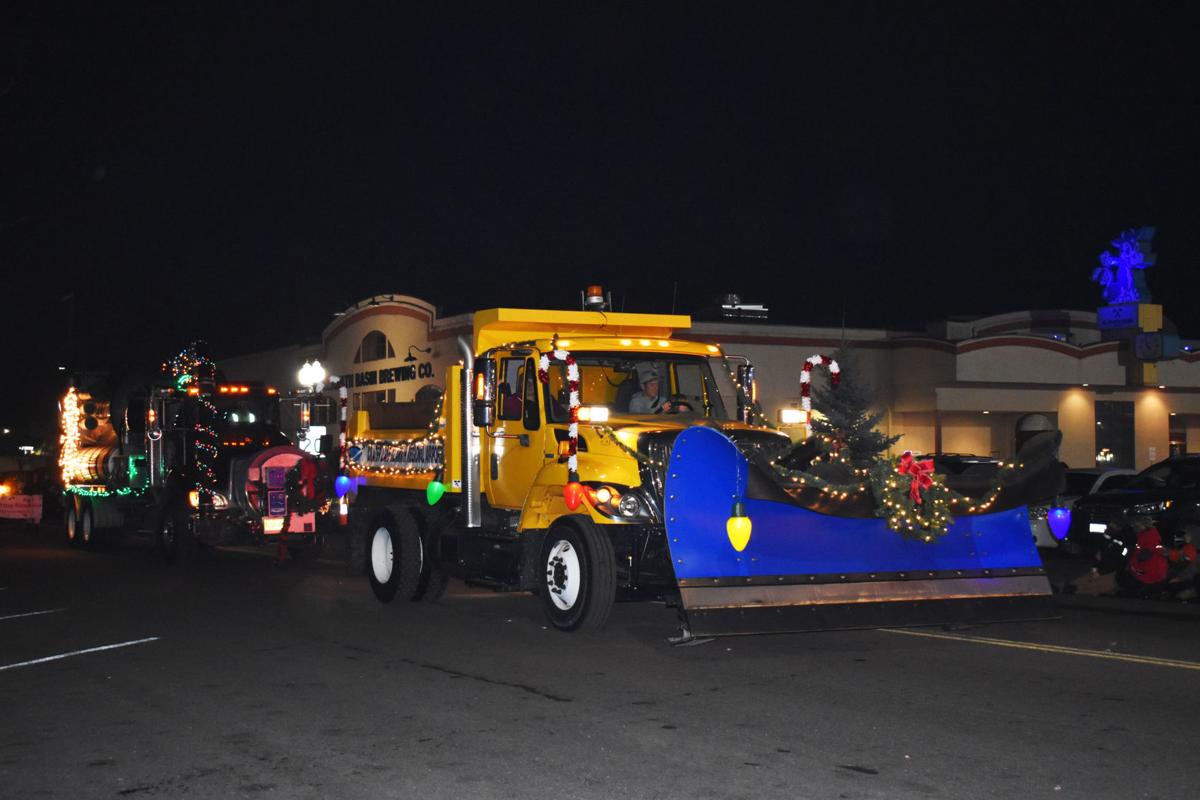 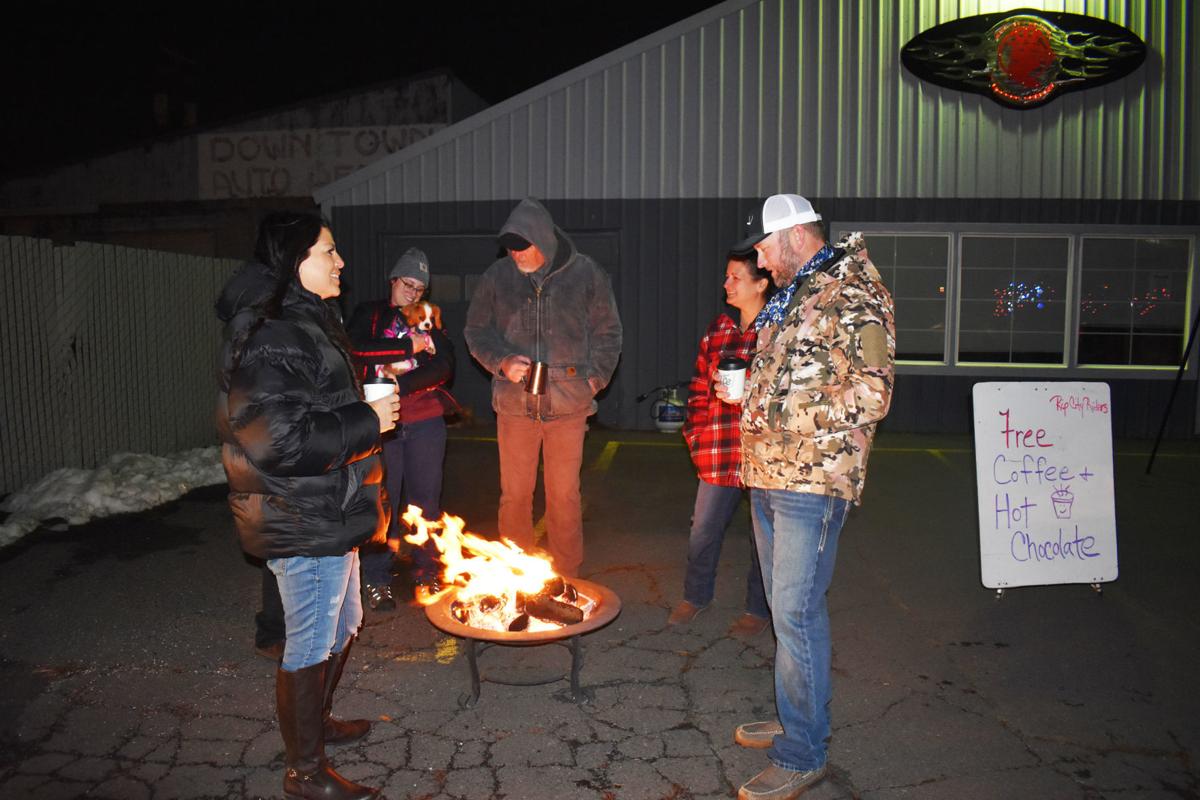 A group of friends stand around a fire as they wait for the Snowflake Parade to begin on Thursday night. 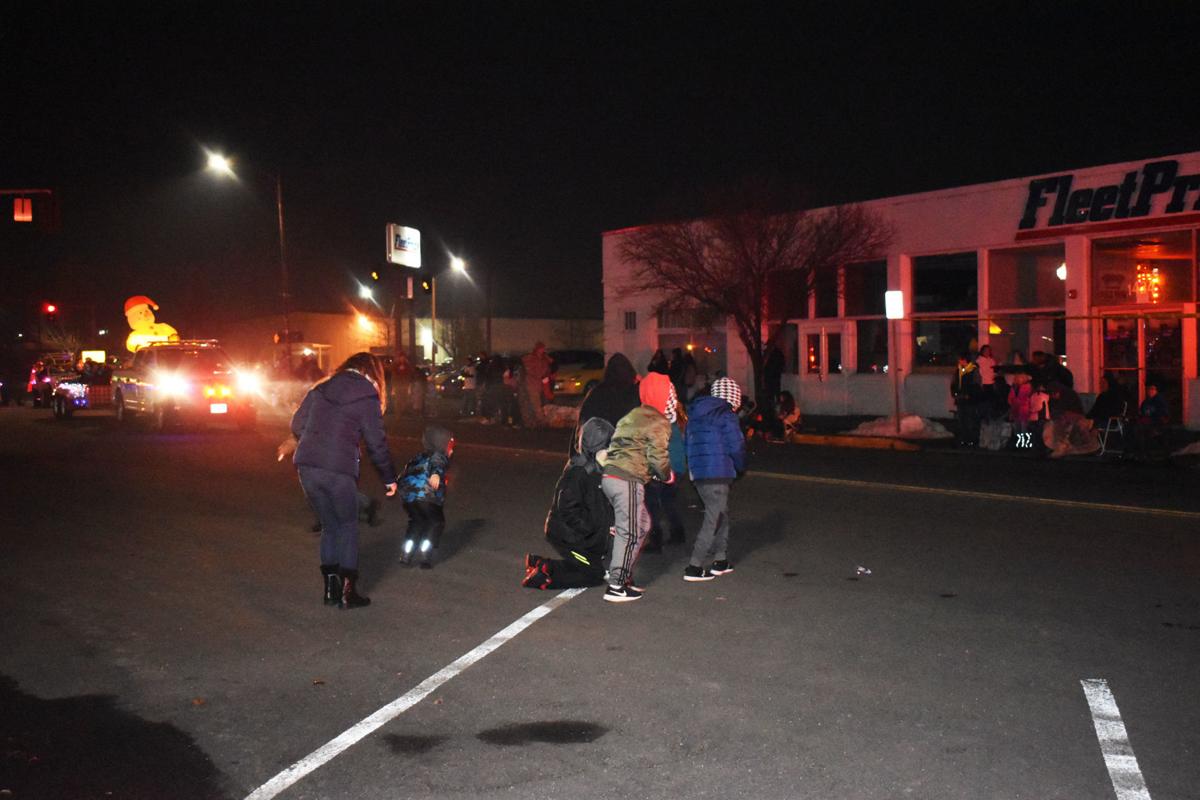 Papé Machinery drive down Main Street during the Snowflake Parade whose theme was Christmas Around the World.

A group of friends stand around a fire as they wait for the Snowflake Parade to begin on Thursday night.

The 2019 Snowflake Parade was a cold one for the 35th annual celebration of the Christmas season. Temperatures in the low 30s didn’t stop hundreds of people from lining Main Street and packing onto floats, despite being able to see their breath as they shouted “Merry Christmas!” and “Happy Holidays!”

Before the parade, hundreds of people also lined up across Main Street in front of the Klamath County Museum to run the mile stretch to Veterans Memorial Park.

The Atwood family from Klamath Falls were decked out in Christmas costumes, with even their 9-year-old dog, Chief, sporting a Santa hat for the run.

Adriana Atwood said she and her family run the mile every year and have dressed up for probably the last four.

She said she and their 8-year-old son, Tyler, take their time on the run with Chief while her husband, Nate, and their 13-year old daughter, Ava, pull ahead.

After the run Adriana said they planned to grab a hot chocolate and camp out for the parade.

Other runners donned necklaces of Christmas lights and several dogs kept their owners company on the haul.

This year’s parade theme was “Christmas Around the World.” According to the Snowflake Festival’s website, “It is a theme that captures the universal appeal of the Christmas season; the holiday that unites the world under the banner of peace on earth and goodwill toward men.”

Basin Bombers Roller Derby had people out on their skates, including someone in a dinosaur costume. The skaters held signs proclaiming Merry Christmas in a variety of languages, like Romanian and Portuguese. Several other floats featured a globe or an assortment of flags from across the world.

While a lot of people waved and wished holiday cheer to spectators from their floats or walked the street handing out candy, several marching bands provided the live music, including the bands from Mazama, Klamath Union and Chiloquin high schools.

“For a small town, it’s a big deal,” Adriana said.

Thankfully no snowflakes were actually falling during the parade, but a few piles of snow that hadn’t melted yet — paired with the freezing temperatures — ensured that you knew winter was here.