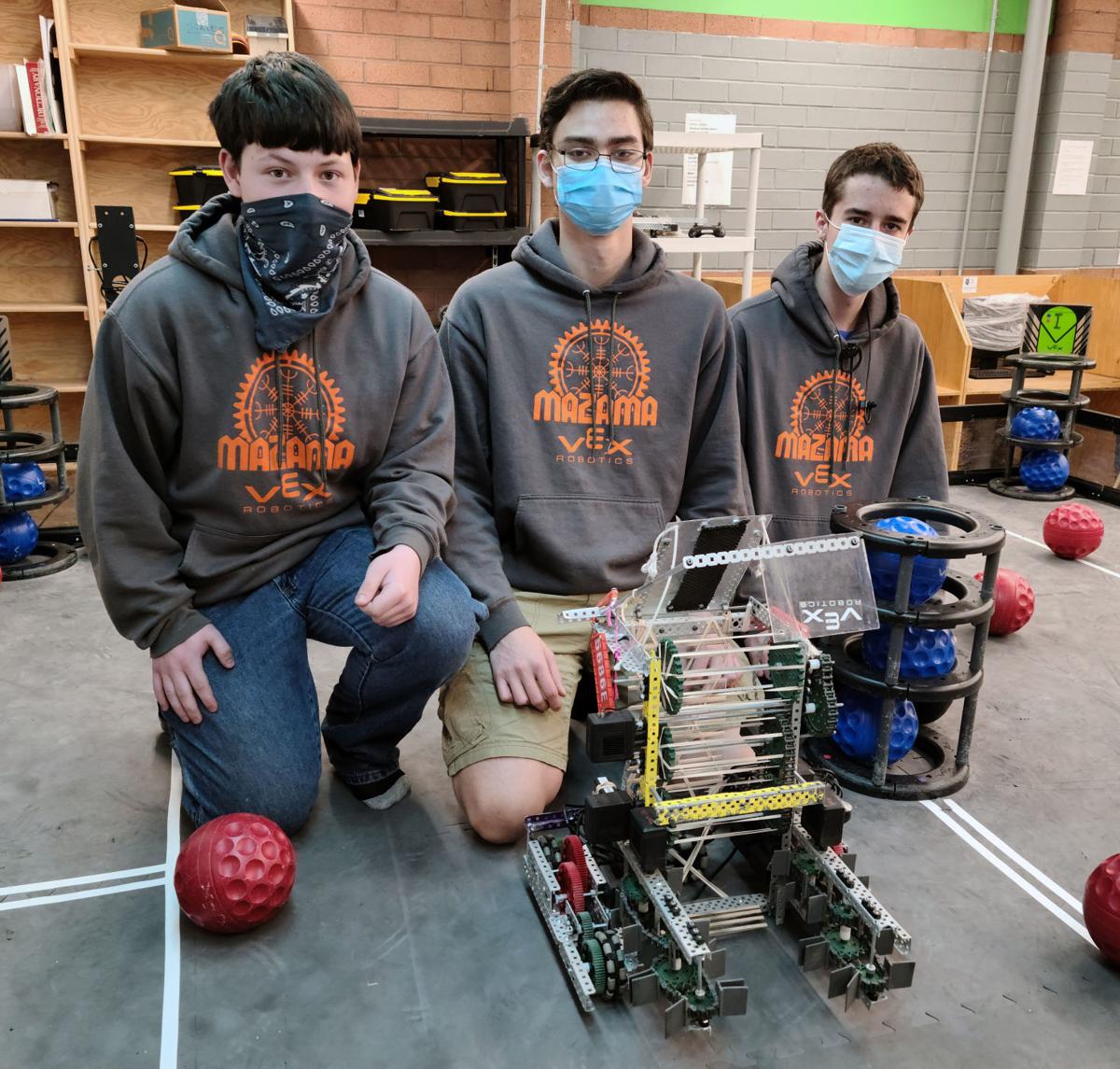 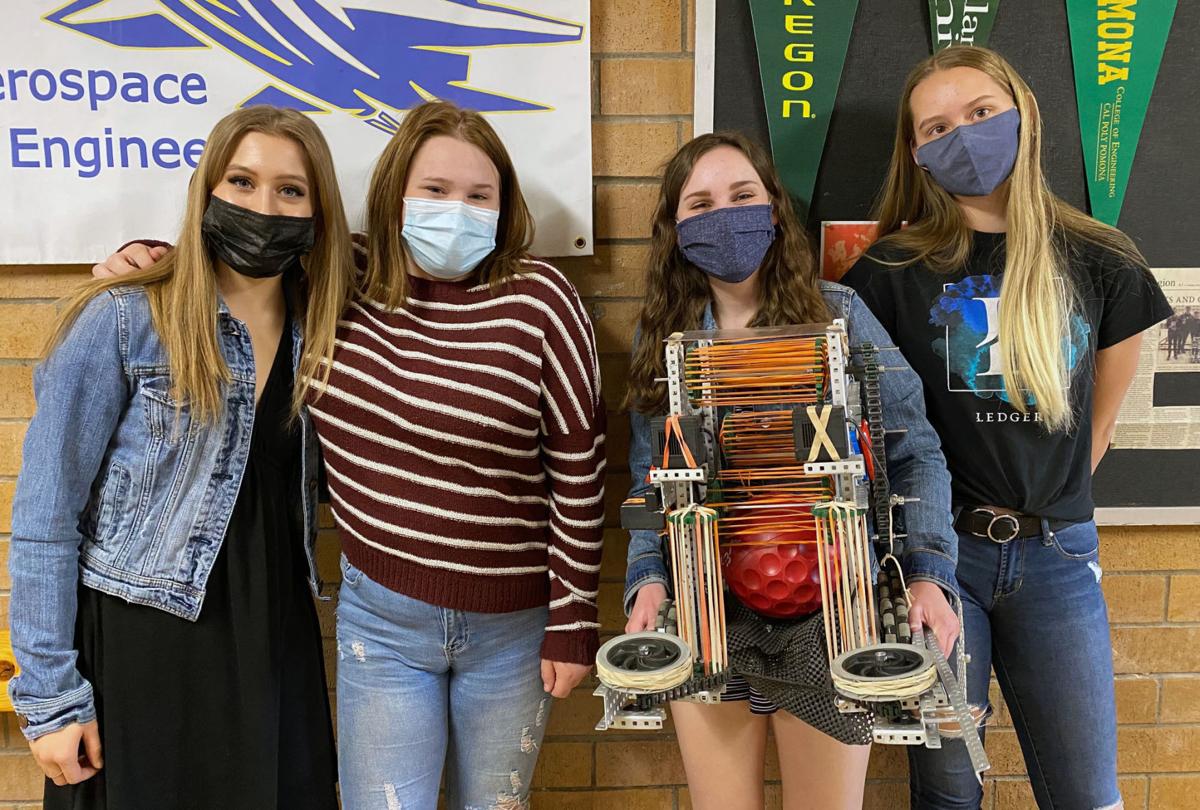 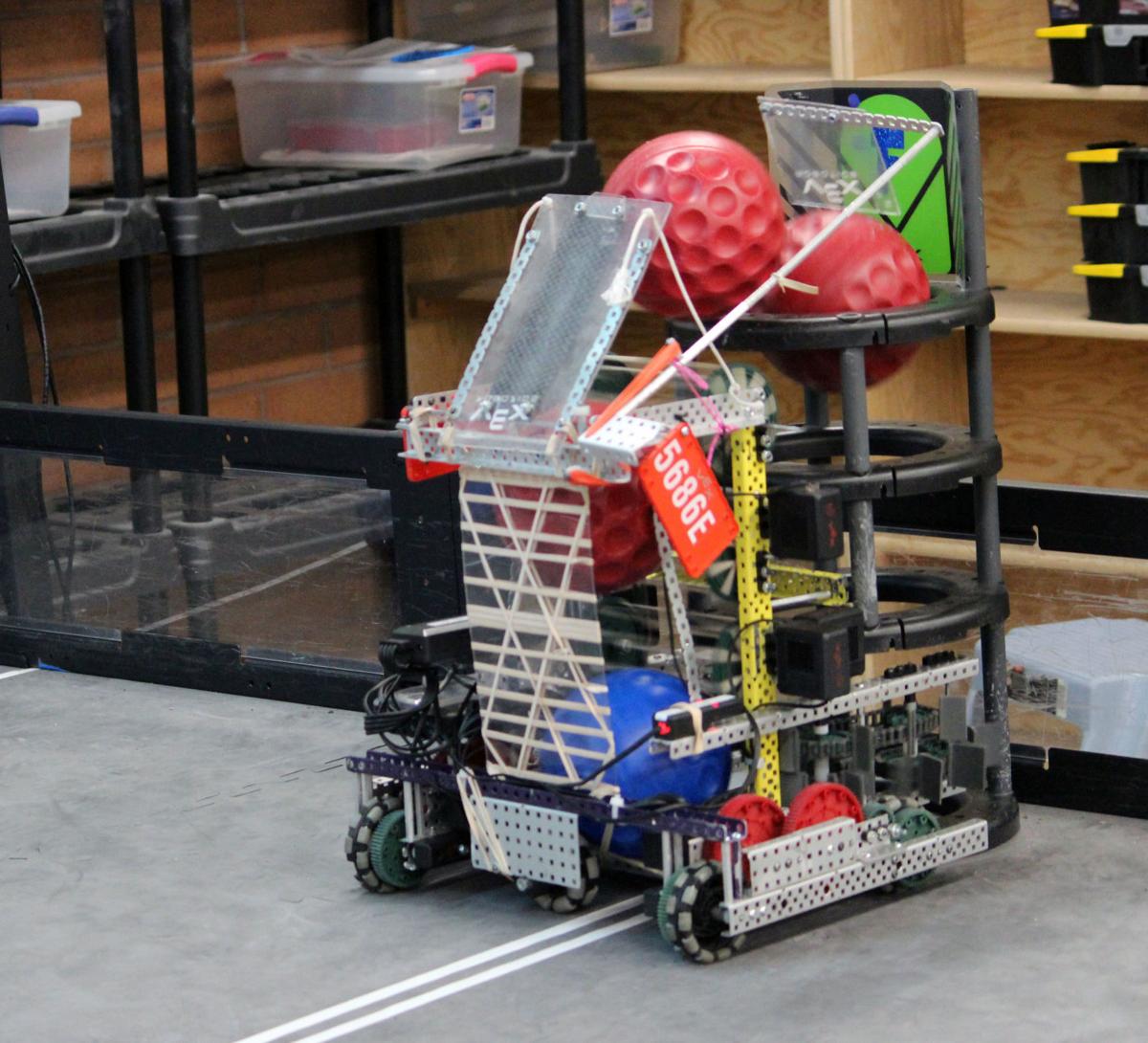 A team from Mazama High School won the Oregon VEX Robotics Competition State Championship on Saturday, qualifying for the world tournament next month.

Sophomores Matt Elfbrandt, Dylan Gerhardt, and James Ferguson of Mazama Team 5686E designed, built, and wrote code for a robot that outmaneuvered 34 teams from 10 high schools across the state. The team won the competition’s top honor, the Excellence Award, which included Zoom interviews with the judges, and was named Robot Skills Champion.

“It was really the programming that set them apart,” said Laura Nickerson, Mazama’s robotics coach and a STEM&M teacher. “They are only sophomores but have a lot of experience. I was anticipating they would do well.”

Teams are scored on how well their robots perform certain tasks during a specific time frame. The competition includes team-driven and autonomous operation through written code.

Henley Team 3017C — Abby Gibson, Savannah Preston, Alyssa Dixon, and Alana Smith — won the Judges Award, presented to a team that judges determine is deserving of special recognition for their efforts and accomplishments at the competition and throughout the season.

Kristi Lebkowsky, a Henley High teacher and the school’s robotic coach, was pleased with her teams’ efforts and thankful students were able to compete this year.

Having a state champion team in the Basin represents the hard work of all local teams, said Nickerson, who organized a Basin Robotics League this year that allowed students to practice their skills.

Members of Mazama’s state championship team spent hundreds of hours over the past few months designing, building and coding. The robot they used in the state competition was the third version though, despite the design changes, Elfbrandt said most of the team’s work went into coding. Computer code is what makes the robot perform tasks autonomously.

Elfbrandt, Gerhardt, and Ferguson are happy with the state title, but are looking towards the Remote VEX Robotics World Champion scheduled for May 17-22. They will compete with teams from around the globe through livestream feeds. At Worlds, teams will partner and work together for points, even on the remote stage. The team likely will be competing at all hours, using the Mazama robotics classroom as their base.

Nickerson believes Team 5686E has what it takes to do well.