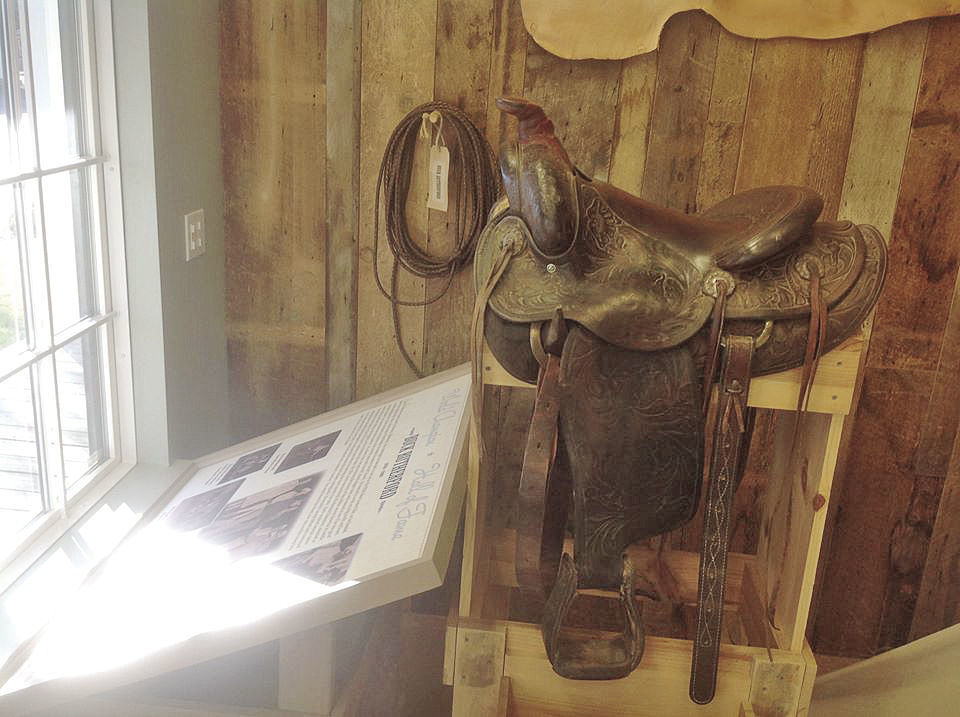 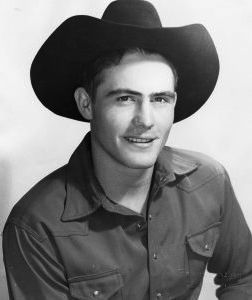 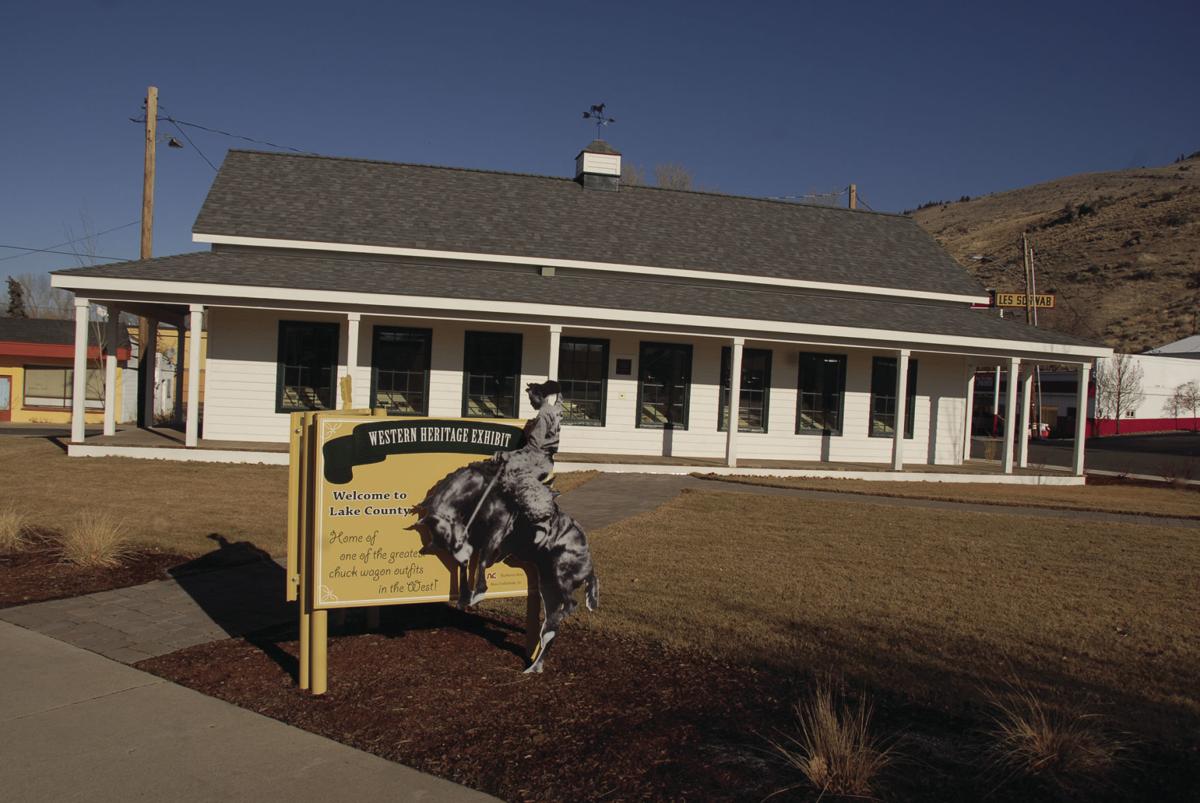 LAKEVIEW — An old saddle is the newest addition to the MC Chuck Wagon Western Heritage Exhibit in Lakeview.

Todi Gunderson Rutherford, the wife of the late Buck Rutherford, recently loaned the saddle he won as the champion Brahma Bullrider at the Cheyenne Frontier Days in 1952. The saddle includes a nameplate.

Located at 428 North F St. in Lakeview, near the Highways 140-395 junction, the Chuck Wagon exhibit can be viewed from under its covered porch through windows that surround the building during daylight hours.

Todi Rutherford, 93, who recently moved to central California, said she and Buck were together for 15 years and owned a cow-calf cattle ranch in Lenapah, Oklahoma, until he became ill and died in 1988. “He was just a great guy,” she said, noting Buck was the National All-Around champion in 1954 after being runner-up in 1952. Included in the exhibit is a photograph of Rutherford receiving his All-Around award at Madison Square Garden with Roy Rogers and Dale Evans looking on. Other photos show him performing in Fort Worth, Texas, at the Pacific International Rodeo in Portland, riding the legendary bucking horse War Paint in Klamath Falls and “Hollywood Handsome” with another rodeo competitor.

Todi said Buck learned his rodeo skills while working on the MC Ranch, where many rodeo stars worked to hone their skills.

In the book, “Bill Kitt: From Trail Driver to Cowboy Hall of Fame,” Rutherford is described as “a lanky cowboy ... a friendly sort with a nice smile. He left home (Nowata, Oklahoma) wanting to be a cowboy on a big outfit and was hired on. Buck wanted to be bronc rider and he came to the right place; the MC buckaroo boss gave him a bunch of spoiled horses to ride on.”

At the MC Chuck Wagon exhibit, Rutherford is described as “a cowboys cowboy. You could knock him down but you couldn’t keep him down. He was a man with a lion’s heart.”

“After placing second in the world in the all-around in 1952, his destiny was soon altered. A devastating car accident in November of the same year left Rutherford in a coma with skull fractures. Despite months of hospitalization, and doctors advising him to quit rodeo altogether, Rutherford returned for the 1954 season, miraculously winning the all-around title while becoming the first cowboy to eclipse $40,000 in cash and prizes in a single year. He edged out fellow Pro Rodeo Hall of Famer Jim Shoulders by $440 to win the gold buckle. That year, his $14,976 in bareback riding was good for second-most in the world, and his $14,139 in bull riding earnings was third-best among RCA cowboys,” according to RCA.

“Though Rutherford never notched an individual event title, he finished Top 5 in the world standings 11 times between 1949-57 in bull riding and steer wrestling.”

Although the MC exhibit all ready had items honoring Rutherford, trustee Will Cahill said the saddle is a welcome addition. “He was the real deal.”

The MC exhibit was created by Nicol, the grandson of William “Bill Kitt” Kittredge who developed and managed the legendary MC Ranch near Adel. For years it was one of the largest ranches in Oregon and the Northwest.

Thirteen interpretive boards and a narrated stations tell the story of the chuck wagon, the enormous MC ranch and the many famous bronc riders and buckaroos who called the wagon “home” while riding the range away from the ranch. Saddles and riggings used by the MC cowboys are also on display. More information is available on the MC Chuck Wagon Facebook page.