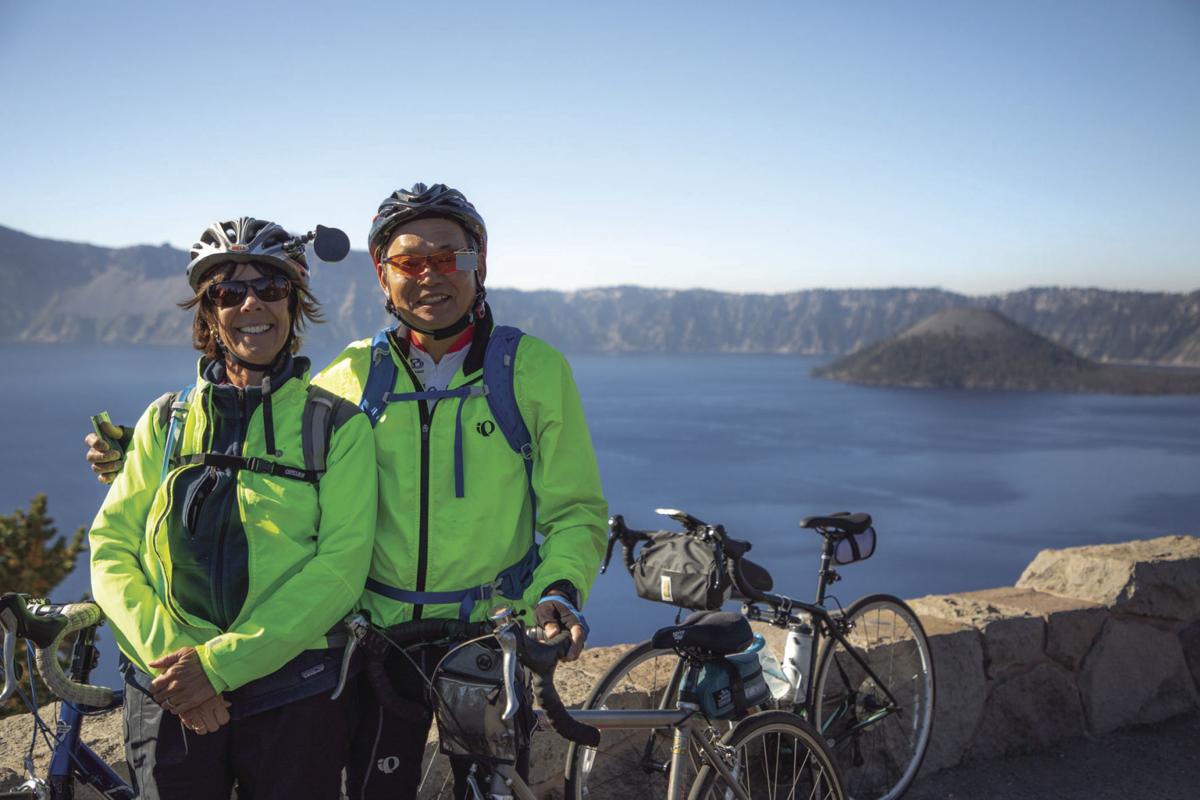 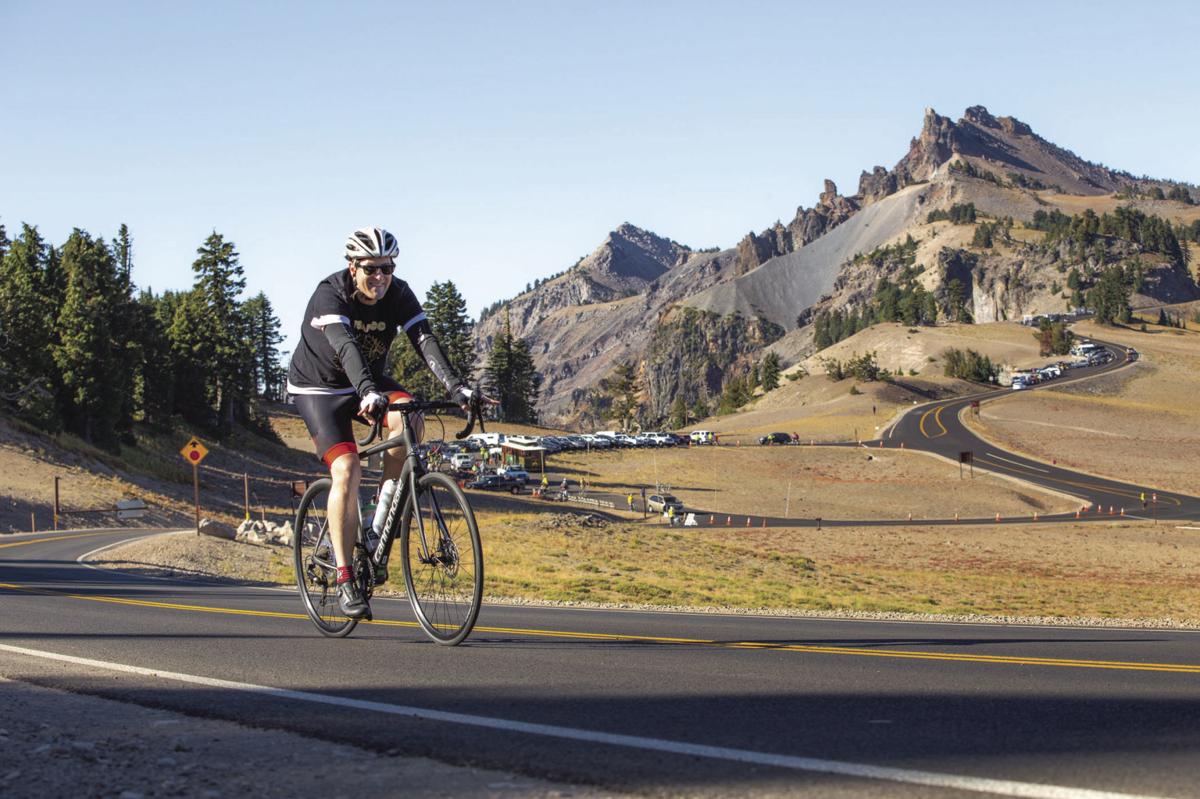 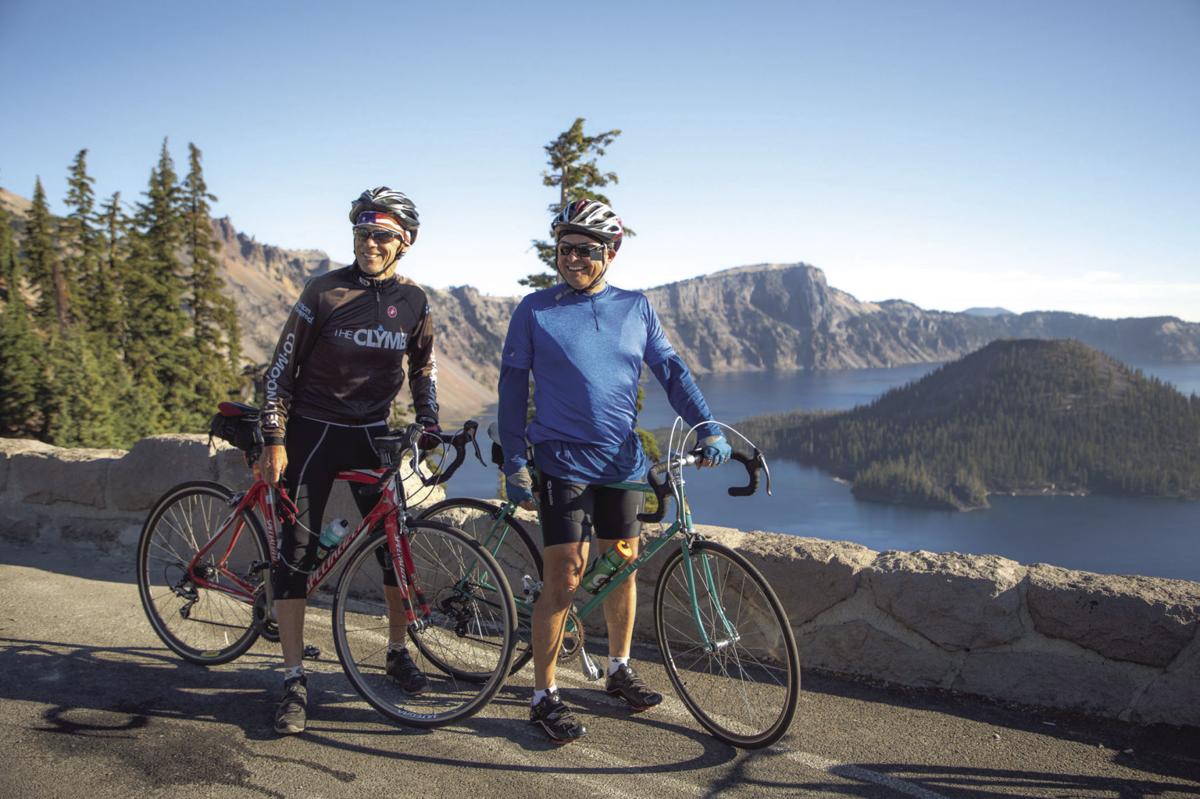 CRATER LAKE NATIONAL PARK — Carefree and car-free days return to Crater Lake National Park again in September when 25 miles of Rim Drive, the road the loops around the lake, is closed to motor vehicles.

The Seventh Annual Ride the Rim event is set for two Saturdays, Sept. 14 and 21, to give bicyclists, runners and walkers an opportunity to experience Rim Drive without worrying about cars, trucks, SUVs, motorcycles and other motorized vehicles. Pedal assist bicyclists are permitted. There is a park entrance fee, but there is no cost for participating.

“I think it’s going to be a fantastic year,” says Tonia Ulbricht, senior marketing director for Discover Klamath, which manages the event. “Everyone who comes has a good attitude. We get told by a lot of people that it’s one of the best organized rides.”

Originally launched by the park, Discover Klamath took on organizing duties four years. That’s partly because the event, which drew about 500 participants its first year, has grown and averages 3,000 to 5,000 people — mostly bicyclists — over the two days. As of late August, 2,200 people had registered for one of the two days. In past years, about 600 people typically register each day of the ride, many saying, “We just happened to be at Crater Lake” when they learned about the event and decided to ride because, “I had my bike with me.”

Riding along Rim Drive is especially appealing on Ride the Rim days because people can chug up some of the steep uphill sections without worrying about dodging vehicles. And, because the section of Rim Drive from the North Junction to the Steel Visitor Center in Munson Valley is closed from 8 a.m. to 6 p.m., there are plentiful opportunities to catch their breath — literally and figuratively — at the many lake overlooks.

Most bicyclists ride the entire 25 miles, but many riders, along with walkers and runners, choose to go shorter distances, often out-and-backs. Participants also have their choice of going clockwise from the North Entrance Junction or counter-clockwise from Munson Valley.

While the distance isn’t daunting for many bicyclists, it’s a challenging endeavor because of the uphill sections, especially from the Cleetwood Cove trailhead-parking area, to Mount Scott. Overall, the net elevation gain is about 3,500 feet. In addition, the park’s high elevation, which ranges from 6,450- to nearly 7,800-feet above sea level, creates other concerns. As Ulbricht notes, “It isn’t easy. The air is a lot thinner. We recommend people try to prepare and be in condition.”

That’s not always true. Ulbricht says a group of four Chinese visitors decided they wanted to participate. There was one hitch — none had ever been on a bicycle. They practiced in the parking lot and then rode the entire distance.

Riding the rim is made easier because several aide stations are located along the route. Along with giving participants a chance to catch their breath and enjoy views, the stations offer free beverages, restrooms, basic bike repairs and snacks, including donations from such sponsors as Clif Bars, Jimmy Bars! and Laird’s Superfood. REI will provide mechanics to help with possibly bicycle repairs at the Cleetwood Cove stop. Other sponsors include the Sky Lakes Medical Center, Travel Oregon, Travel Southern Oregon and Pacific Power.

Ulbricht saves her highest praise for the Friends of Crater Lake, a group of volunteers that also helps with trail maintenance projects and staffs a winter information desk. She estimates 75 to 80 percent of the Ride the Rim volunteers are Friends members, including many from around the nation. Among the volunteers is Dave Panabaker, who worked at Crater Lake in the 1970s, was instrumental in introducing cross country skiing, and makes the annual visit from Missouri.

Faraway visitors are common. According to Ulbricht, of the 2,200 people who registered by late August for this year’s event, 14 are from three countries other than the U.S. while others are from 32 states.

“I’m just surprised every year that so many people are coming from all over just for the Crater Lake Ride,” she admits, adding, “Don’t just come for the ride because there are so many other things to do.”

For people staying in the Klamath Basin, that includes pre-Ride no-host carbo-loading dinners at Biagio’s Bar & Grill in Klamath Falls. “The idea is to get bicyclists together. It’s a family friendly atmosphere.” Other Klamath Falls events include the annual Klamath Independent Film Festival and the Klamath Basin Oktoberfest at the Bill Collier Community Ice Arena.

Discover Klamath’s involvement is also aimed at drawing overnight visitors to the Klamath Basin and Southern Oregon. Of this year’s early registrants, 46 percent plan to overnight in Klamath Falls, with about half camping or RV’ing and the other half staying in motels, B&Bs or vacation rentals. Another 8 percent are staying in other area of Southern Oregon. Ulbricht and Jim Chadderdon, Discover Klamath’s executive director, say that translates to $1.25 million to $1.75 million in economic benefits.

But Chadderdon and Ulbricht emphasize the goal is to give people, whether walkers, runners or bicyclists, a chance to view Oregon’s only national park. As Ulbricht says, “It’s a unique opportunity to enjoy and experience Crater Lake.”

West Rim Drive from the North Entrance Junction to Munson Valley will be closed to motor vehicles from 8 a.m. to 6 p.m. on Saturdays Sept. 14 and 21 for the Seventh Annual Ride the Rim.

Because of traffic along Rim Drive, which is a windy, extremely narrow road, bicyclists are not encouraged to ride the nine miles from Munson Valley to the North Entrance Junction. "We really don't want people on the West Rim Road," emphasizes Tonia Ulbricht, senior marketing manager for Discover Klamath.

Ulbricht encourages people to get an early start, ideally from 8 to 11 a.m., because afternoon temperatures drop significantly at the high elevation park. "The earlier you can start the better," she urges.

Bicycle rentals are available outside the park, including Zach's Bikes in Klamath Falls, Sky Lakes Wilderness Rentals in Chiloquin, and Hutch's Bicycles in Bend and Redmond. Tall Town Bike and Camp in Lakeview also rents bicycles and, with advance arrangements, will deliver them to the park.