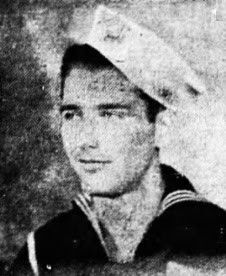 The remains of Warren Gillette, a navy seaman and Klamath Falls native killed during the attack on Pearl Harbor, have been identified by federal scientists and will be laid to rest in Oregon in July.

The remains of Warren Gillette, a navy seaman and Klamath Falls native killed during the attack on Pearl Harbor, have been identified by federal scientists and will be laid to rest in Oregon in July.

A Klamath Falls native who was killed at Pearl Harbor and whose remains were believed to be lost, has been identified by federal scientists and will be laid to rest in July.

Warren Gillette, a first class Navy Seaman, was 21 years old when he was sent to the island of Oahu in Hawaii to serve on the USS Oklahoma, a U.S. battleship once moored at Fort Island, Pearl Harbor.

Gillette, along with 429 of his fellow crew members, was killed after Japanese planes attacked the ship on Dec. 7, 1941.

The Oklahoma was hit with multiple torpedoes, causing it to capsize quickly. The surprise attack on Pearl Harbor led the United States to formally enter World War II the next day.

Between December of 1941 and June 1944, Navy personnel worked to recover the remains of those lost during the attack, but Gillette’s remains were classified as non-recoverable.

Then, in 2015, the Defense POW/MIA Accounting Agency (DPAA), a branch of the United States Department of Defense tasked with recovering U.S. military personnel listed as prisoners of war or missing in action during conflicts in the past, was able to identify Gillette.

The DPAA employed anthropological analysis and worked with scientists from the Armed Forces Medical Examiner System to find Gillette's remains.