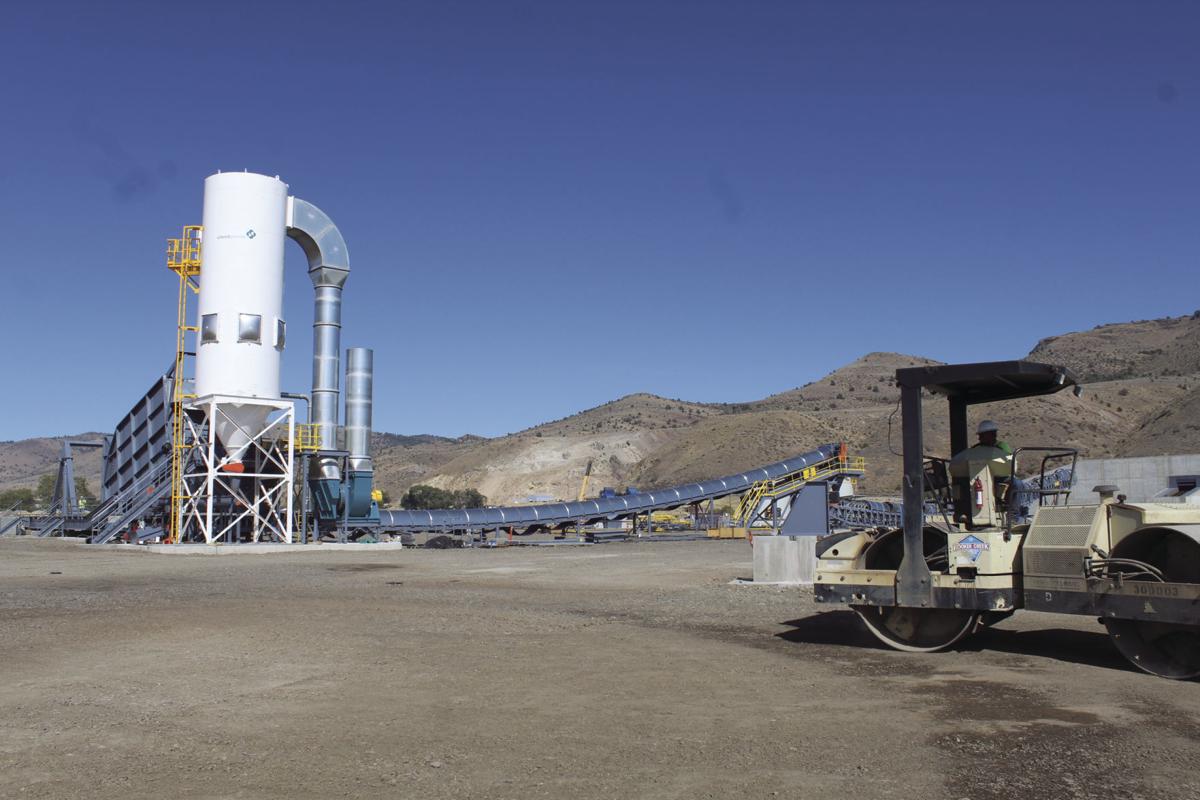 Construction continues on the Red Rock biofuel facility in Lakeview, which when operations begin in Spring 2020 will produce 15 million gallons of diesel and jet fuel annually by gasifying woody biomass waste products like sawdust and harvested forest fuels from thinning projects. 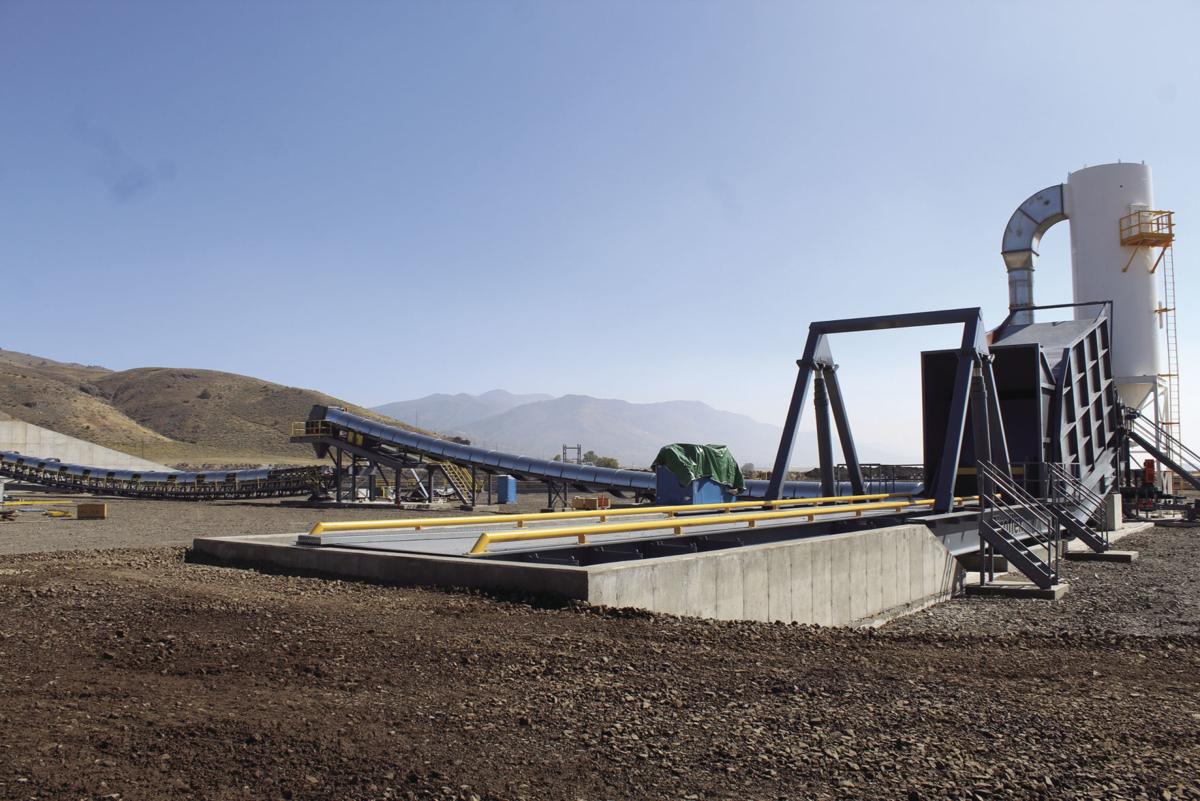 A truck-loading area takes shape at the ongoing construction site of Red Rock Biofuels, a massive renewable energy project in Lakeview slated for completion in Spring 2020 that will produce millions of gallons of diesel and jet fuel from woody biomass and waste products.

Construction continues on the Red Rock biofuel facility in Lakeview, which when operations begin in Spring 2020 will produce 15 million gallons of diesel and jet fuel annually by gasifying woody biomass waste products like sawdust and harvested forest fuels from thinning projects.

A truck-loading area takes shape at the ongoing construction site of Red Rock Biofuels, a massive renewable energy project in Lakeview slated for completion in Spring 2020 that will produce millions of gallons of diesel and jet fuel from woody biomass and waste products.

LAKEVIEW — Emerging like a phoenix from the ashes of a failed renewable energy project gone awry, Lakeview is already seeing economic benefits from the development of an over $320 million renewable fuels facility now under construction.

Once a town dominated by the timber industry, with as many as seven sawmills operating simultaneously, Lakeview has been reduced to just one mill, which itself has curtailed operations several times. Lake County appeared to be shifting toward becoming Oregon’s leading source of renewable energy when almost a decade ago in addition to geothermal and solar projects, Iberdrola Renewables began construction of a $100 million biomass facility in Lakeview. However in 2011 the project came to a sudden halt, and the promise of as many as 250 jobs in a community of only 2,000 quickly disappeared with it.

Around the same time that the Irberdrola project collapsed, Red Rock Biofuels was founded in Colorado with the intent of creating renewable fuels facilities by converting woody biomass and forest waste products into low-carbon fuels. By 2013 Red Rock had set its sights on Lakeview, thanks in large part to the groundwork and studies that had already been completed by Iberdrola.

Lakeview had an operating railroad line, a nearby natural gas pipeline that could be tapped, extensive studies already completed on the feasibility of a renewable energy plant in the area, and a surplus of woody biomass from forest thinning projects and wood bi-products to sustain a facility.

After nearly seven years of extensive negotiations, contracts in place to provide fuel to the military and private companies, and $245 million in bonds approved by the state of Oregon in January – construction is well underway on Red Rock Biofuels facility. Much of the infrastructure is now in place on the south end of Lakeview off Kadrmas Road, and with two job fairs recently completed for an estimated 100 jobs that need to be filled for facility operations, transportation, and materials collection; Red Rock is edging closer toward becoming a reality.

Across Lakeview housing has gone from abundance to scarce in only a couple years, RV parks and hotels are at capacity, and the community is being as accommodating as possible for the influx of construction workers building Red Rock Biofuels. The 26-acre site is expected to be operational by Spring 2020, and once at full capacity capable of generating 15 million gallons of low-carbon jet fuel, diesel fuel, and naphtha.

The facility not only means jobs currently in its construction, but a likely population boom as the community simply does not have enough able-bodied jobseekers to fulfill the demand for labor. That means a need for new housing, more kids in schools, and spouses likely opening boutique businesses. Plus, there are the tax benefits – the Town of Lakeview collecting $200,000 and the County receiving $46,000. A portion of the Town’s tax benefits will also be dedicated to funding local museums.

“Red Rock being here would not have happened without the help of the Regional Solutions team,” said Lake County Commissioner Brad Winters. “Kadrmas was a county road, the town took that in. Red Rock had to work with private landowners to take it out of the urban growth boundary. There were state lands and agencies there, and it took everyone being at the table to move this project forward.”

Red Rock will operate utilizing a method of synthetic fuel production first engineered by Germany during World War II known as the Fischer-Tropsch process. By heating woody biomass such as tree limbs, sawdust and pine needles to 1800 degrees in an oxygen-free environment, the materials convert to a gas that is placed in long hydrocarbon chains. Those chains are then run through a hydrocrack and cut into fuel.

The process is already utilized around the world on coal and natural gas, but Red Rock’s approach of using waste products is a new concept that will help with forest health by reducing fire fuels and reduce carbon footprints that adversely impact climate change. Around 136,000 tons of waste will be processed at the facility annually, creating millions of gallons of fuel to be sold to Southwest Airlines, FedEx, and the U.S. military.

“This bio-refinery marks a turning point,” said Red Rock CFO Jeff Manternach at last year’s groundbreaking ceremony. “It will keep our forests healthy by using waste biomass before it burns up. It will help this mill town continue to be a place where things are made. Critically, it will provide renewable low-carbon fuels to combat climate change.”

Overseeing construction of the facility is Terry Freeman, a veteran of the construction industry who has seen just about everything in the business, but referred to Red Rock as, “one of the harder jobs I’ve ever worked on.”

A new railroad spur is being built that will unload fuel onto rail cars, as well as a six-inch natural gas pipeline to tap into the Ruby Pipeline near Lakeview. The gasification facilities are being pre-fabricated off-site and will begin arriving on skids next month. Concrete work is expected to be completed by December. Despite some hiccups, including a redesign of the gasification area and a flooding of the site following last spring’s exceptionally wet weather, the facility is on track to be finished by March and operational by April.

“We are cruising through right now, we don’t have a crystal ball but we’ve built contingencies into the schedule for weather and other factors,” said Freeman. “Last winter it flooded, so we have taken precautions so that won’t happen again, but now we are going to have to deal with cold weather. We are trying to mitigate issues, but right now nothing is stopping us.”

Staying on schedule hasn’t always been easy. There have been long weekends and evening work crews to stay on Freeman’s critical path schedule, and it has been common for concrete pours to start as early as 2 a.m.

“We are working 70 people right now, that number is just going to keep going up as we head into the winter,” added Freeman. “There are only so many tradesmen in Lakeview, I try to keep the local guys working on smaller stuff that can fit their schedules, which takes pressure off the big contractors. The community has been incredibly supportive.”

Additionally, Freeman praised Anderson Engineering & Surveying in Lakeview for joining the project to handle civil work and surveying on site. “Local contractors, from electricians to concrete, have been instrumental in getting this built,” said Freeman.

With other projects ongoing in the region, including solar developments, Red Rock has pulled in crews from Klamath Falls and Medford to work on the site.

“The crews have been great, we really lucked out and got some great crews here,” added Freeman. “They have fought through stuff and held schedules, and we are actually accelerating schedules now.”