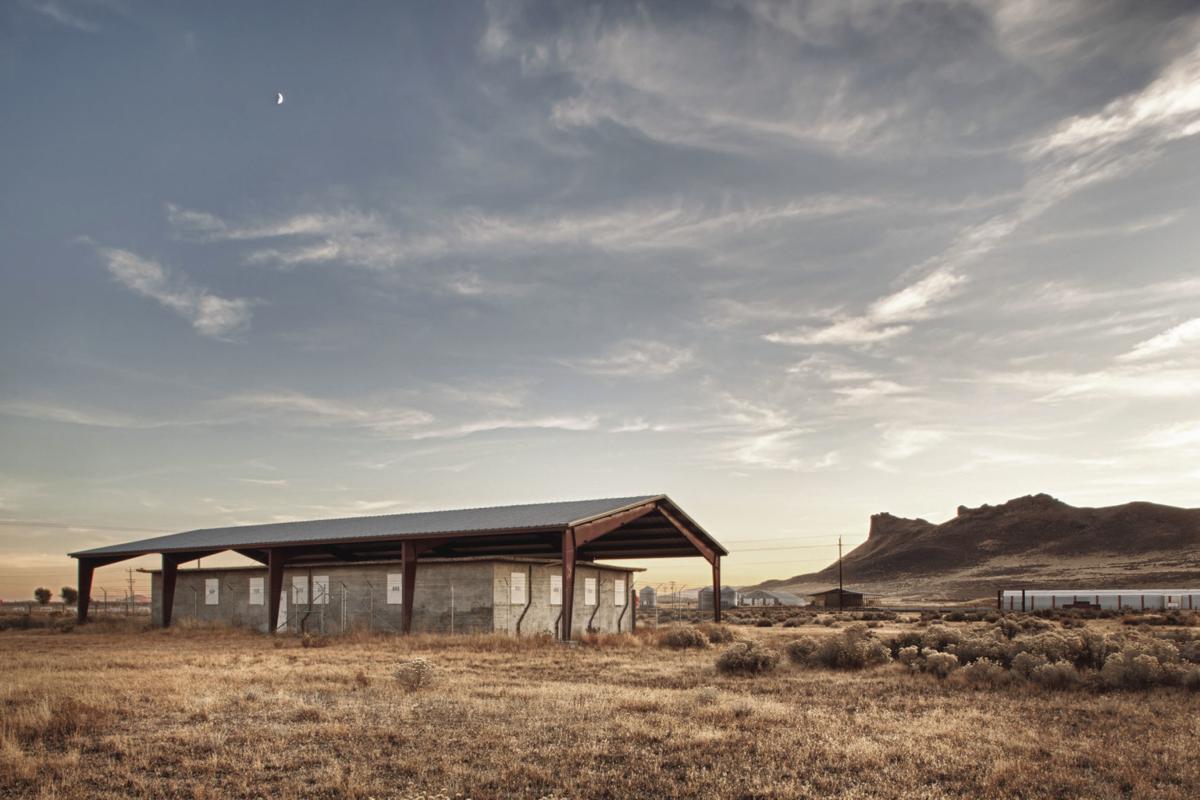 Upgrades and repairs to the Tule Lake National Monument jail, one of the site’s few remaining buildings, began last August. 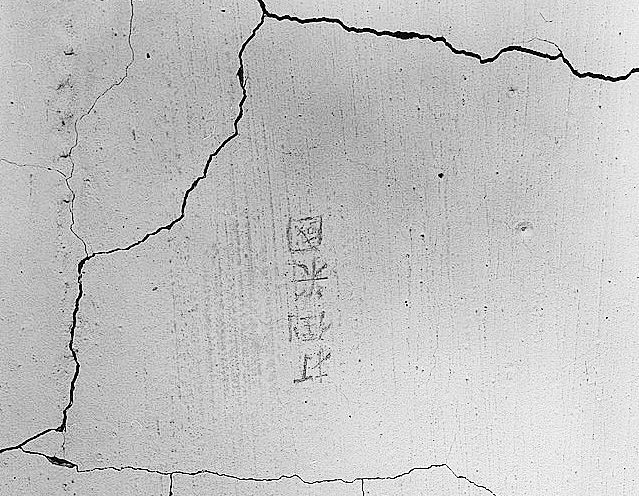 Graffiti done by prisoners incarcerated inside the Tule Lake Project Jail is seen in this photo taken after World War II as part of the Historic American Buildings Survey. 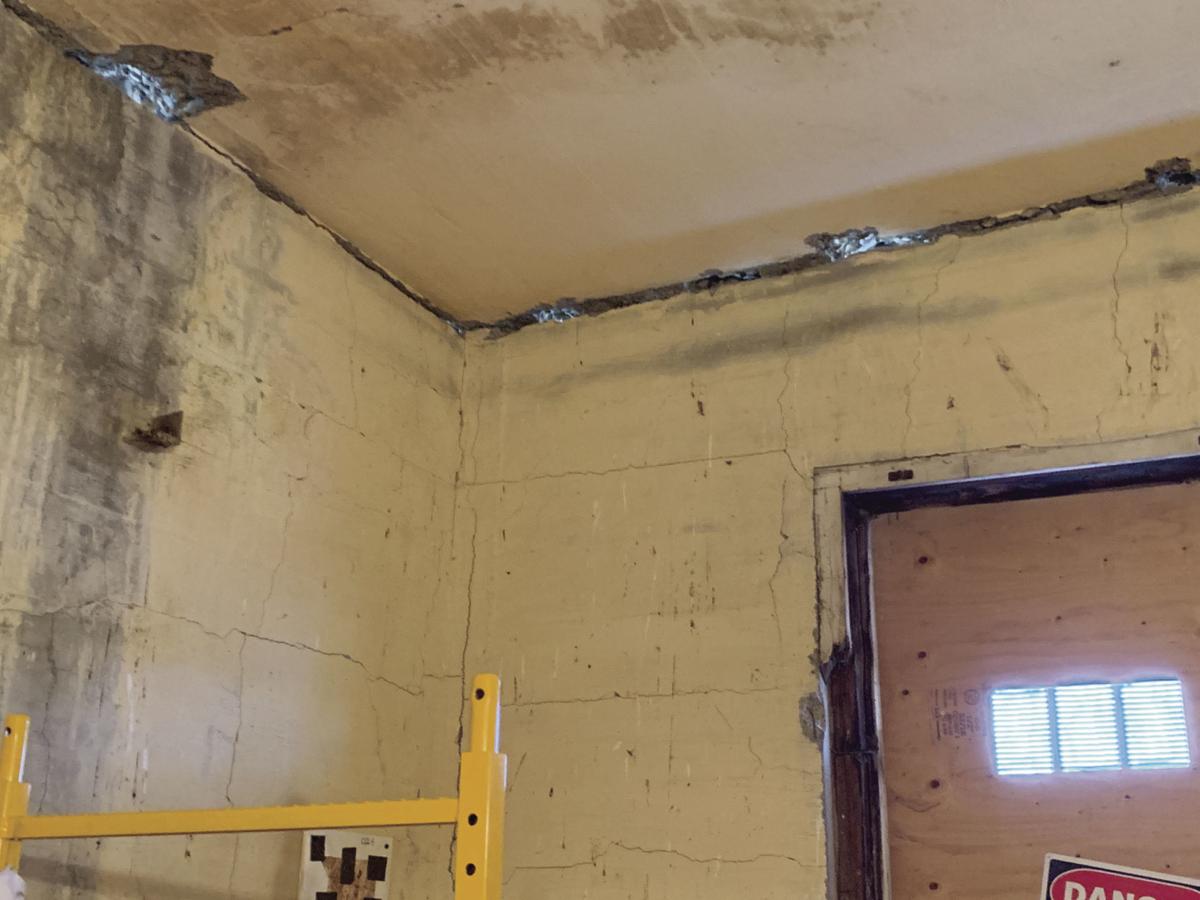 Upgrades and repairs began last August at the Tule Lake National Monument jail, this crack is seen before work was completed. 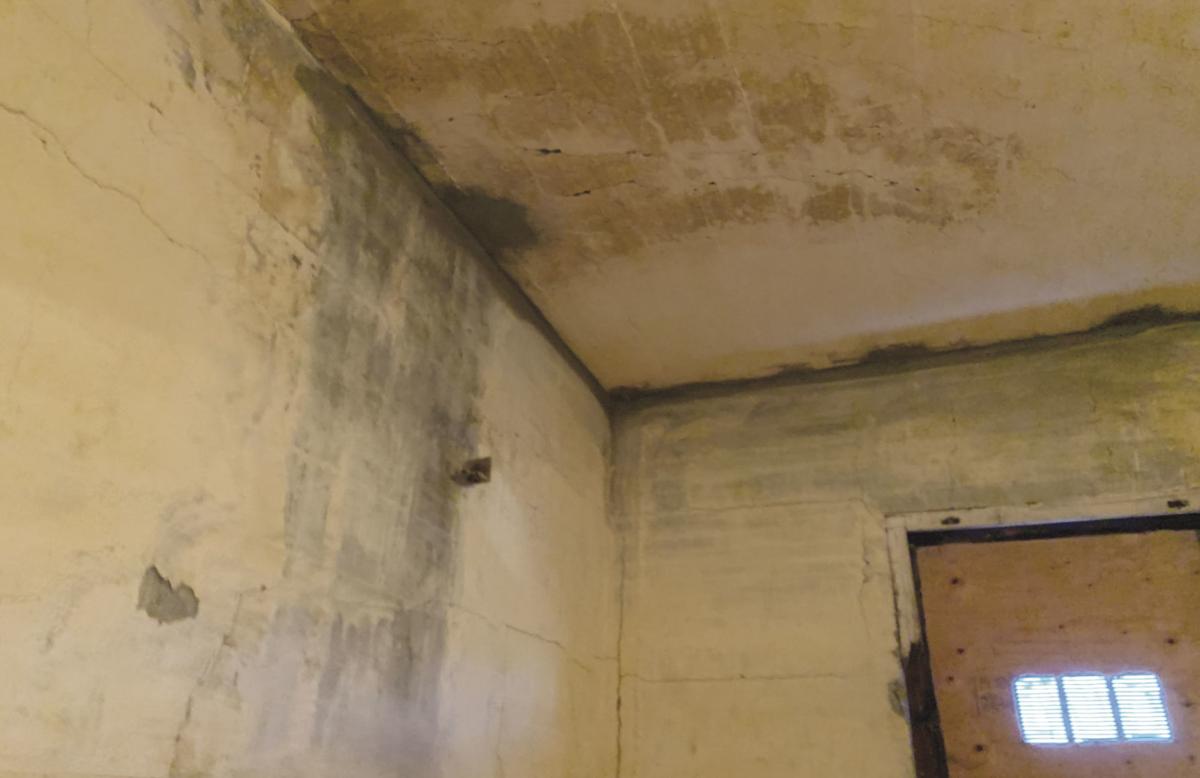 Upgrades and repairs began last August at the Tule Lake National Monument jail, such as this crack seen after work was completed. 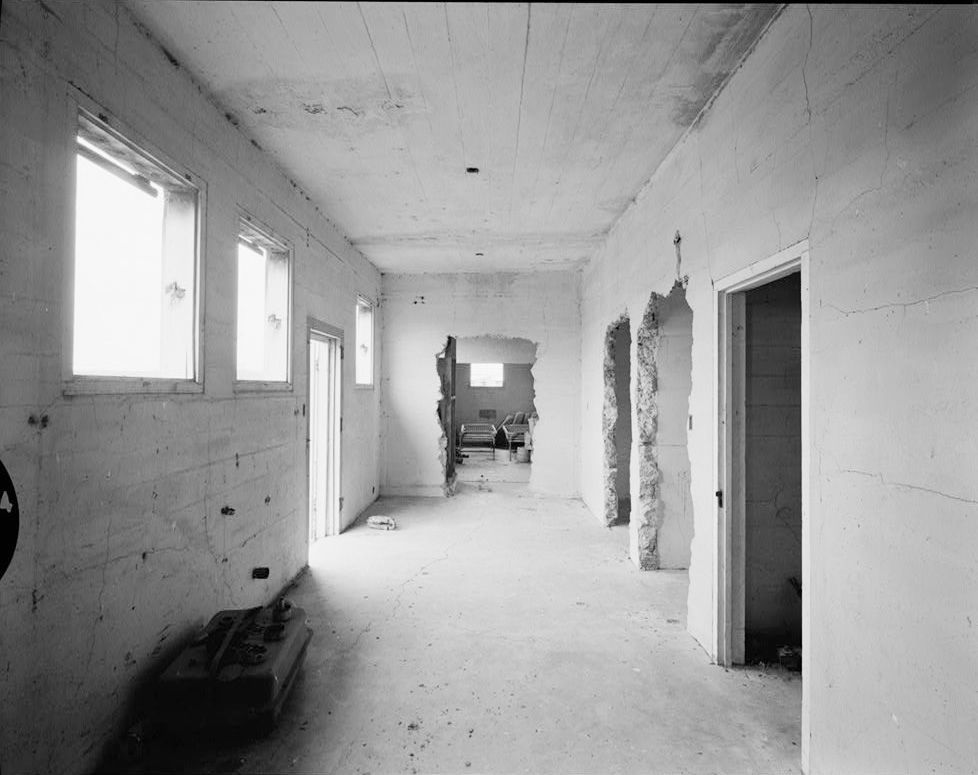 A view of the inside of the Tule Lake Project Jail taken after World War II is seen in this photo.

Upgrades and repairs to the Tule Lake National Monument jail, one of the site’s few remaining buildings, began last August.

Graffiti done by prisoners incarcerated inside the Tule Lake Project Jail is seen in this photo taken after World War II as part of the Historic American Buildings Survey.

Upgrades and repairs began last August at the Tule Lake National Monument jail, this crack is seen before work was completed.

Upgrades and repairs began last August at the Tule Lake National Monument jail, such as this crack seen after work was completed.

A view of the inside of the Tule Lake Project Jail taken after World War II is seen in this photo.

2019 was a good year for what is now the Tule Lake National Monument and steps are moving forward to make more visible improvements this year.

“We finally got to see a lot of things we were hoping and planning for move ahead. Now we’re getting to see those things we’ve planned for actually happen,” said Angela Sutton, interpretative park ranger for the Tule Lake and Lava Beds National monuments.

Tule Lake had been known as the Tule Lake Unit of the World War II Valor in the Pacific National Monument since being created by executive order by President George W. Bush in 2008. It became a national monument following legislation passed by Congress and signed into law by President Donald Trump on March 12, 2019. As park officials have emphasized, the act and name change does not change how the site will be managed. Recommendations approved in the 2018 general management plan (GNP), which does not propose an expanded land base, will be followed.

“We’re still following our GNP,” Sutton said, noting the 20-year plan will be completed in five- to seven-year phases and is in phase one.

Sutton said the re-designation will result in new signs and updated interpretive materials. Upgrades and repairs to the Tule Lake jail, one of the site’s few remaining buildings, began last August. She said contractors are making “great progress” on repairing and preserving the structure.

“It’s a really big project,” she said of the jail repairs, which includes stabilizing the 70-plus year-old structure. “The contractors have been really great.”

Among the tasks include cleaning years of dirt and bird dropping off of the interior walls while carefully preserving and protecting the historical graffiti made by Japanese American jail prisoners. Larry Whalon, superintendent for both Tule Lake and Lava Beds, said the interior cleaning has revealed previously unseen graffiti, something “that didn’t surprise me.”

In addition, crews are adding concrete to the former prison to repair cracks, including a section where the wall and roof were separating, and repairing the roof eaves. Electrical and propane lines to the building will provide future lighting and heat. Sutton said the jail’s historic cell and hallway doors and bunks are being cleaned and restored before being reinstalled. Window and other fixtures will be added in coming months.

Whalon said two jail cells will be displayed to match their conditions when the jail was operating, noting, “We just want people to feel the starkness.”

Sutton said the large metal roof that was erected over the jail several years ago to help protect it will be removed and, as the weather improves, upgrade efforts will shift outdoors. “Now we’re getting ready for the outdoor work,” Sutton said.

She had no estimate of the cost for the work but said it is being paid for from National Park Service entrance fees. Tule Lake is a fee-free park so the work is being funded from an NPS program that allows smaller parks and NPS sites to compete for a percentage of fees collected from parks that charge admission.

The jail is normally open for ranger-guided tours during the summer, usually after Memorial Day. Tours are offered other months, if staffing is available. “Right now, I don’t know when tours will resume,” Sutton said.

Whalon said the jail is expected to be open at least temporarily during this summer’s Tule Lake Pilgrimage. The pilgrimage is held every two years in early July. Most programs are held at Oregon Tech in Klamath Falls along with visits to the former incarceration site.

Another major development that’s part of the GMO’s phase one plan is converting the historic camp structure known as the “Ditch Rider House” into the park’s first-ever on-site visitor contact station. Located along Highway 139 near the jail, Sutton and Whalon said the building is undergoing significant upgrades, such as replacing flooring; installing new walls, windows, siding and a new roof; adding new electrical and communications lines; and eventually installing interpretive exhibits.

“We’re hoping for maybe this summer but it’s too early to know,” Sutton said of an opening date for the visitor center.

“We want to have a few offices, a display area and restrooms,” Whalon said of plans for the Ditch Rider House.

A long-standing dispute involving people incarcerated at the segregation center and the Japanese American Citizen League was received last August during the organization’s national convention. Sutton attended as a panelist for “NPS Parks and Partners: Successes, Best Practices, and Opportunities.” During the conference, JACL members discussed and voted on an apology to the “Tule Lake Resisters,” people who protested being at the camp and questioned the constitutionality of being incarcerated. The JACL had previously passed a resolution that officially ostracized the protesters but, following nearly three hours of debate and discussion on wording, voted to change language in the resolution.

Historically, the JACL has been critical of people at Tule Lake who refused to sign a controversial “loyalty” questionnaire and those who opposed being drafted into the military because they believed they were illegally incarcerated. “It was a pretty amazing thing to see and hear,” Sutton said of heated and emotionally charged discussion.

'Jail within a jail'

The Tule Lake National Monument includes a portion of the Tule Lake Detention-Segregation Center, one of 10 camps nationally where Japanese Americans from the West Coast of the U.S. were incarcerated during World War II. The monument also includes The Peninsula and Camp Tulelake. Between 1942 and 1946, more than 29,000 people of Japanese ancestry, two-thirds of them U.S. citizens, were incarcerated at Tule Lake, the largest camp and the only one later designated as a segregation center.

Tule Lake, which included a jail used to detain dissident leaders, was in use from late 1944 until it closed in 1946. After it was abandoned, the jail deteriorated from aging and weathering. A freestanding shelter erected by the California Department of Transportation (CalTrans) in 2004 protected the building from the elements before and after its transfer to the National Park Service in 2008. Beginning in 2013, the then-Tule Lake Unit worked with the Tule Lake Committee to prepare a plan for its restoration. The building is significant as a “jail within a jail” and is the only remaining jail in the 10 camps.