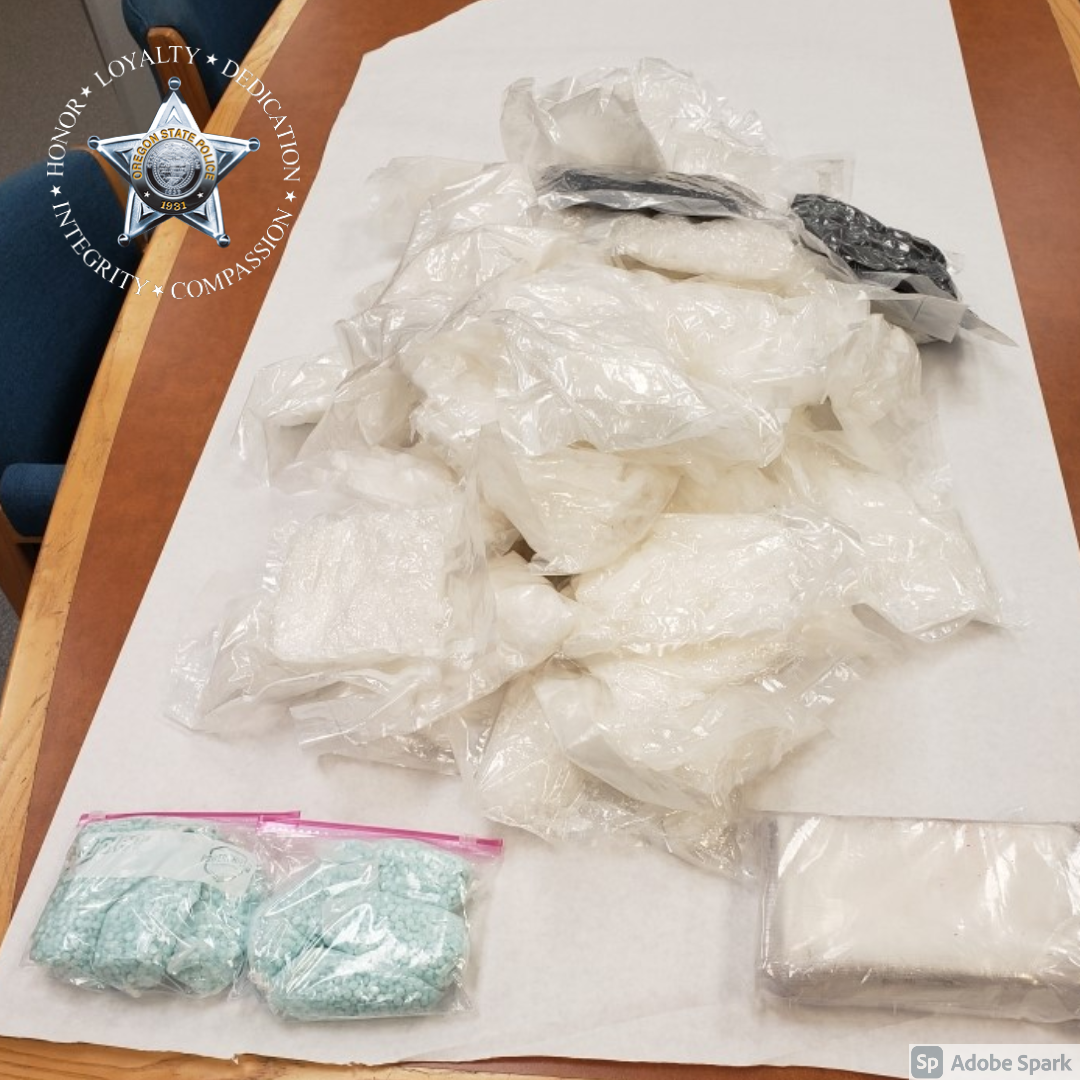 Oregon State Police found over 55 pounds of methamphetamine in a traffic stop over the weekend. 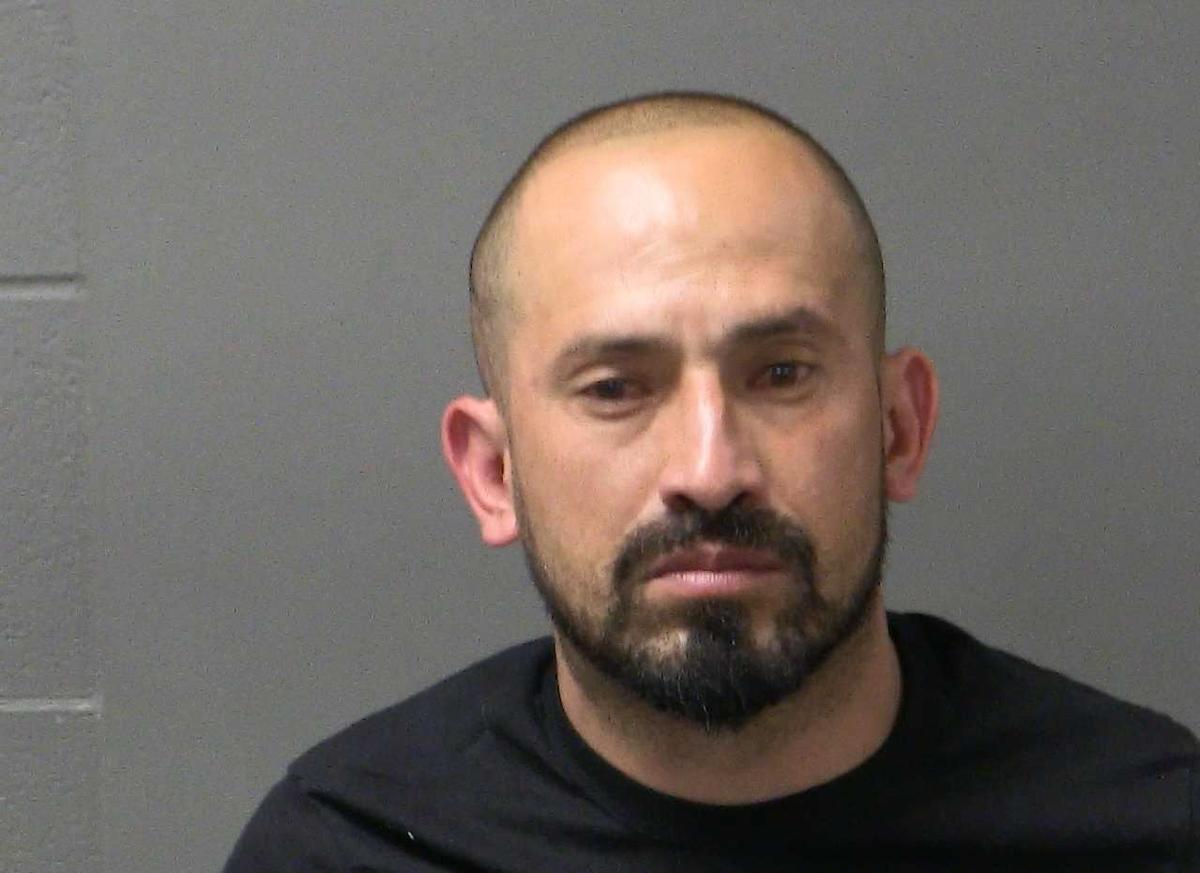 Oregon State Police found over 55 pounds of methamphetamine in a traffic stop over the weekend.

Oregon State Police found more than 50 pounds of methamphetamine during a traffic stop on Saturday, the second large drug bust made by troopers in Klamath County this month.

Just after 7 p.m. on June 19 an OSP trooper pulled over a vehicle on Highway 97 near Hagelstein Park. The trooper noticed “factors consistent with drug trafficking” and conducted a consent search, court documents show.

The search of the vehicle yielded nearly 55.1 pounds of methamphetamine, 2.2 pounds of cocaine and nearly 1,027 grams of pills suspected to be fentanyl, OSP said in a release.

Earlier this month, OSP found 87 pounds of methamphetamine in a similar traffic stop and search.

According to a probable cause statement, Ponce Gonzalez was also in possession of two false IDs from Mexico, which he allegedly used to identify himself during the traffic stop.

Ponce Gonzalez was lodged in the Klamath County Jail on a $500,000 bond. He appeared in circuit court Monday and will have a preliminary hearing on June 28 at 1:30 p.m.