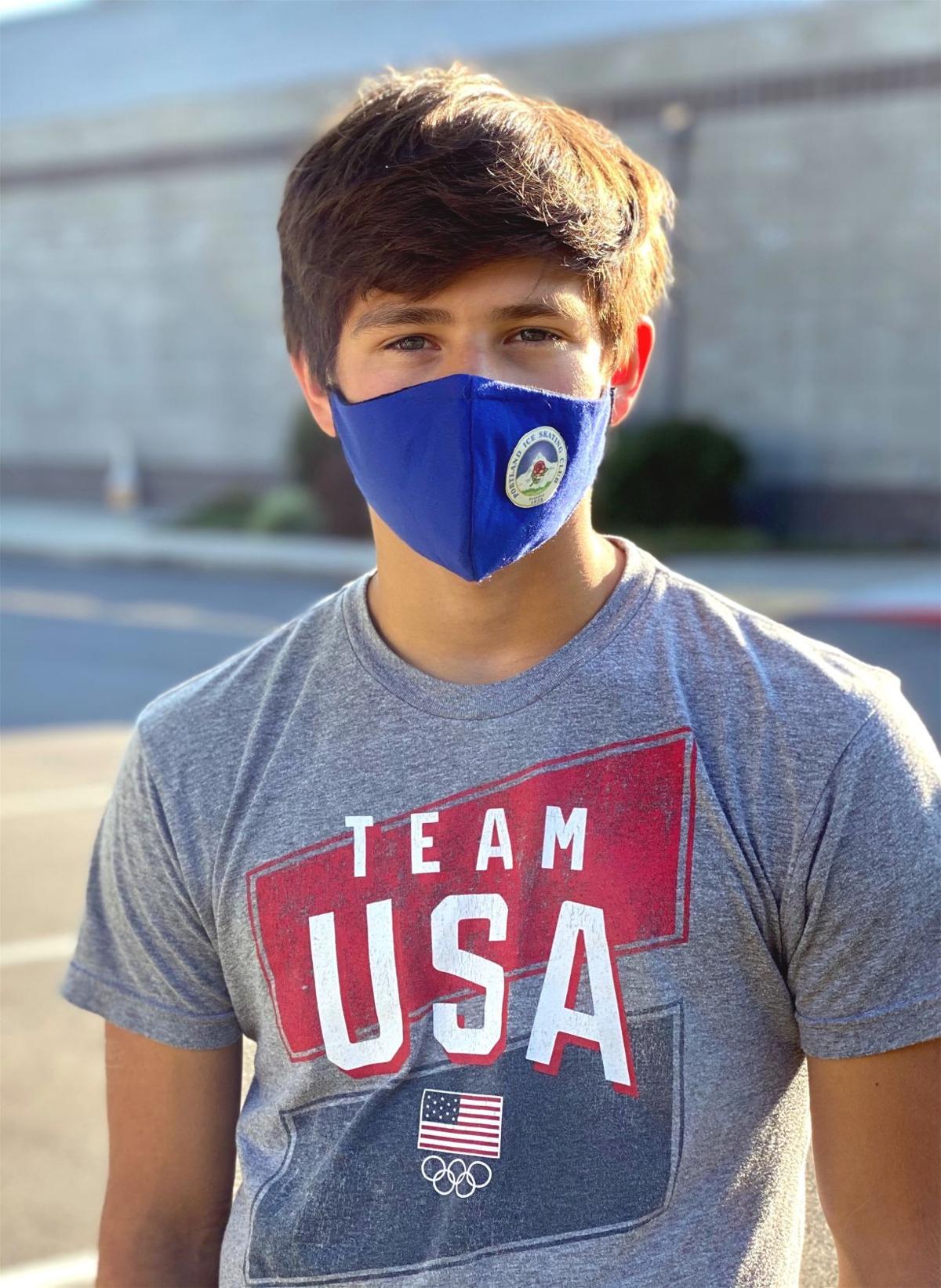 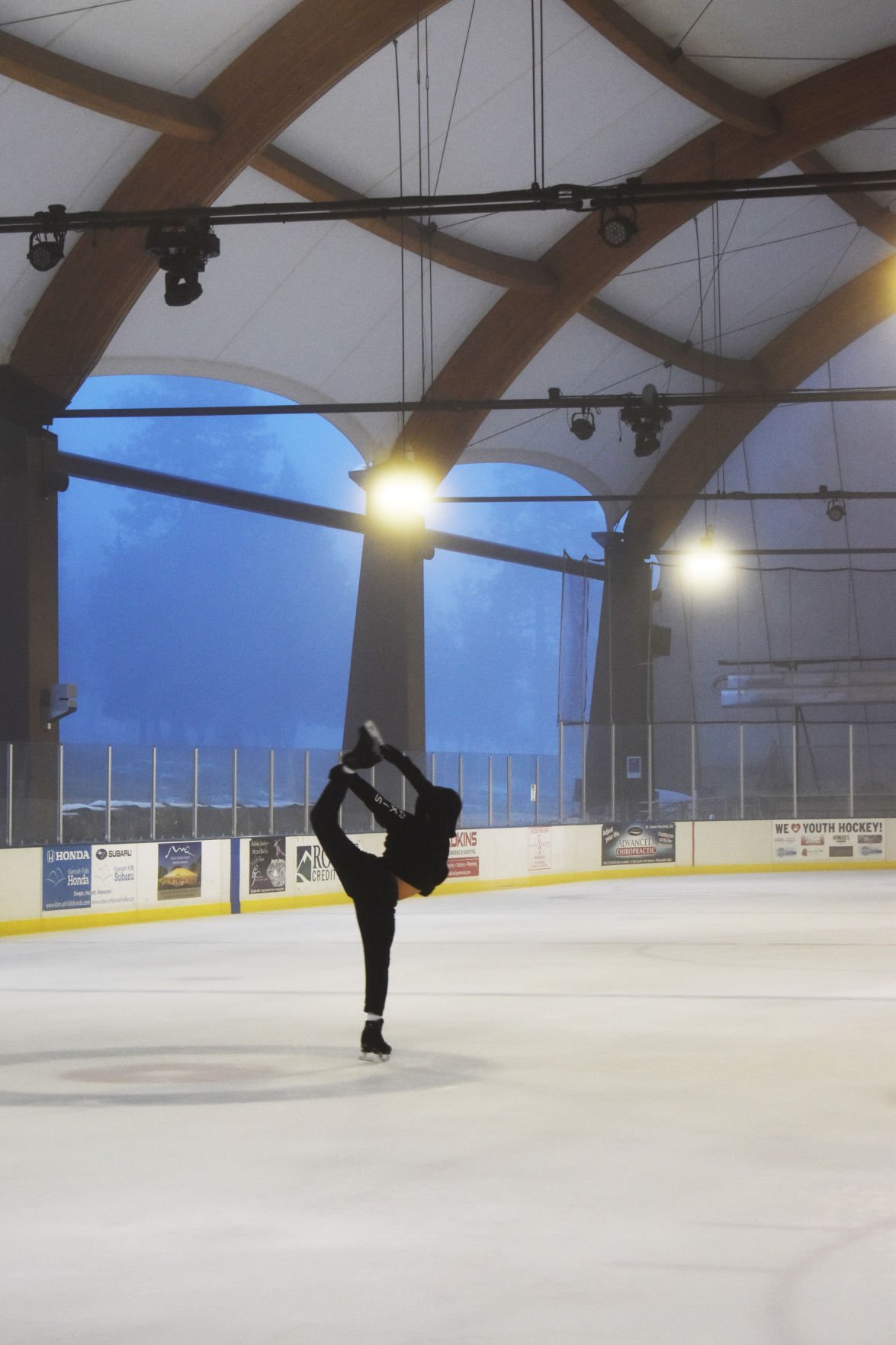 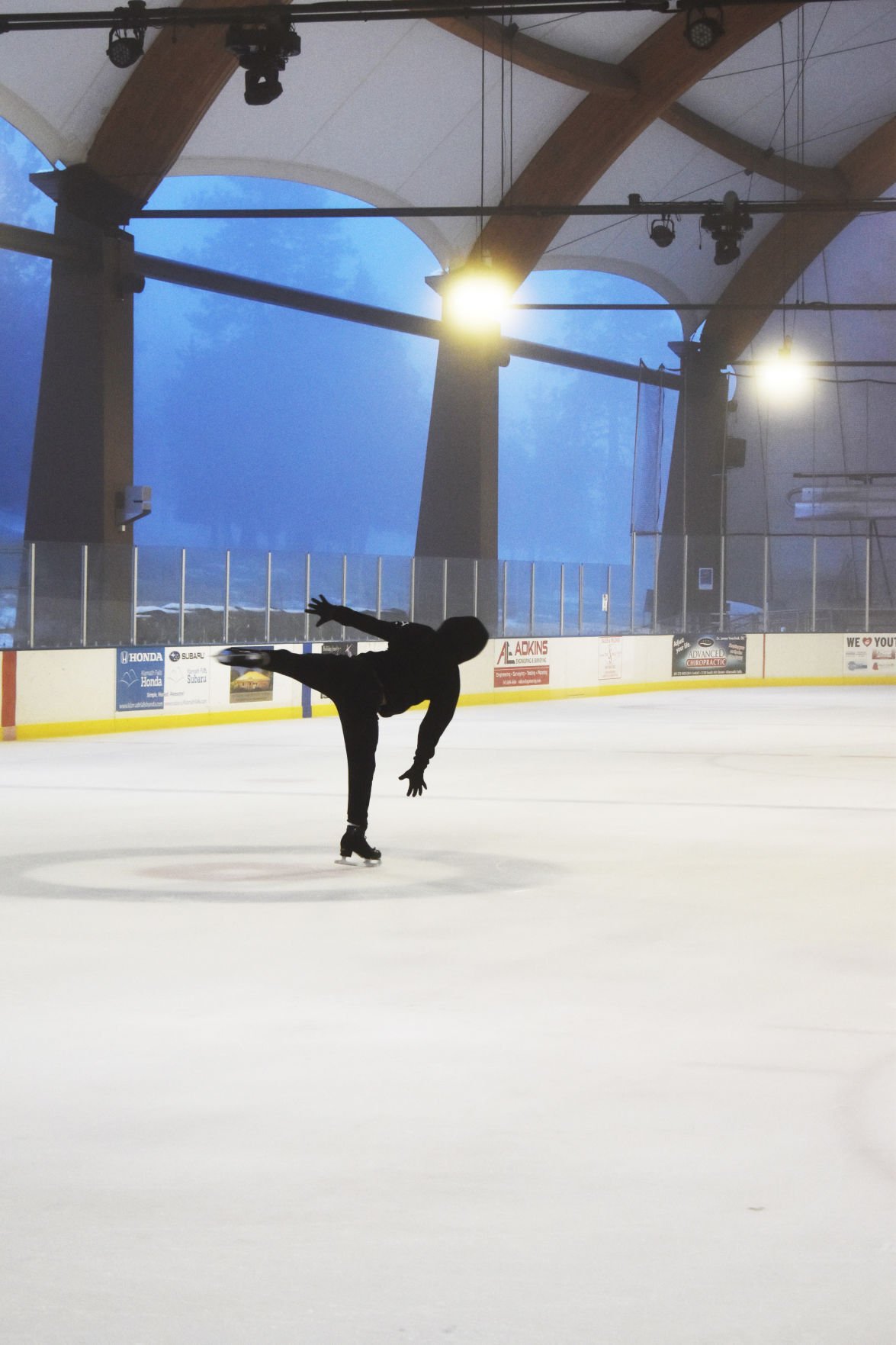 After months of traveling to ice skating rinks around the northwest, Samuel Mindra returned to Bill Collier Ice Arena at the Running Y Resort to complete his final training for the U.S. Junior Figure Skating Championships.

The fate of the championships was up in the air as other major sports contests, like the 2020 summer Olympics, had been postponed. But Mindra, 17, of Happy Valley, kept training. He went wherever the ice was, in hopes of skating at the championships for the fourth time.

Qualifiers for the national championship took on a last-minute virtual format in which skaters submitted videos of their routines, which were observed by a proctor. In-person qualifier competitions were canceled a week before they were scheduled to take place.

Instead, Mindra filmed his submission at the Bill Collier Ice Arena, and received the third highest score in his division out of 33 skaters across the country. He will be one of 144 competitors at nationals.

He had some company throughout the week though, as other students of his coach, Mari Malama, came to Klamath to train and film their submissions here.

The virtual submission format was challenging for Mindra. It was hard to get into a competition mindset without the hustle and bustle of a big event. Malama said it was weird seeing other submissions of skaters who filmed their entries during an open session with others on the ice. At Bill Collier, Mindra got private time with the rink all to himself.

“This season was definitely something to learn from,” Mindra said. “The time and the ice time is really valuable, and whenever you have it, you better use it before it goes away.”

Restrictions meant to slow the spread of COVID-19 forced the closure of his hometown ice rink, the Sherwood Ice Arena, along with many others throughout the state. When the Sherwood arena was able to reopen for a period over the summer, prices were too high for Mindra to be able to afford the hours or private ice time he needed to train for qualifiers.

Instead, he took off to Colorado Springs to train at the Olympic Training Center. Then he went to Tacoma for a few months before that rink closed in November.

Mindra was familiar with Bill Collier Ice Arena after performing in the Winter Skate-tacular ice show last February. Coach Malama said she noticed the way Mindra fed off the outdoor energy of the Klamath rink and the woodsy nature surrounding it. He was able to focus when filming his qualifying routine in a new way.

“I can tell that he skates better here, he’s more motivated,” Malama said. “Because he’s that kind of kid where he loves being outside. We’ve been all over the place to find ice, and I know him because I’ve been working with him since he was 10, so seeing him out here, he pulls energy from his surroundings.”

Similar to the NBA’s strategy to prevent athletes, coaches and others from spreading COVID-19, Las Vegas is employing a “bubble” strategy for the figure skating championships. Mindra and his coach, Mari Malama, will be tested for COVID-19 when they get to Las Vegas next week and can only travel between the rink and the Orleans Hotel, where the teams are staying. They will have meals brought to them.

The competition will have no spectators. And since Mindra is under 18, he was able to bring one guest: his sister.

At last year’s national’s he placed in the top ten for the Junior Men’s division. This year, he’s got his sights set on earning a step on the podium. That’s if the “bubble” system is successful and Mindra is able to compete next week.

“We’re still, even when we get there, who knows?” Malama said. “The competition starts this week with the seniors, so if something goes wrong, then there’s no competition for us.”

She said there have been recent announcements “from different rinks where people are training and people withdrawing because they’ve been exposed,” Malama said. “And these are like top teams and everything.”

While he puts the finishing touches on his routine before nationals, Mindra also carries concern for the future of the sport in Oregon and the U.S. as a whole.

“I hope the governor modifies her rules and allows rinks to open soon because kids need outlets like skating to keep healthy,” he said. “That’s the whole reason I started skating in the first place – to have fun and get exercise.”

After nationals, Mindra plans to continue honing his skills and continue coaching other kids in the sport he’s found so much success at.

“My journey hasn’t been the smoothest, but skating has definitely taught me the importance of patience,” he said. “There is always something new to master in this sport and the road to perfection is endless.”

The U.S. Figure Skating Championships will be on NBC and NBC Sports live Jan. 14 through 17. The Junior divisions can be streamed on Peacock Premium. Mindra is scheduled to compete beginning Jan. 20.