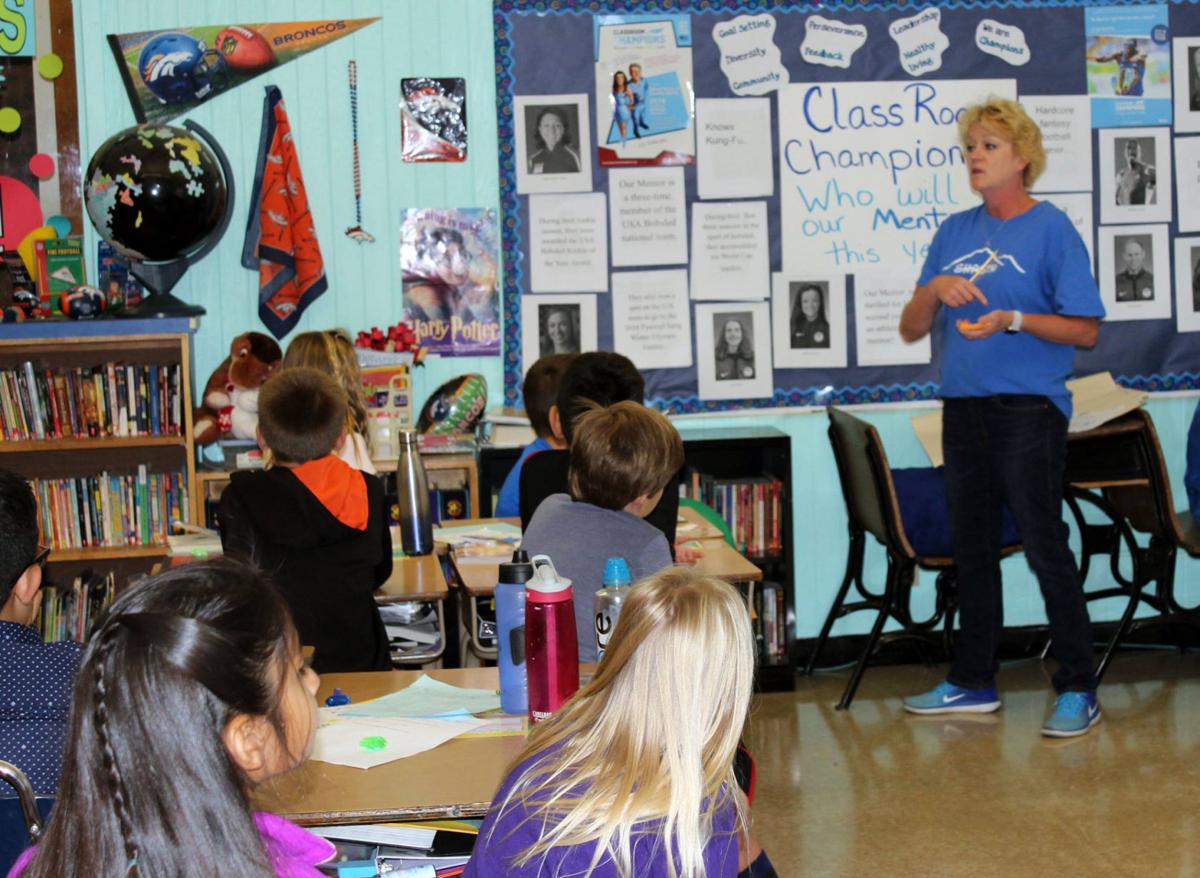 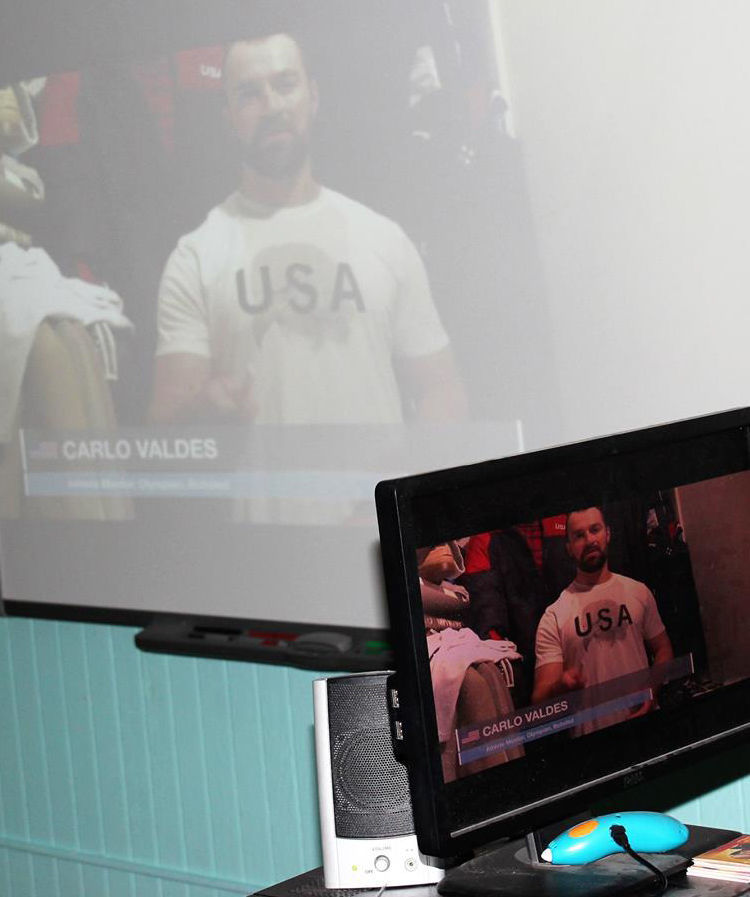 For the past three weeks, fourth-graders in Dena Morosin’s Shasta Elementary School class have been trying to guess the name of their “classroom champion.”

They’ve had some clues: He is a hardcore fantasy football fan. He is good at kung fu and has a Bachelor of Arts degree in history from UCLA.

Morosin gave students one final chance to guess last week before she announced, “Our mentor has sent us a video. Are you ready?”

The wait was over. Carlo Valdes, a member of Team USA Bobsled in the 2018 Winter Olympics in PyeongChang, South Korea, via video introduced himself to the waiting fourth graders. He will be talking to them by video – and also by live chat – throughout the school year, helping them with life lessons such as goal setting, community service, leadership and perseverance.

“I’m going to try to guide you to be the best person you can be,” he told the class.

This is the third year Morosin has applied for and participated in Classroom Champions, a nonprofit organization which partners Olympic and Paralympic athletes with students and teachers. The Shasta Elementary School class is one of 240 classrooms worldwide that got chosen for the program.

The Champions’ athlete-mentor shares life lessons with students through monthly video lessons and two livestream interactive chats, during which students can ask their mentor direct questions.

The structured lessons include goal setting, diversity, community service, perseverance, leadership and healthy living. Morosin’s class will discuss goal setting with Valdes next month. This week, they are planning to make a video about their class and school to send to Valdes. They also plan to set individual goals before participating in the Classroom Champion lesson with Valdes next month. The first live 30-minute video chat likely will be in November.

“Think about questions you want to ask,” she told the class after Valdes introductory video finished. “We want to ask him questions that are going to help us become better people. Maybe think about something you’ve had to overcome, and ask him for advice on that.”

Valdes participated in the 2018 Winter Olympics as a member of a four-man bobsled skeleton team with pilot Justin Olsen. The team placed 20th overall. He grew up in Newport Beach, Calif., and attended UCLA, where he was first introduced to bobsledding by a former UCLA teammate. His coach at UCLA talked him into trying out for the team. He has participated in world championship bobsled events since 2014.

While at UCLA, Valdes played wide receiver for the football team for a year, and then joined the track and field team as a decathlete and javelin thrower.

The first year Morosin applied and was accepted to Classroom Champions program she was teaching at Ferguson Elementary School. Class Champions’ mentors that year were ice dancers, Meryl Davis and Charlie White, 2014 Olympic gold medalists. Last year, she taught fourth-grade at Shasta Elementary, and her students were mentored by Paralympian Lex Gillette, who had been blind since he was 8 years old. He won a silver medal in the long jump.

Classroom Champions requires Morosin to keep a blog and take photographs to share her classroom lessons with the mentor and the program.

“They are such life lessons: Goal setting, diversity. We’ll talk about it all year,” she said. “It really forces me to teach my students lessons they need to have.”

For the community service element, Morosin asks the class to decide on a project. The last two years, her classes raised around $700 for the Klamath Animal Shelter through penny and bottle drives.

In November, her students will get Classroom Champions T-shirts with the motto, “Better Gets Better.”

The flagship Classroom Champions program partners national team level athletes as mentors with classrooms to make a meaningful and lasting impact on students’ lives by encouraging them to believe in themselves and teaching them skills that will help them achieve their dreams, according to the program’s website.

Since its inception, program has partnered with more than 500 teachers and 125 Olympians, Paralympians, college-student-athletes and pro football players to mentor more than 25,000 students in 1,000 classrooms across 32 U.S. states, eight Canadian provinces, St. Lucia, Grenada, Dominica, Costa Rica, and American military installations in Germany.