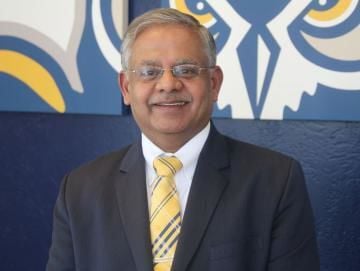 According to faculty senate president Don McDonnell, the email vote was a response to the statement “I agree with the vote of no confidence in President Naganathan.”

Of the 173 faculty at Oregon Tech, 159 voted. Only 12 faculty — or 8% of respondents — disagreed with the statement of no confidence.

The no confidence vote came after last month the senate adopted a resolution calling for Naganathan’s resignation over a list of grievances. Naganathan’s commitment that he would not resign triggered the faculty-wide vote.

McDonnell will present the no confidence vote to the Board of Trustees on Thursday, who will decide whether to remove the president.

McDonnell called the faculty “thoughtful” about the way they voted and shared some of the written comments.

“While I appreciate Dr. Nagi’s vision for Oregon Tech, he is not an effective leader,” said one faculty comment McDonnell read at the virtual senate meeting.

“It’s the right thing to do, seems like a really bad time to do it,” said another written comment.