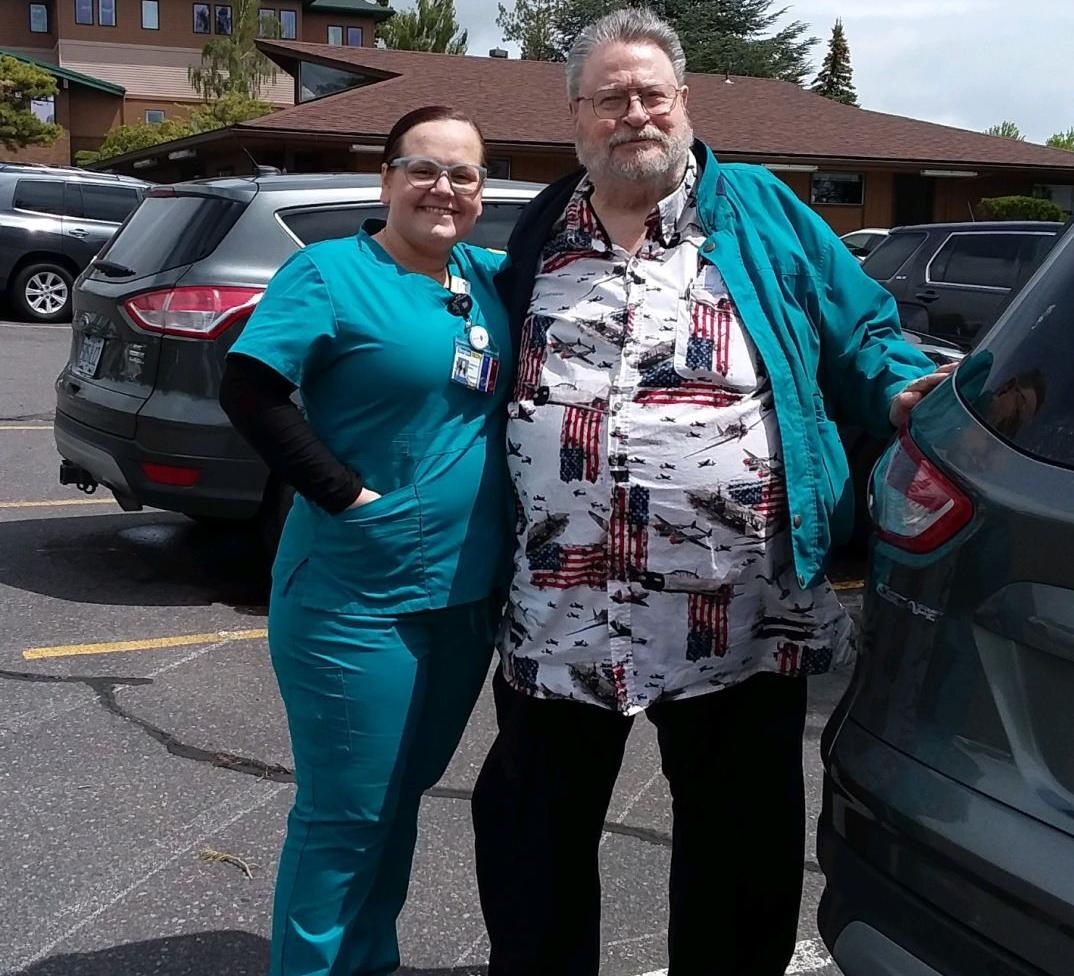 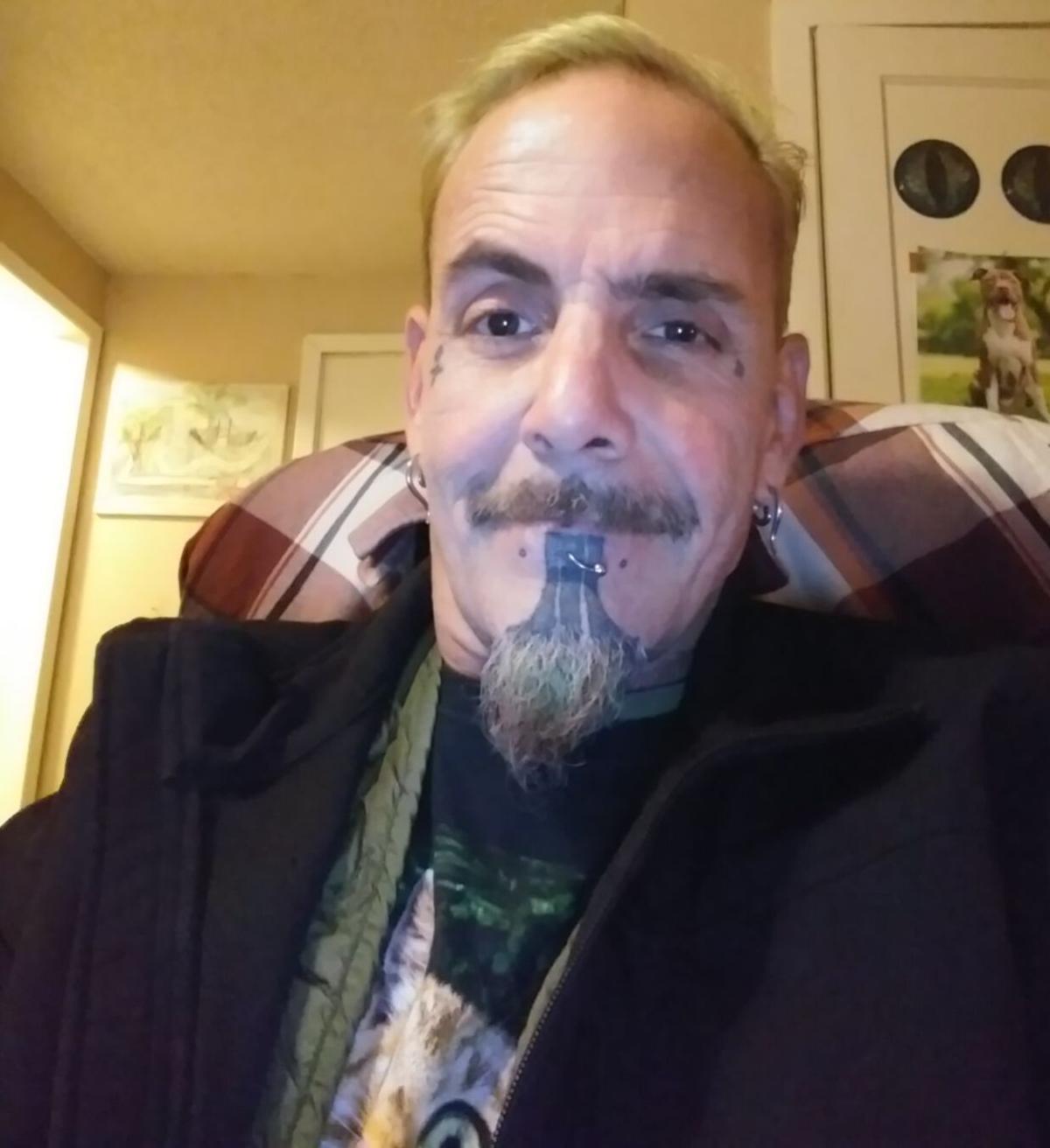 Mike Smith is a carrier for the Herald and News. Smith discovered his neighbor, Kenneth Plank, hadn’t retrieved his newspapers in several days and alerted help to check on him. 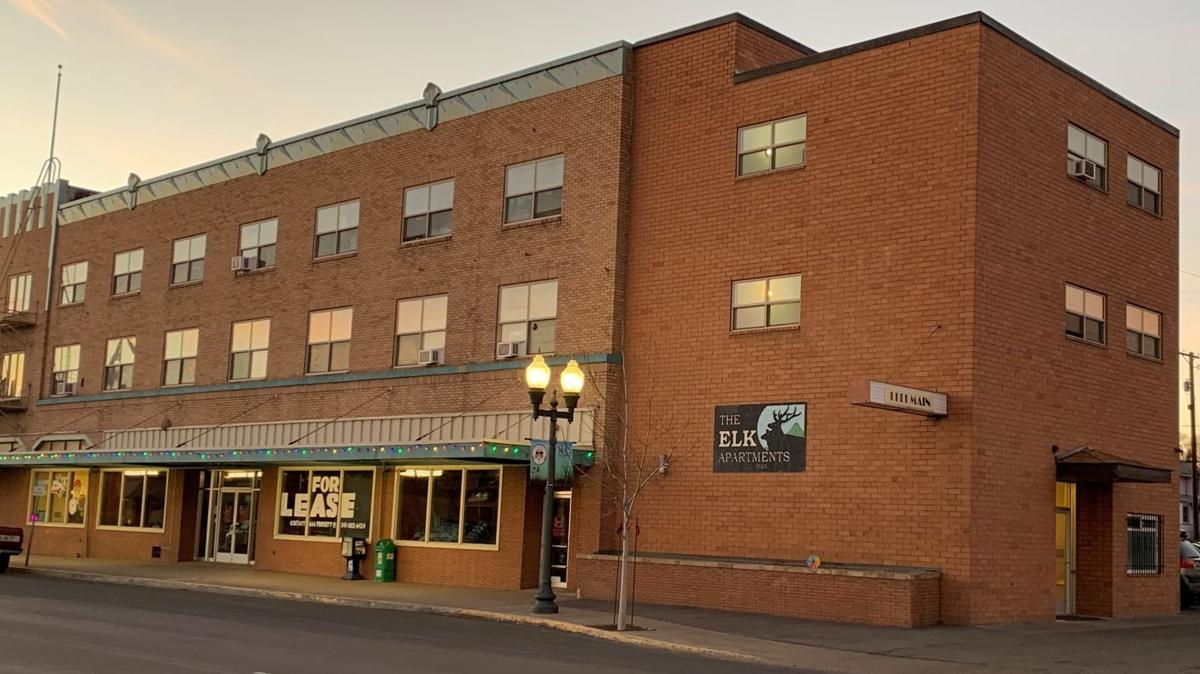 Mike Smith is a carrier for the Herald and News. Smith discovered his neighbor, Kenneth Plank, hadn’t retrieved his newspapers in several days and alerted help to check on him.

Stephani Bastian couldn’t get in touch with her 81-year-old father, Kenneth Plank, who lived alone in the Elk Apartments on Main Street in Klamath Falls. Although it’s not unusual for him to miss occasional calls from his daughter who now lives in Roseburg, Bastian said she had a feeling that something was wrong.

Mike Smith delivers the Herald and News to subscribers, including to Plank, his downstairs neighbor in the Elk Apartments. He, too, felt like something was wrong on Dec. 23 when he delivered Plank’s paper to his door, like he does every publication day. Smith noticed the Navy veteran had several papers stacked up, so he went to get help.

After alerting the building maintenance manager, the two men discovered Plank had fallen in the bathtub and had been stuck there for several days. Plank couldn’t reach his phone or his emergency alert necklace, and he had become confused and weakened.

After his rescuers got him out of the tub and into a chair, Smith and the building manager called 911. After a short stint at Sky Lakes Medical Center, Plank is now recovering from the fall and the rehab at Marquis Plum Ridge.

Bastian received a text the day after Christmas from her father’s best friend, notifying her that her father was in the hospital and that his doctor was trying to reach her. Bastian learned ther her father, still confused, had given the hospital her old phone number.

She rushed to Klamath Falls the next day. When she learned her dad’s newspaper carrier was the one to alert someone for help for her father, which may have saved his life, Bastian gave Smith a big hug to express her gratitude. They both burst into tears, Smith said.

“Be thankful for your newspaper man because he might be the only one who knows something’s wrong,” she said.

Although Bastian was quick to call Smith a hero, Smith said he feels he doesn’t deserve the accolade. Still, he knows that if that was his loved one, he’d feel the same way Bastian does.

“I’m ecstatic that I chose to break the mold and say we need to check on this guy,” Smith said.

Smith knew something was wrong when he noticed the two untouched newspapers outside Plank’s door. Smith said Plank was “regular as clockwork” with his routine, which Smith recognized as a habit from the military. As a veteran with medical conditions himself, Smith said he’s been cognizant of his health, and the health of others, during the pandemic.

Smith also lives above Plank and could hear the TV on below him for more than a day, which Smith said was unusual.

Plank doesn't know how long he had been in the bathtub before help arrived. He told the Herald and News he remembers reaching a paper cup from the sink and filling it up from the tub to drink from. He said he wasn’t of sound mind for the entire stretch he spent stuck. Plank said he believes he was hallucinating because he recalls getting up out of the tub and walking around the apartment.

Plank is doing rehab three times a day at Marquis Plum Ridge to recover from injuries, which include a bruised hip and shoulder as well as a laceration across his back.

Plank has lived in Klamath Falls since 1979, when Bastian began attending Klamath Union High School and Plank took classes at Oregon Institute of Technology for a welding certificate. Plank later worked at Oregon Tech for over 18 years, Bastian said.

Bastian’s daughter, Kymberly, now attends Oregon Tech, but hasn’t been in the area because she’s been completing an externship in Tigard.

Plank is getting mobility back, and Bastian said the nurses assure her that he’s doing fine. For now, she said that he's working hard but exhausted after his rehab sessions.

Bastian reminds people to check on the senior citizens in your life, especially those who live alone.

“You never know,” she said.

Smith likes to interact with is newspaper clients when he can. He recalled a subscriber on his route who is going through chemotherapy treatments for cancer. Although with COVID-19 he leaves most of the newspapers outside buildings on his routes, for her, he takes the paper inside to her door so that she doesn’t have to climb the stairs.

“If you don’t care about what you’re doing, then why do it?” he said.

Plank has three more weeks of rehab at Plum Ridge ahead of him. In the meantime, Smith hopes his act of kindness will encourage people to take better care of those around them.

“We need to push through all of this and realize we are our brother’s keeper,” Smith said.