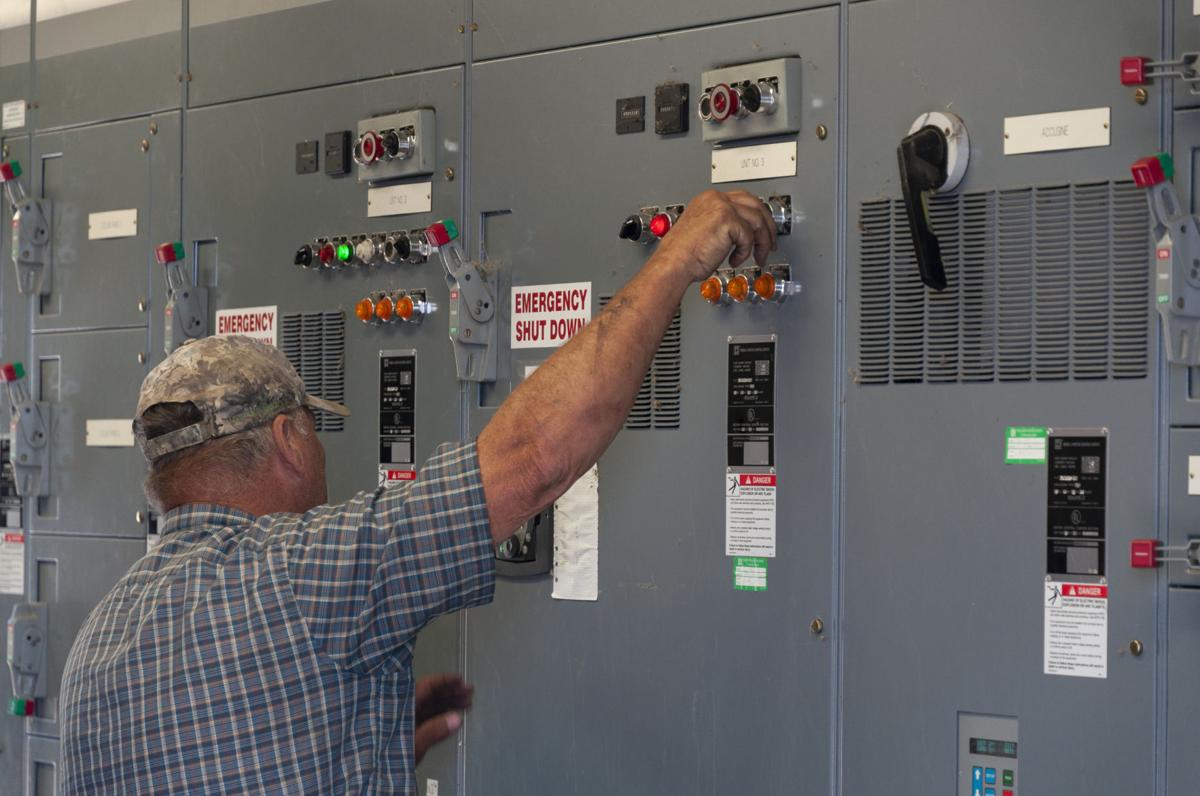 Ed Combs turns on the irrigation pump for Modoc Point Irrigation District, which will pump 1,500 acre-feet of water into irrigation ditches north of Day School Road. 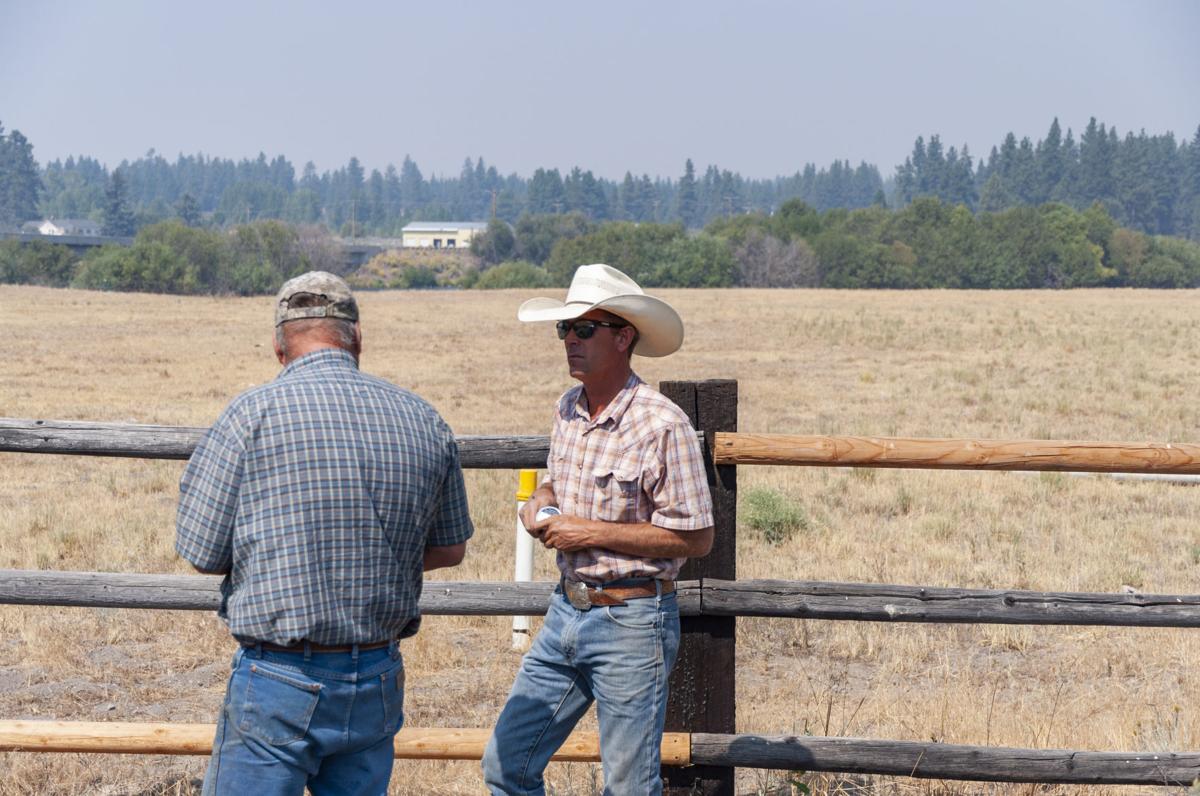 In the smoky midday heat Wednesday, Ed Combs broke the law. He flipped a switch to turn on an irrigation pump that had been dormant all summer.

The pump sputtered, and soon 21 cubic feet per second of water began to flow from the Williamson River to Modoc Point Irrigation District.

An air tanker carrying water from Upper Klamath Lake to drop on the Two Four Two Fire just a few miles north soared over the pumphouse.

“We don’t want that to go on over here,” Combs said as his eyes followed the plane.

As watermaster of Modoc Point Irrigation District, Combs made the decision to defy Oregon water law and take water from the Williamson to fill irrigation ditches on about 25 percent of the land in the district. He said he did it to prevent the area from being scorched by the fire should it take an unexpected turn south. Fire officials said that was unlikely.

“I’m not gonna shut it off until I know that this fire is not gonna burn us out,” he said.

With 68 properties spanning roughly 5,000 acres, Modoc Point is the only formal irrigation district in the headwaters of Upper Klamath Lake. For the last several water years, the Klamath Tribes — who retain senior water rights —have made calls for water to secure river flows for native red band trout.

Combs said the district used to receive about 10,500 acre-feet every summer from the Williamson until the deliveries stopped entirely.

Growing feed is now practically impossible. Ranchers in the district must draw water from their own domestic wells to water their livestock. And because they’re not part of the Klamath Project, they don’t have access to the same drought relief funding.

But the district’s focus this week has been fire safety.

“My main concern is to try to keep the community from burning up,” said district rancher John Hammack. “It’s gonna be a tragedy if we don’t turn those pumps on today.”

Fields have been bone-dry all summer, and if the fire crossed South Chiloquin Road, Modoc Point would be in trouble.

By filling the ditches with water, irrigation district leaders said they hope to prevent the fire from moving south of Day School Road, should it change direction. Combs said he’s advised ranchers not to water their fields unless they feel in danger of losing their ranches.

Mason said the 1,500 acre-feet they plan to draw from the Williamson will only drop the river’s water level by less than half an inch.

According to Bryn Hudson, a water policy analyst at the Oregon Water Resources Department, Oregon water law states that a water right is not needed to use water for emergency firefighting, but it is required for other uses including fire protection. Because Modoc Point’s use would fall under the latter category, turning on the pump was technically illegal.

Combs acknowledged that and said he’d probably lose his job for turning on the pump. But he said he wouldn’t stand by and watch his district burn up if it came to that.

“To me, I’m doing the right thing right now,” he said. “If the water district lets me go for doing that, well, so be it.”

The Oregon Water Resources Department and the Klamath Tribes, both dealing with emergency situations, did not respond to requests for comment.

Editor's note: A previous version of this story named endangered suckers as the reason for the Klamath Tribes' Williamson River water calls. The correct fish species is red band trout.