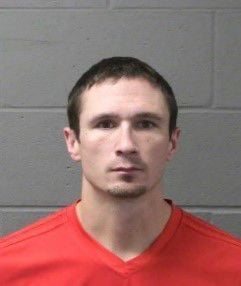 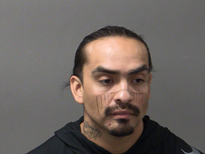 +1
+1
Subscribe Today! Please read: Readers of local content on the Herald and News website – heraldandnews.com – will require a subscription beginning today. For the first few months, non-subscribers will still be able to view 10 articles for free. If you are not already a subscriber, now is a great time to join for as little as $10/month!
Tired of seeing surveys on articles? If you are a subscriber, simply log in or Subscribe now!

A Klamath Falls man was arrested Tuesday after allegedly stealing a motorcycle and then barricading himself in a house in the 2800 block of Frontage Road, also known as the Moore Compound.

Elliott Donald Parker, 31, is facing additional charges stemming from August 15, according to court documents. He is accused, along with Harland Wright, of holding a Klamath Falls man against his will, assaulting him, humiliating him and killing his dog.

According to court documents, Parker held the victim against his will at a home in the 900 block of Lincoln Street on August 15. Parker had a gun on his lap and Wright later showed up with a machete–sized knife.

After an argument, Parker and Wright killed the victim’s dog and forced the man to strip naked and clean up the blood. The victim told police Parker and Wright hit and kicked him several times before forcing him into a body bag, which they zipped up around him making it hard to breathe.

The man said Parker and Wright later “made him skin his dead dog and cut his own hair off,” according to the probable cause statement.

On Tuesday, Parker was barricaded inside the house on Frontage Road for around eight hours, according to KFPD, before the department’s SWAT team executed a search warrant and arrested Parker inside the home.

Parker is facing charges of robbery, assault, fleeing or attempting to elude a police officer, unauthorized use of a vehicle, animal abuse, menacing and four counts of kidnapping.

Wright is being held in the Klamath County Jail on charges from a police chase last week in which court documents say Wright refused to pull over after police attempted to arrest him for outstanding warrants.

Wright has also been charged for the August kidnapping, assault and animal abuse as well.

KFPD is investigating any additional incidents or people involved.

This story will be updated. Check back at www.heraldandnews.com.