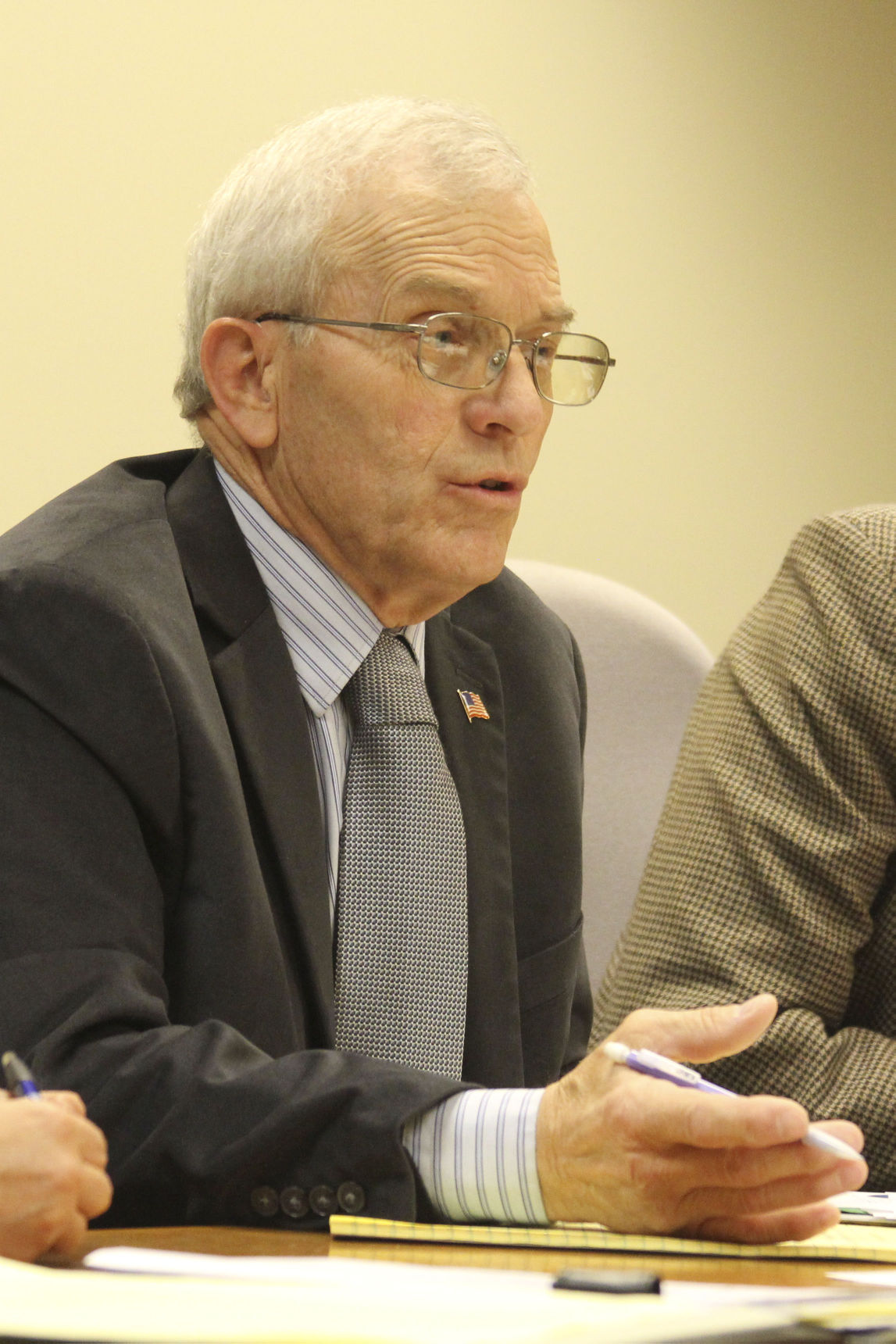 Ilo and Melissa Ferroggiaro filed the recall petition just minutes after the conclusion of the county meeting where the commissioners voted to ban medical and recreational marijuana dispensaries, producers and wholesalers in the county.

The Ferroggiaros own Laughing Lotus Farms, a medical marijuana dispensary they have been trying to open in the county for more than a year.

The Ferroggiaros were more bothered by Mallams admitted refusal to follow water laws. In a Sept. 10 Herald and News article, he admitted to illegally pumping water at his farm, violating state water rules.

“We’re doing it for two reasons: water violations and abuse of power,” Ilo said. “I think asking us to follow an ordinance, which is what he violated, and he’s violating ordinances, is a prime reason for you to step down.”

The Ferroggiaros have 90 days to collect 3,426 signatures for a recall election to take place. Anyone interested in helping or joining the recall effort can email recalltommallams@gmail.com, or visit the recall Tom Mallams Facebook page.

“I’m doing exactly what I said I would do,” Mallams said in a phone interview Tuesday afternoon. “There should be no surprises.”

According to the Sept. 10 article, the Klamath Project made a call for water in June and Oregon Water Resources Department sent water shutoff notices to Mallams on July 3. Because Mallams did not shut off his water, the department issued non-compliance notices to Mallams on Aug. 7 and 28. The last letter said Mallams had until 6 a.m. on Aug. 31 to stop pumping. Mallams stopped pumping on Aug. 25 because he had finished for the season. On Tuesday Mallams claimed, at the same time as all this was going on, he was going through the courts to allow him to continue pumping.

“I don’t know why anybody would be surprised by my actions,” Mallams said. “I’m willing to stand up and say enough is enough. That’s the position I’ve been taking for years. People wanted somebody that would stand their ground.”

The official recall statement blasts Mallams for pumping when he wasn’t supposed to. It reads:

“Tom Mallams has a conflict of interest being a commissioner and representing Klamath County.

“He is stealing water from everyone in Klamath while blatantly ignoring orders to shut off his ranch’s irrigation water supply. The Oregon Water Resources Department has tried to serve him multiple violations. Why does he think he is above the regulation?

“While law abiding ranchers are following the rules, Tom Mallams is making money and the rest of Klamath suffers from his poor economic decisions.

“He refuses to bring in businesses for job growth and economic development.”

“Klamath County commissioner’s job is to ensure a prosperous business environment,” Ilo said. “That’s what it says on their website. They’re not policy makers. They don’t make statewide law.

“More importantly,” Ilo continued, “Tom Mallams is choosing which water laws he wants to follow as opposed to the water law everybody else has to follow. He’s asking me as a company to follow his rules, while he can’t even follow the rules. I think Klamath County deserves far better.”