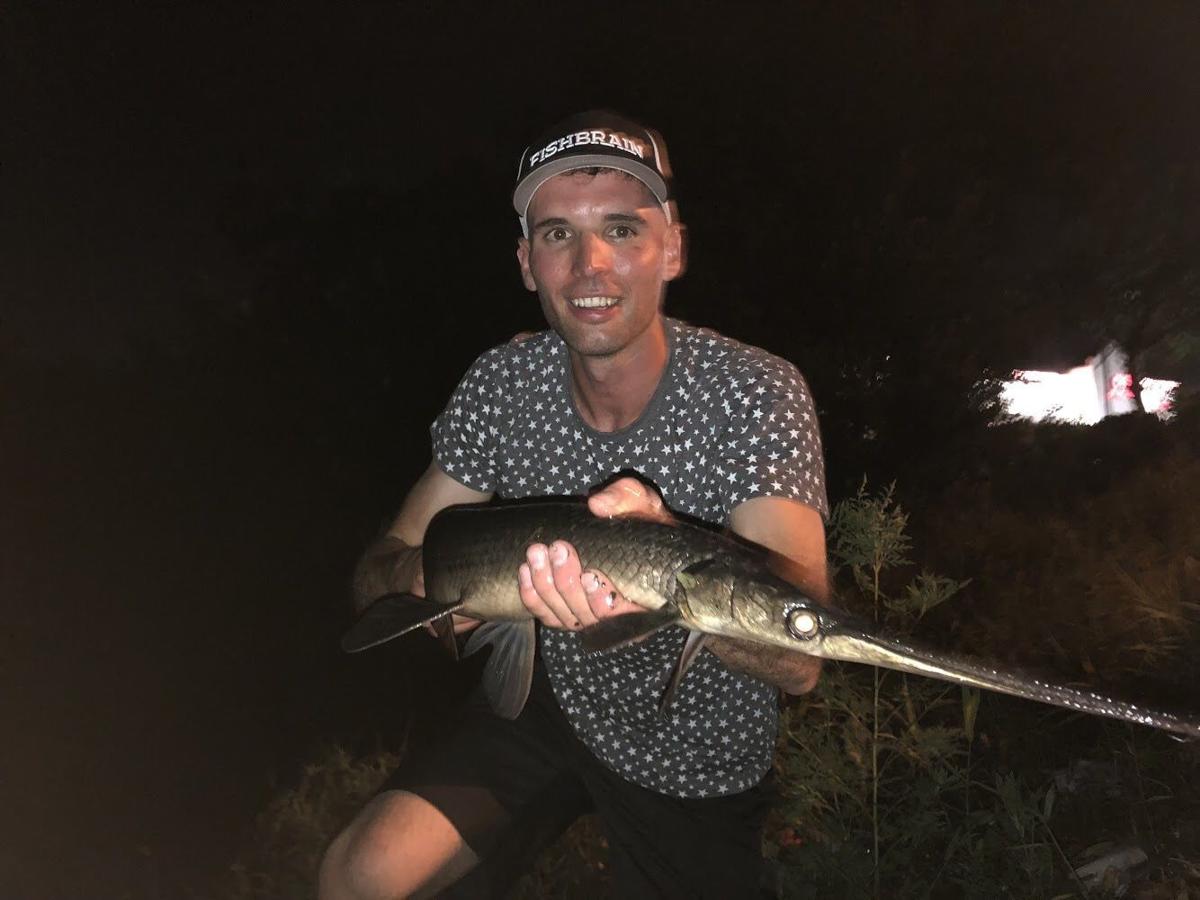 The ancient longnose gar, a gator-like fish, breathe air and eat virtually anything meaty, so they can live almost anywhere there’s water.

Since longnose gar have long, thin mouths, it can take some time for them to take the bait.

The ancient longnose gar, a gator-like fish, breathe air and eat virtually anything meaty, so they can live almost anywhere there’s water.

Since longnose gar have long, thin mouths, it can take some time for them to take the bait.

ORLANDO, Fla. — Ever since my first fling with a longnose gar last summer on the Tennessee River, it held my heart in its toothy jaws.

I didn’t ever hook up with that monster, so when I found myself in Florida this summer, I knew I had to try and rekindle that old flame.

A friend I met — you guessed it — on Instagram, Zain Khalid (@species.spotlight), told me he knew a place we could target longnose, and I jumped at the chance.

After spending time chasing a few nearby micro species that didn’t oblige us, we caught some little bluegills to use as live bait (this was Florida, mind you) and headed to the gar’s murky lair.

Granted, most of it is gray water that you’d never want to eat fish out of and must be careful not to touch to open wounds, but it holds fish just the same.

This particular spot started with us parking in a CVS parking lot above a slow-moving river which drained all sorts of gray water from the urban roadways of Orlando. I’ve fished from less glamorous spots but not many.

We grabbed our gear and walked about 100 yards to a culvert that ran under the highway.

The location was thoroughly underwhelming, and we noted piles of garbage in and out of the water.

Zain warned me not to sit on a syringe, so I scrutinized every square foot of dirt around me as we settled in.

It certainly wasn’t a beautiful venue, but gar aren’t exactly beautiful fish to most people.

The ancient gator-like fish breathe air and eat virtually anything meaty, so they can live almost anywhere there’s water.

That place was included in anywhere, and Zain had caught longnose gar there before, so I was optimistic even as Whataburger cups and beer cans floated by.

Oregon anglers such as myself can find it difficult adjusting to using live bait, but I’m a quick study.

Zain had a small fish under a float, but since I hate bobbers, I opted to free spool as I’d learned fishing the salt in Southern California years before.

My rod was spooled with 20-pound braid, and I used a joiner knot to connect it to 20-pound fluorocarbon. Directly to the fluorocarbon leader, I tied a No. 4 Owner cutting point hook, threaded that through the nose of a four-inch bluegill and threw it out.

I babysat my line for maybe 30 minutes before something started happening. The fish was darting erratically and then my rod tip bounced a few times.

Since gar have long, thin mouths, it can take some time for them to eat.

Setting the hook when you feel the tap like you would for most other fish merely pulls the bait out of their mouths, and I didn’t want that to happen.

I gave the fish five minutes to turn the bait and swallow it into the soft parts of its mouth where I hoped my hook might find purchase. Every time the line tightened, I gave the fish more slack, slowly letting out maybe 200-250 feet of line in the slow-moving current.

When I was ready to set the hook, it took a few minutes for me to slowly reel in, feel for tension and repeat.

The fish had gone out a few hundred feet before swimming right back to where it had initially hit.

Time crawled by crank by crank until I felt firm tension and set the hook.

The fight wasn’t insane or fast, but the fish pulled and battled deliberately. The odds were not in my favor: I had relatively light line for the fish’s sharp teeth, the water was down a steep embankment and weeds were thick. I had to be tender. I smiled when I saw it finally coming to net maybe 10 minutes after the initial hookset.

Zain helped me photograph and release it. The 34-inch fish weighed just over five pounds and had a foot or more of sharp teeth swipe at me as I worked to release it.

A few high fives later, and we ended on a high note as I tipped my hat to that first longnose from the year before that first got me excited about these amazing, prehistoric fish.