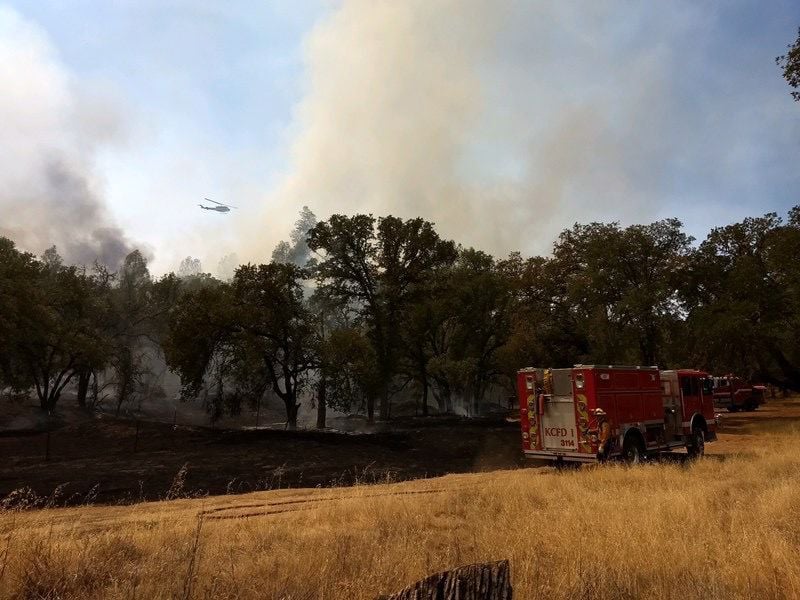 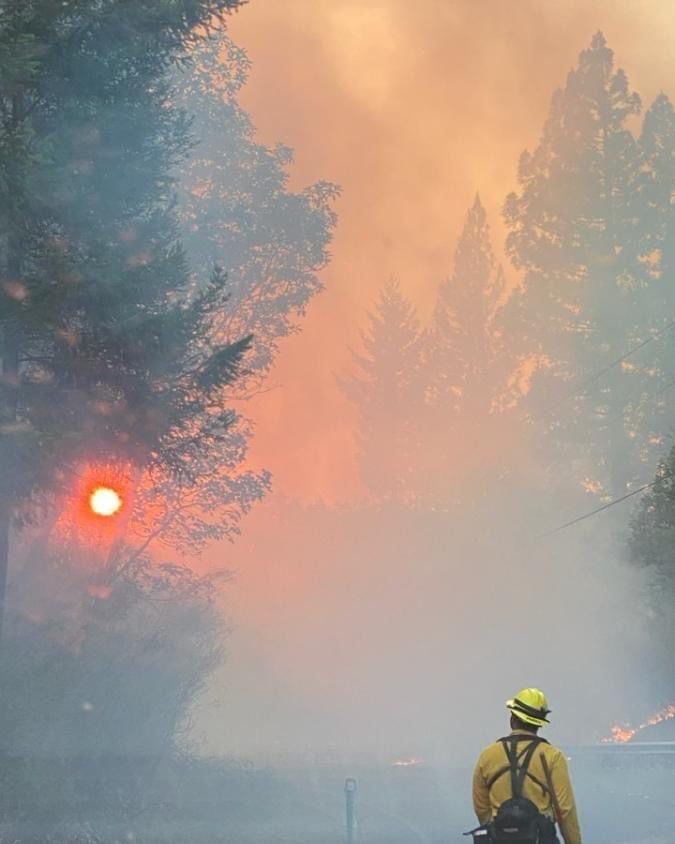 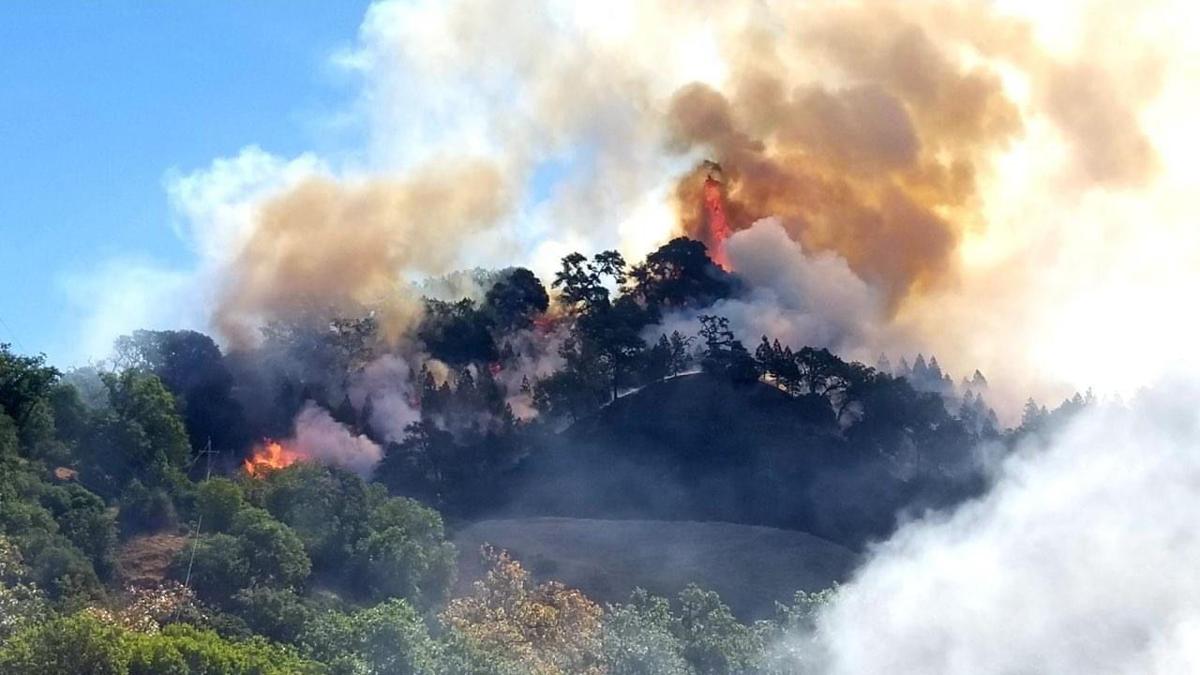 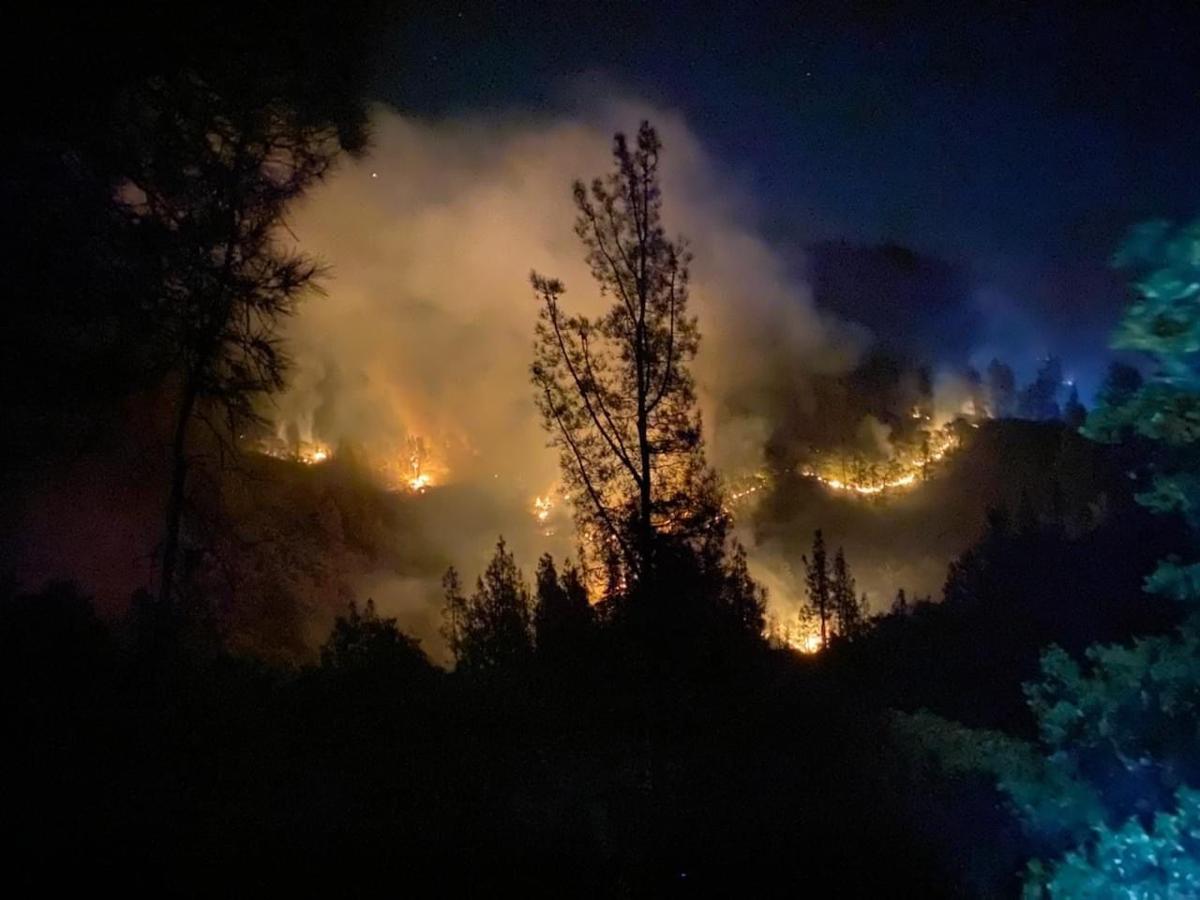 A task force of 17 people and several pieces of equipment are still at Lake Barryessa in Napa County this week to defend a residential area bordering the lake from the flames of the 373,300 acre fire.

The Klamath County Task Force was activated to the fire August 20 and joined crews from Lane, Clatsop, Marion and Linn Counties through an emergency management agreement between Oregon and California.

KCFD1 Operations Chief Matt Hitchcock is proud that Klamath County crews are able to answer the call for help when needed.

“The people that we’re dealing with out there are having the worst days of their lives, they’re losing their houses, they’re losing their cars, you know, they’re running around trying to wrangle their horses and their other pets and lives are haywire,” he said. “And our guys can go in there in a very calm way, very organized way and make it just a little bit better.”

Fighting a fire the size of the LNU Lightning Complex and coordinating with other agencies offers Klamath County crews additional experience they don’t get while answering daily calls around Klamath County.

“Even though Klamath county is without a chunk of its resources right now during fire season, and that hurts us a little bit, the benefit is our guys right now are going out and they’re getting real world experience and training and hands on that will benefit our community for future years,” he said. “So with every passing season, we get that much better. We’re becoming one of the most respected strike teams in the state of Oregon, because we’re always available. We’re always ready to go. We always make it happen.”

Hitchock said he’s proud of the partnerships between Klamath County agencies and agencies across the state, especially considering that many of the other fire agencies in the basin are volunteer-based.

“I think those partnerships with those guys has been key for us because in addition to all these ones that we go on the road for, there’s plenty of local wildland fires here to Klamath County.”

While the local crews aren’t trained wildland firefighters, they can help with things they do have experience in, like protecting structures, cleaning up brush and working with helicopter teams.

“A lot of the photos and the videos you’ll see now will be fire that’s encroaching on a residential neighborhood, and our guys are supposed to be the last line of defense on making sure that neighborhood doesn’t burn down,” he said.

The team’s deployment is for 14 days but can extended to a maximum of 21 days.

Klamath County strike teams or task forces have responded to almost a dozen calls for assistance in Hitchock’s two years with KCFD1.

Hitchcock noted Oregon’s system of reporting available resources and coordinating aid as one of the best. He said that in a meeting with fire agency leaders about responding to the LNU complex fire, California officials gave kudo’s to Oregon’s preparedness and efficiency.

With the task force away, local agencies still have to maintain service here at home. Hitchcock said they rely on some overtime to maintain 17 people on duty for KCFD1, but the departments are reimbursed for their aid by California.

According to Cal Fire, 40 crews are assigned to the LNU Lightning Complex fire for a total of 2777 people. As of Saturday afternoon, the fire has destroyed over a thousand structures.

“We’re sending a team out because it’s the right thing to do,” Hitchcock said. “Because California needs the help, because our guys could use the experience.”