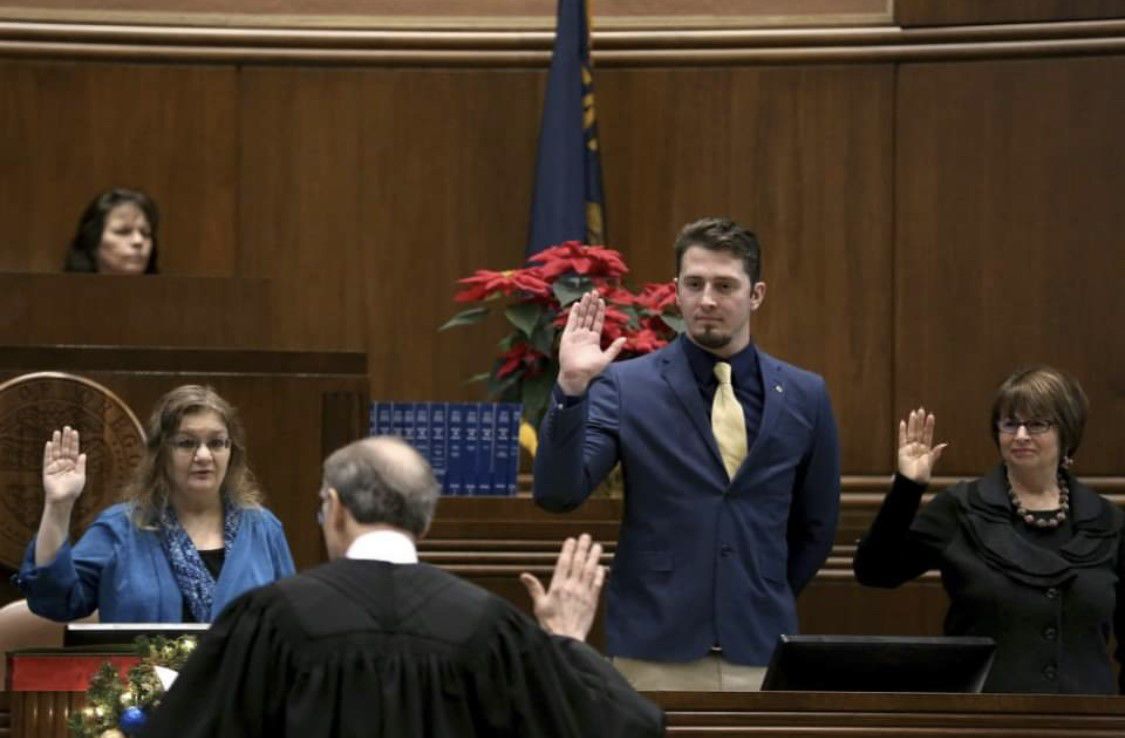 Austin Folnagy is sworn in as an elector for the state of Oregon in 2016 at the Salem Senate Chamber. 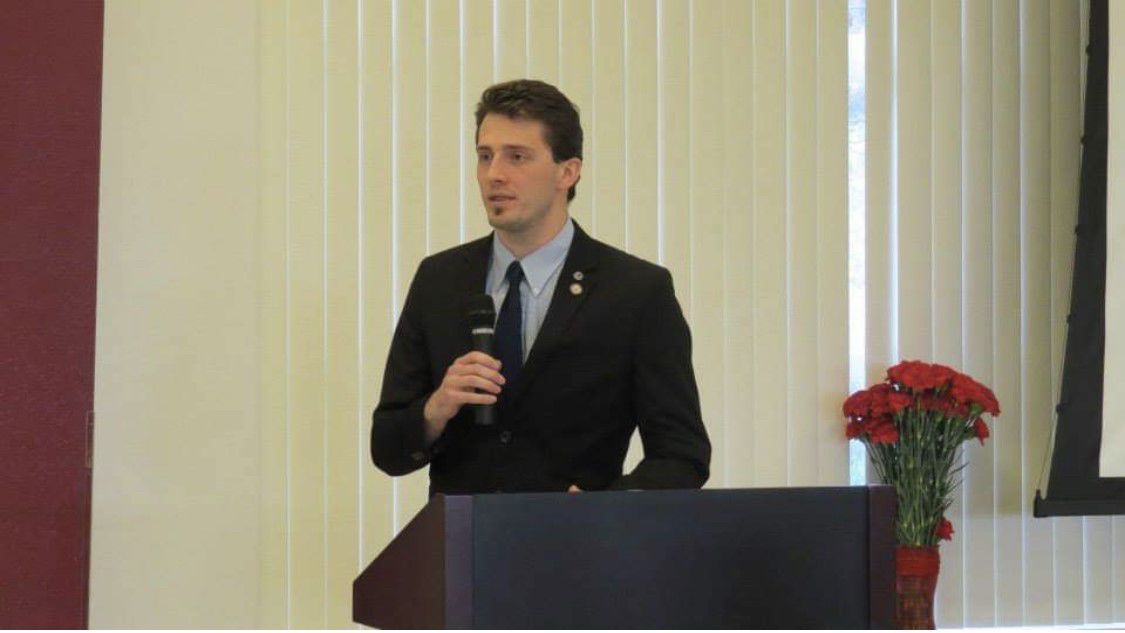 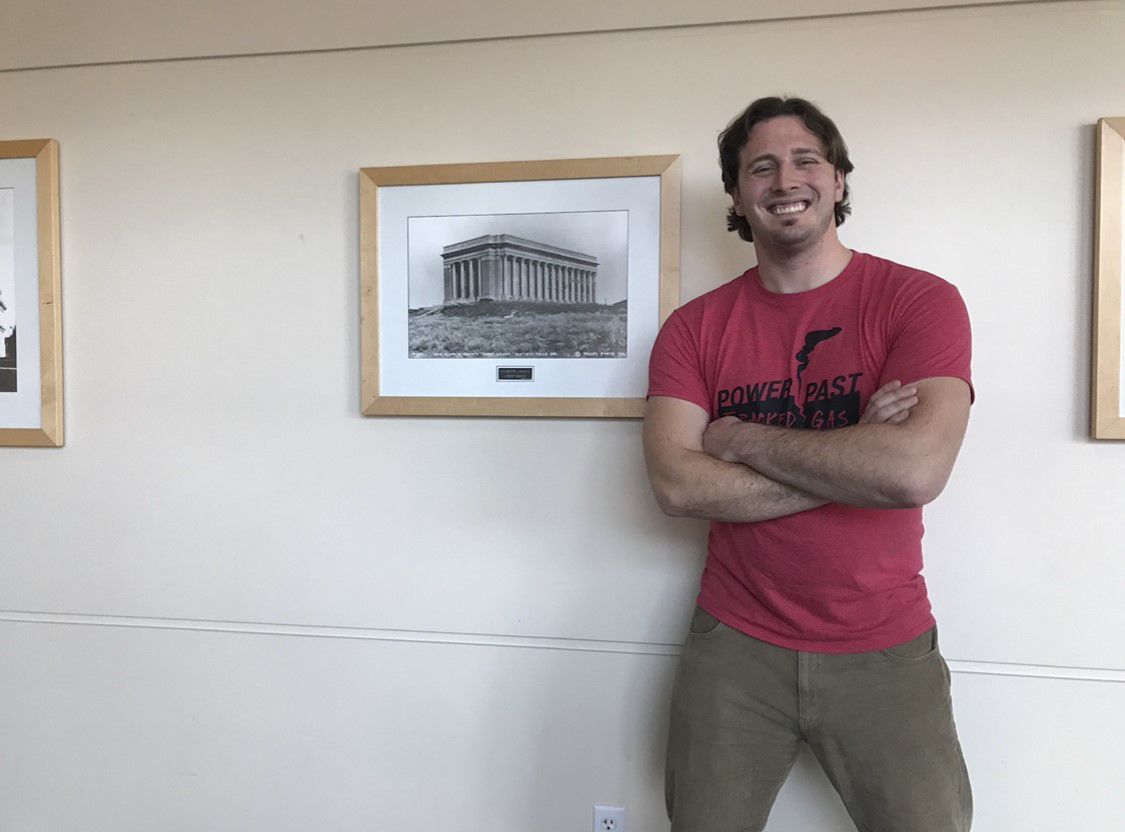 Austin Folnagy is sworn in as an elector for the state of Oregon in 2016 at the Salem Senate Chamber.

Austin Folnagy ran for office for the first time in 2008 — for a statehouse seat in northern Idaho that he didn’t win.

But this August, Folnagy will be among Democrats looking to be victorious in 2020, as the first Klamath Falls resident in recent memory to cast a vote for the party’s presidential nominee at the Democratic National Convention.

The Democratic Party of Oregon will send 61 delegates to the convention. Most of them come from the state’s congressional districts, but seven are elected “party leader” positions. Folnagy won one of those seats in a June election, becoming the only rural Democrat represented in that delegate category.

Normally, votes for delegates would be cast in person by attendees at a state convention, but voting had to be done remotely this year due to COVID-19. This allowed the Democratic Party of Oregon to open elections up to any registered Democrat in the state, not just those who could attend a convention. Folnagy said this, along with a STAR voting system that allowed voters to score each candidate to their preference instead of picking just one, resulted in a more diverse delegation.

Any registered Democrat in Oregon was able to run, but only those active in party caucuses and initiatives and/or holding local offices could run for the seven party leader delegate positions.

Folnagy was able to submit his candidacy for this category because of his position on the Southern Oregon Education Service District Board of Directors, where he represents Klamath Falls. He said he was excited to run for party leader delegate, especially being a rural Democrat.

“There were very few rural Democrats running for this position, and I wanted to make sure that rural Democrats were represented in this category of delegation,” Folnagy said.

In accordance with Oregon’s Democratic presidential primary results, he will be casting a vote for Joe Biden as the party’s nominee.

Being a rural Democrat in Klamath Falls has helped inform Folnagy’s political identity. He previously served on the Klamath Community College Board of Directors, fighting to keep tuition rates low while helping to balance the school’s budget. He was also the only rural Democrat to be an elector in the 2016 presidential election.

Being politically active in Klamath, where any given issue has a variety of perspectives, was a valuable experience for Folnagy.

“There’s a diversity of what people’s beliefs are,” he said. “It’s not about whether you disagree with those beliefs; it’s about what you have in common and what you both fight for.”

Folnagy’s passion for civic engagement began at a very young age. With both his parents’ jobs beholden to government funding and resource allocation, he realized how much of an impact decisions made by political officials could have on his daily life — and how important it was to have a say in those decisions.

Folnagy knocked on his first door for a candidate when he was 12. Since moving to Oregon in 2012, he estimated he’s knocked on more than 15,000.

“The rewarding part is getting to reach out to new people,” he said, adding that he can’t wait to get back to door-knocking once it’s safe to do so.

Though COVID-19 continues to disrupt the political process, Folnagy is still eager to participate. In late June, the DNC announced that its convention, originally scheduled to bring thousands of delegates to Milwaukee, Wis., the week of August 17, would be held almost entirely online in light of COVID-19. State delegates will debate and vote on the party’s platform and submit their votes for the party’s presidential nominee virtually. Despite the lack of in-person festivities, Folnagy said he’s excited to attend the convention for the first time.

“These party conventions are a part of history,” he said. “Although it is a very tumultuous time period, it is a very important time period for the future of our nation.”