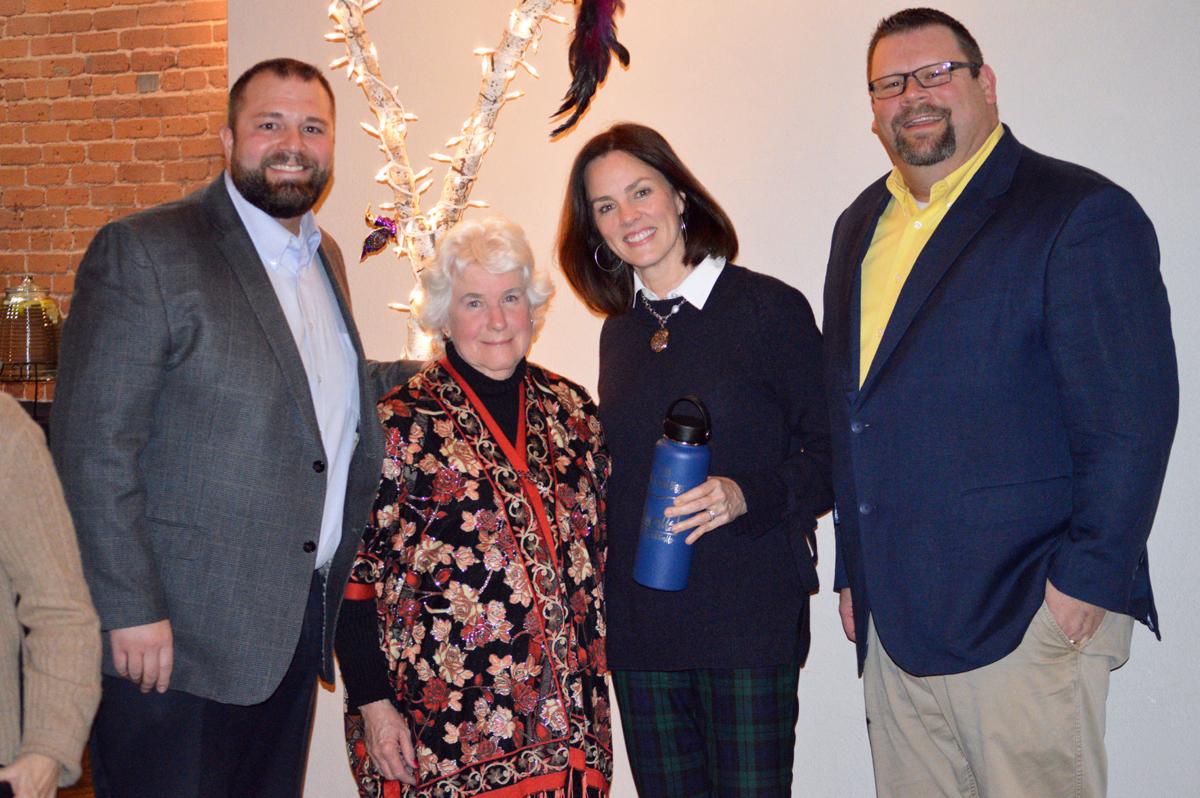 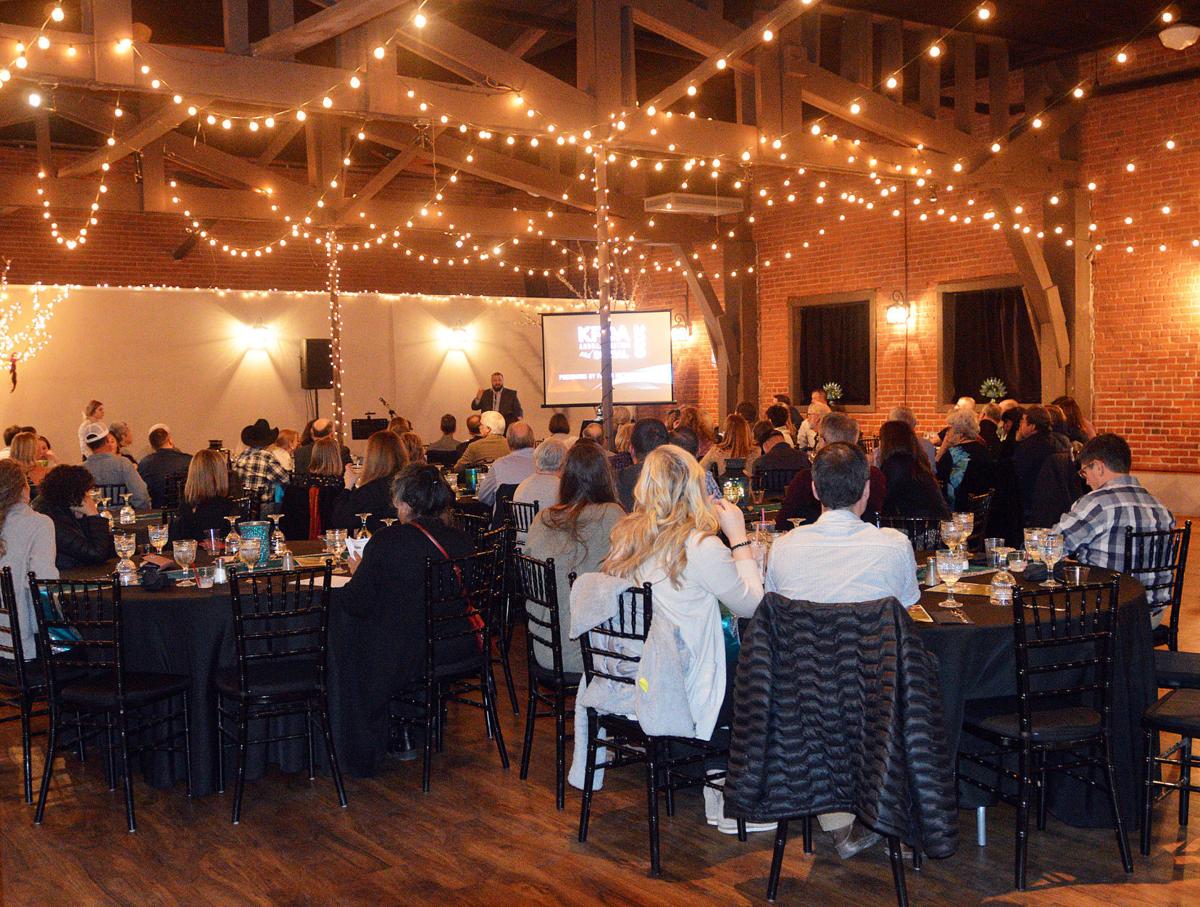 Love and appreciation for Klamath Falls were abundant Wednesday evening at Klamath Falls Downtown Association’s annual meeting and social, which culminated in the presentation of the IHeartKFalls volunteer award to 2020’s winner, Heidi Neel Biggs.

Another big announcement was made during the event: Klamath Falls will host the 2021 Oregon Main Street Conference. The large event is expected to bring a major increase in local hotels stays and retail sales to the area over a three-day period. KFDA has been an affiliate of Main Street America and Oregon Main Street since 2009.

Guests celebrated the KFDA’s successes over the past year with dinner, dessert and drinks catered by MC’s on Main. The event, which took place at the 9th Street Venue, was presented by Fisher Nicholson Realty.

Those projects include grant funding for façade and building improvements, downtown events like Third Thursday and Scarecrow Row, beautification, scheduling and programming for downtown parks, placemaking projects like the Klamath Piano Project, and marketing and promotion of downtown assets and businesses.

Rutledge presented some statistics that illustrated the growth of downtown Klamath Falls in the past year. In that time, downtown has gained 40 new jobs and 12 new residential units, while seeing reduced first-floor vacancy rates in the downtown core and increased investment in brick and mortar locations, he said.

Two new businesses are also in the construction process, Rutledge noted. People’s Bank and the Fairfield Inn will both be located at TimberMill Shores, off Klamath Avenue, near Veterans Memorial Park, in downtown Klamath Falls.

In the coming year, Rutledge said KDFA plans to continue building on its momentum and increasing engagement, both within the organizational leadership and outwardly in the community. The association will engage with TimberMill Shores and the project confluence to connect the developments to downtown, he explained.

Launching version two of the Klamath Piano Project is also on KFDA’s to-do list, along with a multitude of activities and programs to engage the local community and continue to transform downtown. KFDA is working to achieve accreditation at the “Performing Main Street” level — the highest level recognized through the Oregon Main Street program.

Later in the evening, the crowd rose to their feet in a standing ovation when Phair announced that Biggs was chosen as the IHeartKFalls award winner. Biggs, a longtime Klamath Falls advocate and volunteer, grew up in Klamath Falls and returned to the area in 2013 after living elsewhere on both the West and East Coasts.

Biggs serves as executive director of the Klamath Community Foundation and has written grants to foster improvements in Klamath Falls, among many other volunteer activities.

She wrote in a 2019 guest column for the Herald and News, “A tight community that worked and played together helped make Klamath Falls one of the fastest-growing parts of Oregon in the early 20th century … Together, we must ensure that Klamath’s rich civic legacy remains vibrant and vital to those who follow us. That is how we build a healthier and more prosperous community, and how we as individuals find deep, meaningful purpose and happiness.”

Biggs echoed those same sentiments Wednesday evening. “This is the best place to call home,”she expressed after accepting her award. “You can truly find community here,” she added, noting that engaging with others and feeling a sense of togetherness “is what makes a life well lived.”