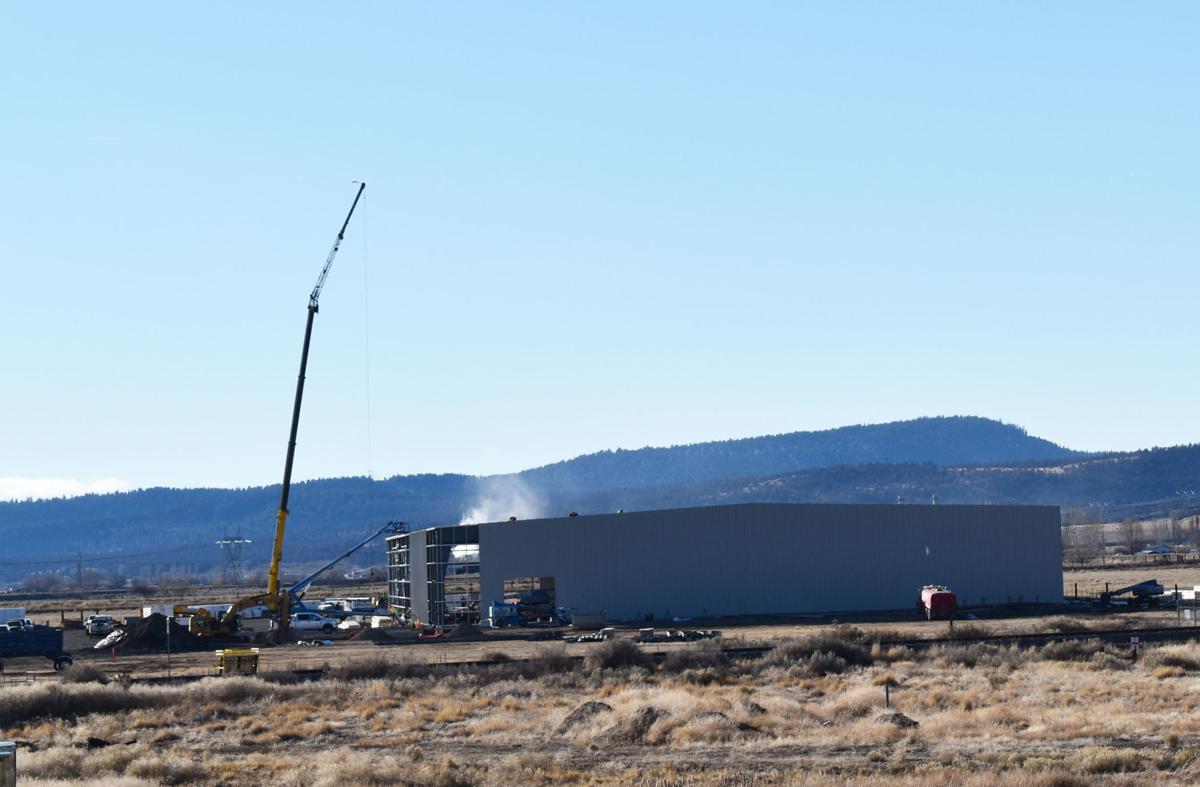 Construction on Wilsonart’s $20 million Klamath County manufacturing facility is well underway. The business is expected to begin operations this summer. 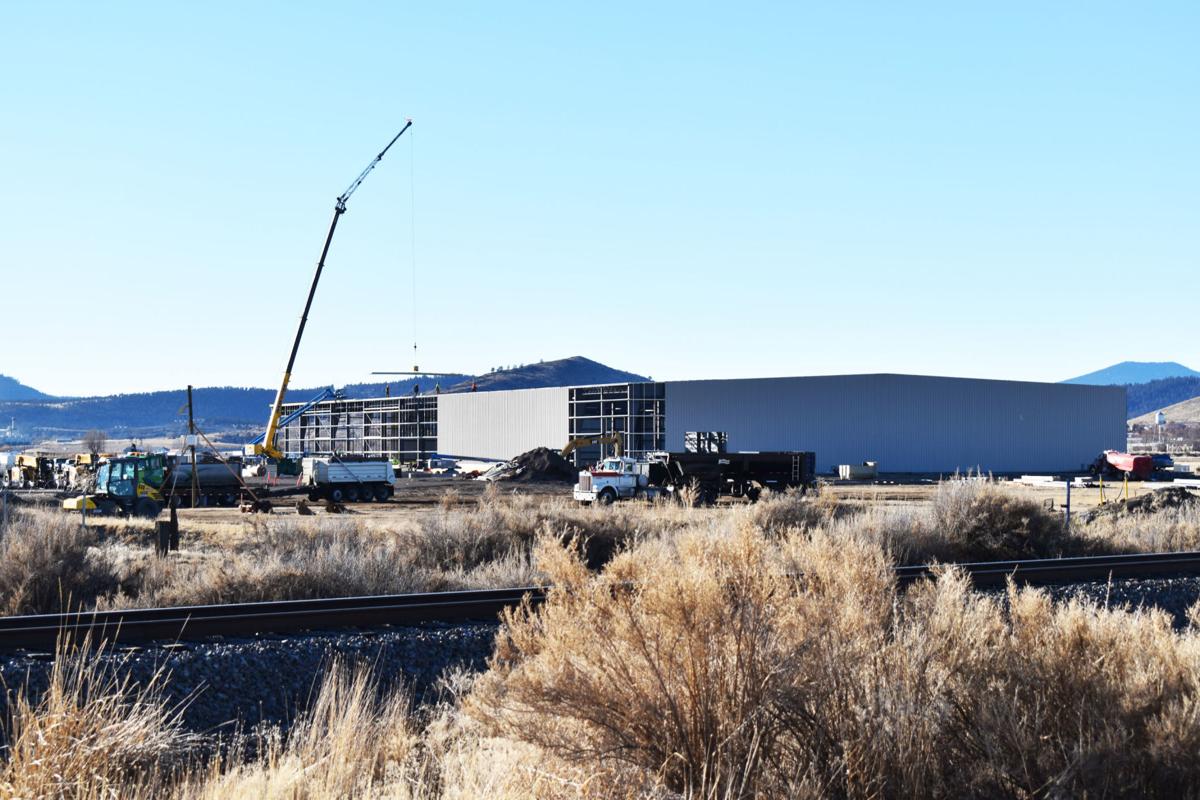 Construction on Wilsonart’s $20 million Klamath County manufacturing facility is well underway. The business is expected to open its doors this summer.

Construction on Wilsonart’s $20 million Klamath County manufacturing facility is well underway. The business is expected to begin operations this summer.

Construction on Wilsonart’s $20 million Klamath County manufacturing facility is well underway. The business is expected to open its doors this summer.

Construction is already well underway on Wilsonart’s $20 million building south of Klamath Falls, where employees will produce laminate and other composite materials used in furniture. But how much the company will pay in taxes is still far from settled.

In a letter to the Klamath County Board of Commissioners, Wilsonart Vice President Ron Ubertini claims the company was told to expect a $30,000 to $50,000 annual community service fee, which it would pay in lieu of local taxes for 15 years if it located in the rural enterprise zone. The county and city, however, proposed the company would pay $175,000 annually, which would be split evenly between both entities.

That amounts to a $1.8 million misunderstanding.

Wilsonart said the lower tax figure was crucial to building the factory locally.

“It is important to understand that the decision to invest in Klamath County was largely based on this tax incentive which eliminated other sites we had considered,” wrote Ubertini.

Wilsonart meets the requirements to be eligible for a Long-Term Rural Enterprise Zone, which means their taxes can be abated for up to 15 years instead of the typical three or five years for a major investment.

Wilsonart’s expectation of a $50,000 annual fee for 15 years in lieu of property taxes would save the company more than $5.7 million. The local governments’ offer of a $175,000 annual fee would equate to paying $2.6 million, roughly half of what the business would have paid in taxes over the 15 years.

In a Tuesday public meeting, Commissioners Derrick DeGroot and Donnie Boyd discussed next steps in reaching an agreement with the business, trying to balance the needs of taxpayers and the county’s reputation as business friendly.

DeGroot told the Herald and News that they will continue to negotiate with both of those things in mind.

“We will put something together that sends the right message that we are open for business, that maintains that reputation throughout the manufacturing and business community across the country and frankly across the globe ... and at the same time that’s right by the taxpaying citizens, and making sure that when we’re bringing these companies, they’re not putting stresses on our ability to provide services,” he said.

The commissioners on Tuesday also questioned where the business heard where they would only have to pay $50,000.

DeGroot said he felt someone outside of the county or city, during the months of talks, “misspoke and overstepped.”

“What I think happened is that somebody made a comment during the recruitment process that they shouldn’t have, and that inspired the letter,” DeGroot said in the public meeting.

Boyd agreed that someone, who didn’t have the authority to do so, put the county in a tough spot.

“I don’t want to say no, and I don’t want to stop construction. I think we, the commissioners and the city, need to have a very frank talk with Business Oregon and our economic development people because they don’t have the ability to negotiate on behalf of the county and I think that conversation needs to happen before we present a deal back to Wilsonart,” said Boyd.

Later in the week, however, DeGroot told the H&N that the Wilsonart letter, which the county received Monday, caught them by surprise. Since then, he said they have a better understanding of the miscommunication.

“Nobody that has any impact on the deal has made any promises to anyone that can’t be kept,” he said. “We were a little shocked at first, but as you dig in a little further, it’s like, ‘This isn’t as big of a deal as we thought, thank goodness.’”

Wilsonart may have other ideas. Ubertini wrote that whatever they settled on would help determine if the company would continue to invest in the area.

“The resolution of this proposal is important not only for this project but for any future investment that Wilsonart might consider in Klamath County,” he wrote.

Boyd also expressed concern in Tuesday’s meeting about the county’s reputation in the business community.

“I truly think that if Klamath County doesn’t honor their agreement, their anticipated thing, it will go through the manufacturing and big business community like a gallon of vodka through a 17th century Spanish galleon,” he said. “We will never attract another business to Klamath County, and that’s the last thing I want to do.”

DeGroot echoed statements from others involved in recruiting Wilsonart to Klamath that the process moved very quickly, which they hailed as a testament to the county’s seriousness about courting business. DeGroot called the disagreement over the tax benefits “the first major blunder that I’ve seen from the team.”

The tough decisions now are about how to handle that blunder.

“I don’t think we’re in a position to negotiate ... because somebody made a commitment for us,” Boyd said. “I don’t think the county is in much of a position to say ‘This is what it’s going to cost or get over it’ because of the money they’ve invested on the fact that they assumed, wherever they got this $30,000 to $50,000 number from,” Boyd said.

DeGroot disagreed and said he feels they should continue to work to find a deal.

“If I had it to do over again, I would have begun these discussions differently,” DeGroot said. “And I think that KCEDA would as well ... it just would’ve been handled differently.”

On Tuesday, DeGroot and Boyd agreed to discuss the matter with legal council in next week’s meeting.

Both commissioners called this a learning experience as they hope to continue to recruit business investment in the basin.

“For us to be recruiting a company like Wilsonart, this is new but we don’t want it to be a one off,” DeGroot said.

Beyond the tax disagreement, DeGroot said excited for Wilsonart to officially move to the area and begin conducting business.

“We have researched how they impact the communities that they go into and have heard nothing but positive reviews, not just how they conduct business and treat their employees but how they immerse themselves into a community,” DeGroot said. “So, all of that will be taken into account to make sure that we are developing the right relationship with a great partner.”

Wilsonart is expected to open its doors later this year and create 50 family-wage jobs.