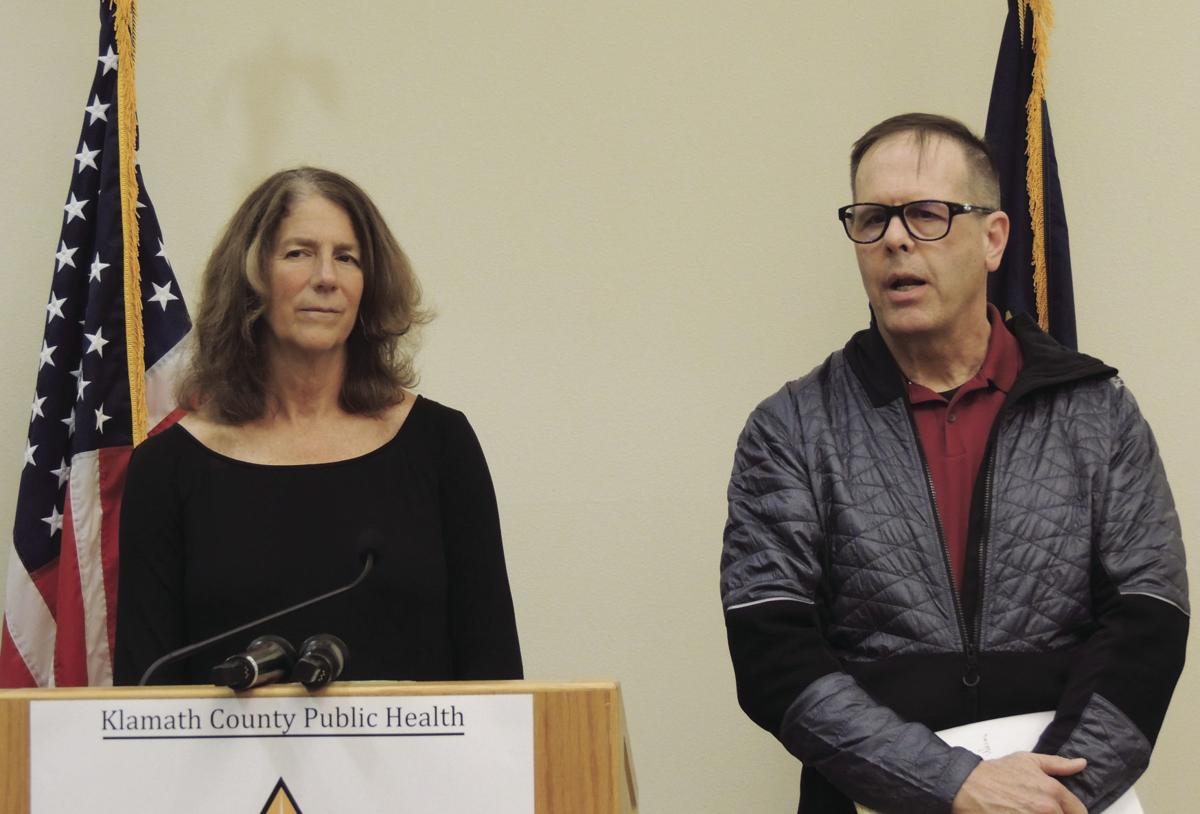 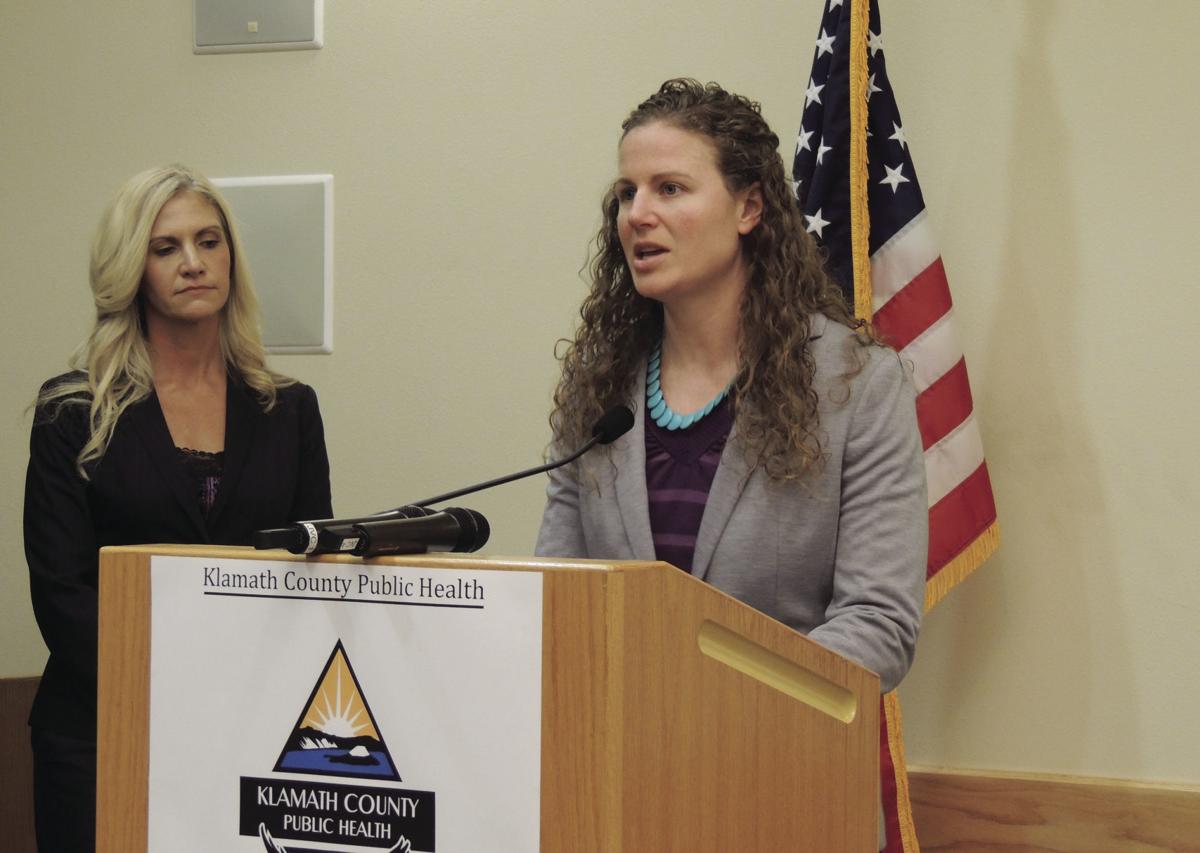 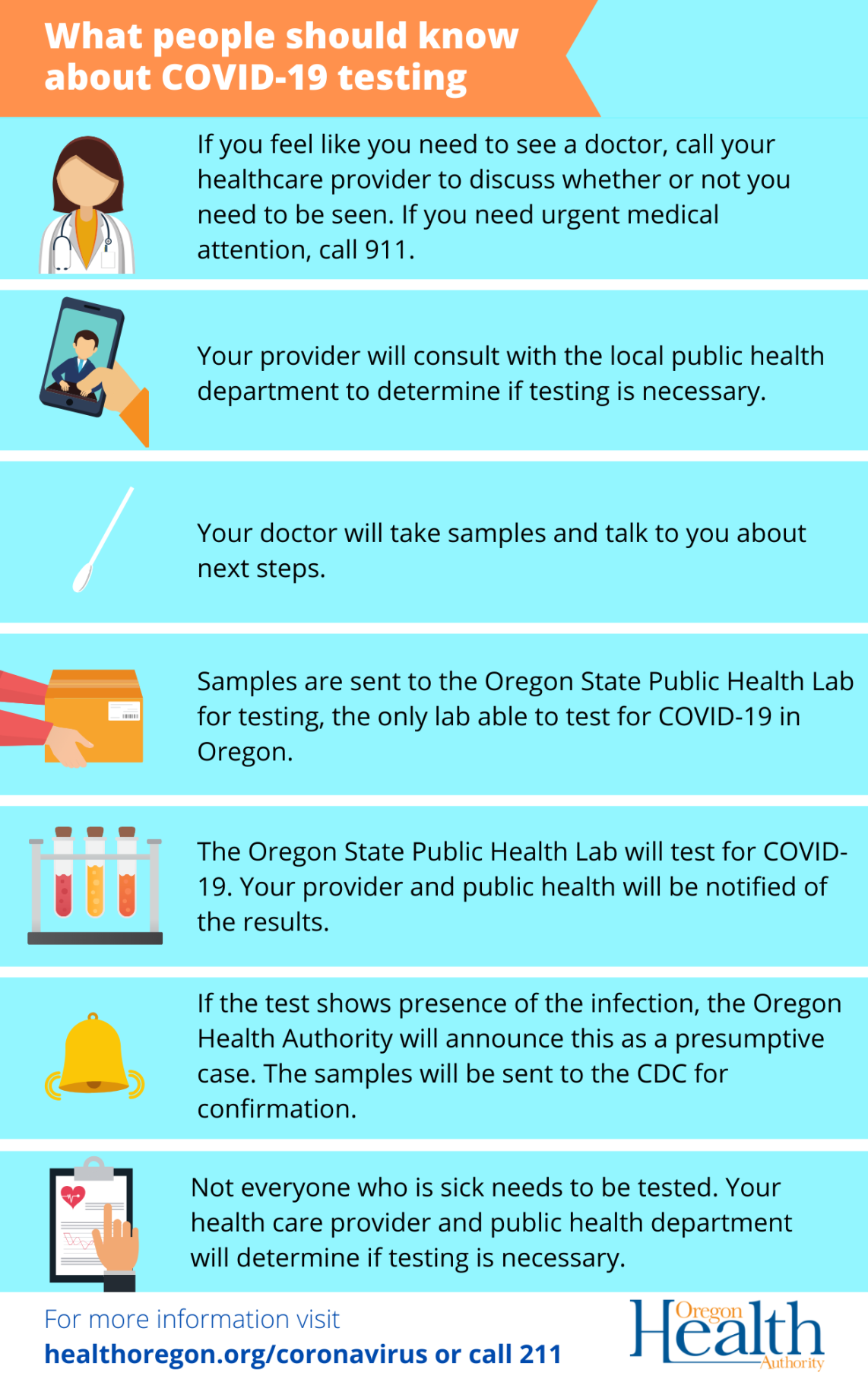 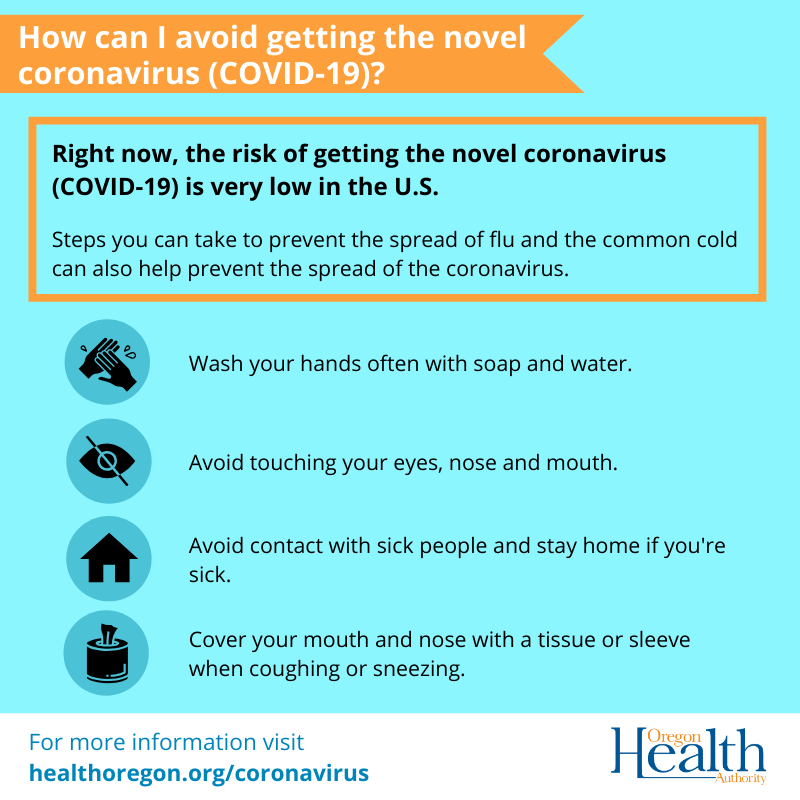 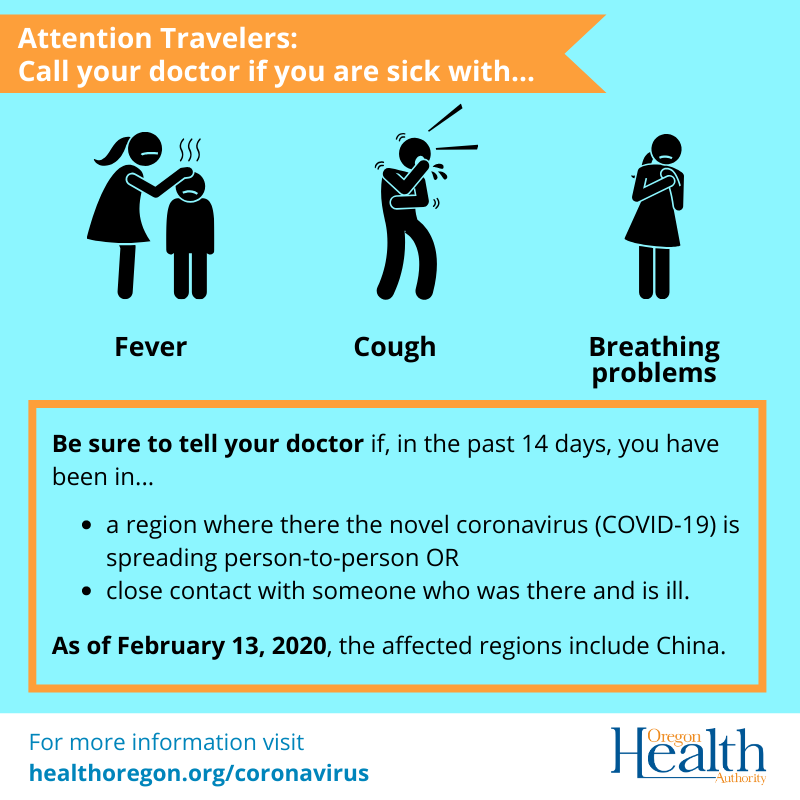 Klamath County officials talked about the county’s first presumptive case of the COVID-19 Coronavirus at a press conference on Saturday.

Officials say the case is travel-related, just like two cases in Jackson County also announced Saturday morning along with another case in Washington County that is believed to be community spread.

Officials aren’t releasing any information about the patient in order to preserve the patient’s privacy. Klamath County Public Health Officer Dr. Wendy Warren also declined to comment on if there were any other people in the county being monitored or tested, although KCPH is contacting anyone they believe might have been in contact with the patient enough to put them at risk.

KCPH Director Jennifer Little said they monitor known contacts of someone who tested positive for symptoms for two weeks.

“As soon as the notification of a presumptive case was received, public health began working to identify all close contacts and a proper notification to include risk assessment. Contact investigation, allows public health to ensure that those at risk are monitored for development of any signs or symptoms,” she said. “Contacts are monitored for 14 days following their last known exposure and are cooperating fully at this time. There is no identified risk to the greater community in Klamath County, and there is no community spread at this time.”

The four additional cases announced Saturday bring the state’s total to seven, with five of those occurring in patients between the ages of 55 and 74 and the other two cases in patients 35 to 54, according to the OHA’s website. Three of the cases have been linked to travel while the other four are considered to be community spread. Five patients are hospitalized, and the other two are not.

The state is still waiting on 40 test results, as of Saturday morning, and 77 tests have returned negative since January.

Warren said there’s no need for panic in the community and reminded people that contracting the disease requires prolonged close contact of less than 6 feet between people for at least an hour.

“At this point, there is no reason to be alarmed, and the community is encouraged to continue practices that reduce exposure to germs,” she said.

The county is building on the plans developed in 2009 for the H1N1 swine flu virus, Warren said, and refining them to fit this virus.

Warren said Public Health might not know all of the people being tested for the virus in the area because private labs are now testing for the virus as well. Previously all tests were sent to the Oregon Health Authority’s lab. She said this is because the state lab only has a capacity to test 40 people per day.

“We need to have broader capacity, so other routes are being developed,” Warren said.

Any positive tests at private labs would be reported to the county, she said.

While cases that test positive in the state are considered “presumptive” until confirmed by the Centers for Disease Control, Warrens said they don’t wait until they have a confirmation to take action.

“If we have what we call a presumptive case, that means that they had a positive result, at this point, from our state lab. And at that point, we treat them as though they have Coronavirus, then their samples are sent off to the CDC who then do confirmatory testing,” she said. “But at this point, anyone who came back with a presumptive case is being treated as though they have it.”

Warren reminds people that if you think you have symptoms of the virus to call your health care provider before you come into the office.

Oregon Institute of Technology deployed a response team, according to a news release, to develop a plan in case the virus reaches campus or those who spend time there.

The university also has a website for information about the disease as it pertains to students and staff where it warns students to consider avoiding travel to areas with COVID-19 cases as Spring Break approaches March 23 through 27. Oregon Tech has not issued any travel bans, according to the website, but asks that if any students become sick that they delay returning to campus until they don’t have a fever for 24 hours.

Sky Lakes Vice President of Medical Affairs Dr. Grant Niskanen described the facility at Sky Lakes where they would isolate someone who tested positive for the illness as a negative pressure room where the air from the room is vented outside of the building and doesn’t circulate in the hospital’s ventilation system. He also said they have the necessary equipment for health care professionals who would treat any patients to keep them safe from the disease as well.

“If someone comes into the emergency room, and they have a flu-like illness, they’re immediately placed in isolation,” Niskanen said.

While other hospitals and clinics around the country are facing shortages of masks, Niskanen said Sky Lakes is in “okay shape.”

Niskanen said Saturday that he expects to see more cases in the area.

Despite the virus reaching the area, Warren did not recommend any school closures Saturday. She instead reminds people to stay home if sick and to take precautions to stop the spread of germs.

Although symptoms of this Coronavirus can be similar to the flu, Warren noted the flu can often spread before a person has symptoms, but that the Coronavirus typically spreads after someone begins to have symptoms.